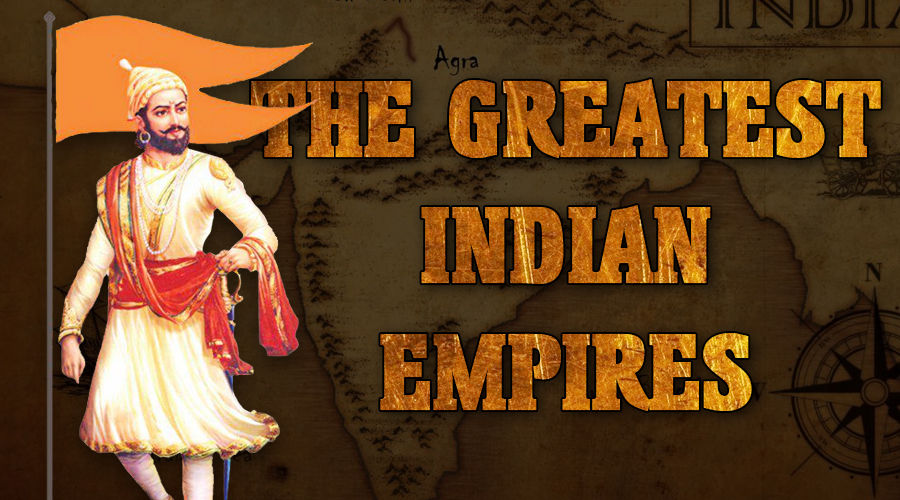 Before India got independence and established a democratic form of government that today happens to be the world’s largest democracy, Monarchy was the way of governance in the country. Even during the time of the British invasion 200 years before the freedom, most of the kingdoms remained under the rule of monarchs/kings. However, it is another thing that most of the kings during the British rule had just symbolic power. India has seen an invasion from the Afghans, Uzbeks, Turks, and Britishers. But despite all these invasions, some of the country’s rules not only managed to thwart the invasions but also expanded their empires till the boundaries of what is today called Afghanistan in the West. These are the top 5 empires that ruled the country for years before the British invasion.

5. Kushan Empire: The rule of the Kushan dynasty that is also spelled as Kusan, was extended in parts of Central Asia in the first three centuries in the world. After nearly 100 years of struggles throughout the 2nd century, Kushan chief Kujula Kadphises unified what was then called the Yuezhi Kingdom. He gained the political control of the territory. The Kushan Kingdom flourished under Kanishka 1 in the first century CE. Regarded as one of the four greatest Eurasian powers, the Kushan Kingdom was instrumental in the spread of Buddhism in Central Asia and large parts of China. The key gifts of the Kushan empire to the region were Mahayana Buddhism and the Gandhara and Mathura schools of art. Trade flourished in the region under this kingdom. The empire declined after the rise of several local powers in India and the Sāsānian dynasty in Iran.

4. Gupta Empire: The Gupta Empire ruled over major parts on the Indian subcontinent, including nearly 65% of today’s India between 320 to 550E. This was the Golden Era of India where the foreign invasion was negligible or very less. Revolutionary discoveries and path-breaking inventions were made during this reign. Technology, engineering, art, dialectic, literature, logic, mathematics, astronomy, religion, and philosophy were the key pillars of the Hindu culture that flourished under the rule of the Guptas. According to the writings of the great 4th century CE Sanskrit poet Kalidasa, the Guptas conquered 21 kingdoms that included both the Indian as well as outer territories including Persia.

3. Maratha Empire: One of the greatest empires to rule over the country, the Maratha Kingdom was spread over a vast area of nearly 2.8 million km square. The Maratha Kingdom is also referred to as the Maratha Confederacy and its foundation was laid by the great Chattrapati Shivaji Maharaj in 1674. Chhatrapati Shivaji was an aristocrat of the Bhosale empire, the empire that set the grounds for the Maratha rule. The Maratha kingdom had nearly 300 forts under its control and it was powered by over 50,000 soldiers. The empire became even more prosperous under the rule of Shivaji Raje’s son Sambhaji or Shambhu Raje, an equally ferocious warrior. The empire fought for Hindu rule and the unification of the country for years while fighting the Afghans and Mughal invaders. The empire declined after the defeat of Peshwa Bajirao II.

4. Chola Empire: The foundation of the Chola dynasty was laid by the third century BCE. The rule of the Cholas lasted for over 1500 years and they even outlasted the great Maurya empire. The Chola Kingdom was established along the Kaveri river and its capital was Tiruchirapalli. Though enough literature is not present about the Cholas, they find a mention in the pillars of Ashoka. Rajaraja Chola was the greatest emperor of the dynasty whose empire included the territories of the Pandyas and the Pallavas. The Chola empire was spread from Kalinga to as far as today’s Maldives. Under Rajendra Chola, territories of Bihar, Bengal, Myanmar, Indonesia, Cambodia, and Andaman came under the reign of Cholas. The culturally rich empire left a legacy with marvelous temples that it built during a reign that are architectural wonders even by today’s standards. The empire of Cholas started to decline with the rise of Chalukyas and ceased to exist after the fall of Rajendra III to the Pandyan Empire in 1279.

Maurya Empire: The Mauryan Empire was the strongest empire to rule the Indian subcontinent and an epitome of strength in the ancient world. The Mauryan empire was founded by Chandragupta Maurya in 322 BCE after he defeated Dhananand of the Nanda Dynasty with his great coach Chanakya. The Mauryan empire was spread throughout India’s boundaries and the territories of Gandhar (Afghanistan), Iran, and several other countries. The empire was the largest to have ever existed in the Indian subcontinent with an area of over 5 million square kilometers under its control. Chandragupta was able to gain control of the territories that fell under local leaders after the defeat of Alexander the great’s army. The Mauryans had the largest army of the ancient world and even a democratic governance setup. The rule faced attacks from Yunans under Chandragupta’s son Bindusara’s rule. However, the entry of Ashoka the Great, the son of Bindusara changed the dynamics and the glory was restored. After the death of Ashoka, the empire started declining rapidly and fell with the death of Brihadratha by Pushyamitra Shunga in 185 BC.