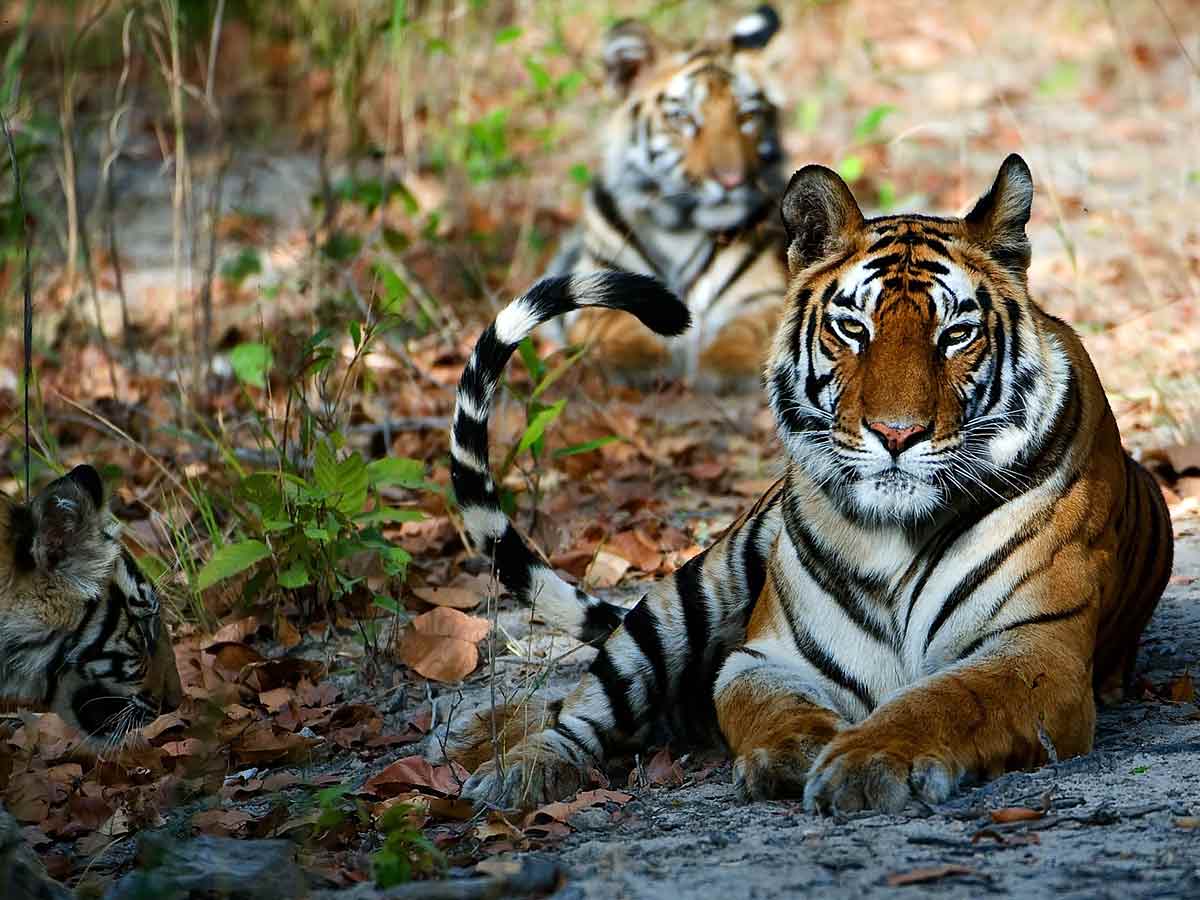 The park is adorned with teak and bamboo thickets, a magical landscape of rugged cliffs, marshlands, and lakes that provide a happy home for a diverse range of animals such as tigers, panthers, hyenas, sloth bears, wild dogs, jackals, barking deer, bison, sambar, and so on. Tadoba is one of India’s best wildlife destinations for a thrilling tiger sighting.

Taru, according to legend, was a village chief who was killed in a mythical encounter with a tiger. Taru was deified, and a Taru shrine now stands beneath a large tree on the banks of Tadoba Lake. The temple is frequented by Adivasis, particularly during an annual fair held in the Hindu month of Pausha (December–January).

The Gond kings once ruled these forests near the Chimur hills. Hunting was outlawed in 1935. In 1955, 116.54 square kilometers (45.00 square miles) of this forest area was designated as a national park. In 1986, the Andhari Wildlife Sanctuary was established in the surrounding forests. The park and the sanctuary were merged in 1995 to form the current tiger reserve.

The marsh crocodile, which was once common throughout Maharashtra, lives in Tadoba Lake.

Among the reptiles found here are the endangered Indian python and the common Indian monitor. Terrapins, Indian star tortoises, Indian cobras, and Russell’s vipers can also be found in Tadoba. A wide variety of water birds and raptors can be found in the lake. There are 195 bird species recorded, three of which are endangered. The grey-headed fish eagle, crested serpent eagle, and changeable hawk-eagle are among the raptors seen in the park.

The winter season (December to February) is an ideal time to visit the Tadoba tiger reserve because several animals, including tigers, can be seen basking in the sun. Another ideal time to visit Tadoba is immediately following the monsoon season (October) when the forest turns lush green. Those looking for tiger sightings can also go in the summer, between April and June. During this period, tigers frequently emerge during the day in search of water.

Tadoba Wildlife Sanctuary offers Jeep Safaris. The following are the times for a Tadoba Jeep Safari:

Safari timings are as follows:

How Do I Get to Tadoba Tiger Reserve?

By Air: The nearest airport is Nagpur (140 km), from which cabs to Tadoba are available.

By Rail: The nearest railheads to Tadoba Park are Chandrapur (49 km) and Nagpur (151 km). Cabs are easily accessible from these two locations.

By Road: The nearest bus stops are in Chandrapur and Chimur, and decent bus service is available to these destinations from a few Maharashtra cities and towns.