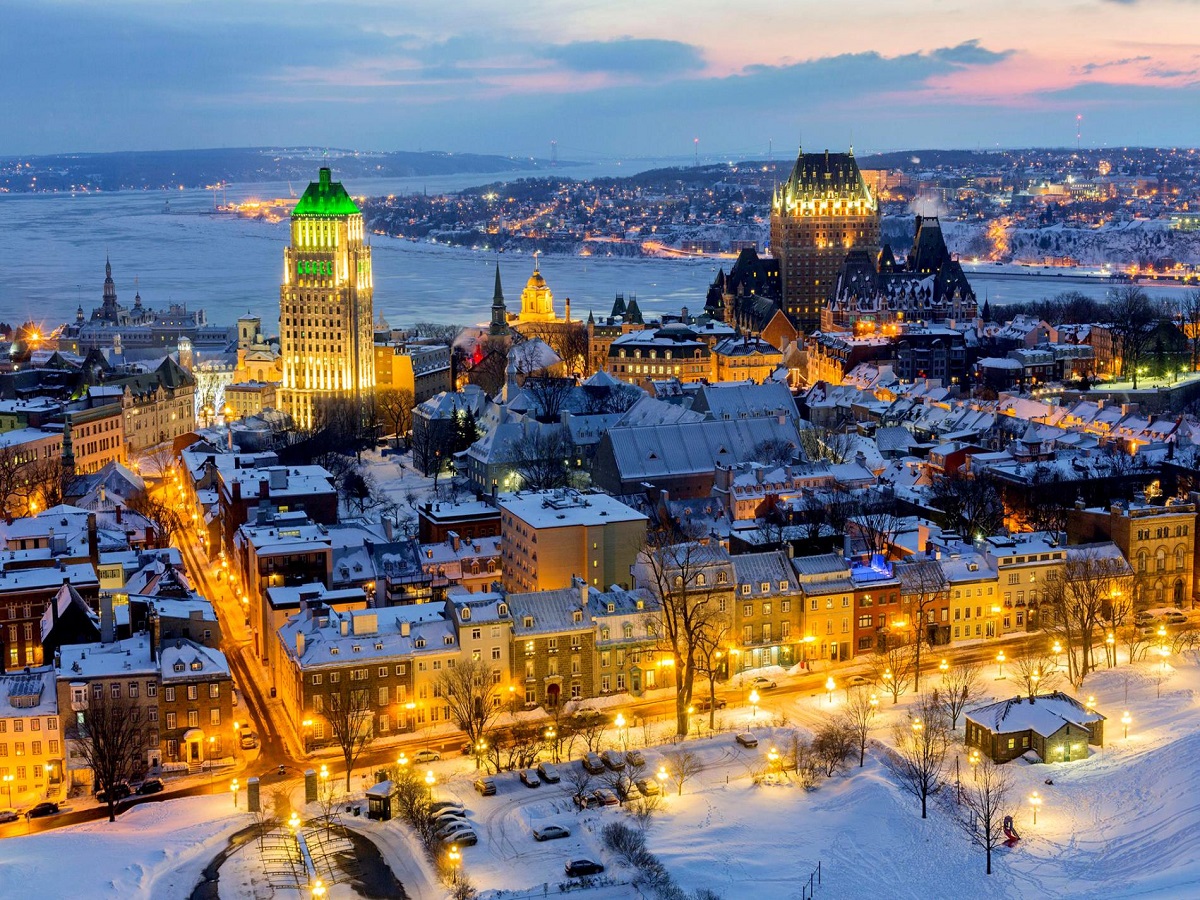 Canada, the world’s second-largest country, has no lack of stunning scenery and interesting locations to be visited by travellers. The nation is home to colourful and culturally diverse communities from coast to coast to coast, along with unbelievable natural wonders. The Rocky Mountains and towns in Vancouver, Victoria, and Calgary dominate most itineraries in Western Canada. Any of the most popular destinations are in Central Canada: Niagara Falls, Toronto, Ottawa, Montreal, and Quebec City. The scenery of Gros Morne National Park, along with the towns of Halifax and St. John’s, have their own distinctive character for those who travel out to Canada’s Maritime Provinces in the east. The North of Canada, where great rivers spill out into the Arctic Ocean, making some amazing territory for canoeists, is off the beaten path, but equally spectacular, and where polar bears can be seen in the wild. The remote beauty of areas such as Nahanni National Park and the towns and cities of Churchill, Whitehorse, and Yellowknife can be visited by tourists. 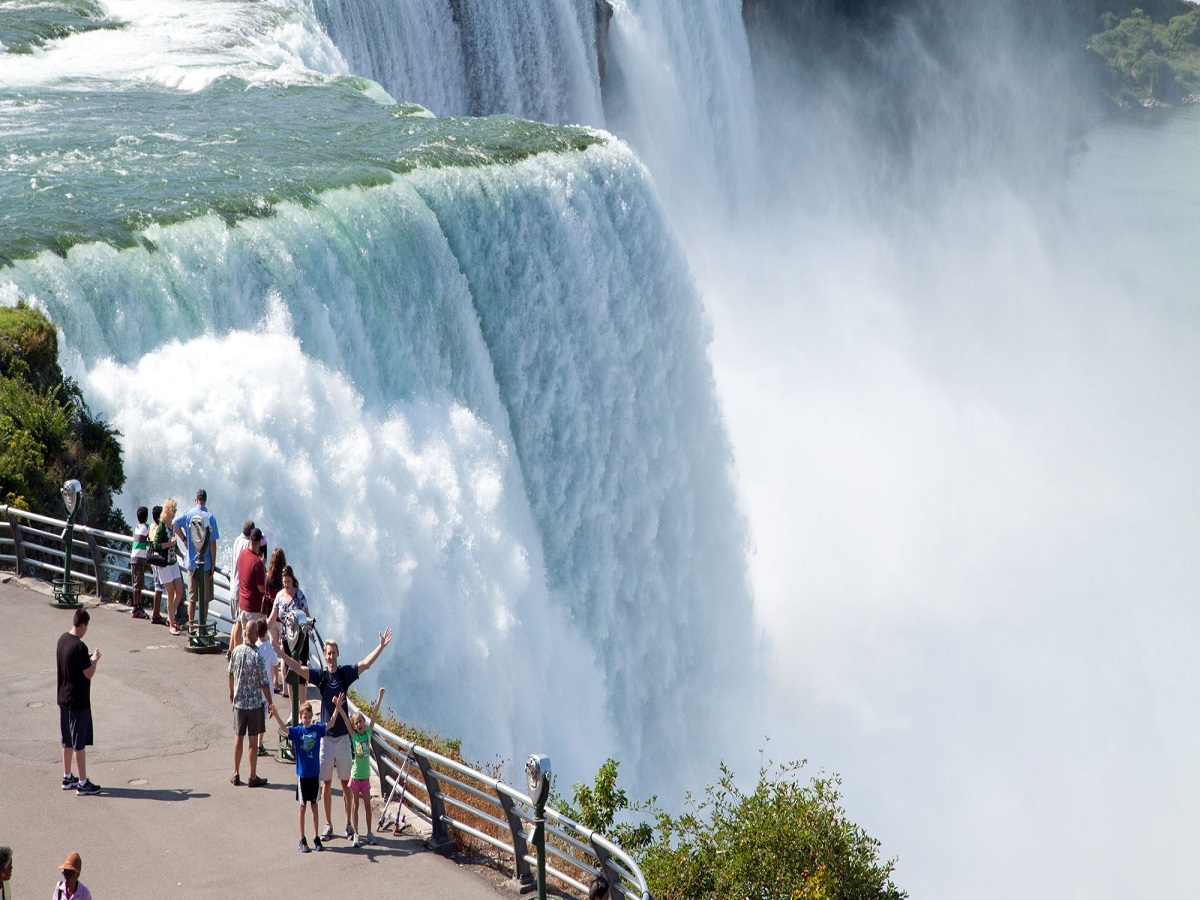 Niagara Falls is the most popular natural attraction in Canada, drawing millions of tourists per year. Located just over an hour’s drive from Toronto, these huge falls fell nearly 57 metres near the American border. At an astoundingly close distance from some main points, you will see the drop. For well over a century, Niagara Falls and the Niagara Gorge have been drawing visitors and daredevils. There were several attempts to dive over the falls in different kinds of handmade vessels and barrels between the mid-19th and mid-20th centuries. This, along with tightrope walkers and other spectacles, contributed to the creation of a carnival-like atmosphere in the nearby town of Niagara Falls that still survives today. Families will love a stroll down the outrageous Clifton Hill of Niagara that leads to the gorge and falls. 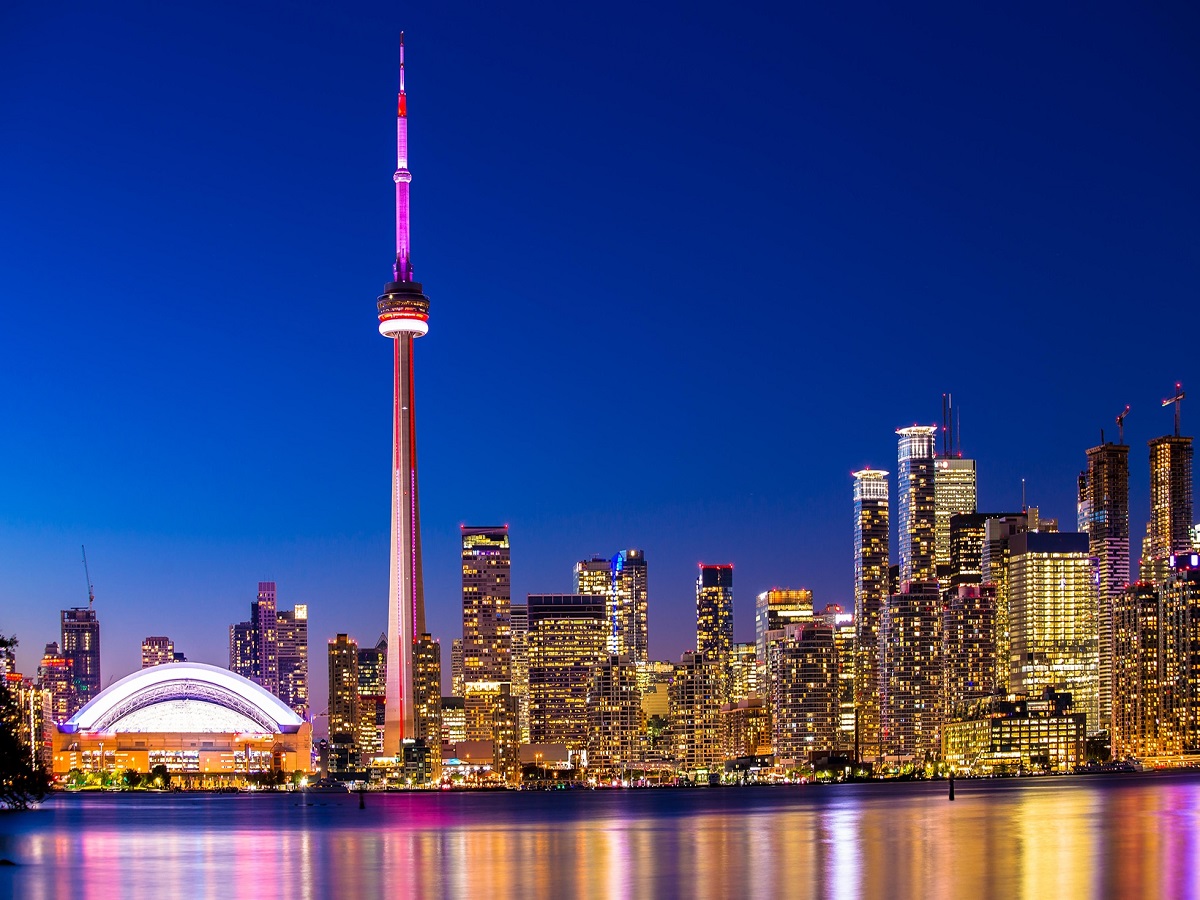 The famed CN Tower, one of Canada’s most prominent landmarks, stands on the shores of Lake Ontario in Canada’s largest city. The tower stands and dominates the skyline at an incredible 553 metres high. At the tip, in the spinning 360 restaurants, you can find fine dining and enjoy a meal while gazing out over the city and bay. The LookOut and the Glass Floor provide wonderful views of the entire area. But for those who chose not to go up the tower will find themselves stopping and looking at the building that is visible in the city from almost everywhere. The tower is illuminated in various colours at night.

A UNESCO World Heritage Site, Old Quebec is one of Canada’s historic jewels. This area is scattered through the Upper and Lower Towns of Quebec and includes the most historic buildings in the region. The site of the original settlement and home to the excellent Fairmont Le Château Frontenac, as well as numerous other gems, is the Lower Town, along the St. Lawrence River. Resting on 100-meter-high cliffs, the Upper Town is home to the Citadel, the Plains of Abraham, Place d’Armes, and the Artillery Historical Park. Old Quebec is one of the most popular historical regions in Canada and has been well established for tourism. Other highlights include, in addition to historical locations, artists exhibiting their works on Rue du Trésor; fascinating museums such as the Musée de la Civilisation; and exclusive shops and restaurants. 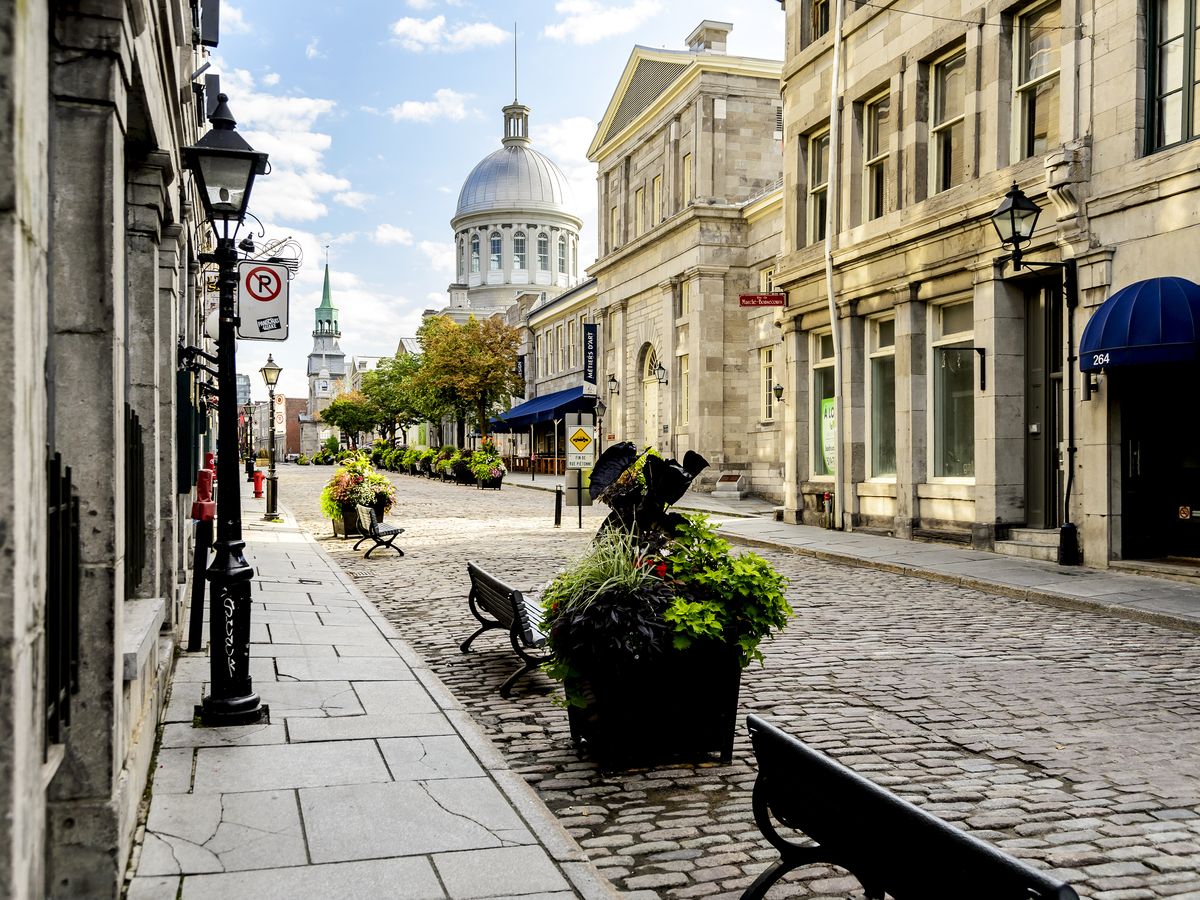 Old Montreal is a place to go for excellent shopping and fine dining, lined with beautiful historic houses. Although Montreal itself is a lively modern capital, where most visitors come to soak up the scenery is Old Montreal, down by the waterfront. Rue Bonsecours and the iconic Marché Bonsecours in the old town hall building, the interior of the magnificent Notre-Dame Basilica, the vibrant Place Jacques-Cartier, and the 1870s City Hall are some of the must-see sites in Old Montreal. 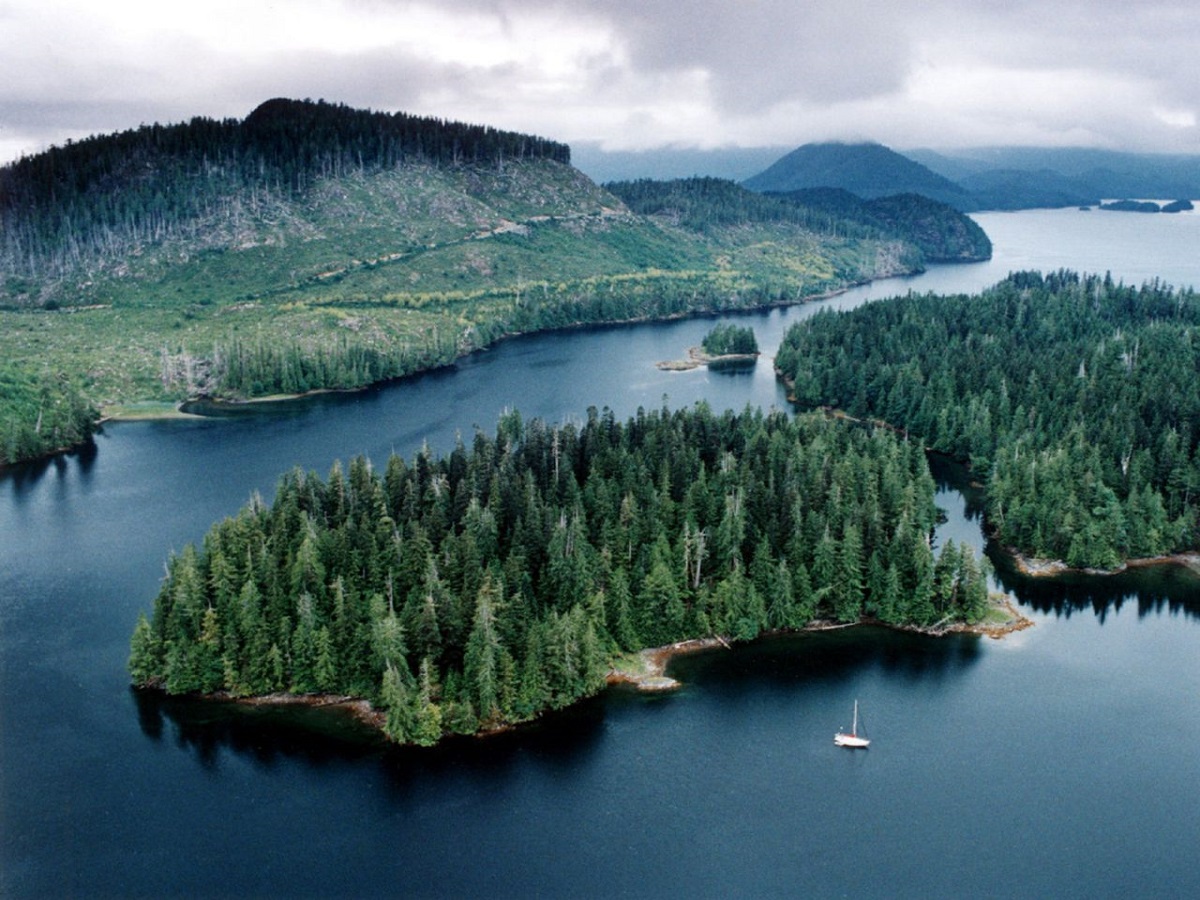 Vancouver Island can seem a world away, even though it is less than a two-hour ferry ride from the mainland. For sightseeing and entertainment, most visitors go to Victoria, the capital city of BC, but if you head north into the wild and isolated landscapes, the island holds some surprising and memorable encounters. On Vancouver Island, nature lovers will hit the best hiking trails and set up themselves at some lovely camping locations. Many looking for more luxury are still able to switch to one of the lodges or resorts on the island. A spectacular sight of enormous ancient forests, sandy coves, and stunning rocky beaches shows itself on the rough west coast as you drive up to Tofino. In the nearby Pacific Rim National Park Reserve, around this small but immensely popular off-the-beaten-path tourist area, you can find amazing hiking trails, endless beaches, fantastic surfing spots, camping, and areas where you can literally soak up nature in peace.