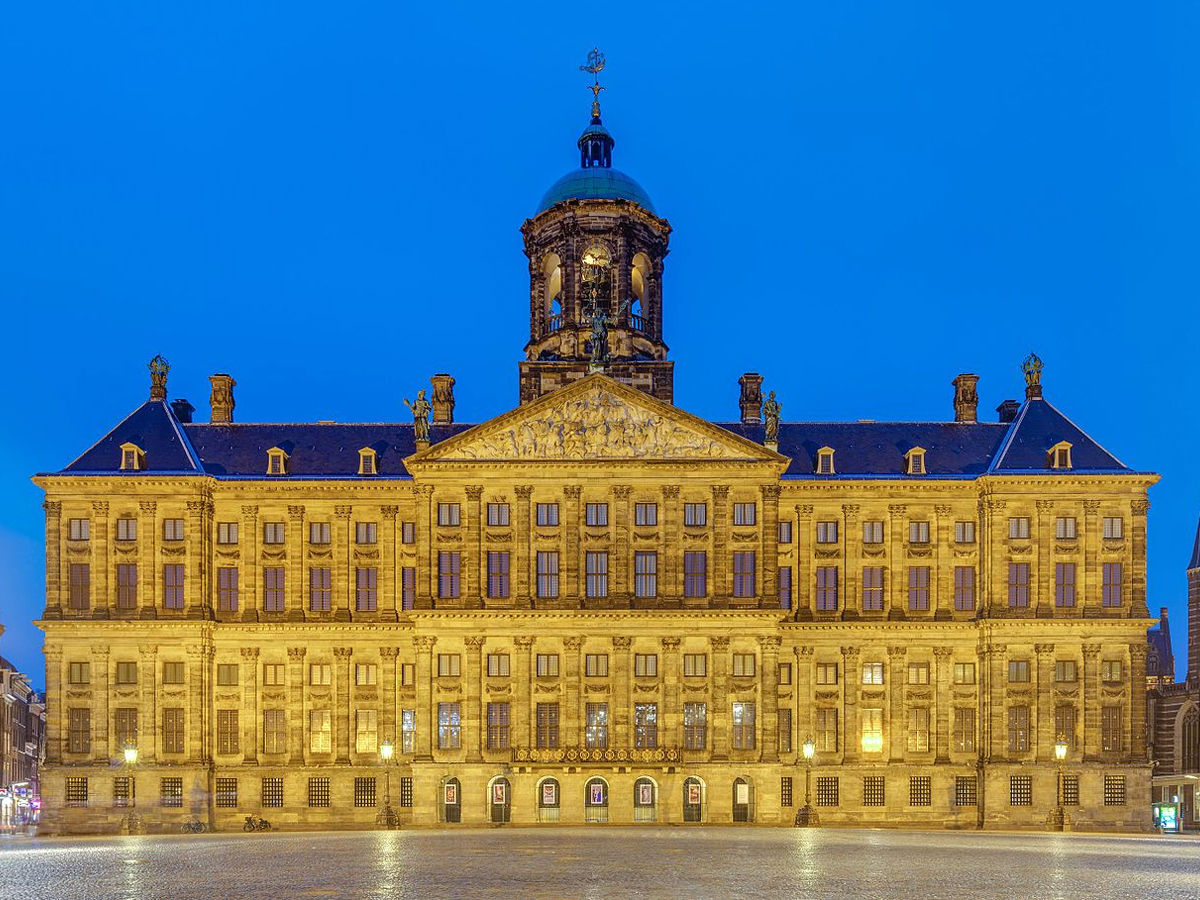 One of the most popular tourist destinations in Europe is Amsterdam, the capital of the Netherlands. Amsterdam is also the leading cultural centre of the world, with its universities, academies, and research institutes, along with over 40 museums, various theatres, and entertainment venues. Furthermore, the city is known for its many well-preserved historic houses, set out in a pattern of concentric segments in the form of a fan and constructed on piles pushed into the solid, sandy bottom up to 18 meters below through an upper layer of clay. All told, some 6,750 buildings from the 16th to 18th centuries are crammed into a 2,000-acre area, dissected by 160 canals (grachten), home to many houseboats themselves. The city’s 90 islands are linked by several picturesque bridges, eight of them old wooden bascule bridges, including the Magere Bridge, one of the most commonly photographed in the city. 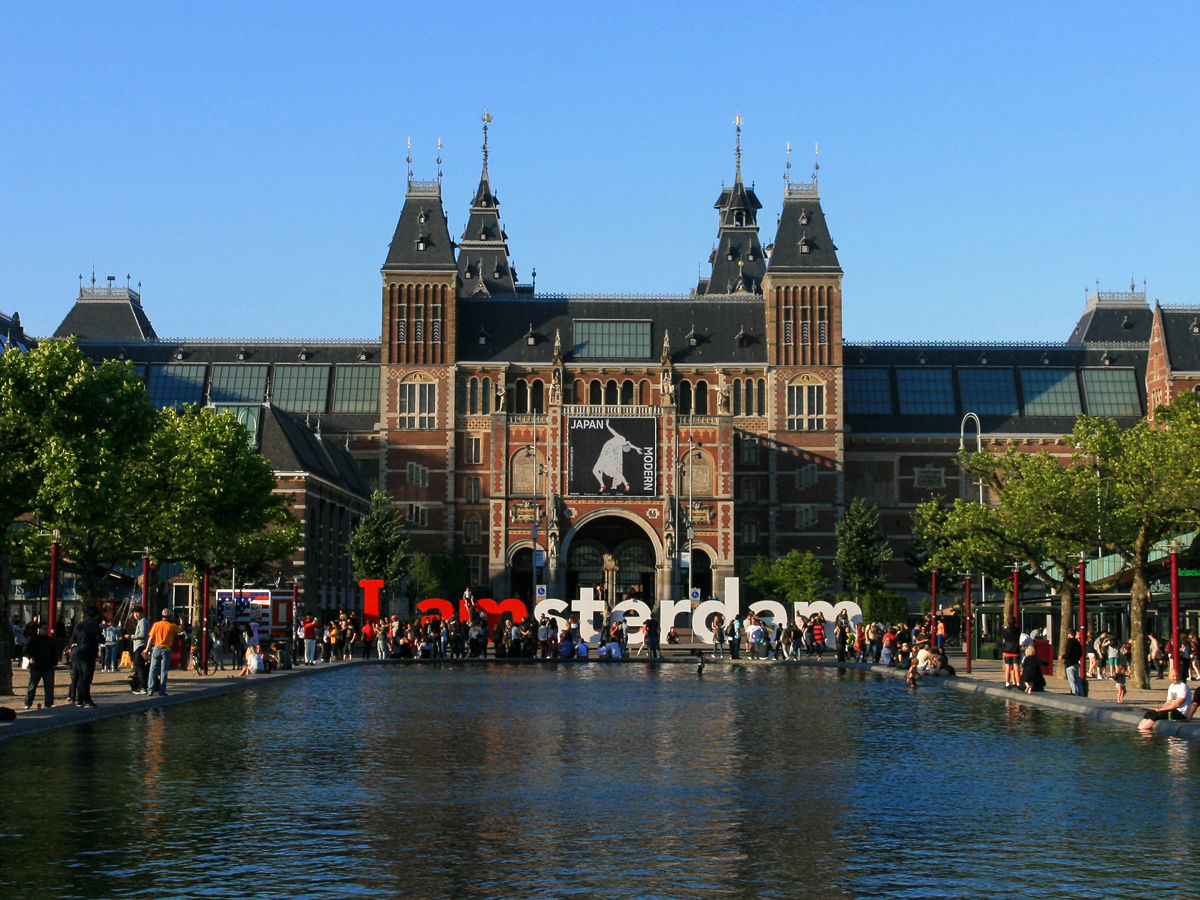 The Rijksmuseum (National Museum) was founded in 1798 to house the country’s immense collection of rare art and antiques, one of Amsterdam’s most famous attractions – and definitely its most valuable art repository. The remarkable collection of the museum contains a million cultural artefacts dating from the 13th century to the present day, including more than 8,000 important paintings in this sprawling building’s 250 rooms. The Rijksmuseum has a well-stocked collection of over 35,000 books and manuscripts, as well as various interesting exhibits dealing with the development of art and culture in the Netherlands, in addition to its paintings. Its collections of classical handicrafts, medieval sculpture, and contemporary forms of art are of particular interest. 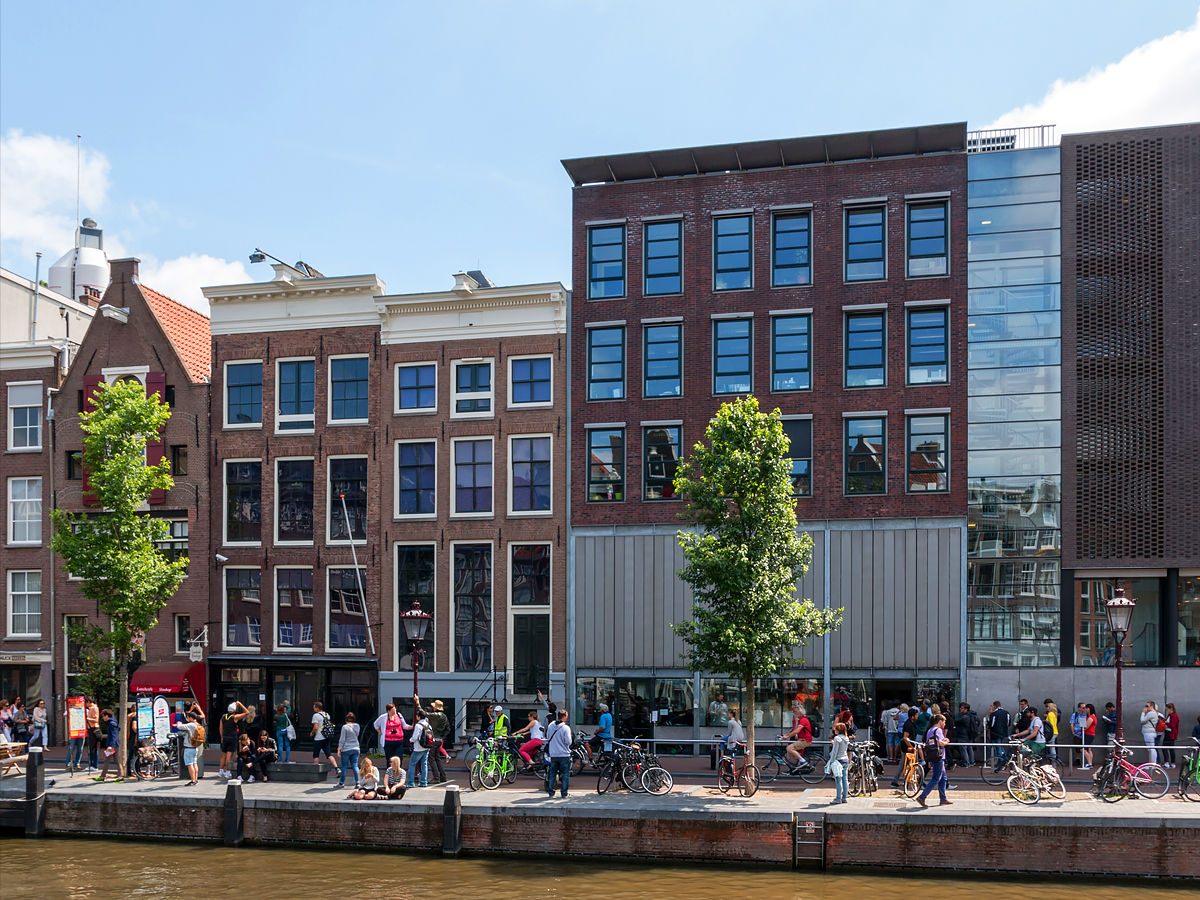 Anne Frank House (Anne Frank Huis) sits on the Prinsengracht. This is the real home in which Anne’s family sheltered for most of WWII, devoted to the all-too-short life of one of the world’s best-known Holocaust victims. They were Jewish refugees from Frankfurt, a German city, and it was here that Anne published a journal that became an international bestseller after the war, just a few years after her death at the age of 15, and just two months before the end of the war. Most of the house, as it was during Anne’s day has been restored and acts as a poignant memorial to a tragic era of history. A word of caution: tickets are sold out up to two or three months in advance, so make sure you prepare accordingly and order your tickets online beforehand.

Also read, 5 Most Breathtaking Deserts In The World 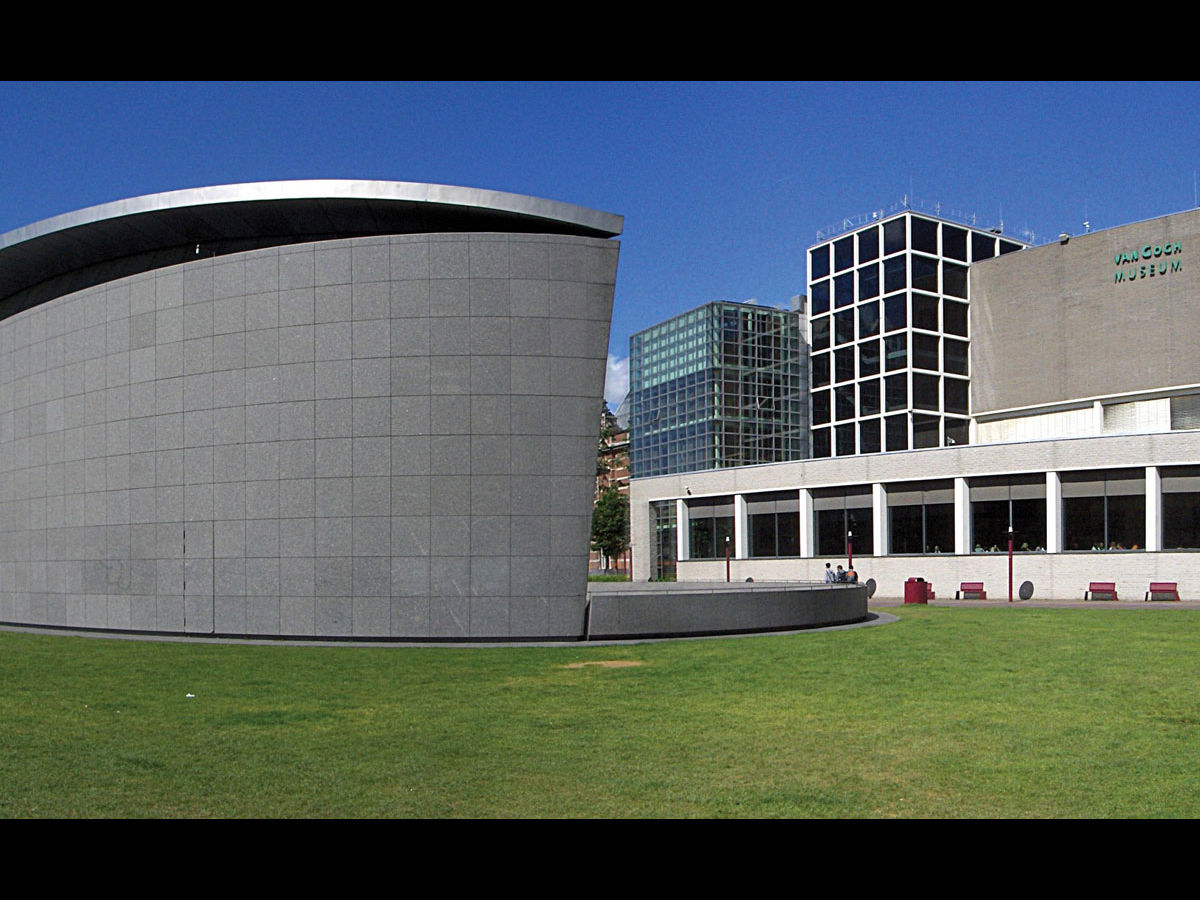 The magnificent Van Gogh Museum, a must-visit for art lovers and historians, has been one of the top attractions in Amsterdam since it opened in 1972. This new Gerrit Rietveld-designed building, devoted to the often troubled life and outstanding artistry of one of the most respected painters in the region, is home to the largest collection of Van Gogh paintings and objects in the world, most of it donated by his brother Theo, and other members of the family. The series is divided into stages of the artist’s life, with a remarkable 200 drawings, 500 etchings, and illustrations, as well as 700 letters written to friends and family: his realistic works, including the popular The Potato Eaters, and his Impressionist era from 1887 to 1890, which saw the development of perhaps his best piece, Vase with Sunflowers. The spectacular “Meet Vincent Van Gogh Experience,” is a fascinating immersive display of the life and times of the painter through vibrant visual reproductions of his art, a highlight of a visit. 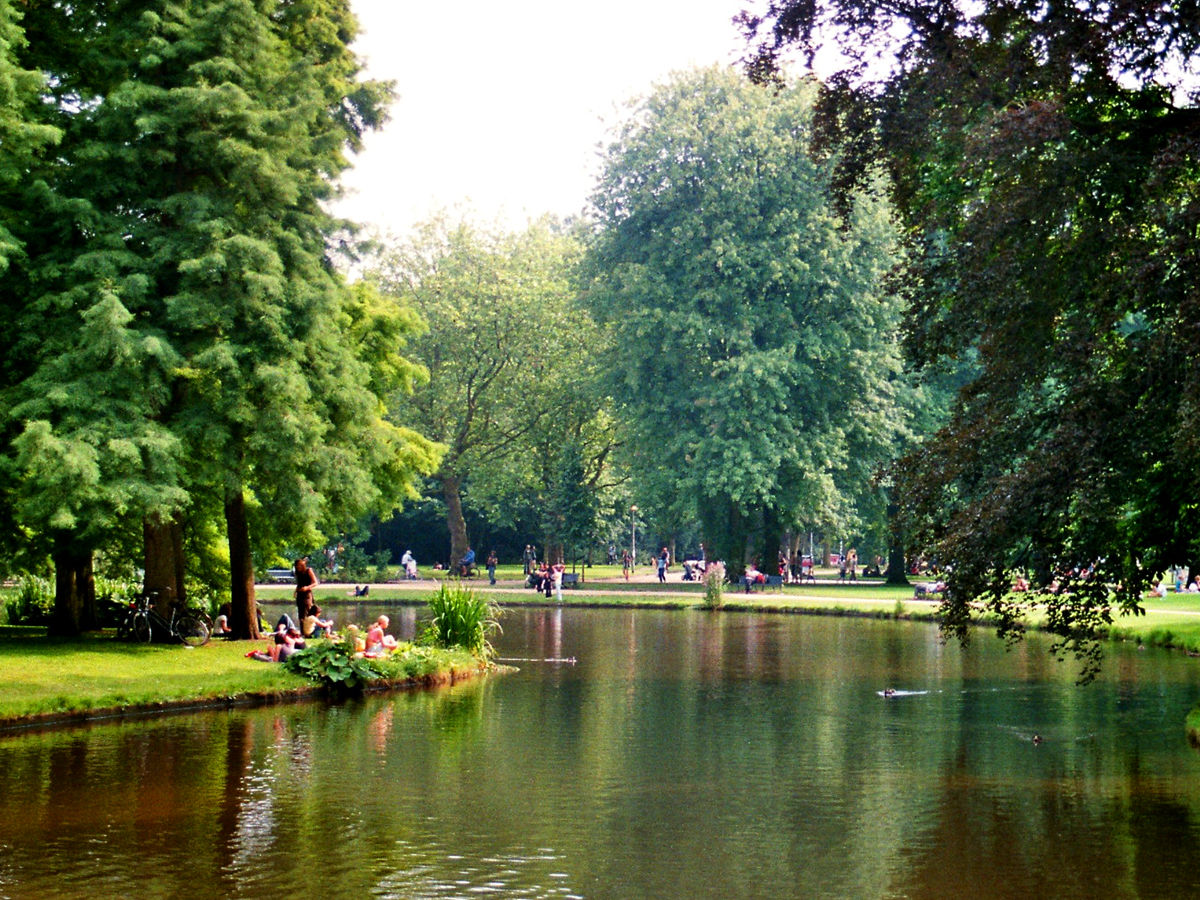 Vondelpark, Amsterdam’s biggest and most visited park, covers 120 acres and has no end of enjoyable activities to do. The park is home to a beautiful rose garden with more than 70 different flower varieties, in addition to expanses of green space lined by quiet ponds and crossed by ample paths. It also has a number of sculptures and monuments, playgrounds, and other leisure amenities, including the renting of rollerblades and the Vondelpark Open Air Theatre, which from May to September acts as a location for musical and stage productions. Do not panic if you have not prepared a picnic: the park is also full of cafes where you can enjoy a snack or a full lunch.

Formerly the Town Hall, the Amsterdam Royal Palace (Koninklijk Paleis van Amsterdam) serves as the residence of the King while he is in the city. When it began in 1648, the building was a monumental undertaking that involved the lowering of 13,659 piles to support the mammoth structure. The exterior is purely classical, based on the architecture of ancient Rome, while the interior is magnificently furnished, its apartments adorned with a wealth of reliefs, ornamentation, marble statues, and friezes, along with ceiling paintings by Rembrandt pupils Ferdinand Bol and Govert Flinck. Other highlights include one of the world’s best pieces of furniture; the City Treasurer’s room with Cornelis Holsteyn’s marble fireplace and ceiling paintings; and the Hall of the Aldermen, which also features paintings by Bol and Flinck. The Council Chamber, sumptuously furnished and one of Europe’s most magnificent staterooms is the largest and most significant room.