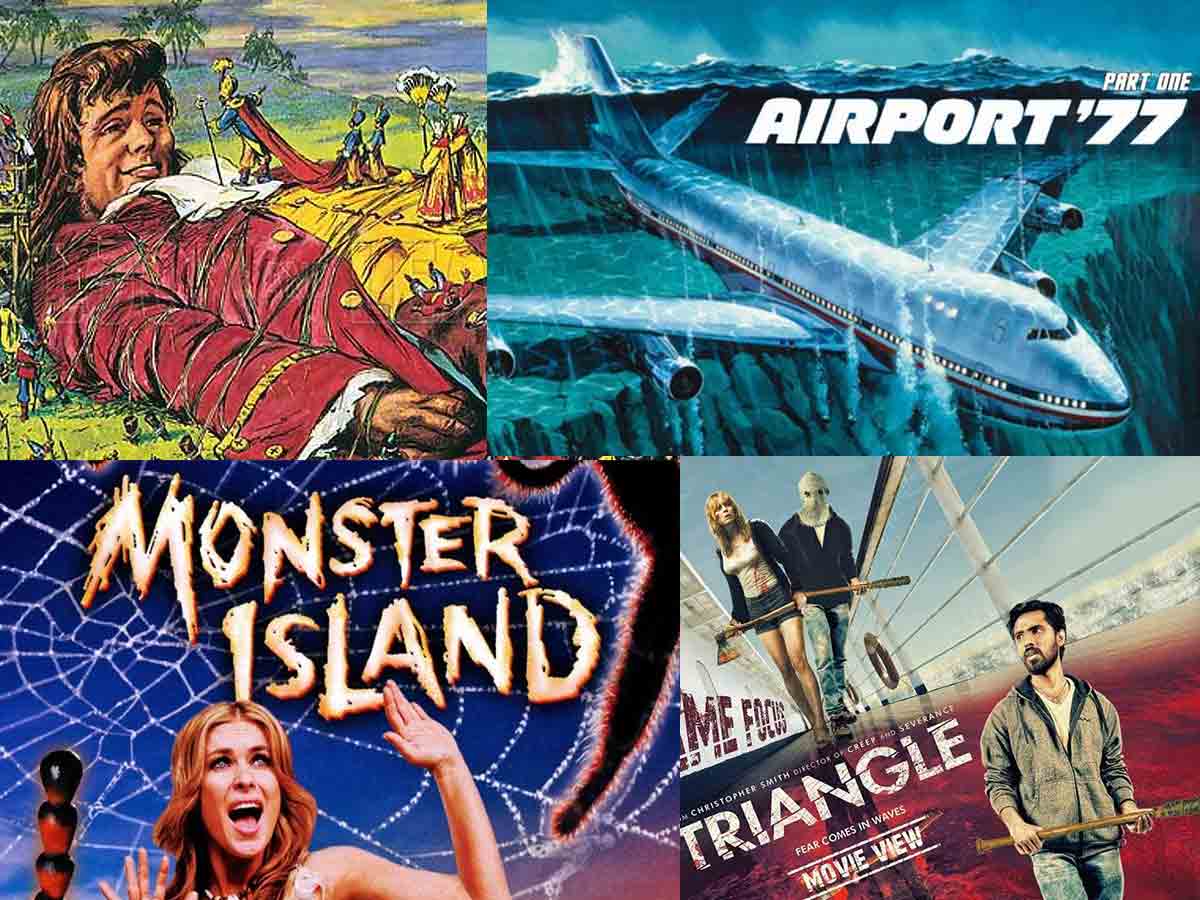 The Bermuda Triangle is an enigmatic location situated around Bermuda, Florida, and Puerto Rico. It’s sometimes referred to as the Devil’s Triangle or Hurricane Alley. It stretches over 440,000 kilometers of sea. Many ships, planes, and thousands of people have mysteriously vanished over the years. It has intrigued many directors to make the Bermuda triangle movies and make them more mysterious.

In 1964, Vincent Gaddis invented the term “Bermuda Triangle. The first instance that drew widespread attention was the disappearance of the USS Cyclops, a Navy Cargo Ship in the region. The ship is carrying almost 300 people. There have been numerous theories for the strange events that have occurred in this location. Some believe there is an alien presence, while others believe there are paranormal phenomena.

The Bermuda Triangle movies are one of the most popular subcultures in international film. This theme has been used by filmmakers in a variety of ways. Let us now have a look at some of the 8 best films based on this enigmatic location.

Airport ’77 is one of the best Bermuda triangle movies survival flicks ever made. It belongs to the genre of aviation catastrophe movies. A multi-millionaire private Boeing 747 transporting many VIPs and a rare collection of art is hijacked. To avoid radar detection, hijackers instruct the pilot to fly the plane low. In the Bermuda triangle, it eventually crashes into the sea. There is now a desperate battle for survival. Airport ’77 is the third part of the Airport film series, directed by Jerry Jameson. The film included many seasoned actors, including James Stewart, Brenda Vaccaro, and George Kennedy.

Strange thrillers are always up for a finger sensation, and films centered on the Bermuda Triangle undoubtedly add to the thrill. When it comes to the Triangle, it is one of the most perplexing journeys, as a group of guests aboard a yacht is forced to abandon it to board a mystery ocean liner. They quickly realize they’d be better off on the upside-down yacht. The ocean liner complicates everything, and they become trapped in a convoluted temporal loop. They just have one option: break it. Be on the lookout for the thrilling rollercoaster journey of mysterious thrills. This thrilling thriller was directed by Christopher Smith. Definitely keep an eye on it.

The Bermuda Triangle movies aren’t necessarily intriguing and exciting. It can also be exciting and humorous. If you don’t trust me, you should read Gulliver’s Travels. The name should be known to you. Gulliver’s Travels is a fantasy and adventure film based on a novel of the same name. Lemuel Gulliver was tasked with traveling to the Bermuda Triangle and writing a report regarding the legends of mysteriously disappearing ships. Gulliver, who got trapped in a storm, winds up on the island of Lilliput, where the residents are incredibly little in comparison to their natural stature. Gulliver’s Travels will be a fun experience.

Monster Island is the most popular Bermuda triangle movie, and The blend of horror and comedy is fantastic. This is one of the most effective and popular genres. Monster Island was one of the first films to explore this genre. What do you expect when you win a trip to the Caribbean? That would be incredible, wouldn’t it? But not for these six pals who have been stranded on a monstrous island in the Bermuda Triangle and are being assaulted by monster insects. A gigantic bug snatches the female lead. Her pals are rushing against the clock to save her and get her off that terrible island. Will they be able to?

5. Beyond the Bermuda Triangle

The mystery surrounding the Bermuda Triangle is the best Bermuda triangle movie. It has become one of the highly expected sub-genres. When the analytical angle is added, the movie can become more appealing. Beyond the Bermuda Triangle is a decent TV program. When a series of ships and planes began to disappear in the Bermuda Triangle, a retired businessman began to explore it. Which quickly turned into an obsession when his lover and her companions became the latest victims of the strange location. This fascinating investigative thriller was directed by William A. Graham, and Fred MacMurray starred in the major role.

Also Read, The Secrets of Unwinding Mystery of JFK Assassination

The Bermuda Triangle movie’s benefit is its mystique. You can say whatever you want since no one knows what occurs when you are entering the zone. The mystery can be anything. As previously said, by entering The Bermuda Triangle, you can be on a tiny island, a monster island, a time-looped ocean liner, and so on. The director of Time Under Fire has revealed a point of entering a time portal. In this science fiction thriller, the crew of a United States submarine enters a time vortex while traveling through the Bermuda Triangle. It travels 80 years into the future (2077), where there is now a one-man dictatorship.

It is a television program that combines horror and drama. It’s one of the best horror and mystery episodes you’ll ever see. Eva and Haig are the central protagonists of Satan’s Triangle. What happens when a lone survivor is rescued? Is it a good buy? The lone victim’s secret intentions can be a terrifying experience. According to the narrative, Satan’s Triangle is a mystery region where solitary individuals carry out the mission of making others their prey, and so on.

Fond of mystery The island is one of the Bermuda triangle movies, and its plot is Many boats have vanished in the last three years. When he and his adolescent son, Justin (Jeffrey Frank), leave the Florida coast, their boat is shanghaied by a band of pirates lead by the dictatorial John David Nau (David Warner). The pirates, living in the area unmolested for decades, consider father and son as new blood for their increasingly inbred tribe. Because of its general bizarre nature, this one has a cult following. This film has inappropriately humorous, strangely offbeat, inexplicable nudity, and mud sexplay, to name a few of the bizarre elements. Watch it without pretension or judgment.