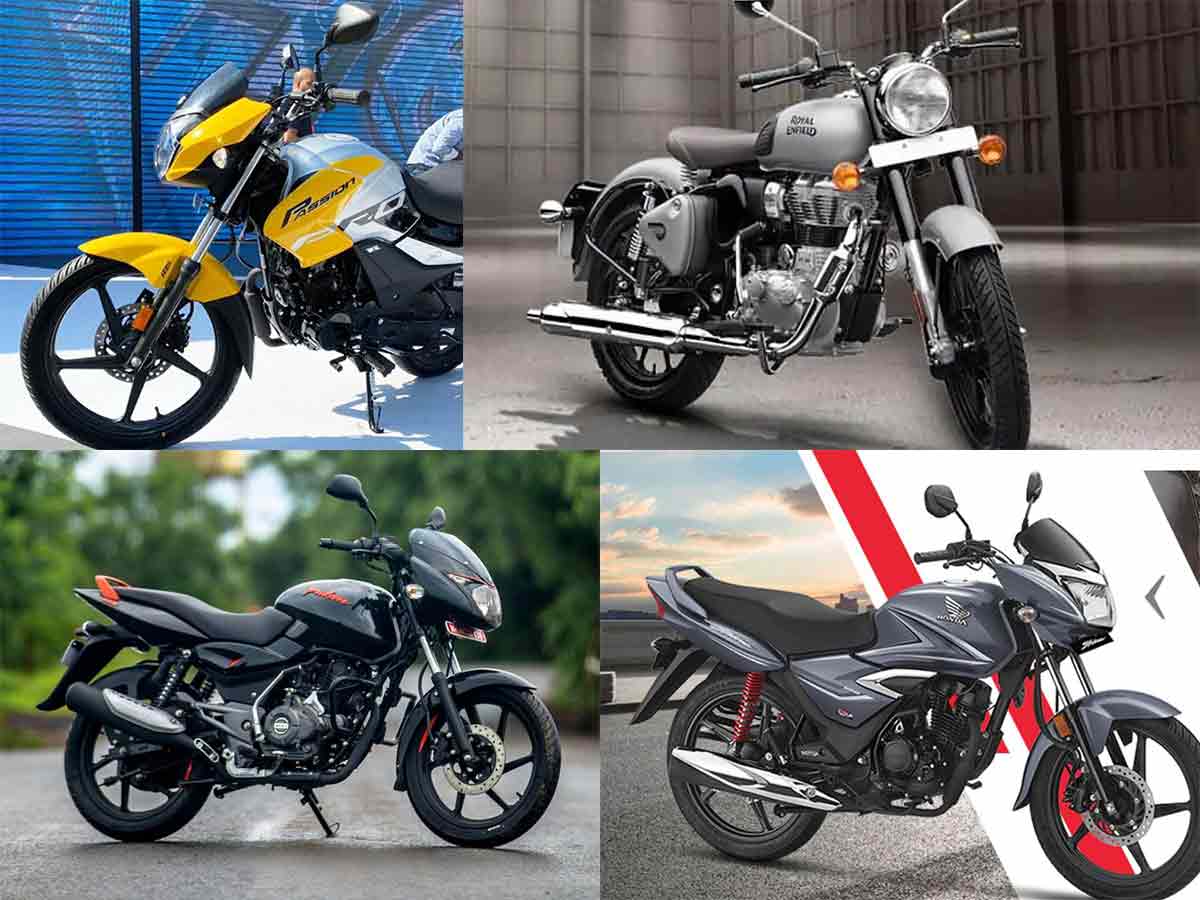 Here is a list of the ten best bike in India for middle-class families. Check out these top-rated bikes for families, including costs, specifications, features, versions, and more.

So lets get at it without further ado 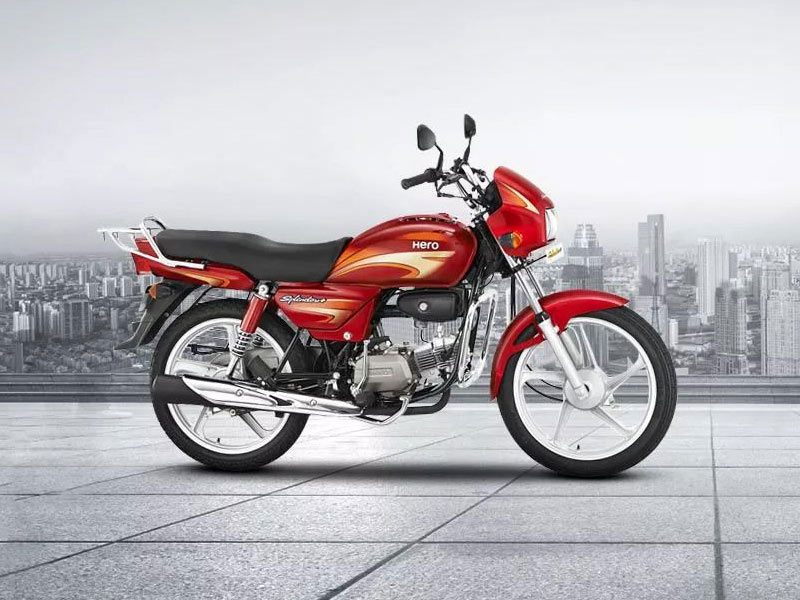 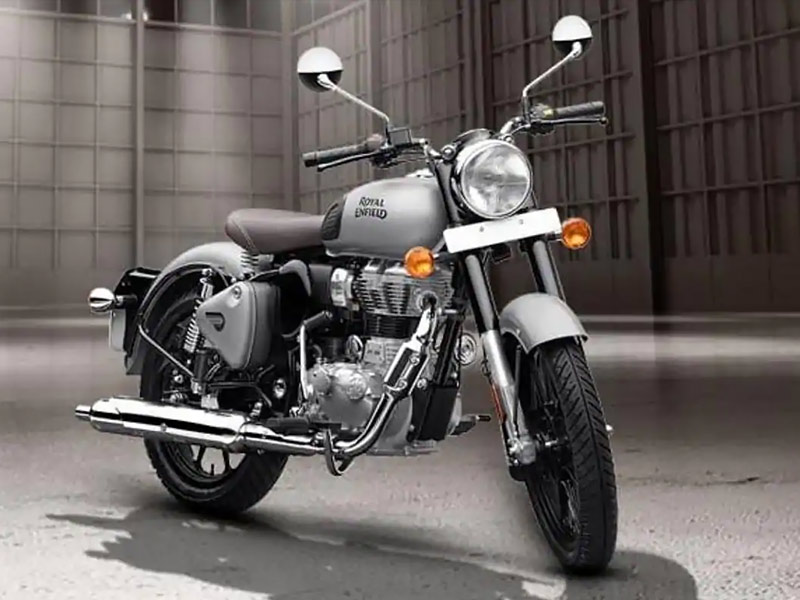 The Royal Enfield Classic 350 is one of India’s best-selling motorcycles. The motorcycle has a vintage look and produces a thumping sound. It is one of the greatest bikes for a family because of its easy-riding characteristics and aesthetics. The 346cc air-cooled single-cylinder engine in the Classic 350 produces 19.8bhp and 28Nm of torque.

The TVS Radeon is a straightforward motorcycle with a luxury feel. A simple design combined with a tough approach results in an ideal 110cc commuter. The TVS Radeon is backed by a 109.7cc single-cylinder air-cooled engine with a maximum power point of 8.2bhp and a peak torque output of 8.7Nm. The rear wheel is driven by a 4-speed transmission. The TVS Radeon also includes LED DRLs, a USB charging port, electric start, alloy wheels, and Synchronised Braking Technology. 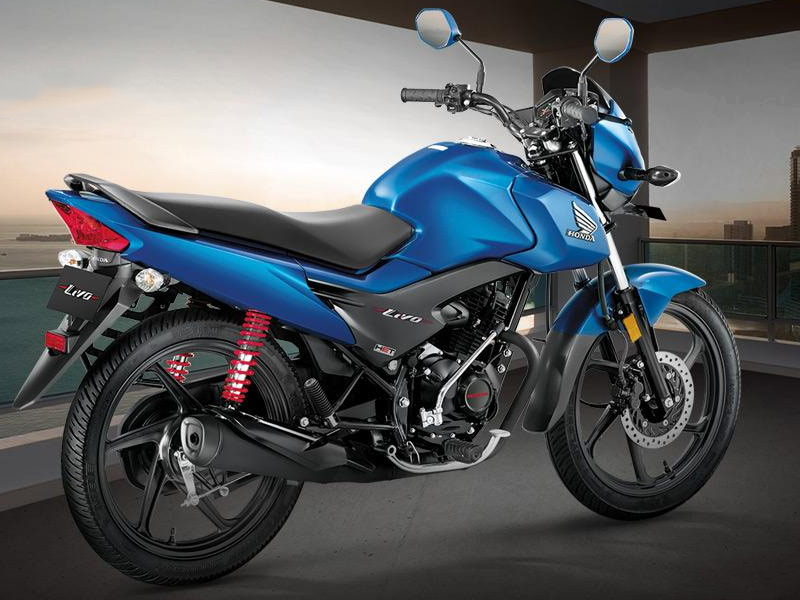 The Honda Livo specializes in the 110cc commuter segment and is the most attractive motorcycle in the category. The Livo is based on the same diamond structure as the Twister, allowing Honda to compromise between beautiful design and maximum efficiency. The Honda Livo is powered by a 109cc air-cooled single-cylinder engine producing 8.3bhp and 9.09Nm of peak torque. The engine is mated with a 4-speed transmission, and Honda claims a fuel economy of 63km/l while the Livo weighs 111kg. 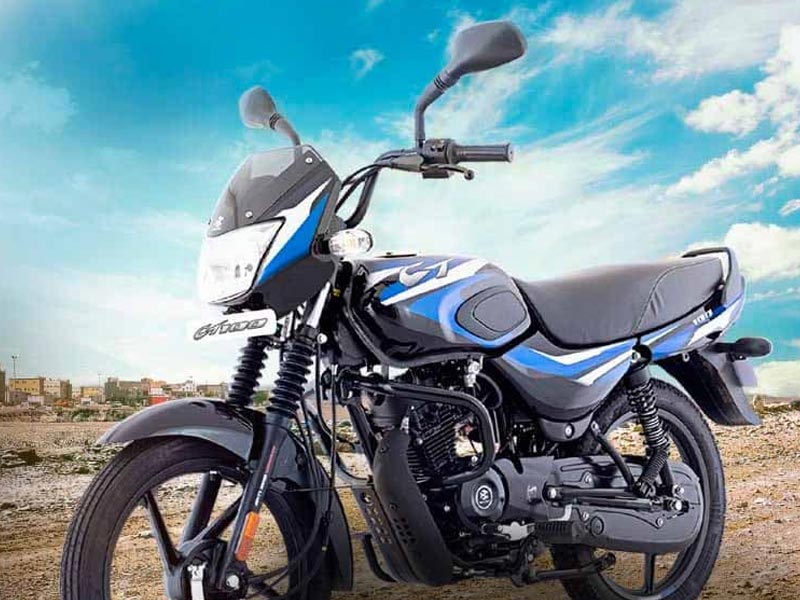 The Bajaj CT 110 is an updated version of the CT 100, featuring a larger engine that provides more power and performance for smooth rides in metropolitan settings. It is reasonably priced at Rs 46,259 ex-showroom.

This bike is equipped with a 115.45cc air-cooled single-cylinder engine with a simple 2-valve head. The fuel-injected engine can produce a maximum output of 8.48 bhp at 7000 rpm and a power factor of 9.81 Nm at 5000 rpm. A multi-plate clutch connects this engine to a 4-speed transmission. The CT 110’s performance is acceptable for city riding.

Following the termination of its Discover brand of bikes, Bajaj has made its presence felt in the commuter segment. H-Gear denotes that the Platina 110 has a fifth gear, bringing the gearbox’s total number in the gearbox to five. The inclusion of a fifth gear also improves fuel efficiency by lowering engine speed on extended excursions.

The same 115.45cc single-cylinder engine powers the Bajaj Platina 110 H gear. The 2-valve head SOHC engine generates a maximum output of 8.48 bhp at 7000 rpm and a maximum torque of 9.81 Nm at 5000 rpm. The torque is class-leading, and the vehicle accelerates quickly off the line. However, at 122 kg, the bike is slightly heavier than most other bikes in the competition. 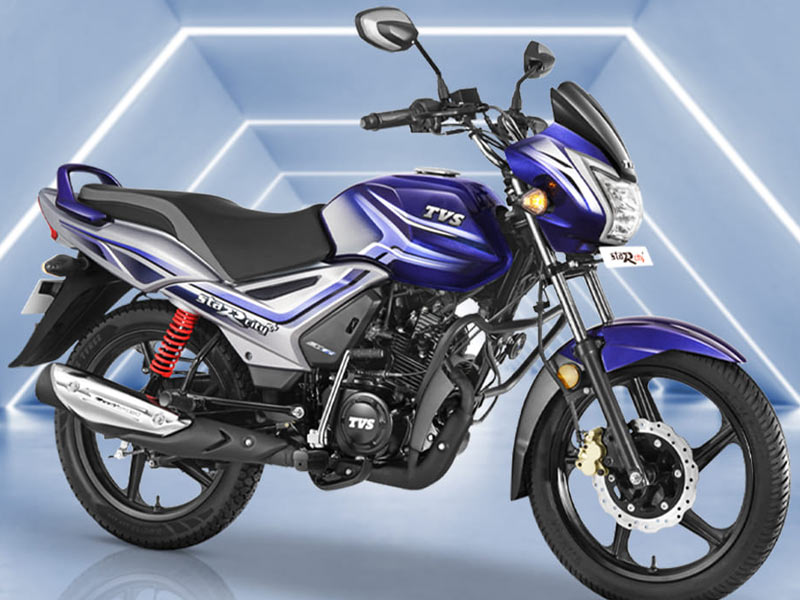 The TVS Star City Plus is powered by an air-cooled, single-cylinder 109.7cc engine with a two-valve head for breathing. At 7350 rpm, this motor produces 8.08 horsepower and 8.7 Nm torque at 4500 rpm. The engine is with a 4-speed transmission. It features an Eco Thrust fuel injection system that is designed for high fuel economy.

In terms of fuel efficiency, the bike can deliver real-world mileage in the area of 70km per liter, which is an incredible figure. To attain this kind of number, you must take it easy on the throttle. This bike’s fuel tank can contain 10 liters of gasoline, allowing you to travel up to 700 kilometers on a single tankful. 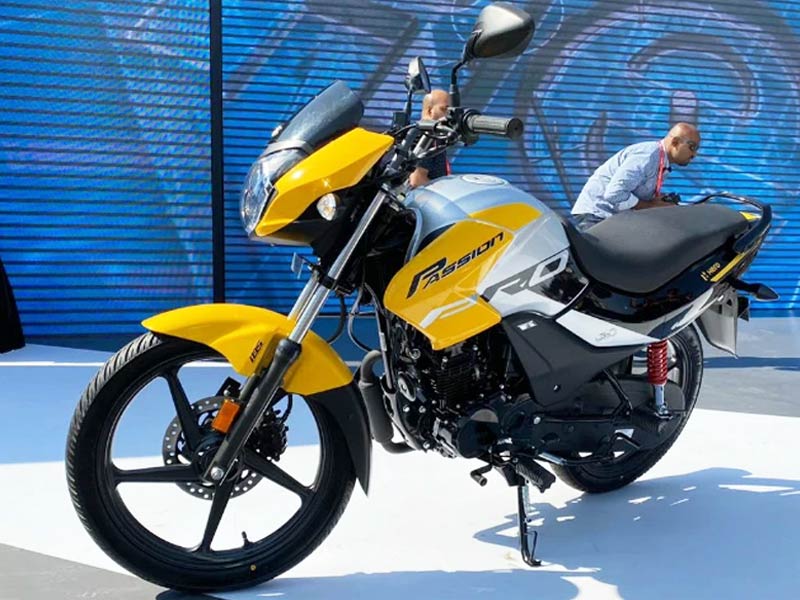 In the Passion Pro, the manufacturer has unveiled a novel engine that displaces 113.2cc. The air-cooled, single-cylinder engine coupled with a 2-valve head produces 9.02 bhp at 7500 rpm and 9.89 Nm of max torque at 5000 rpm. The torque curve is flat, which aids in crawling through city traffic. Unfortunately, the engine is paired to a 4-speed gearbox, which could have been a 5-speed unit given the bike’s high price tag.

The Hero Passion Pro has a fuel efficiency of roughly 60 kilometers per liter. This engine has demonstrated that Hero MotoCorp can create new engines from the ground up and delivered them by market and competition standards. 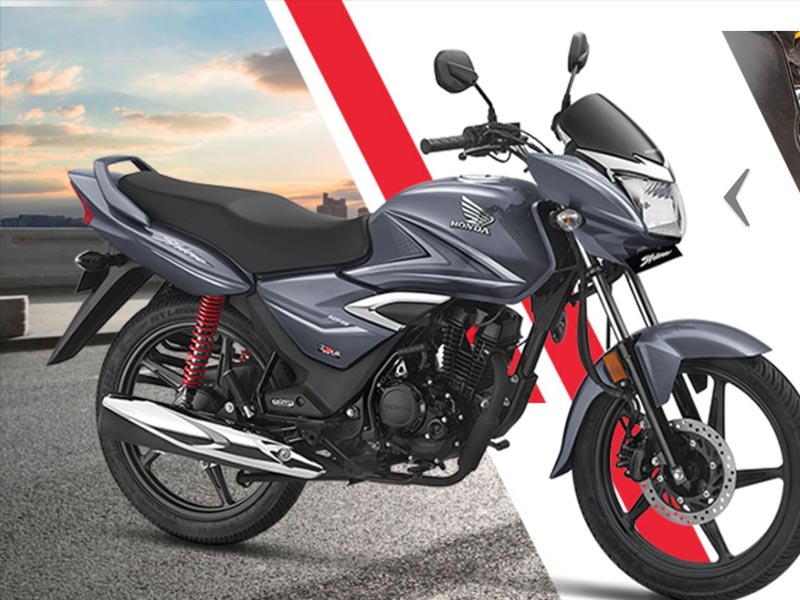 This list would be incomplete without mentioning Honda’s best-selling 125cc motorcycle, the Honda Shine 125. In September 2020, Honda Shine sold 1,18,000 units, the greatest total for the 125cc family commuter bike. Shine is well-known for its exceptional dependability and little maintenance requirements.

The Honda Shine is powered by a 124cc air-cooled, single-cylinder engine with a 2-valve head. This motor is configured to produce 10.59 horsepower at 7500 rpm and 11 Nm twisting force at 6000 rpm. The engine is coupled to a 5-speed transmission through a multi-plate clutch. The chain is covered in a metallic casing to protect it from dirt and dust, which greatly extends its life.

Also read, These Bikes might break the Sound Barrier 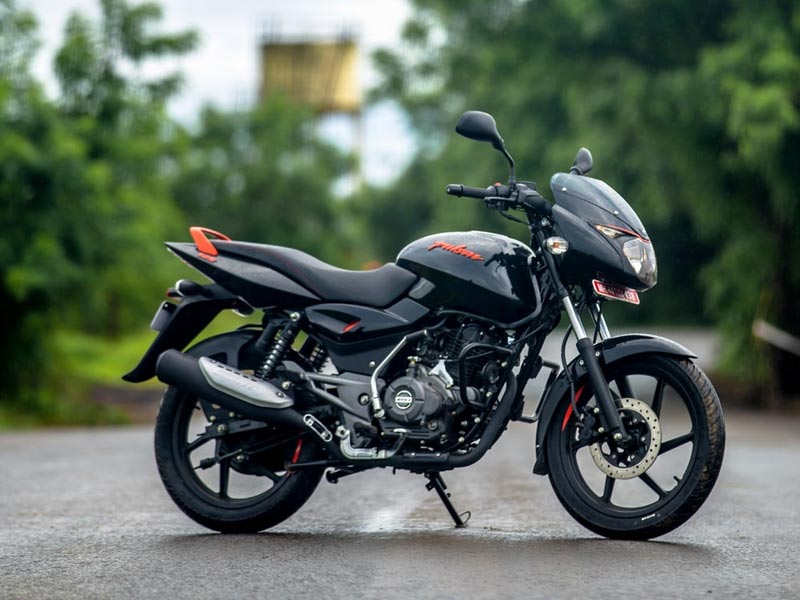 The Pulsar 125 was introduced last year in an attempt to capture the burgeoning 125cc market. Initially, it was speculated that the business would release another Pulsar 135 LS copycat motorbike with a 125cc engine.

On the other hand, the business stunned everyone with its iconic Pulsar design, which featured a fuel-efficient 125cc engine. The Bajaj Pulsar 125 swiftly gained popularity and a substantial market share in the 125cc sector. The majority of Pulsar 125 sales resulted from the cannibalization of Pulsar 150 sales, as fewer consumers chose the 150cc bike when a 125cc Pulsar was available for a considerably lower price.

The Pulsar 125 is powered by a 124.4cc, single-cylinder engine with a simple engine head and two valves for breathing. This engine can produce 11.64 bhp at 8500 rpm and 10.8 Nm of torque at 6500 rpm. These figures are enough for city journeys and the rare interstate excursion. The engine is paired to a 5-speed transmission with carefully spaced gears for overall rideability.