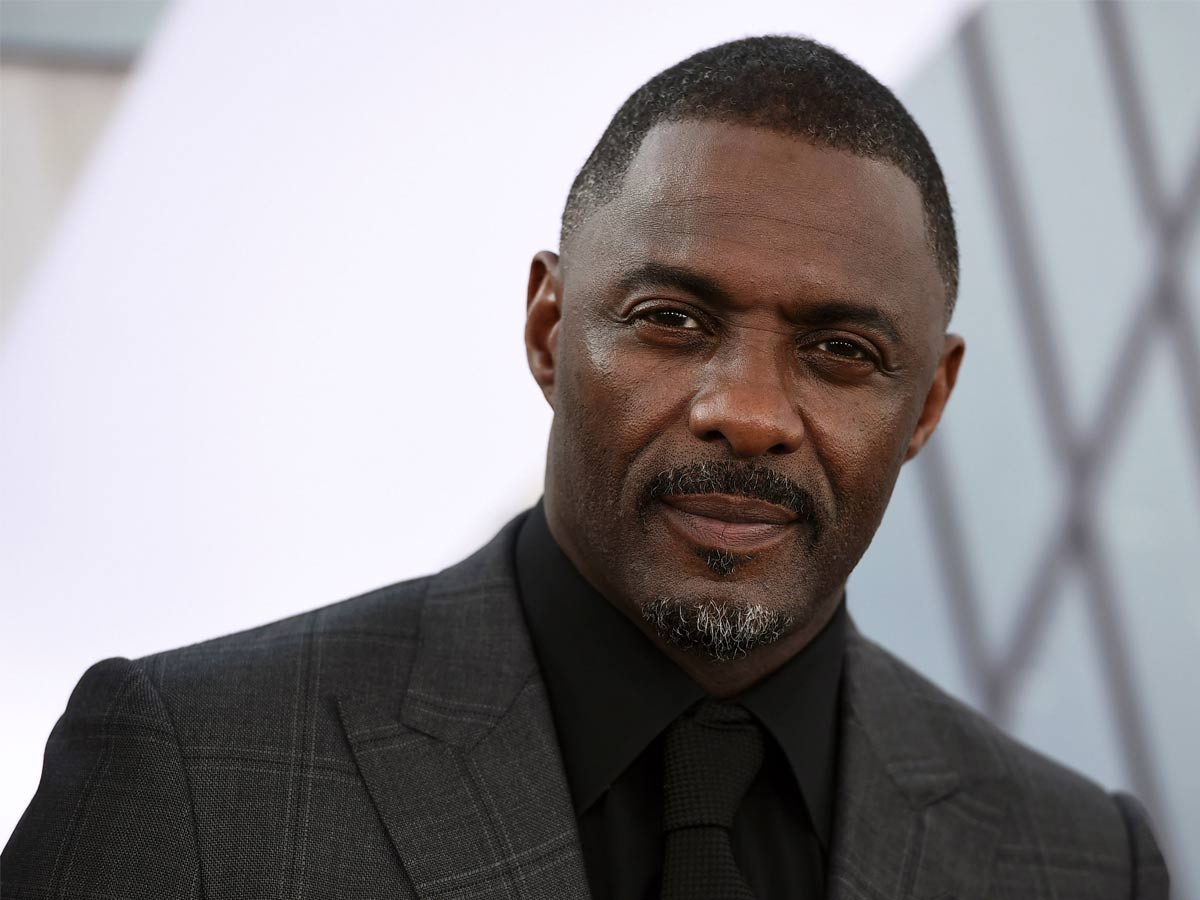 Idris Elba, full name is Idrissa Akuna Elba. He was born on 6th September 1972 in London, England. He is an actor, writer, producer, rapper, singer, songwriter, and DJ from England. Stringer Bell in the HBO series The Wire, DCI John Luther in the BBC One series Luther, and Nelson Mandela in the movie named Mandela: Long Walk to Freedom are among his credits (2013). He was recognized for a Golden Globe Award for Best Actor – Miniseries or Television Film four times, winning one and was considered for a Primetime Emmy Award five times.

Throughout his career, Idris Elba has played a wide range of roles in television and film. While the quality of such films and shows has been erratic, Elba has consistently delivered a dedicated performance. He is difficult to detest because of his undeniable appeal, whether he plays the hero, the villain, or someone in between. Fans of Idris Elba have a lot to look forward to with intriguing new projects on the way, such as the Fast and Furious spin-off Hobbs and Shaw and Mad Max director George Miller’s upcoming project.

In the meantime, we can enjoy his prior work. Here are the top ten Idris Elba movies to date. 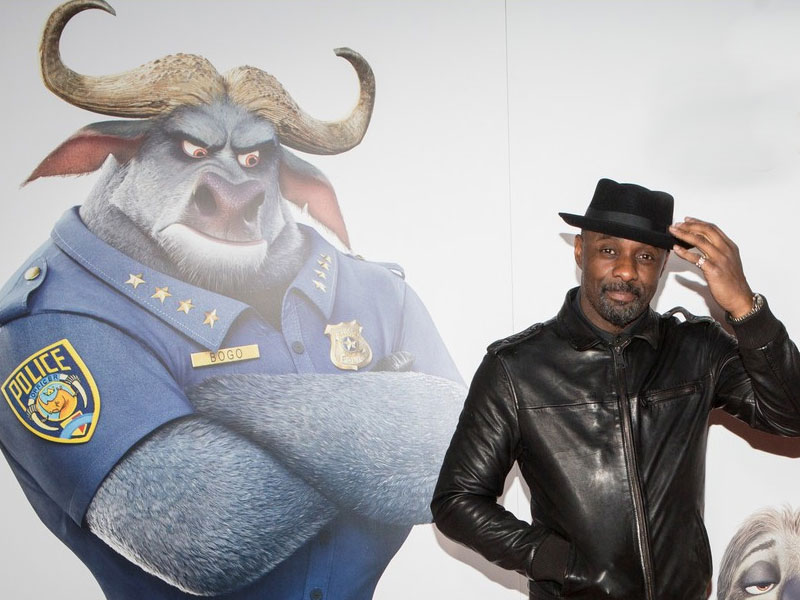 With Disney’s recent masterpiece, Zootopia, Elba provided his iconic voice to an animated picture for the second time. The story follows a young rabbit who comes to the big city to pursue her dream of becoming a police officer. There, she joins forces with a con artist fox to uncover a plot. Elba plays Chief Bogo, the no-nonsense police chief.

Zootopia is a visual delight because of the breathtaking animation. There are plenty of chuckles to keep both parents and children entertained. Aside from the fun and comedy, the film has a really profound and intelligent message at its center that is vital for people of all ages. 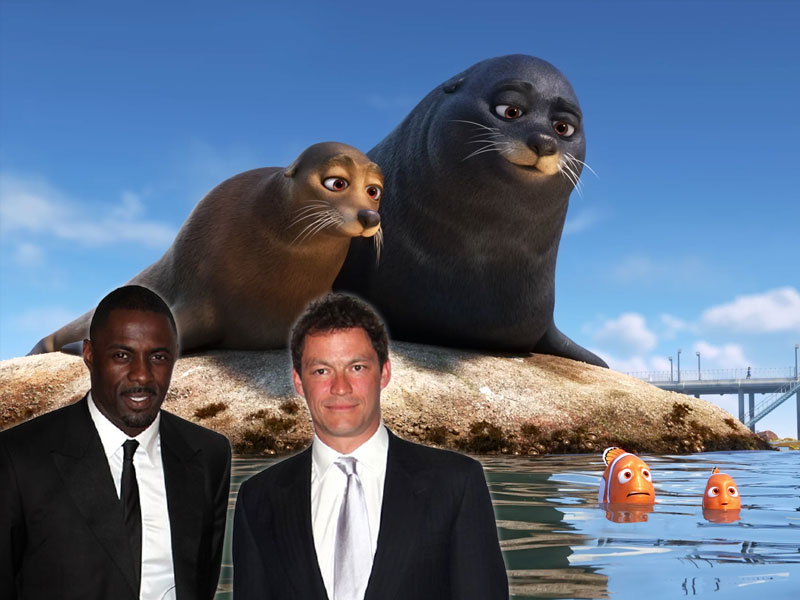 In this highly anticipated sequel, Elba joined a renowned group of performers who have offered their voices to the world of Pixar. Finding Dory follows the titular forgetful fish on her quest to reunite with her long-lost parents. Idris Elba reunited with The Wire co-star Dominic West to play a pair of sluggish sea lions.

The sequel plays up to its predecessor’s reputation, presenting a joyful and amusing animated journey. It’s another example of Pixar’s ability to blend a thought-provoking message with family enjoyment.

Also Read, The Most Entertaining Samuel L Jackson Movies You Can Watch

3. Beast of no Nation 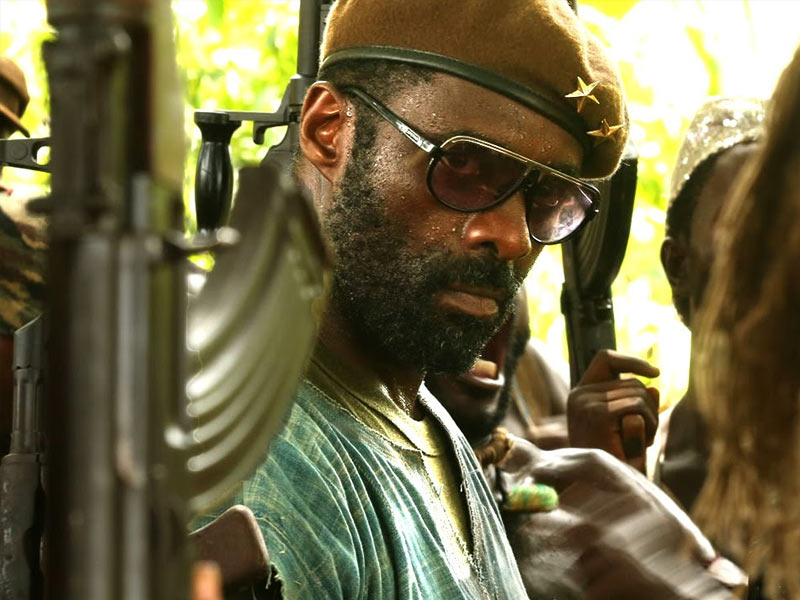 When the Thor franchise began to feel boring, Taika Waititi, an exceptionally innovative filmmaker, stepped in to give it a fresh new feel. Thor: Ragnarok follows Thor on a cosmic journey as he is imprisoned on a strange planet. At the same time, the wicked Hela seizes control of Asgard and threatens to destroy it.

Waititi’s distinct sense of humor works surprisingly well in this heroic story, reinventing Thor in a far more pleasant light. The action is exciting, there is a slew of new characters, and it continues to build to the MCU’s narrative in novel ways. 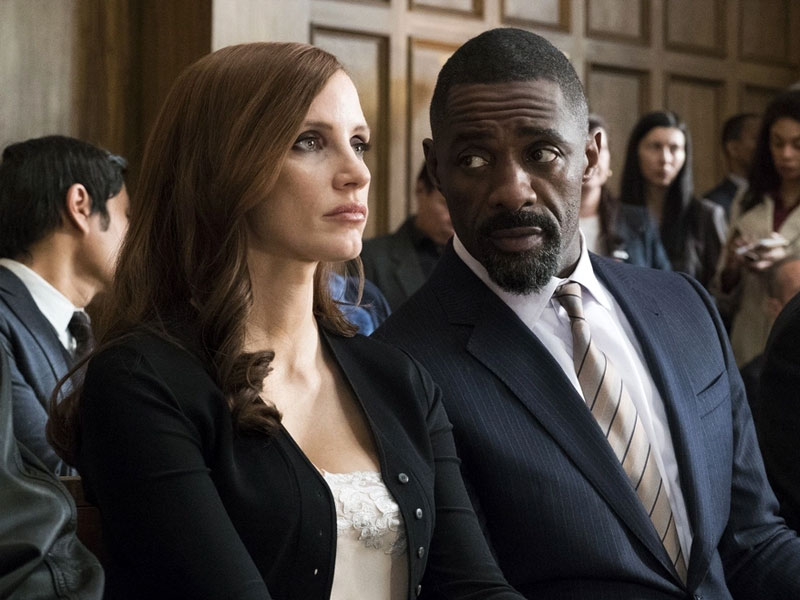 There are times in movies when there are no good guys or evil people – when the characters aren’t in the right but are in the wrong in such a way that you can’t help but root for them.

In Molly’s Game, Elba plays the title character’s lawyer, Charlie Jaffey, which follows the queen-pin of an underground poker empire. While Jaffey is attempting to protect a bad guy, Elba’s portrayal of the character will have anyone rooting for both characters. 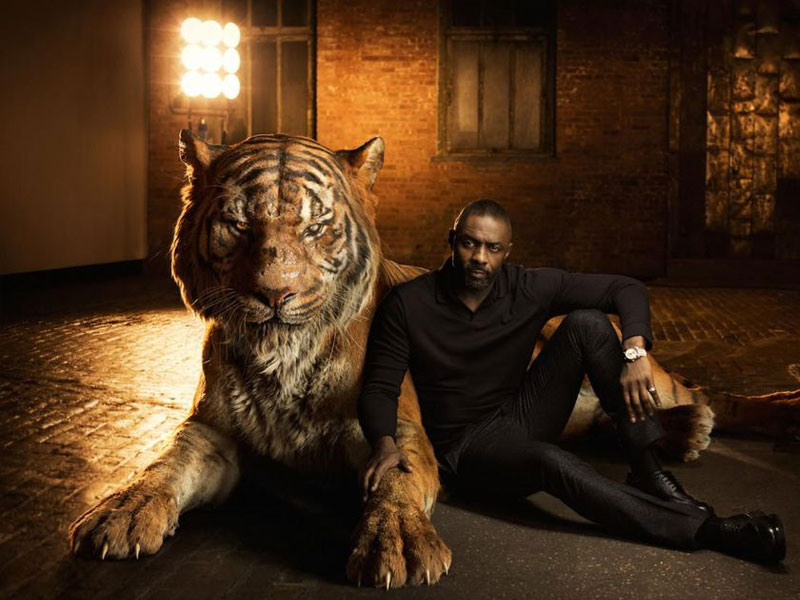 It’s simple to play the part of a human, both on-screen and in real life. Even when their faces and bodies are buried beneath layers of makeup and costume, the best actors can transmit emotion. But what if the performer is a computer-generated character?

When Jon Favreau released the live-action remake of The Jungle Book, it was surprising that so many CG characters could convey such emotion, particularly Idris Elba, who played the infamous and vicious tiger, Shere Khan, to perfection, helping to elevate the film as an even better remake than the original. 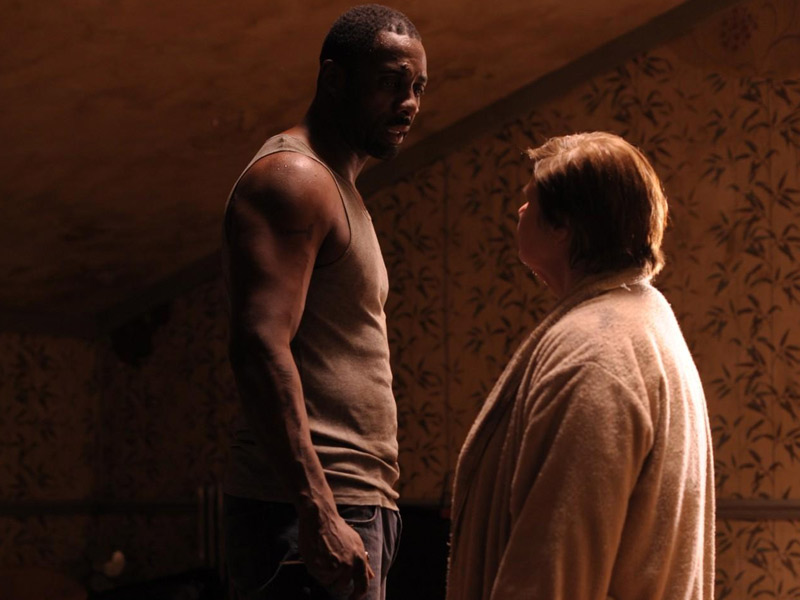 Idris Elba not only starred in but also executive produced, the film Legacy in 2010. Elba played Malcolm Gray, a man who was residing in a Brooklyn hotel room. The film then delves into his history, revealing that his brother (Eamonn Walker’s Darnell) was a cutthroat senator determined to reach the White House. However, this is a psychological thriller, also known as Legacy: Black Ops, so there is certainly much more to the plot than the setting suggests. 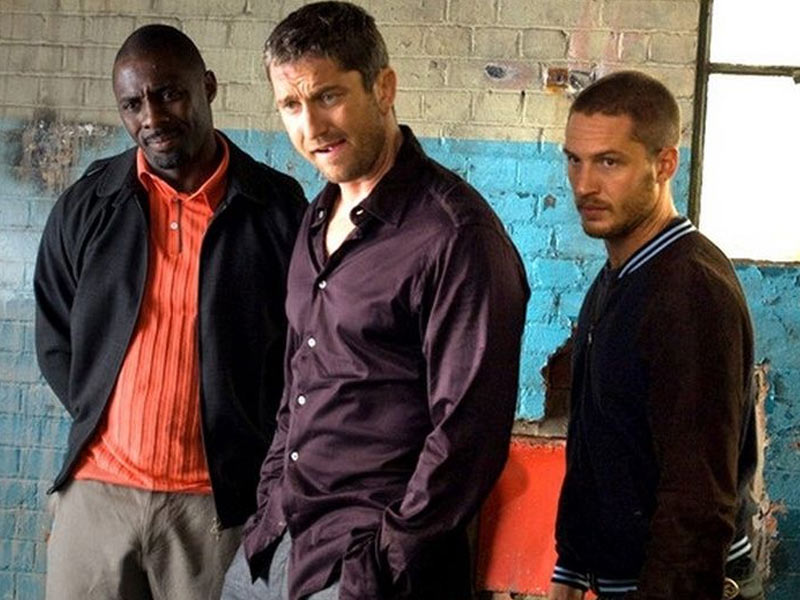 Who doesn’t enjoy a good old-fashioned crime movie? Crime and heist films have become synonymous over the years, enthralling audiences with their compelling tales and casts. And no one appears to understand the genre quite like Guy Ritchie, who has made many successful films over the years.

Ritchie, who is known for directing several crime films, casts Elba in a minor part as a gang member dubbed Mumbles in RocknRolla. Elba wasn’t on screen for long, as he is in many of his roles, but he still managed to knock it out of the park in this fantastic crime film. 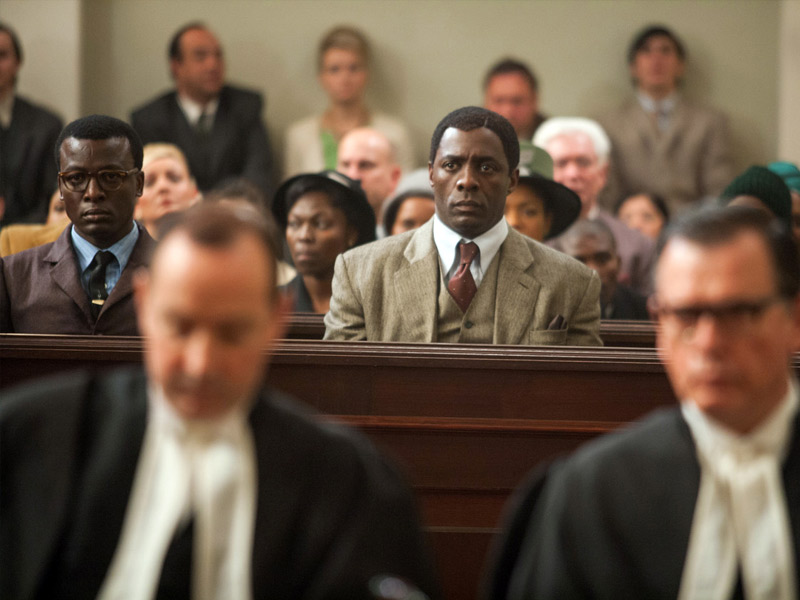 Still, when Idris Elba played Nelson Mandela in Long Walk to Freedom, a biopic based on the man’s life, Elba did a tremendous job bringing the former South African president to live in a breathtaking performance. 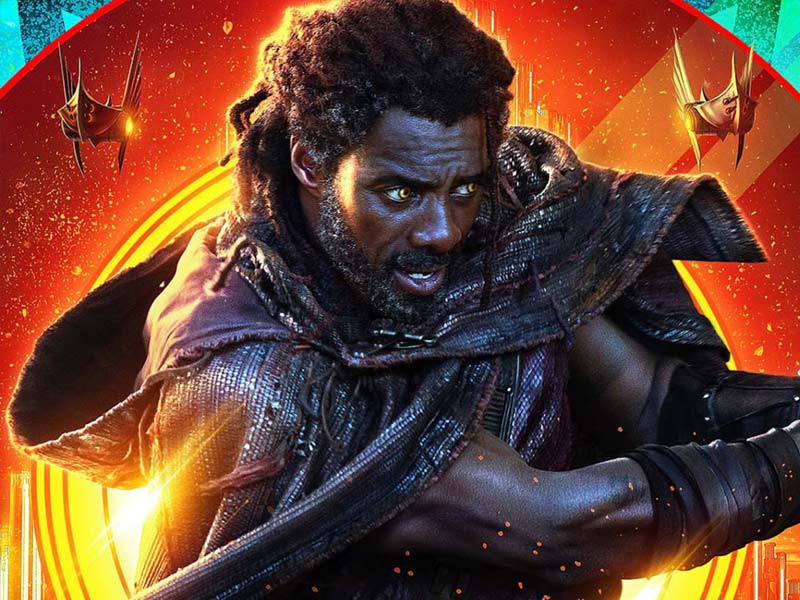 So when Idris Elba appeared as the all-seeing deity Heimdal in the sci-fi superhero epic Thor, many were charmed by his stoic yet pleasant performance. While his stint in the MCU has come to an end, many fans are looking forward to seeing Elba as the anti-hero Bloodsport in the next DCEU film, The Suicide Squad. 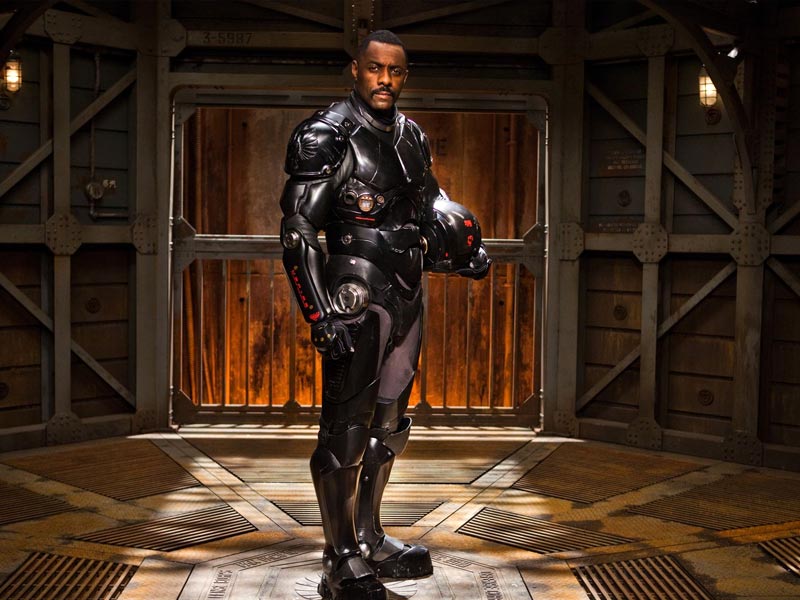 Everyone enjoys a good speech, a stirring monologue that inspires both the characters and the audience. There have been many different speeches in movies over the years, with some being better than others.

When Pacific Rim, widely regarded as one of the best kaiju movies not starring Godzilla, was released in 2013, people expected a good robot smashing alien time but weren’t anticipating Elba’s Stacker Pentecost to deliver a rousing and wonderful speech. It’s a modest but dramatic role that elevates Elba to one of the film’s top performances.