Home Life Travel Majuli: The Fading Beauty that Must be Saved 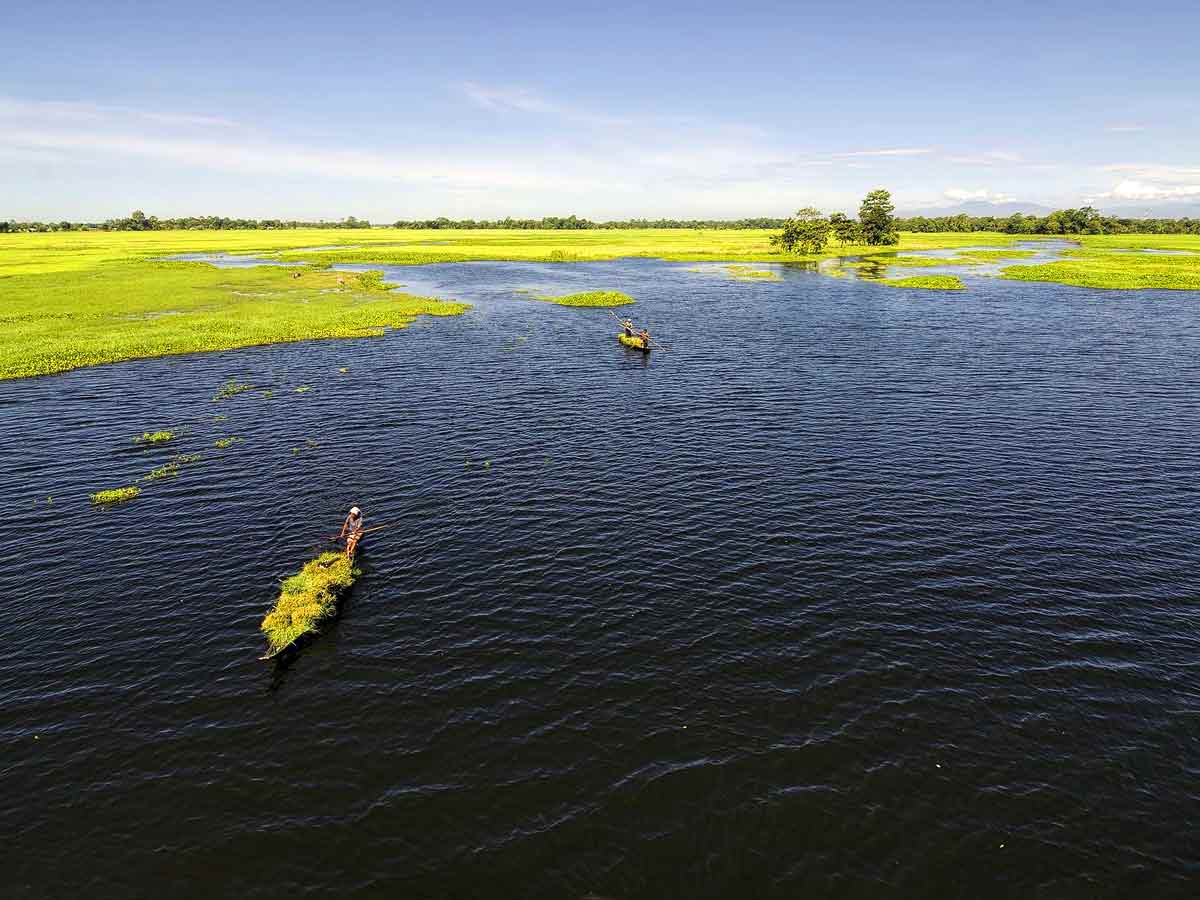 Majuli is a scenic, beautiful, lush green, and pollution-free river island on the Brahmaputra. It is the world’s largest river island, attracting visitors from all over the world. Majuli is also a strong contender for inclusion in the list of UNESCO World Heritage Sites. Majuli’s culture is distinct, as it is primarily populated by Tribals. It is also known as Assam’s cultural capital. All of the activities held here are full of joy and brightness and a lot of music and dance. The main Majuli festival is known as Raas and watching it is a memorable experience.

Majuli is a mystical area steeped in history and culture. It is the world’s largest river island and the home of the Sattriya culture. It has played an important role in bringing together numerous ethnic groups in the region since the 15th century through the spread of Neo-Vaishnavism and its cultural traditions.

Majuli, which means the land between two parallel rivers, was formed by the confluence of the Brahmaputra and its anabranches. Majuli Island, however, may vanish in the future due to the massive Brahmaputra River’s frequent changes in direction, as well as repeated erosions. 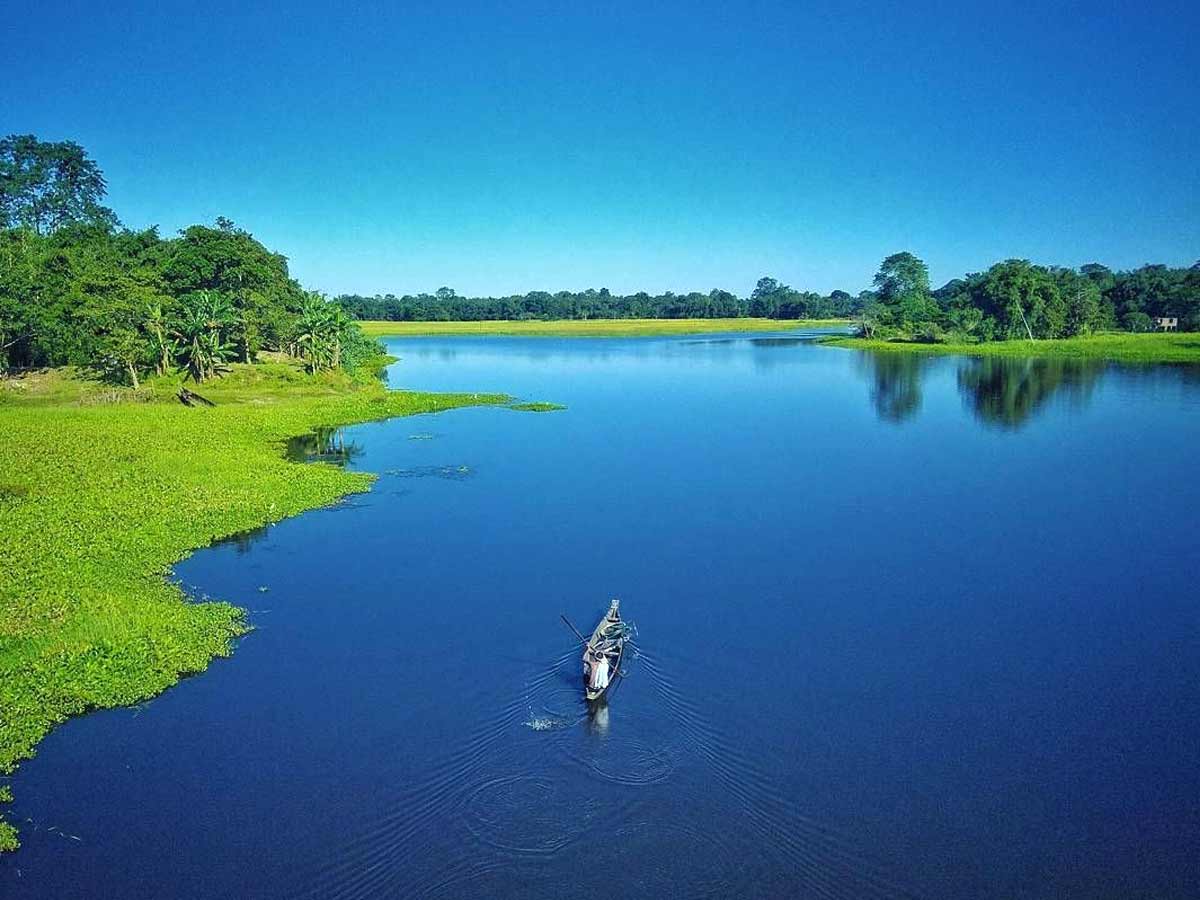 So, before nature takes its course and this island vanishes, pack your bags and pay a visit to this beautiful hideaway, which is also Assam’s valued possession.

The Brahmaputra River surrounds 352 square kilometers from the south. The northern sub-branches of the Brahmaputra, Subansiri, and Kherkutia Xuti rivers. The location contains several fascinating facts that even Indians are unaware of. Here are a few examples:

1. This Island was formed as a result of continuous flooding.

When it comes to the history of this location, researchers have revealed an intriguing fact. The island was not present 300 years ago. During the 1750s, there was an earthquake that caused widespread devastation throughout the state.

One of the consequences of the earthquake was a flood, which resulted in considerable sedimentation. It is how the island gradually evolved and became populated by numerous diverse groups of people.

Despite being the apex of the Neo Vaishnavite renaissance, Majuli is home to various indigenous communities. Mising, Deoris, Ahoms, and Sonowal Kacharis are among them. Despite the differences in lifestyle and culture of each ethnic group, they preserve peace between themselves, as seen in many different places of India.

With so many diverse tribal groupings, one may expect a wide range of attire, food, and social customs, as well as vibrant festivals. Nonetheless, Hinduism is the religion of the majority of the people on this island. 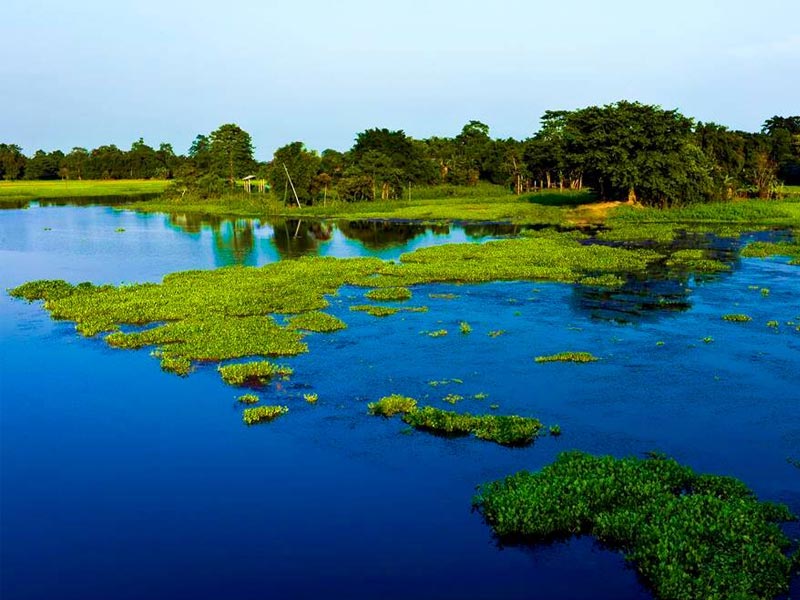 Anyone who visits Majuli, India’s largest riverine island, would be awestruck by the mask-making art practiced at a high level in this region. The masks are bright and resemble ancient Indian culture with a Hindu touch.

The skill of mask manufacturing was founded by Srimanta Sankardeva, an Assamese saint. Devotees of Chamoguri Satra continue to practice the art, one of the region’s thriving traditions. It is a sacred ritual among the disciples, not merely something to sell for money. The mask was created based on a character from the Bhagwat Gita.

Also Read, Hidden Islands in India for your Next Vacation

Neo-Vaishnavite Hinduism is a sect of Hinduism that is mainly prevalent in Majuli. It is a new branch that began in the 15th century under the guidance of Saint Srimatra Sankardeva.

The saint was also involved in creating monasteries, known as ‘Satras.’ The first Satra that is still in use today is the “Manikanchan Sanjog.”

5. Ferries – Majuli’s Only Mode of Transportation

People frequently visit this location because it is rich in culture and natural beauty. However, there are no physical roads connecting people to this busy neighborhood. As a result, taking ferries is the only viable mode of transportation. Locals travel by boat, and those who enjoy boat travel may find it their favorite place to visit. 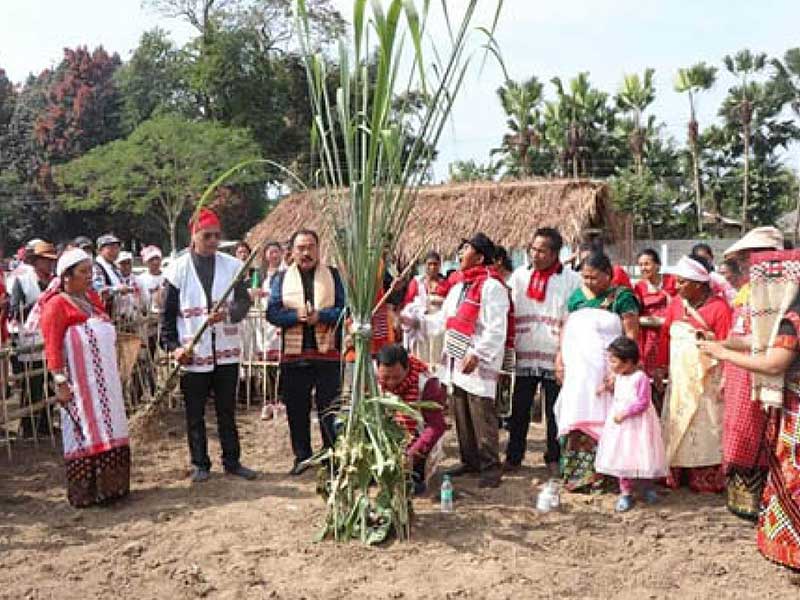 The Mising Tribe makes up most of this island, and one of their festivals is Ali Aye Ligang. The Ali Aye Ligang festival, which takes place every year in the second week of February, is a popular tourist attraction. One of the best parts about attending the festival is discovering dishes you never knew existed.

Some dishes include ‘Puran Apin,’ which is simply rice wrapped in unique leaves, ‘Apong,’ or rice beer, fish, pig, and roasted chicken. The Mising tribe’s traditional dance, “Gumrang Soman,” is performed throughout the event. It is a terrific time for travelers to come and enjoy themselves.

Because of its natural richness and warmth, this island attracts many attractive and unusual bids during the winter. The arrival of these majestic birds is one of the reasons why tourists flock to this cold-weather island.

People do not hurt the birds because they are seen as visitors to these regions. The Brahmaputra feeds these birds, and they return every year from thousands of kilometers away.

Majuli is quickly vanishing into the depths of the great Brahmaputra. 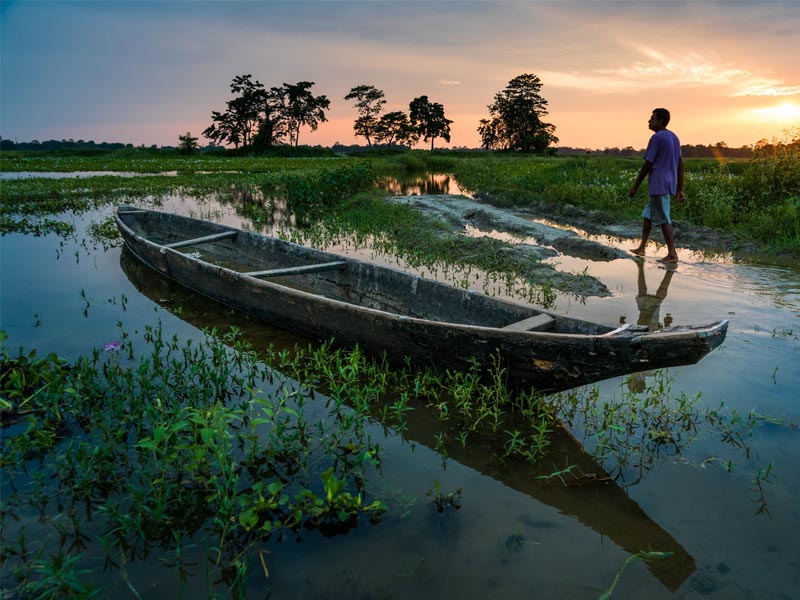 After highlighting so many wonderful aspects of this location, there is some unpleasant news to share. The Brahmaputra floods a large portion of this island. The situation is deteriorating as time passes due to increased Brahmaputra flooding.

The Brahmaputra’s water destroys lives and houses, and the entire island and its inhabitants are in grave danger. The thriving culture should be preserved so that future generations can enjoy the history it contains.

Majuli, apart from being India’s largest riverine island, is one of the most picturesque spots in Assam. Still, recent flooding difficulties have drawn the ire of many officials and non-governmental organizations. The affected people have received assistance, but their losses are irreversible. The future of this riverine island is in jeopardy since numerous aspects of the island make it a national asset.