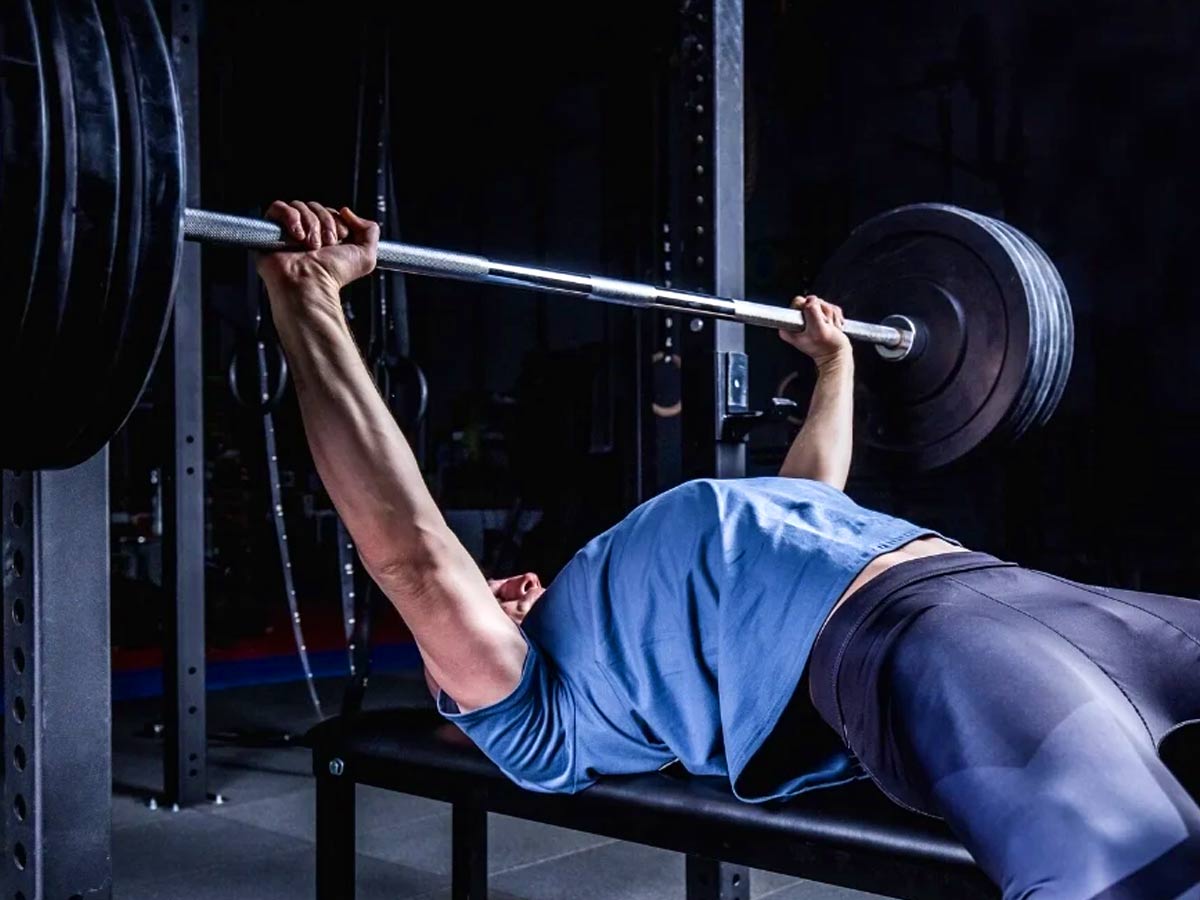 The bench press strengthens and bulks up the chest, triceps, and shoulders. This exercise can be performed with either a barbell rod or dumbbells. Lifts without weight on the bar should be attempted by beginners to warm up, gain a feel for the bar, and learn proper form. Perform this exercise regularly as part of an upper-body workout to build strength and muscle.

Bench presses are an activity or strength training workout that can tone the upper body muscles such as the pecs, arms, and shoulders. There are several variants of bench presses that engage slightly different muscles depending on your goals. A narrower grip bench press, for example, trains the triceps and forearms as well.

Other advantages of including bench presses in your weight-training routine include increased upper body strength, improved muscular endurance, and even preparation for actions such as pushups. They can also be used to build muscles for sports such as sprinting, hockey, and football.

What is Bench Press? 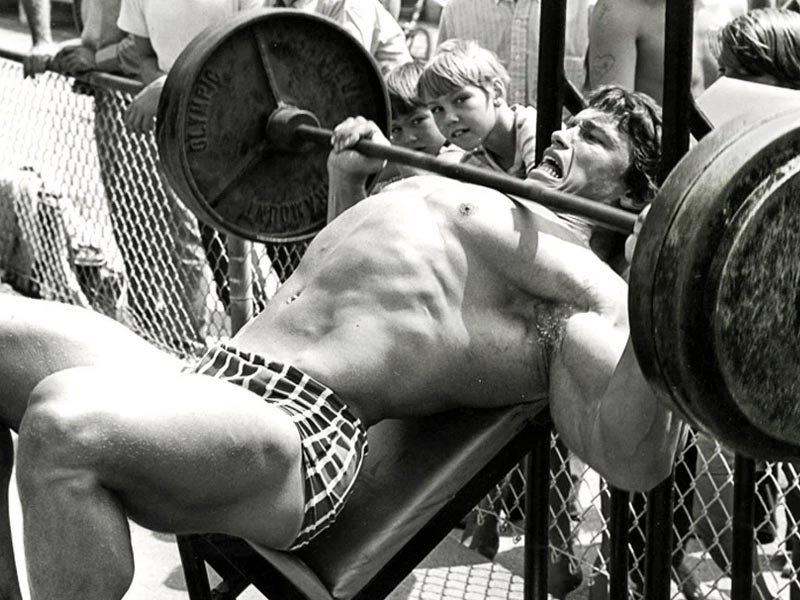 The bench press is one of the most successful compound exercises. Many people believe that it is the most effective workout for developing the chest.

The bench press is an extremely adjustable exercise, and as a result, users can execute various forms. Bench presses can be done using barbells, dumbbells, kettlebells, and other unusual bars and pieces of equipment. The exercise can be performed on a flat bench, an incline bench, or a decline bench.

The workout is a pressing motion that engages chest muscle fibers. Flat bench presses are excellent for building mass in the middle and upper portion of the pectoral muscles. In contrast, incline presses are well-known for allowing you to target the upper chest. Lower pecs are worked with decline presses.

It’s also been used in a variety of fitness routines, such as tempo training.

What are the effects of bench press variants on the muscles?

Each bench press variation targets a distinct set of muscles. Among the variations are: 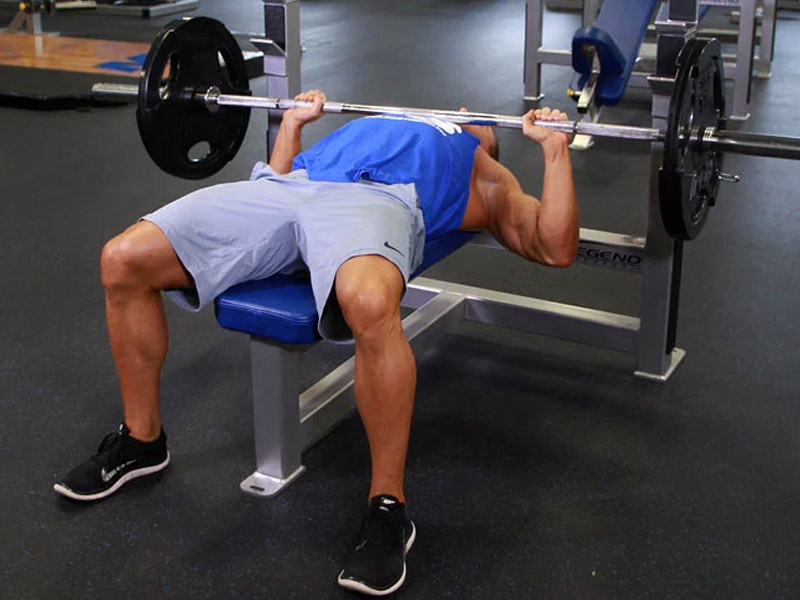 This exercise is performed by lying down on a flat bench and lifting a barbell at chest height up and down. It engages the pecs, shoulders, and arms.

The front of the bench is tilted between 45 and 60 degrees for this variation, allowing you to lean back slightly. It focuses and aims at the muscles of the upper chest and shoulders. 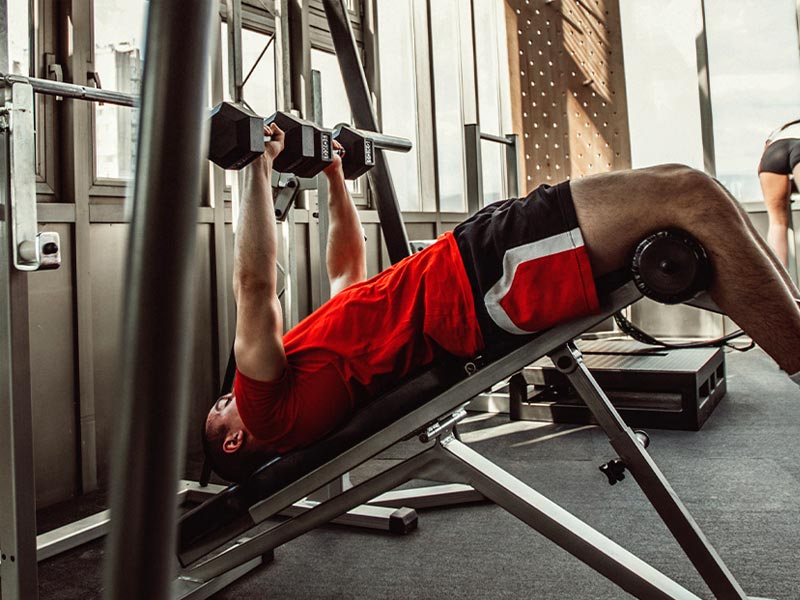 Bench press should be reduced. The front of the bench is slanted upward in this form so that when you lie down, your legs are higher than your head. It engages the lower chest and shoulder muscles.

Bench press with a narrow grip. On the barbell, your hands are closer together during this variant. It strengthens the triceps and forearms.

How to Perform a Bench Press? 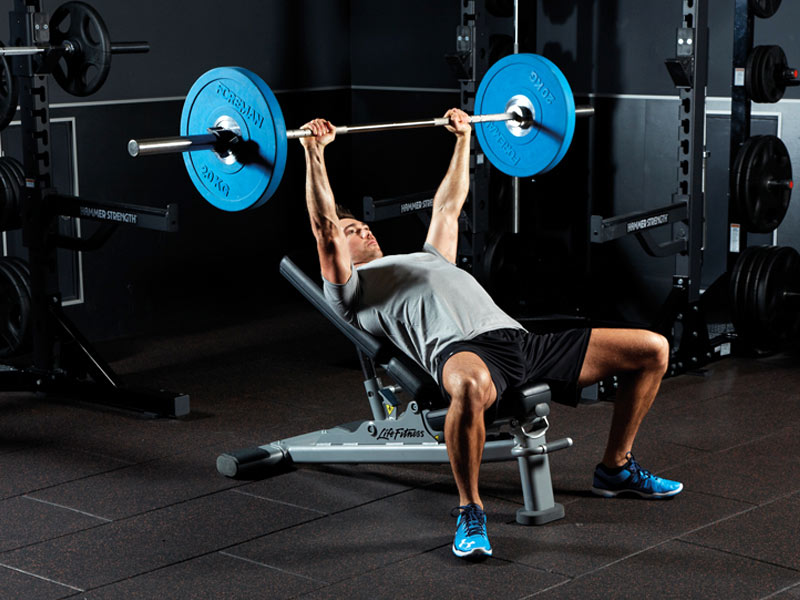 1. Strengthening of the Upper Body Push

The bench press strengthens the pec major. This is the muscle that most people identify with growing and working on when benching. It is the glamour muscle of the chest and is responsible for the larger, stronger appearance of the pecs. It is a major player in horizontal protraction.

This is, in my opinion, one of the coolest muscles on the human body. This muscle wraps around the rib cage beneath the upper arm and feels like fingers between each rib. The serratus anterior is strengthened by pressing actions and contributes to a good bench press. 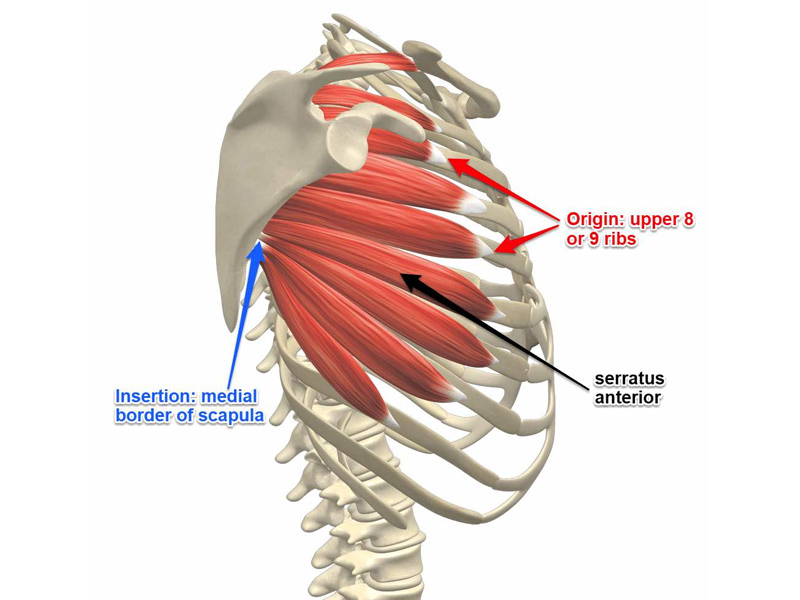 4. Delts Made of Iron

Bench pressing helps to develop and strengthen the anterior and medial deltoids. They are among the most important movers in this type of press, and their development will also enable better shoulder presses. Furthermore, developing these muscles will assist you in achieving the capped shoulder look.

The tricep is made up of three heads and accounts for around two-thirds of the arm. Bench pressing strengthens bulk and builds all three tricep heads (long, lateral, and medial) throughout the lift’s various ranges of motion. Stronger triceps will carry over to other pressing actions, and bigger triceps will make your arms look terrific.

There is no doubt that athletes with large chests and backs look better in shirts. Shirts will not only fit better, but a sculpted chest and large triceps are a terrific way to show off your strength. A large chest and shoulders also contribute to the V-taper image.

When discussing the bench press, we must not neglect that the bench press is an excellent compound exercise. Some would even claim that it is the king of the compounds. A compound exercise/lift engages multiple muscle groups at the same time. This is particularly beneficial since it indicates more muscle fiber activation and hence more benefit from the activity.