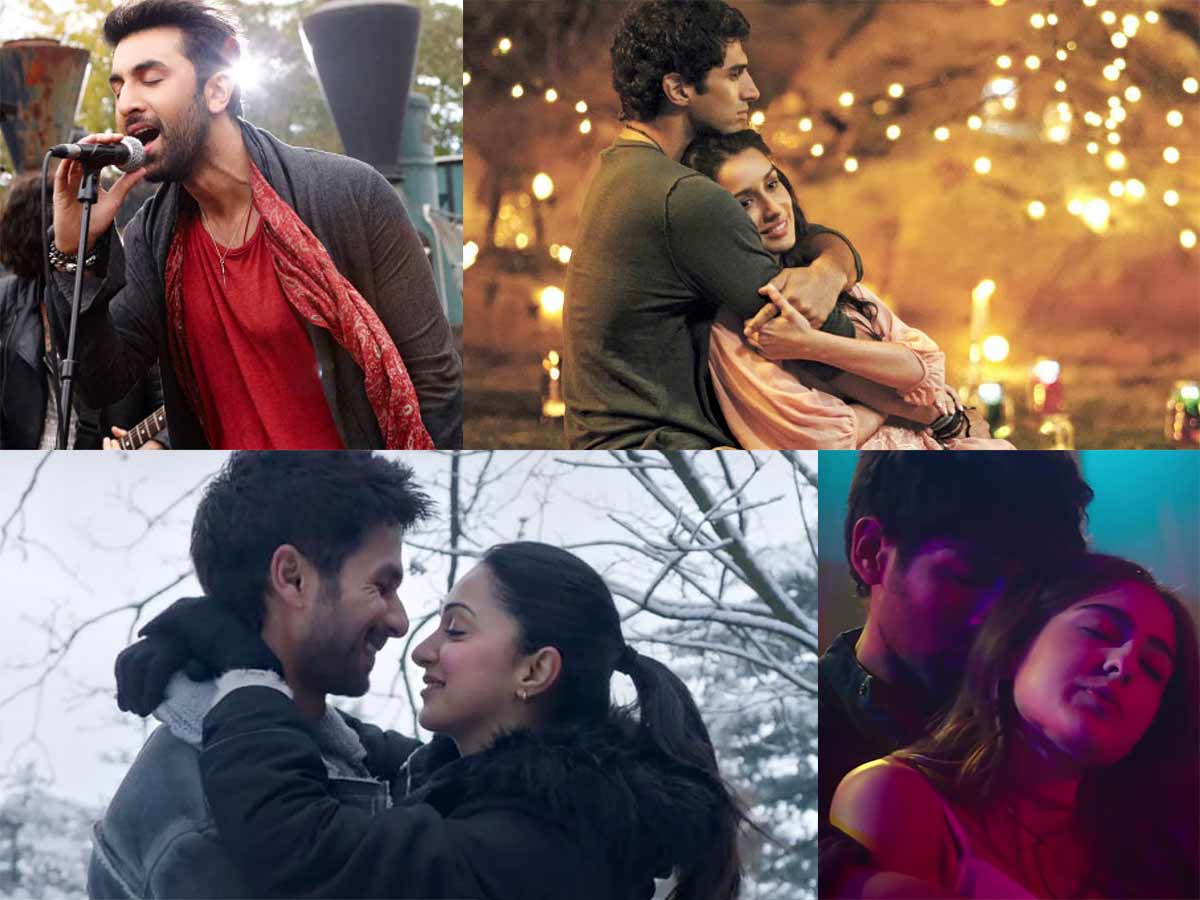 It doesn’t matter how hard we attempt to define the word ‘love,’ it’s never adequate. And, more crucially, saying ‘I love you is the most difficult thing in the world. Fortunately, we have love songs to help us communicate what words cannot. And sometimes, all we need is one love song that speaks to our soul.

On that point, here are the top Hindi love songs that will make your evening more romantic. These are for days when we want to sit back and listen to romantic tunes like Ishq Wala Love. You can thank us afterward. 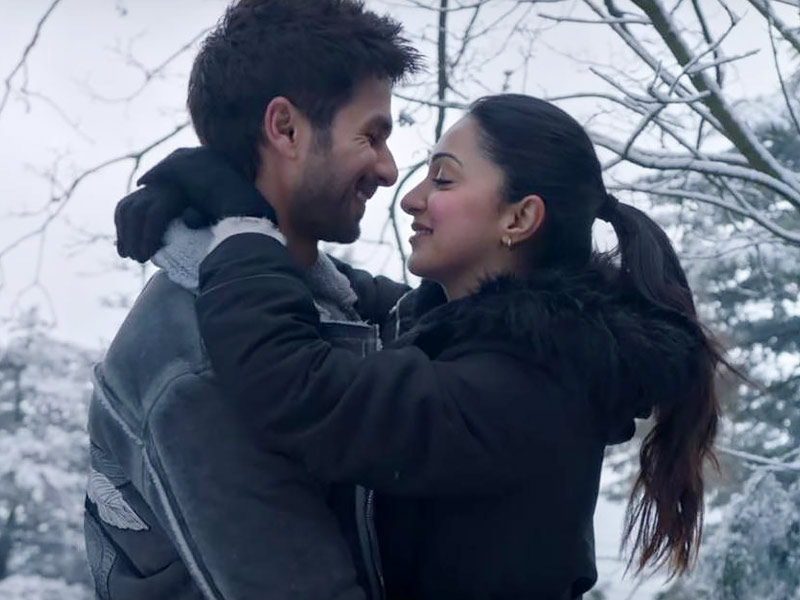 With songs like Bekhayali, Kaise Hua, Tujhe Kitna Chahne Lage, and Tera Ban Jaunga, Kabir Singh was definitely the most renowned film. The majority of the movie’s songs are romantic and warmly received by all young people. Arijit Singh and Jubin Nautiyal perform most of the tracks, which were written by Mithoon, Sachet–Parampara, Amaal Mallik, Akhil Sachdeva, and Vishal Mishra. 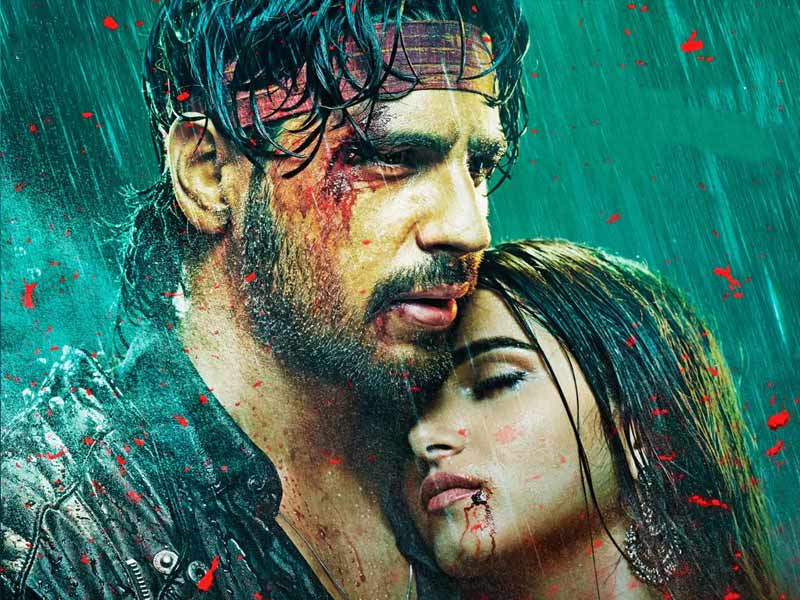 These two songs from the film Maarjaavan caused quite a stir. Eventually, they made it to the list of the year’s greatest romantic successes. Tara Sutaria, Riteish Deshmukh, and Sidharth Malhotra star in the film. Most of the songs have been warmly received by the audience. Tum Hi Aana is sung by Jubin Nautiyal with music composed by Payal Dev. In contrast, Thodi Si Jagah is sung by Arijit Singh with music composed by Tanishk Bagchi. 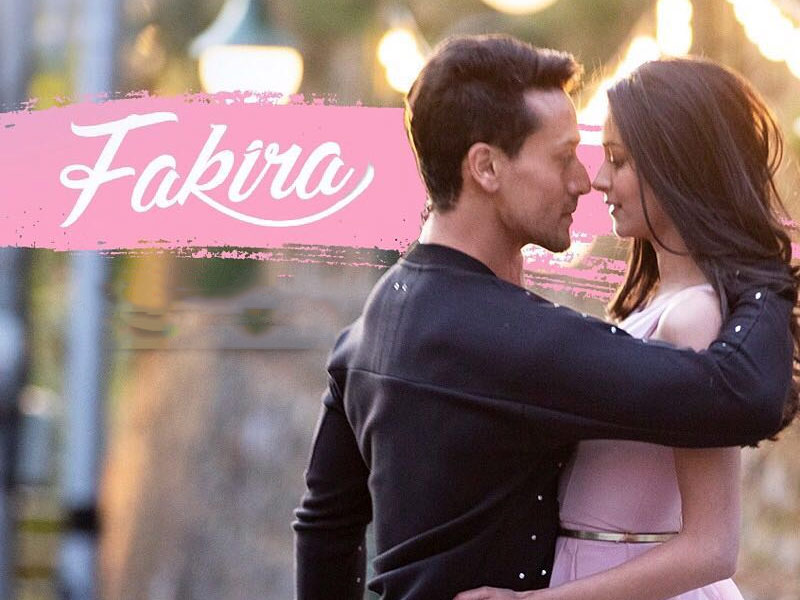 Fakira from Student of the Year 2 is published, and trust us when we say it is one of the best romantic numbers of the year. Fakira, based on Ananya Panday and Tiger Shroff, is a must-listen. In the tracks, both Tiger Shroff and Ananya Panday are seen experimenting with current dance styles. This is the film SOTY 2’s first slow and romantic number. Until now, we’ve been hearing SOTY2’s party anthems. 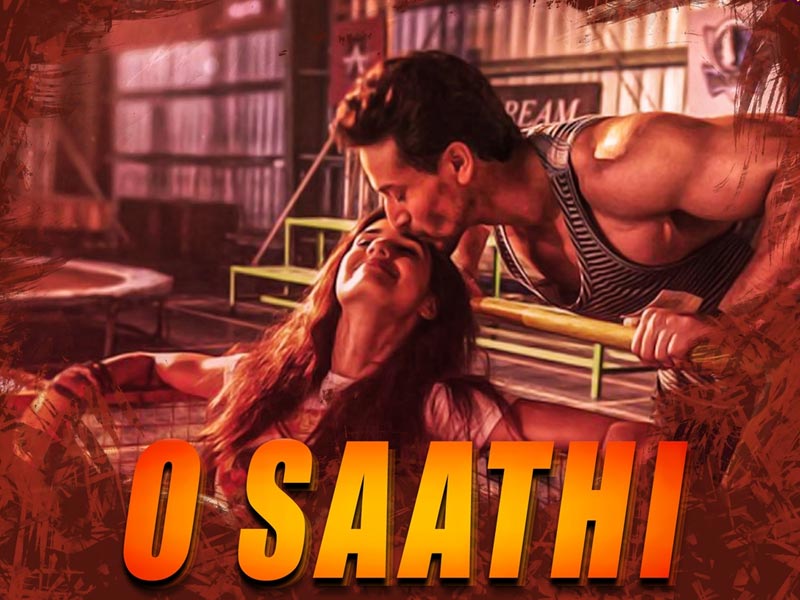 O Saathi is a Bollywood song from the 2018 film Baaghi 2. Arko Pravo Mukherjee composed and wrote the song, which is sung by Atif Aslam. T-Series released the music video on YouTube on March 9 March 2018. As of August 2020, it had received over 200 million views on YouTube. As of August 2020, the lyrical video had got over 331 million views. Tiger Shroff and Disha Patani appear in the music video for the song. Set in a college, it depicts Tiger chasing the extremely bashful Disha in every way possible. When she sees him, she stops working, demonstrating how they fall in love. Also, try Lo Safar song from Baaghi 2 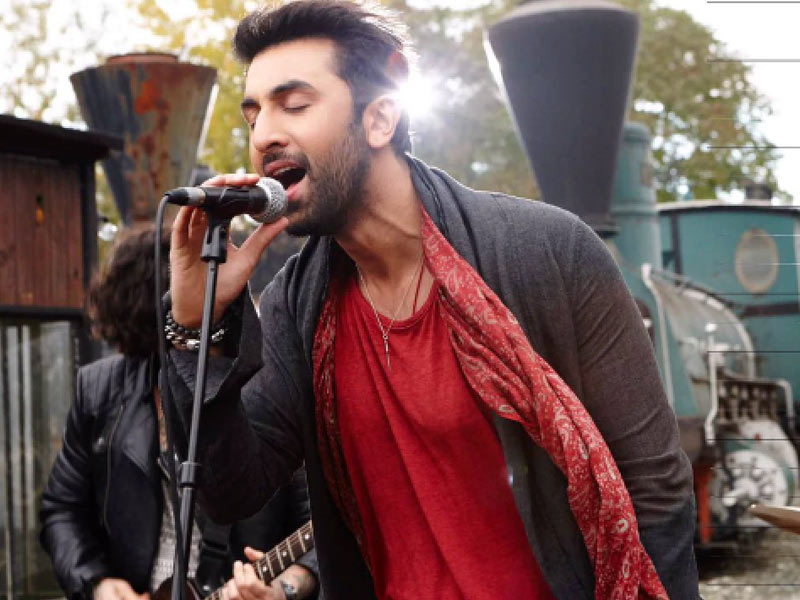 It is a fantastic Bollywood song that will hold a special place not only in your heart but also in your Bollywood song playlist. Sony Music released this song on October 26 October 2016, and it lasts 5 minutes and 48 seconds. Bulleya is a song from the Hindi-language musical romantic drama film Ae Dil hai mushkil, which stars Ranbir Kapoor, Anushka Sharma, Aishwarya Rai Bachchan, and Fawad Khan in major roles. Bulleya is a song from the film Ae Dil Hai Mushkil, composed by Pritam, written by Amitabh Bhattacharya, and performed by Amit Mishra and Shilpa Rao. 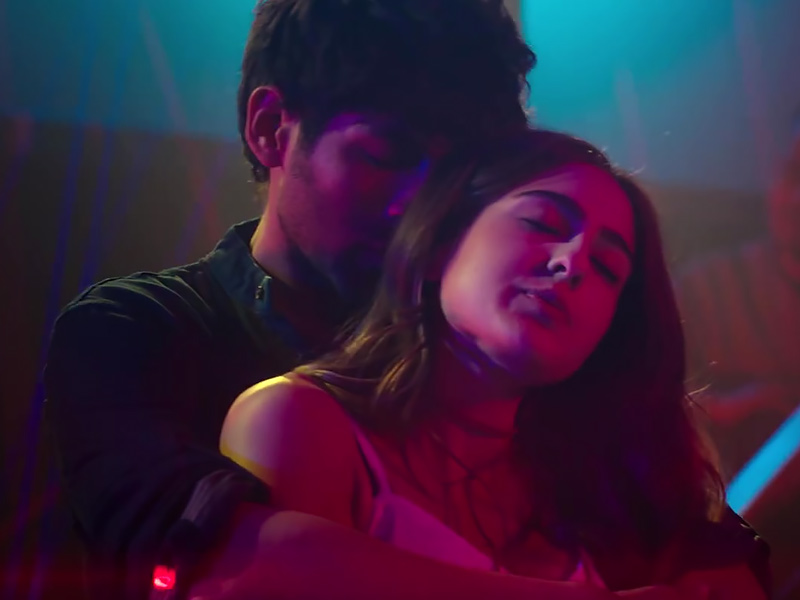 Shayad song is a piece of wonderful music that will keep you hooked and will undoubtedly be played on repeat. This song is from the film Love Aaj Kal, a Hindi-language love drama starring Sara Ali Khan and Kartik Aaryan. This movie song has a duration of 04:07 and was released by Sony Music on January 22 January 2020. Pritam composed the song Shayad, written by Irshad Kamil and was voiced by Arijit Singh and Pritam. This song is ideal for listening to while you begin to fall in love. 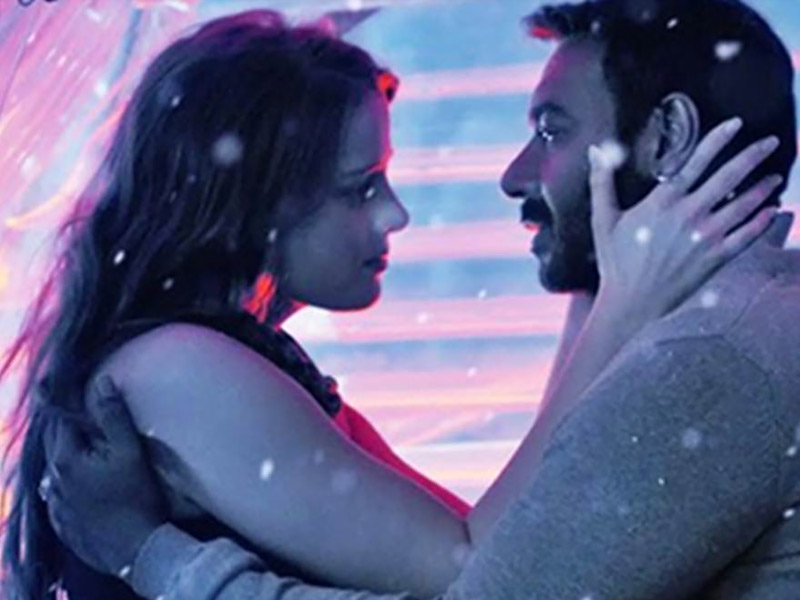 The film Shivaay, The visual effects in the music video for Darkhaast featuring Ajay Devgn, are well-known. The soundtrack composer, Mithoon, stated in the film that Darkhaast explores very intense emotions. The song is based on the idea that without love, no life is complete. Arijit Singh, the vocalist, praised Mithoon and stated that the composer put in a lot of effort to create the song. Sunidhi Chauhan describes the song as melodious and lovely.

It is a track from the Indian Bollywood Movie Half Girlfriend. The song, which was picturized on Shraddha Kapoor and Arjun Kapoor, was sung by Arijit Singh and Shashaa Tirupati. Mithoon created the song’s music, while Manoj Muntashir wrote the words. Arijit Singh sings a reprise version of the song titled Pal Bhar (Chaahunga Reprise). In contrast, Shraddha Kapoor sings another version titled “Phir Bhi Tumko Chaahungi” and the instrumental Half Girlfriend movie (Love Theme). 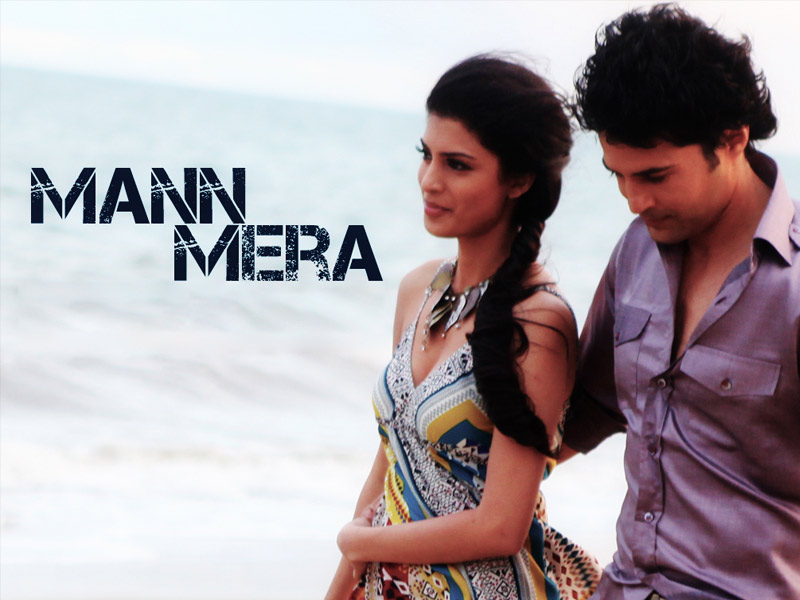 Mann Mera is a lovely Hindi song from the 2013 film Table No. 21. Gajendra Verma wrote the music for this song. Aseem Ahmed Abbasee wrote the lyrics. Listen to this song in the night for better sleep and relaxation. 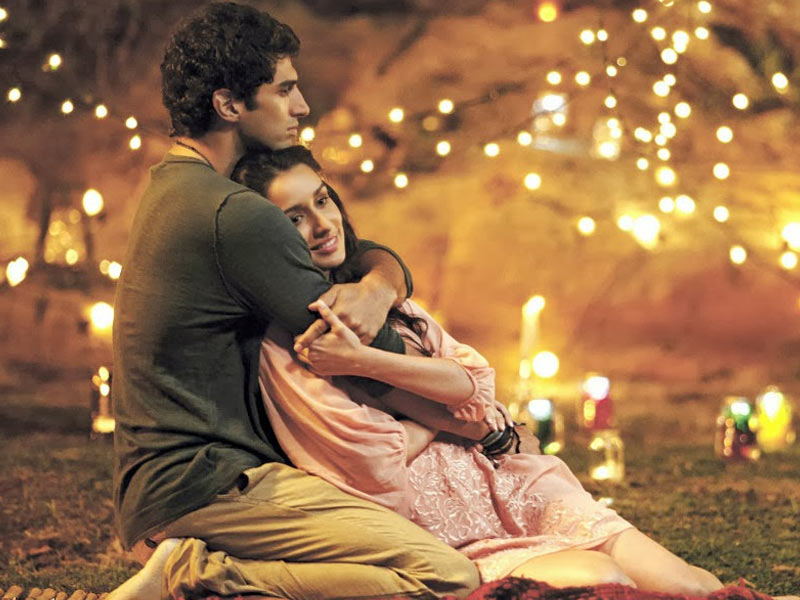 Arijit Singh sings this song from the Indian film Aashiqui 2, composed and written by Mithoon. It was launched by Bhushan Kumar under T-Series and starred Aditya Roy Kapoor and Shraddha Kapoor. It became successful, appearing in the top 10 of Planet Bollywood for 8 weeks and claiming the first spot on MTV India’s Top 20 for 7-8 weeks. Mithoon had earlier recorded the song using Arijit’s voice two years before its original release. The song became the most popular listener’s choice song of 2013 and a universal love anthem. The audio song was released on March 16 March 2013, and it earned positive reviews from critics and widespread popularity among viewers. On March 24 March 2013, the music video was released.