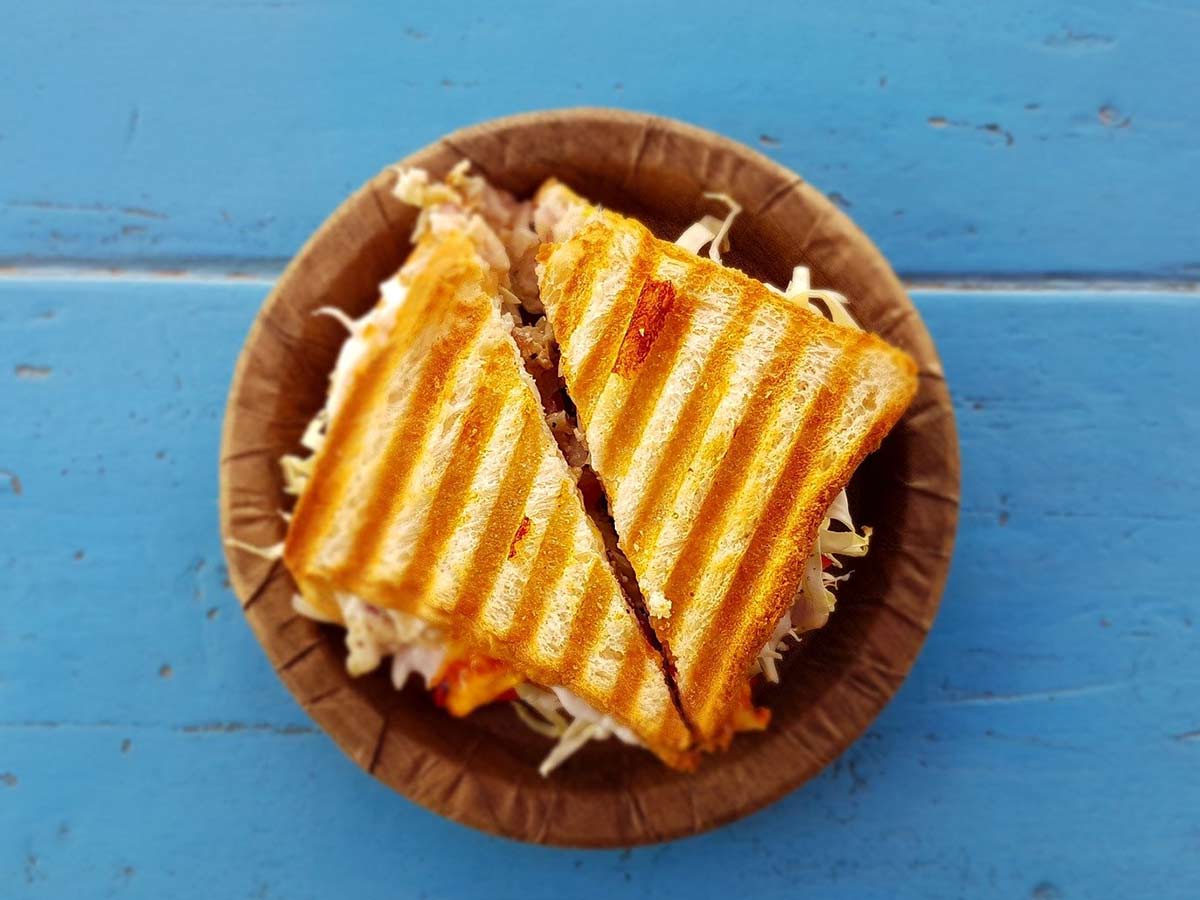 Sandwich Recipes, They are delicious, simple, and are your saviors when you are starving and have a limited supply of ingredients and the desire to prepare. We’re talking about the good old sandwich, which you can make as simple or as creative as you like by spicing it up with the most exotic stuff in town. A sandwich will never let you down and will satisfy you to the core of your being. ‘Sandwiches are excellent,’ Paul Lynde properly observed. There’s no need for a spoon or a plate!’ And we couldn’t be more in agreement.

We love sandwiches, whether they are elaborate or basic, packed or piled, grilled or toasted. They’re simple to prepare, tasty, and always full. Do you have no idea what to do with that unexpected snack attack? Make a filling sandwich that won’t leave you hungry. Look no further if you’re short on time. Make a quick dinner for yourself while you’re on the road. 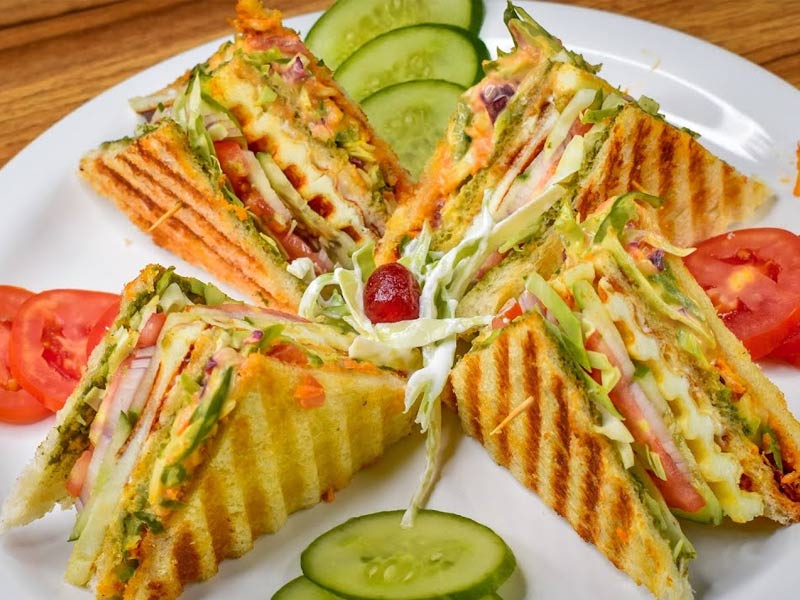 The first recorded sandwich dates back to the first century BC, when the famed rabbi, Hillel the Elder, is said to have initiated the Passover custom of sandwiching a mixture of chopped nuts, apples, spices, herbs, and wine between flat, unleavened bread slices.

Later, throughout the European Middle Ages, stale slices of bread were used as plates and were referred to as trenches. This most likely gave rise to European-style sandwiches, and bread became a staple in Mediterranean countries. Sandwiches grew popular as a single dinner meal in other parts of the United States.

The sandwich was named after British statesman John Montagu, 4th Earl of Sandwich. He frequently asked his valet to bring him meat sandwiched between two slices of bread. It is believed that he enjoyed such a preparation because it allowed him to consume it while playing his card game.

The Six Sandwich Making Tips for Making The Perfect Sandwich

1. The great sandwich begins with bread. You have a plethora of alternatives, whether you want soft and mushy buns or a crusty baguette. Choose between the classic white loaf and the snacky pita pockets. However, the golden rule is to choose the proper bread. Use dry and dense pieces of bread for moist fillings. A beautiful, thick crust aids in the retention of the stuffing.

2. You can toast it, broil it, warm it up, or serve it cold. The sweetness of the bread is enhanced by toasting.

3. To add a creamy feel to your sandwich, use a spread. Choose from BBQ, mayonnaise, and other spreads, or try healthier alternatives such as pesto, whole grain mustard, hung curd, or homemade salsa.

4. To avoid sogginess, spread the sauce all the way to the edges of the sandwich to seal it. Separately utilize hydrating foods such as cucumber or tomatoes. Add them at the very end, just before serving. Use cheese or meat as a layer between the bread and moist components. You can also use butter to keep your bread from getting wet.

5. Instead of typical tomatoes, add roasted peppers, sautéed onions, or carrots for crunch. Use spinach or cabbage instead of lettuce to add some crunch.

6. Keep things simple. Don’t try to cram too many toppings or sauces onto your sandwich. To finish, sprinkle with herbs or seasonings. Experiment with balancing your flavors. Use light sauces or vinegar if the components are heavy. 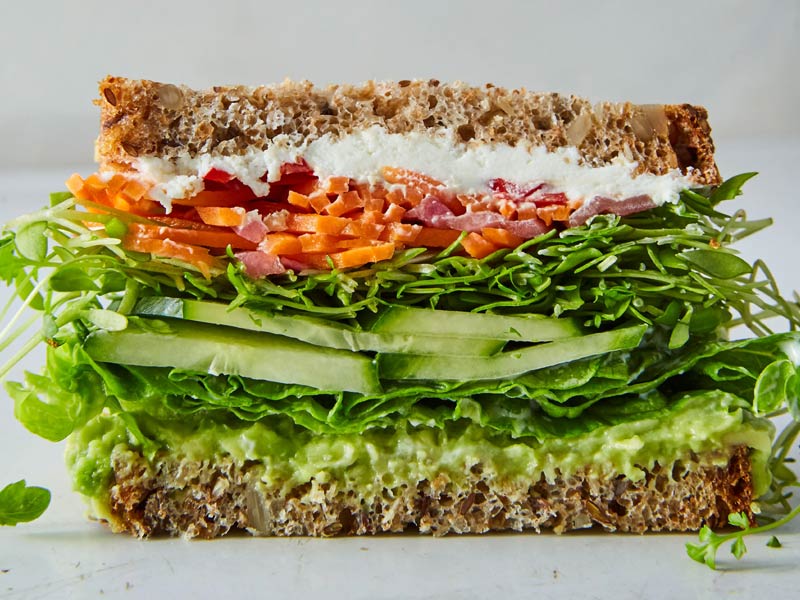 A quick and easy mixed vegetable sandwich for breakfast or an evening snack. This veg sandwich is delicious, healthful, and free of sauces, chutney, and cheese. Most sandwich recipes include one or more sauces, spreads, or cheese. I don’t buy bottled spreads or sauces because most contain a slew of obnoxious ingredients and additives to increase their shelf life.

1. Smear the bread with butter or ghee and toast it until golden on one side and hard on the other. While the toast is toasting, thinly slice or chop the vegetables.

2. Heat the oil in a skillet and sauté the cumin until it crackles. Fry the garlic until it emits a pleasant aroma. Because I didn’t have any garlic, I substituted ginger garlic paste.

3. Stir in the chopped, mashed, or pureed tomato. Sprinkle with salt and combine well.

4. Cook, covered, over medium heat until totally soft and mushy.

5. Add the chili powder and sauté for a minute. I didn’t use it because I was going to use green chilies in the next stage.

6. Add the vegetables. Cook over medium-high heat until they are partly done. I don’t cover and cook because my food cooks rapidly. If your carrots aren’t tender, cover and simmer until they are. Sauteing at a high heat imparts a smokey flavor. 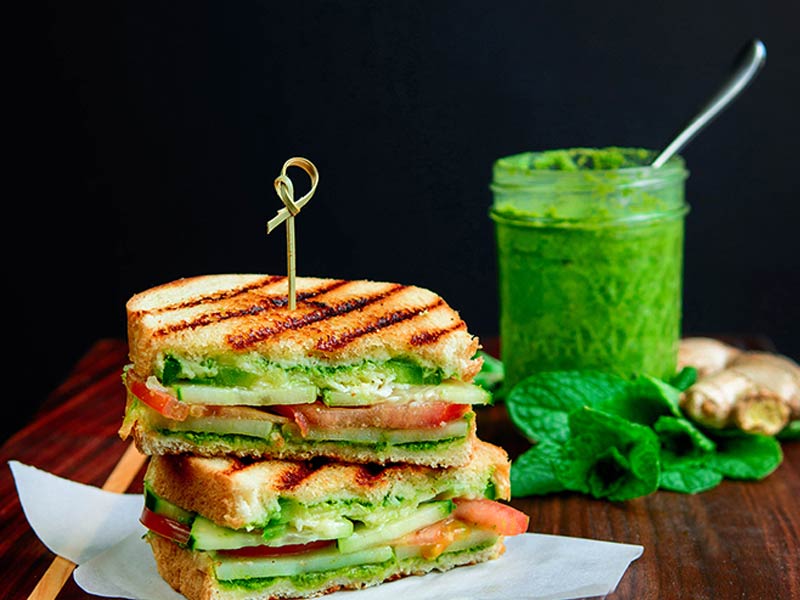 8. Arrange the toasted pieces on top of the vegetables. If you want cheese, sprinkle it on now.

9. Add another piece of bread. Gently press down. If you’re using cheese, roast it over a low fire without burning it until it melts. You could also grill in a sandwich maker.