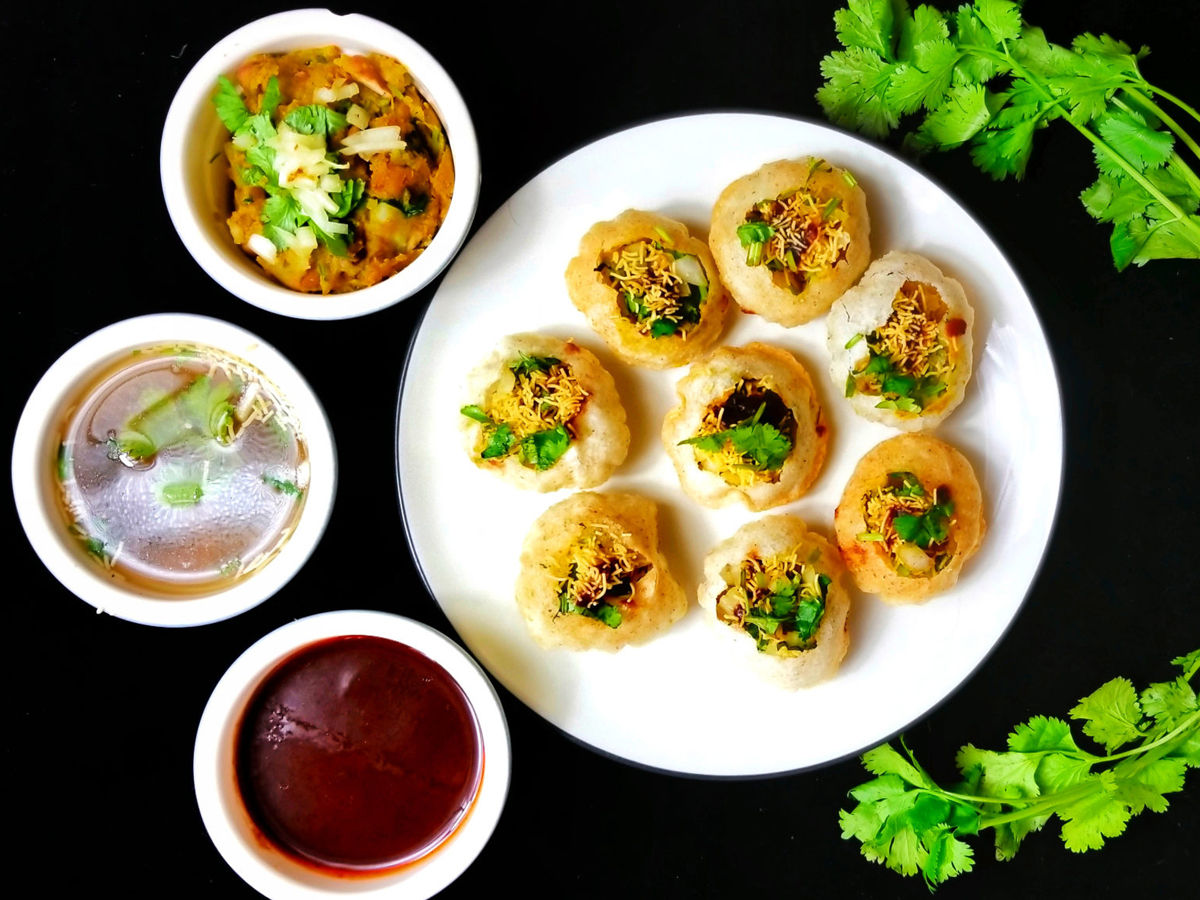 Eating a modest Gol Gappe, a crispy hollow ball made of ragi or wheat, stuffed with flavored potatoes and filled with tangy, spicy tamarind water made from mint leaves black salt, is also something soothingly familiar.

It may sound like culinary madness, but it is something that every Indian would accept that this salty, crunchy mystery merely is delicious.

Gol Gappe (also called Pani Puri, phuchka, and a plethora of other pseudonyms) is, in every way, a material embodiment of the enigmatic emotion called “simple joy,” served by vendors from a framework that gives the term “utilitarian” a run for its money. At a Gol Gappe stand, you’ll see bearded businessmen walk out of stylish vehicles to join the queue among the area’s poorest inhabitants. This harmless street treat is also a great equalizer. 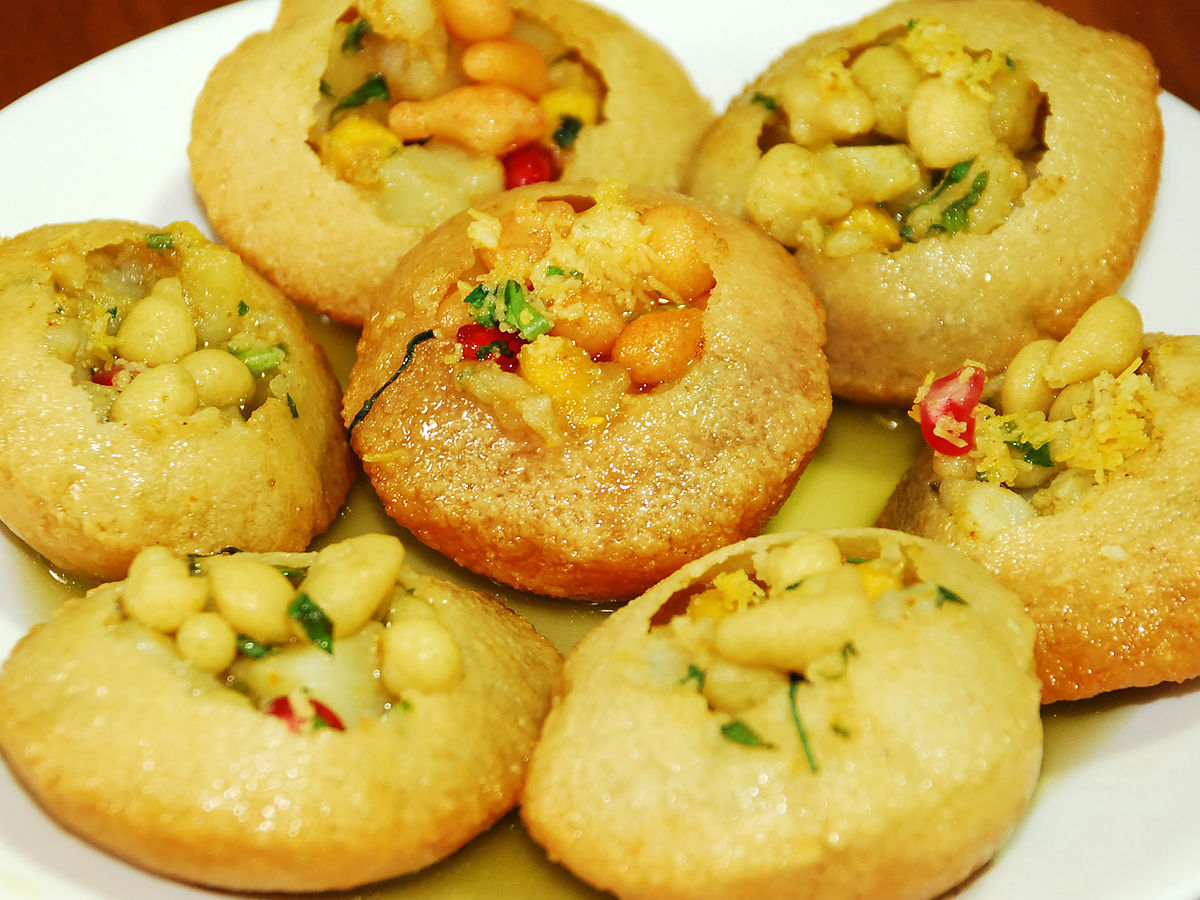 The Origin Story of Gol Gappe

The Indian street food universe is enormous, vibrant, and tasty, but the king is Gol Gappe. Gol Gappe will rarely visit you dissatisfied, whether you’re buying it from a questionable seller on a street corner or heading straight for the chaat stand at a wedding buffet.

But from where did this fantastic piece of food come from?

Sadly, when it relates to the finger-licking Gol Gappe’s past, the internet has nothing to say. It’s sort of vague who actually should be given the respect, like the notion of zero or patriarchy.

But where and how did this delicious jewel initially originate? Most conclude in the past of the Kingdom of Magadh that the solution lies.

The Magadhan empire was located on the riverbank Ganga in what is now west-central Bihar, one of 16 Mahajanapadas (great kingdoms in Sanskrit) Vedic Period. In the travel memoirs of the Greek historian Megasthenes and the Chinese Buddhist monks Faxian and Xuanzang, a lively record of Magadh and its capital, Pataliputra, is accessible. 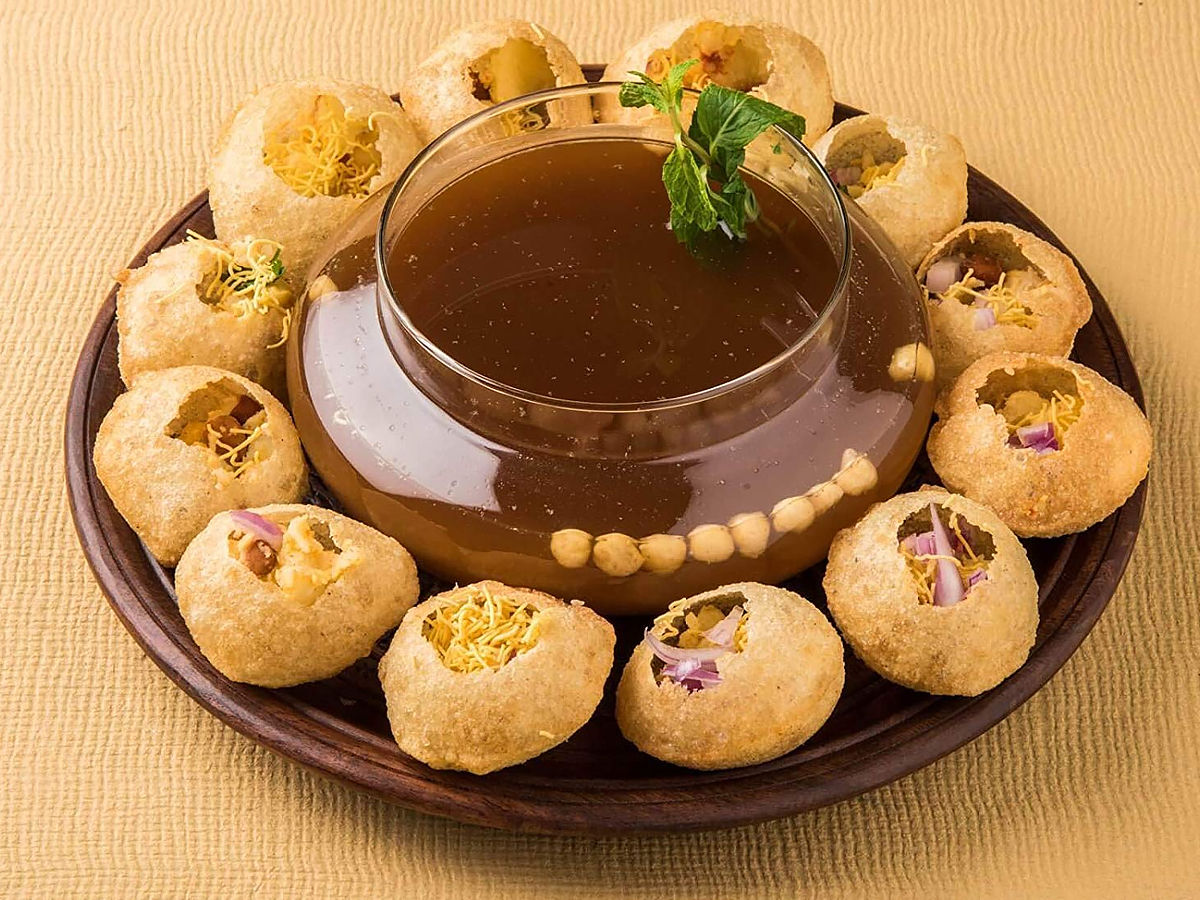 The root of Gol gappe is linked with another legend. Here’s how it goes:

A newly-wedded Draupadi finally returns to be offered a mission by her mother-in-law, Kunti, in the epic Mahabharata. The Pandavas were in exile, and Kunti decided to test whether the limited resources would allow her new daughter-in-law to handle it.

So she offered some leftover potato sabzi to Draupadi and enough wheat dough to prepare one puri, advising her to make food to please all five of her sons’ starvation. This is believed to have been when Gol Gappe was invented by the new bride. Impressed by her daughter-in-law’s ingenuity, Kunti blessed the recipe with immortality.

Though the roots of this delightful snack have yet to be identified with historical precision, the only obvious thing is that gol gappe passed through India and made the world fall in love with it head over heels. The combinations have undergone several modifications over the years. Each region has created its own variant according to its tastes. 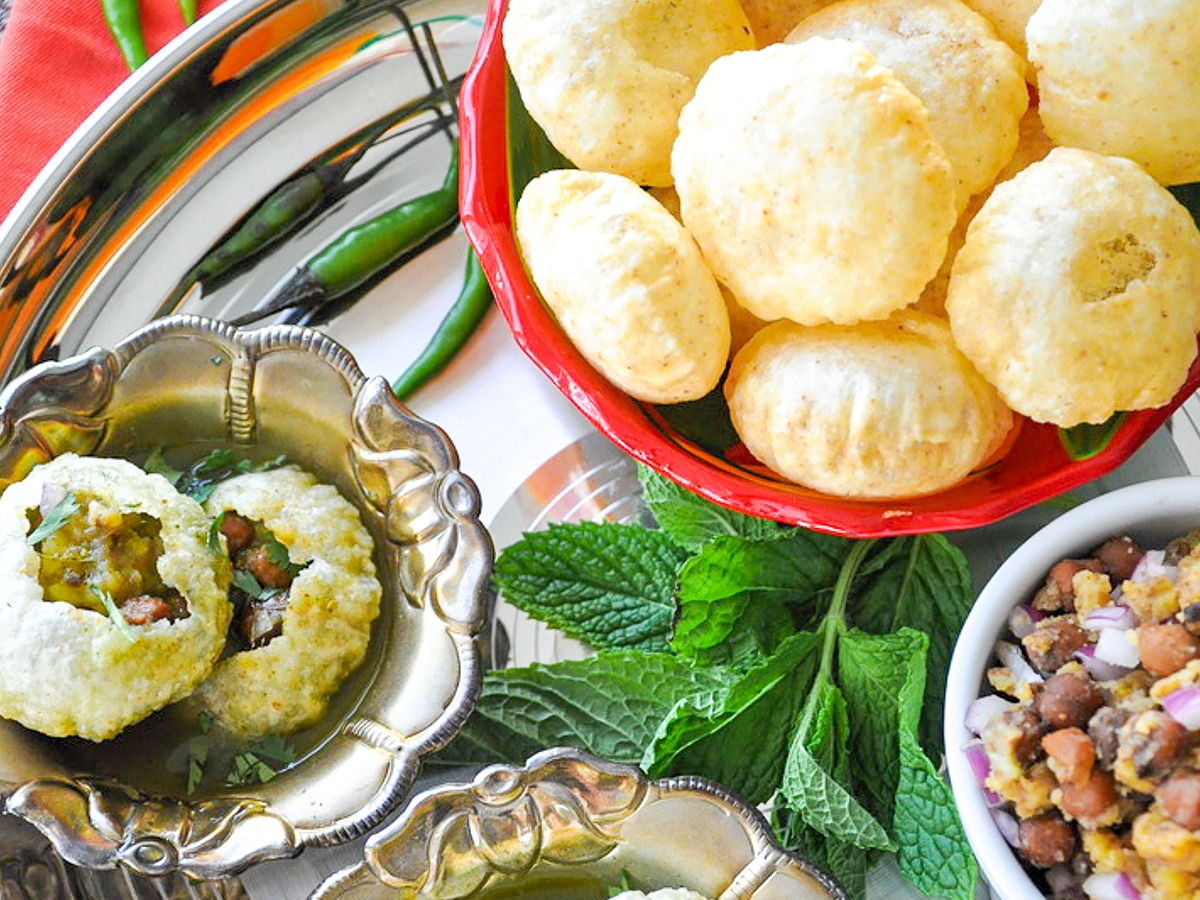 As a consequence, today, gol gappe has nearly a dozen distinct names that vary from region to region. It’s called pani puri in most central and southern India, but there are minor differences in the recipes.

Though hot white peas curry is added to the potato mash in Maharashtra, moong is pounded in Gujarat, and minced onions are chopped in Karnataka.

Pani puri is known as gol gappe, gup chup, pani ke pataashe, or phulkis, in northern India. This recipe’s key ingredient is a delicious stuffing made out of a potato-chickpea mash and a very tangy broth liberally sprinkled with mint leaves. Intriguingly, Gol Gappe is labeled Tikki in Hoshangabad in Madhya Pradesh, typically used to mean crispy potato patties in northern India! 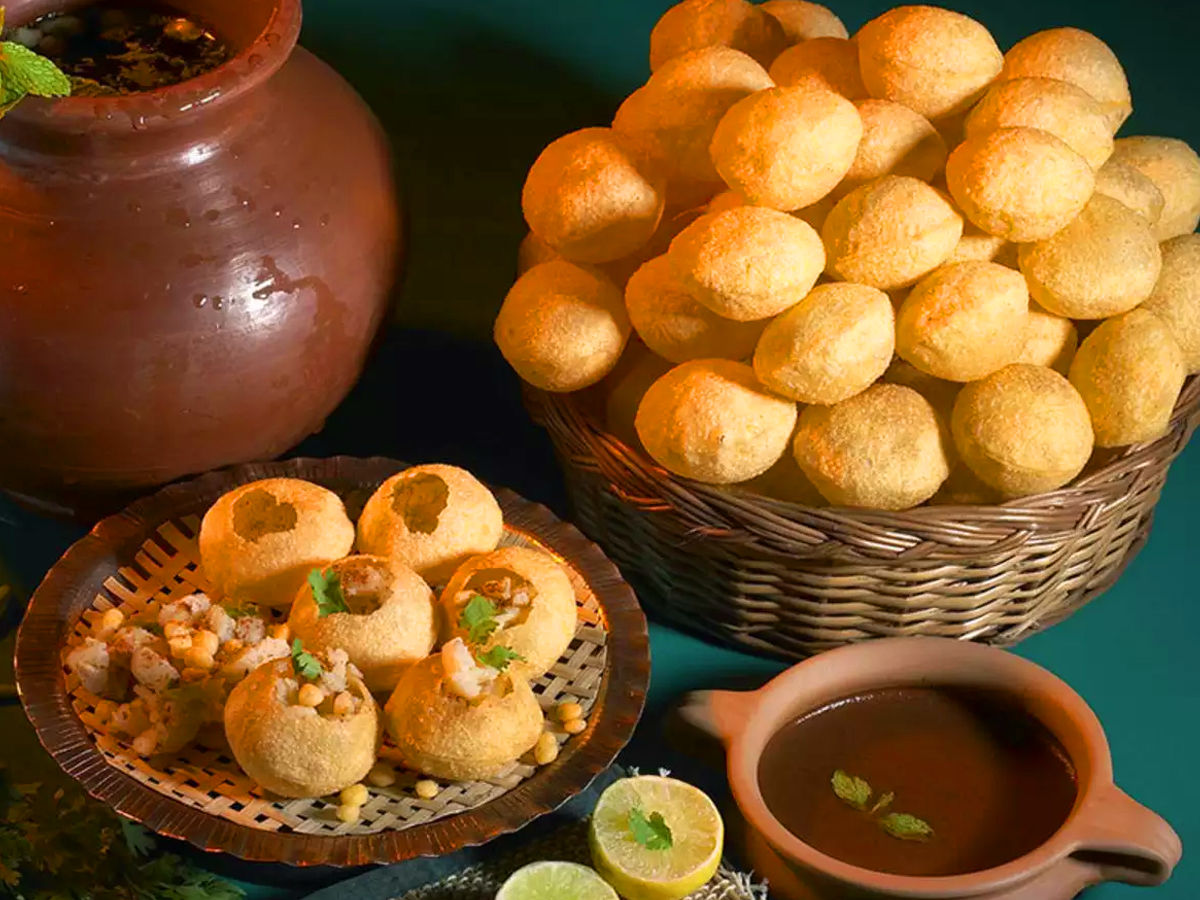 Gol Gappe is called phuchka in West Bengal, possibly due to the ‘phuch’ sound that it makes when you take a bite. Compared to the others that are typically made of flour or ragi, the particular characteristic of the phuchka lies in the fact that it is made of whole wheat. Phuchka water is a little more spicy and tangier than those in the rest of the world, too.