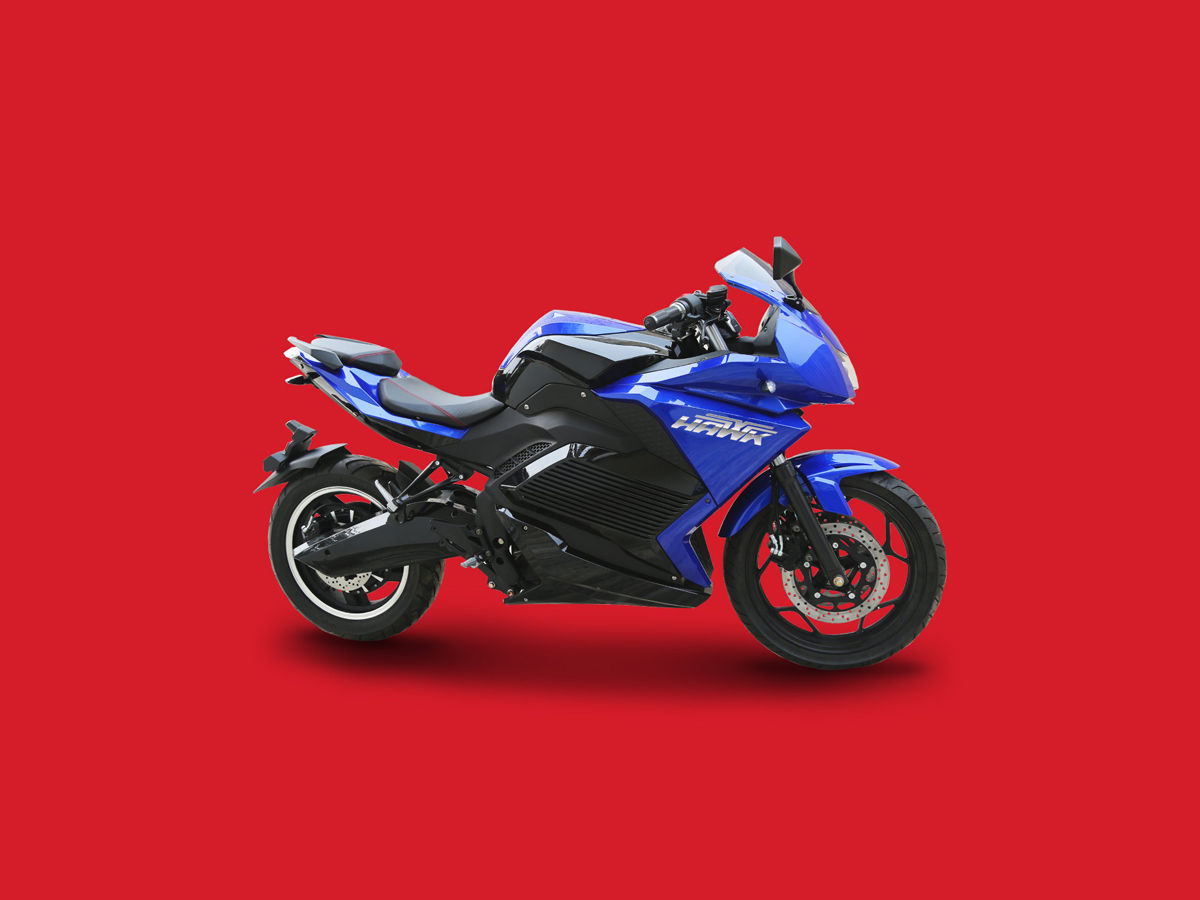 The automotive market has long been dominated by fossil fuels. Still, we have seen a big push in the last couple of years into electric car firms. It is enthralling to see how, in the automotive room, the Indian government is moving the EV agenda. If things go as expected by 2025, two-wheelers’ selling based on the internal combustion engine (ICE) will end as per the government’s planned ban.

The Revolt RV400, an AI-based electric bike, is all set to make its official market debut. Srivaru Motors, based in Tamil Nadu, is also gearing up for the first all-electric motorcycle. This particular venture is fascinating because a former Tesla engineer, Mohanraj Ramasamy, heads Srivaru Motors. The entire EV industry has been revolutionized by Tesla. We are moving one step at a time in that direction. So one should hope that their success is likely to be an ace.

The news of producers entering the EV bandwagon is a significant step in leading the Indian path to clean and power. They are undoubtedly here to stay and transform the way we drive, while it will take us a while to consider electric vehicles. Here are several electric two-wheelers with big players entering the league that will be released in due time. 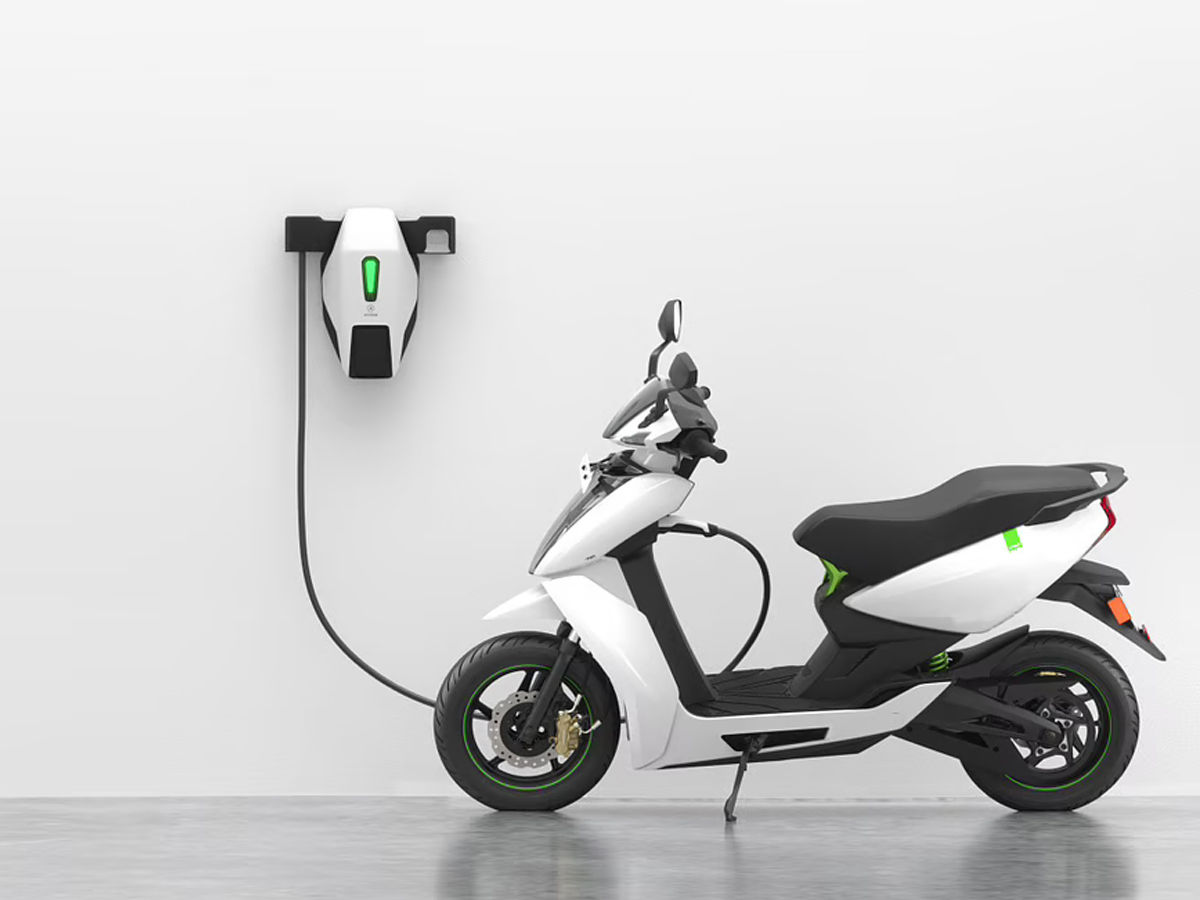 In the country, the Ather 450 is an AI-enabled and feature-rich electric scooter. The electric scooter boasts a futuristic build with an aerodynamic and sleek profile. Online access, mobile matching, view of the seven-inch touchscreen instrument, navigation, upgrades to over-the-air applications, reverse support, geo-fencing, and the list goes on. The Ather 450 is power-packed by a 2.4kWh disposable lithium-ion battery rated IP67 for water and dust resistance. The battery is combined with a 5.4kW peak power generating BLDC generator. A practical target range of 75 kilometres on a single charge is provided by the scooter. From 0 to 80%, the Ather 450 takes two hours to charge. It can fuel the batteries at a rate of 1 km/min using a powerful charger. 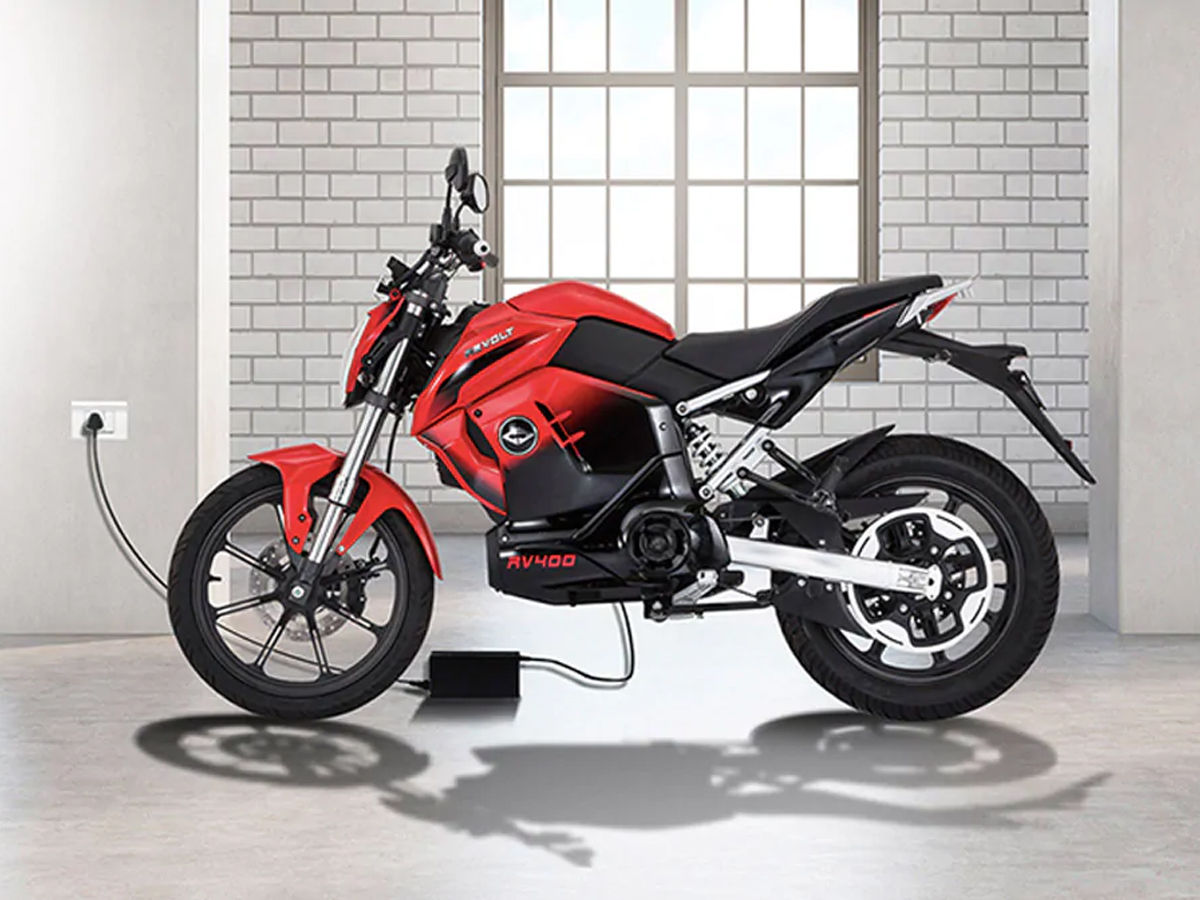 The first AI-enabled electric bike on the Indian market is the Revolt RV400. There are two versions of the Revolt RV 400 electric bike: regular and luxury. It has a maximum of 150 km on a single charge. A host of applications, AI-enabled hardware, and exclusive payment and repair mechanisms are provided by both motorcycles.

Revolt provided the RV 400 with a 15-watt battery. By pulling out the unit and charging it like a power bank, users can even switch out batteries and capture them. The bike also has access to locations, which helps users to map and evaluate their travel information to understand whether the rider is running late due to traffic or weather conditions: fault detection, real-time battery monitor, multiple sounds when working and anti-theft protection are additional features. 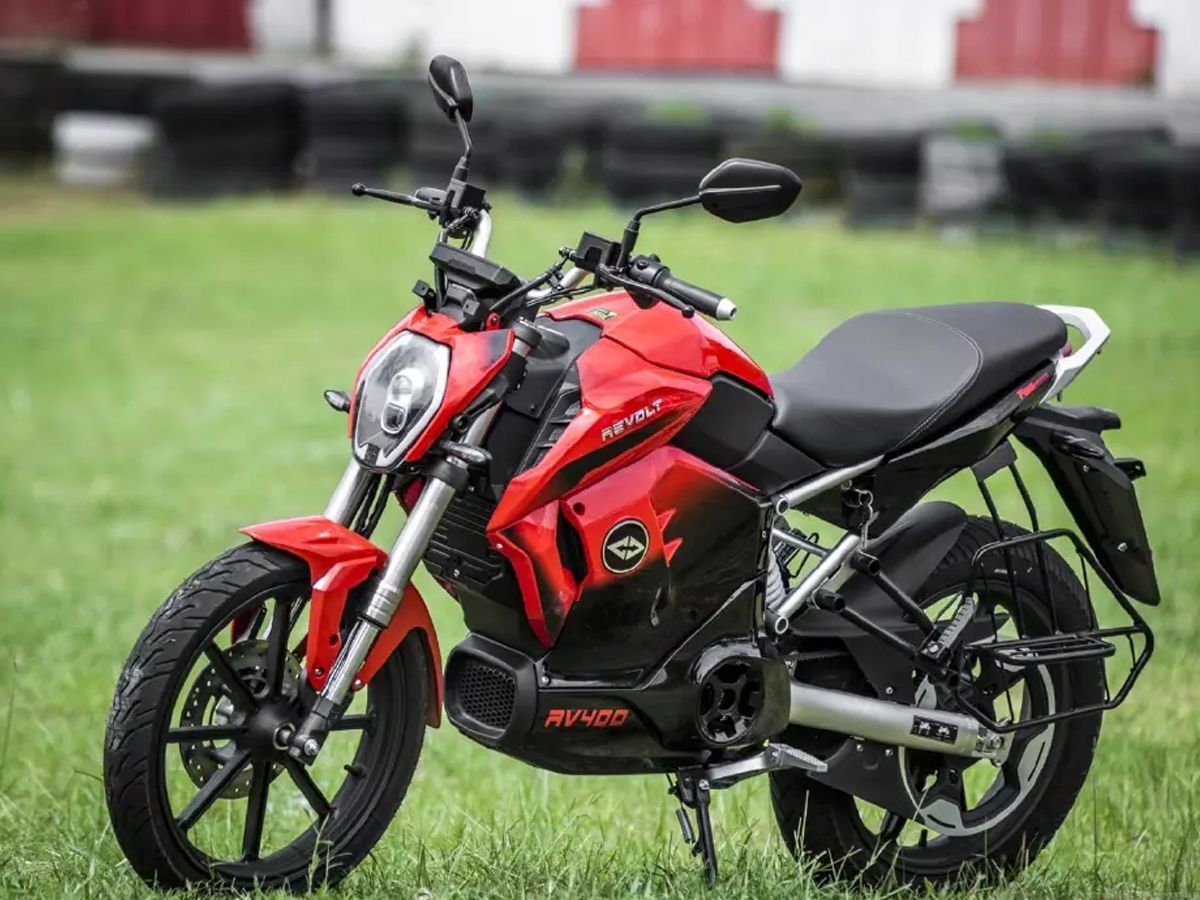 In the brand’s lineup, the Revolt RV 300 electric bike is the entry-level variant. Like their bigger brothers, it provides much of the functionality and facilities. It does come with a more miniature electric motor, which is geared more at the commuter section. It has a span of 180km on a single load, and three-riding modes are also available. 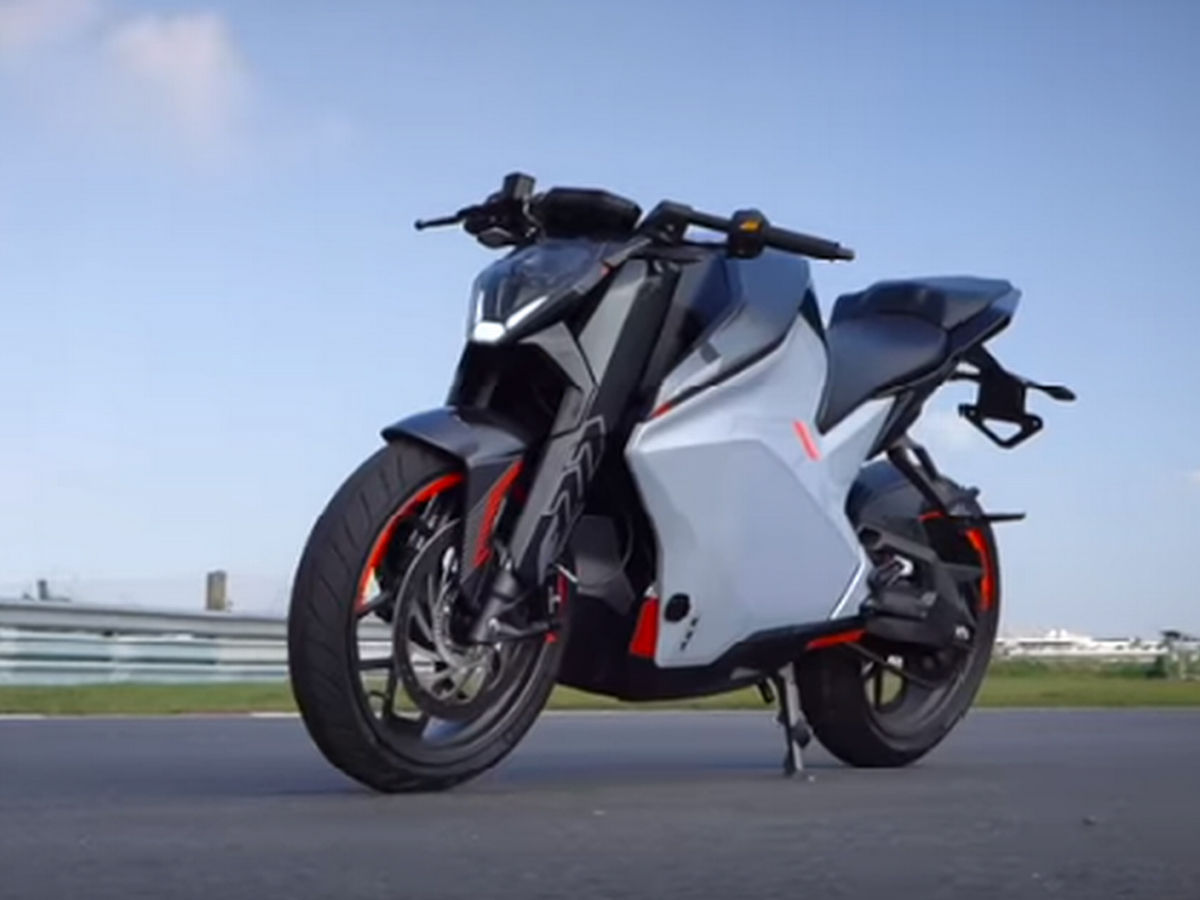 The electric bike Ultraviolette F77 derives its design influence from the aviation climate. When seen on the road, the bike boasts a modern look and sure to be a head-turner. Connectivity to the Internet, tablet, fully automated instrument cluster, ABS, regenerative braking, and more. Three batteries of 4.2kWh each combined with an electric motor generating 33.5bhp and 90Nm of torque are housed in the motorcycle. The power is shifted to the rear wheels through a chain-drive set-up.

The firm claims that in 2.9 seconds, the F77 will attain 0 to 100kmph and proceed to reach a peak speed of 147kmph. The Ultraviolette F77 provides a range of 150km from its 3 batteries on a single charge. It also features quick charging that in 50 minutes will carry the battery from 0 to 80 percent.

The Ather 340 is a younger and marginally cheaper Ather 450 sibling. It is currently available for a price in India of Rs 1,10,647. The bike provides a single-charge range of 60 km and a peak speed of 70 km. There’s a lithium-ion battery of 1.92 kWh that can catapult the Ather 340 with 20 Nm of peak torque, accelerating in 5.1 seconds from 0 to 40 km/h. Ather’s cloud-connected remote diagnostics, satellite navigation, fast-charge technology, Android-powered touchscreen, and mobile access are additional features. 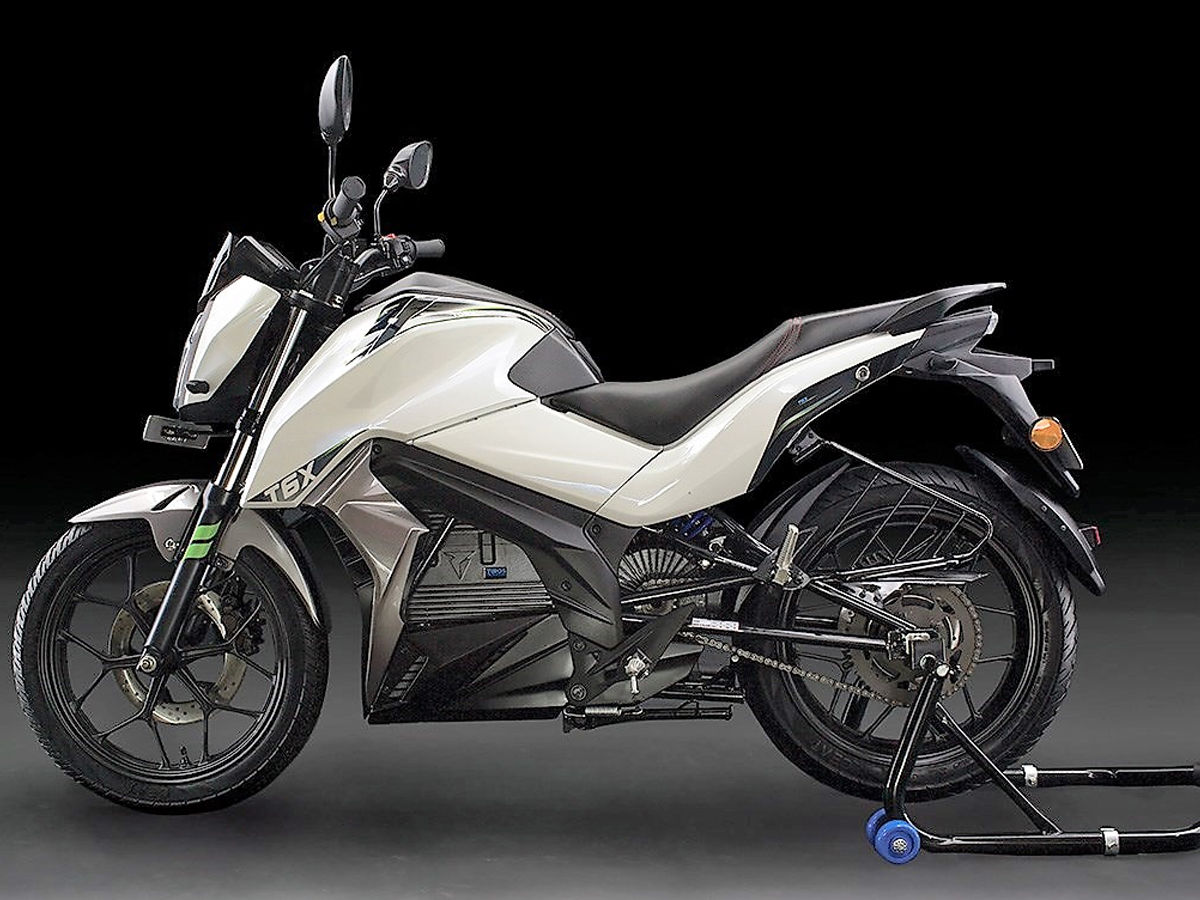 Tork, one of the early players in the Indian industry, has been around for a decade now. Some years back, the Tork T6X was introduced and was one of the first to deliver bike features such as built-in mapping capability, cloud access, built-in GPS. The bike will be powered by a 72-Ah lithium-ion battery. Pace love? On a single charge, the bike can produce up to 100 km/h and be charged up to 80 percent within an hour. The motorcycle is presumed to be launched by the end of 2019 at INR 1.25 lakh. The Emflux One will be India’s first electric superbike, projected to be on the road by the end of 2019. And now, how cool is it? A peak speed of 200 km/h and a range of 200 km/charge can be accomplished with the bike. Using technology at its finest, the liquid-cooled AC induction motor can be used to provide 67 bhp and 84 Nm of torque effortlessly. One of the best-selling points is a performance that beats traditional 600 cc motorcycles. 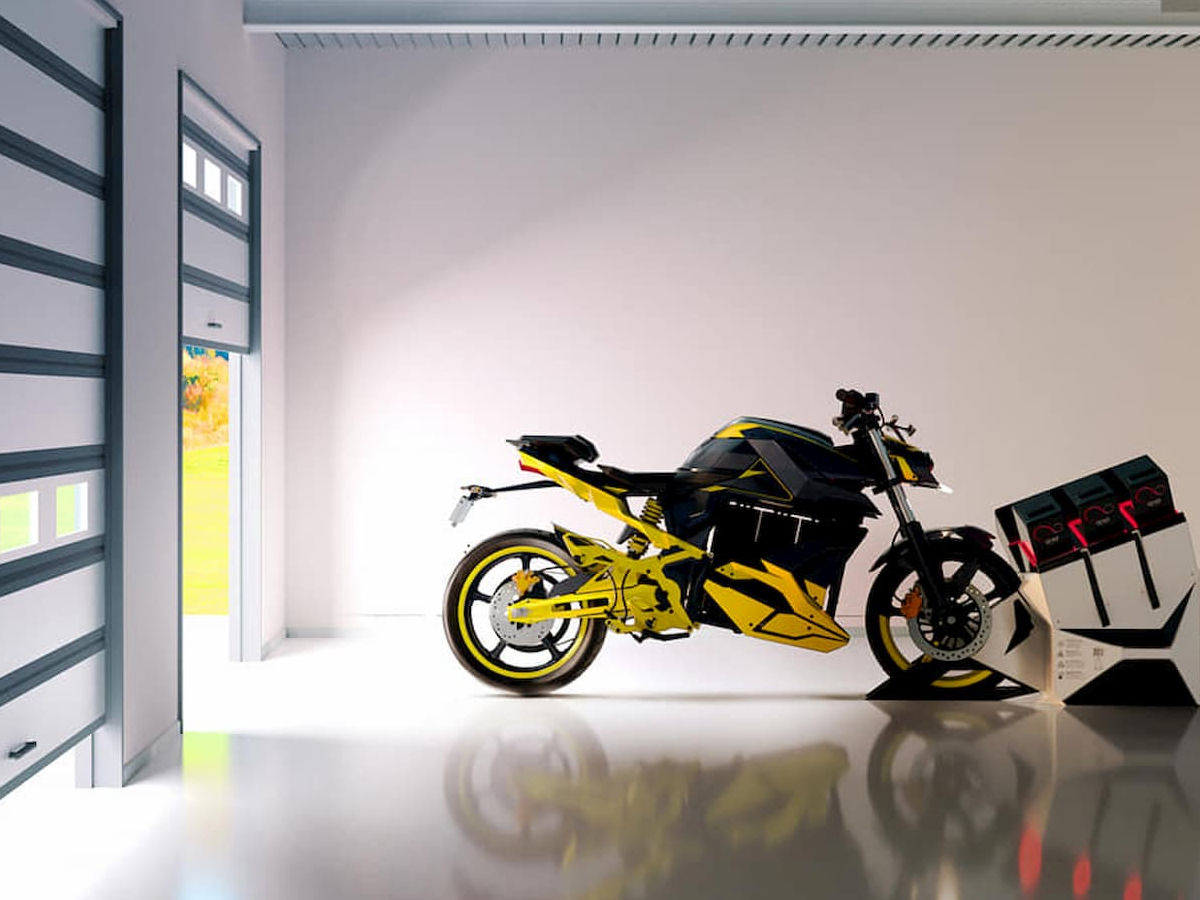 The Orxa Mantis high-performance electric bike was shown at the 2019 India Bike Week by Bengaluru-based Orxa Energies. The Mantis has a battery pack of six batteries with a combined output of 9 kWh.

The Orxa Mantis will reach a top speed of 140 km/h, and in eight seconds, it can go from 0 to 100 km/h. The batteries are reversible and can be fully charged within three to four hours. Expect a premium price tag as well, including the premium specs. High-performance tires, aero aluminium alloy wheels, 41 mm front telescopic forks, and a mono-shock rear suspension are provided for the Mantis. Planned, built, and produced in India, the Kridn electric bike is advertised as a rugged vehicle that can manage all kinds of roads. It is powered by an electronic motor that produces 5.5 kW (peak) & 3 kW (continuous) power from a battery pack of 2.88 kWh. It takes 4-5 hours to charge it entirely using a regular charger. That is reduced to 3 hours using a fast charger.

The One Kridn electric bike’s performance fits a 125cc motorcycle, the company says. The electric bike’s maximum speed is 95 km/h and offers a range of 120 km in eco mode and 80 km in standard way. In 8 seconds, it will accelerate from 0 to 60 km/h. 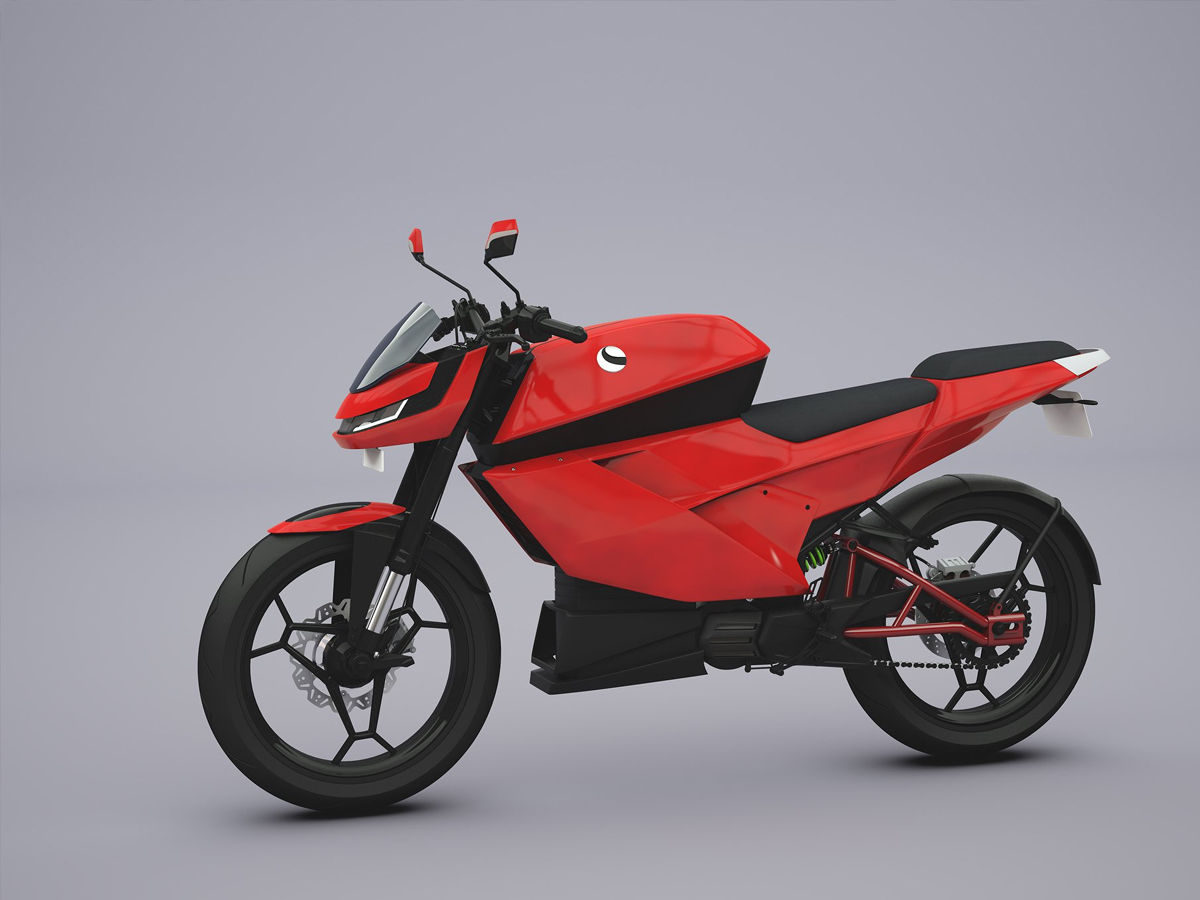 In 2018, the eMotion Surge was digitally released, and eMote Electric, based in Coimbatore, has spent the last couple of years designing the production version. The 40 Ah Lithium-Ion battery that comes with an intelligent battery control system would fuel the Surge electric bike. The Surge can return a 100 km range in the base version, and the scope of the bike can be increased up to 200 km or 300 km by installing more arrays (the bike can hold almost three batteries).

The Surge is the first electric bike to deliver a gearbox as well. The battery can be charged by standard charging in 3 hours and 20 minutes and by express charging in 30 minutes. The Surge was expected to be launched this year in September or October. Still, the situation with COVID-19 postponed the launch to 2021. Two variants will be ready: one with a 10 kW motor with a top speed of 120 km/h and a time of 0-60 km/h below 4 seconds; the other with a 6 kW motor with a high speed of 100 km/h and 0-60 km/h below 5.

With its edgy nature, clip-on, wide brake discs, and complete fairing, the Evolet Hawk can look like a high-performance sports bike. However, this is a ‘tamed’ electronic bike with a peak speed of 80 km/h, projected to hit 120 km/h in the development version. The Hawk is packed with a 72V 40 Ah Li-ion battery and a 3 kW brushless motor, which provides a single-charge range of up to 150 km. The Hawk receives an all-digital instrument console, telescopic forward forks and mono-shock back suspension, double discs on the front wheel, and a singular disc brake set-up on the rear, scheduled to be introduced in early-2021, in two color options-Silver and Blue.