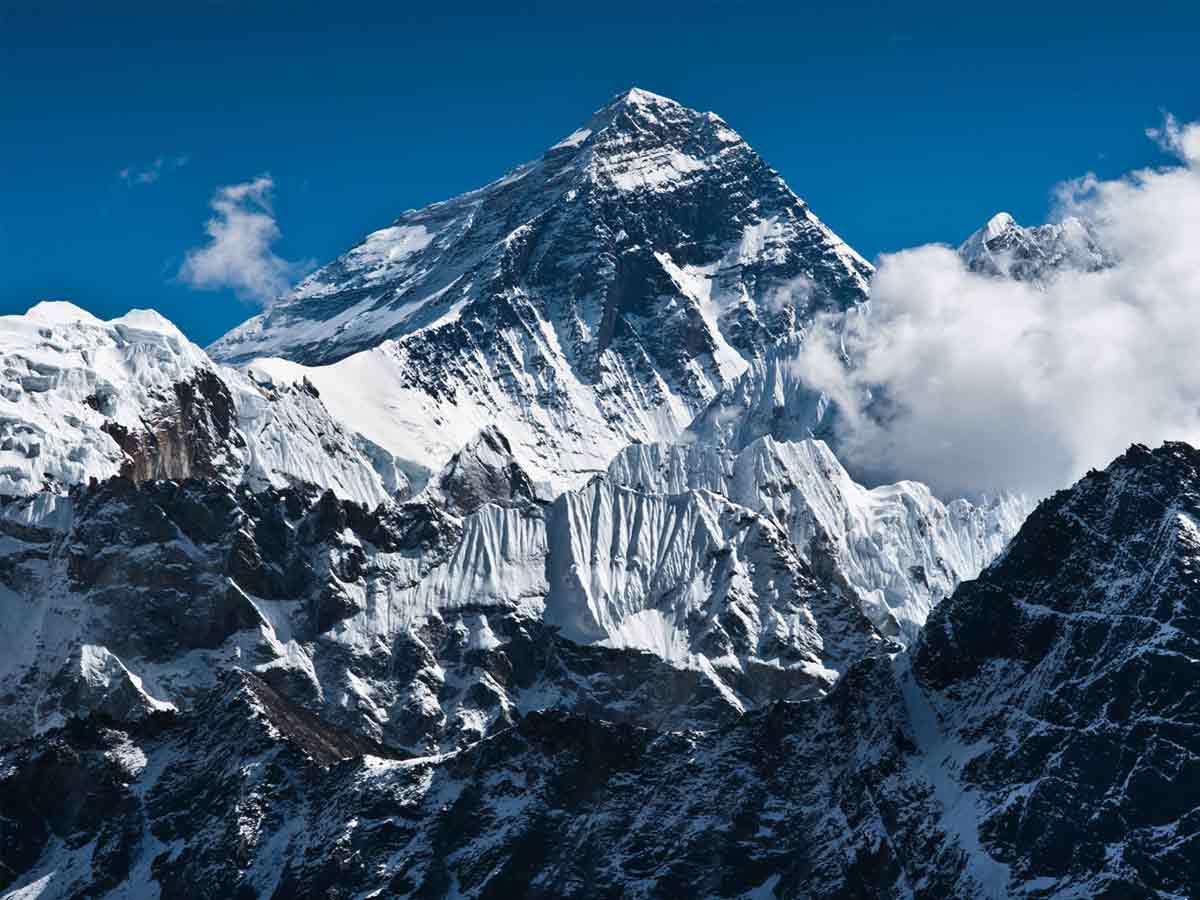 The Himalayas, Himalayan Mountains, also known as the Nepali Himalayas, are a great mountain range in Asia that forms a buffer between the Tibetan Plateau to the north and the alluvial plains of the Indian subcontinent to the south. The Himalayan Mountains include the world’s tallest mountains, with more than 110 peaks rising to 24,000 feet (7,300 meters) or higher above sea level.

Mount Everest (Tibetan: Chomolungma; Nepali: Sagarmatha), the world’s highest, is one of them, with 29,032 feet. The high peaks of the mountains climb into a region of permanent snow.

The Himalayas have retained profound importance for the cultures of South Asia for thousands of years, as shown by their literature, mythologies, and faiths. Since ancient times, the massive glaciated heights have drawn the attention of pilgrim mountaineers from India. Who gave the great mountain range the Sanskrit name Himalaya—from Hima (“snow”) and Alaya (“abode”). In modern times, the Himalayas have given the greatest appeal and the greatest challenge to mountaineers worldwide.

The Himalayan mountains, which form the Indian subcontinent’s northern frontier and an almost impenetrable buffer between it and the lands to the north, are part of a large mountain belt that extends halfway across the world from North Africa to Southeast Asia’s Pacific Ocean coast.

The Himalayas themselves extend for approximately 1,550 miles from west to east between Nanga Parbat in the Pakistani-administered portion of Kashmir and Namjagbarwa in Tibet. Nepal and Bhutan are Himalayan countries located between the western and eastern extremes.

The Himalayas are bounded to the northwest by the Hindu Kush and Karakoram mountain ranges and the north by the high and vast Tibetan Plateau. The Himalayan Mountains range in width from south to north between 125 and 250 miles. Their gross land area is about 230,000 square miles. 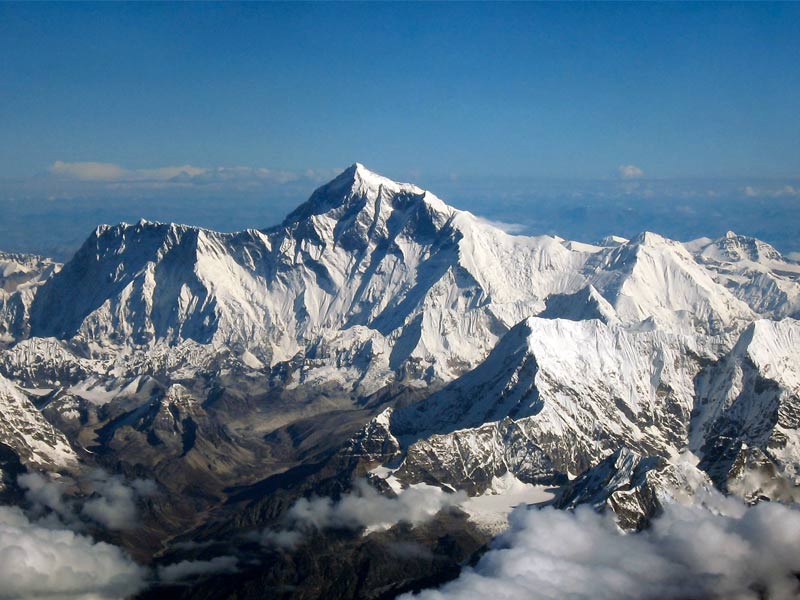 While India, Nepal, Tibet, and Bhutan have jurisdiction over most of the Himalayas, Pakistan and China also have portions of them. Pakistan has administrative control of approximately 32,400 square miles of the range lying north and west of the “line of control” formed between India and Pakistan in 1972.

China took over Tibet by false claims and force and took Tibet’s administration under its control and the Himalayan Mountains. China administers about 14,000 square miles in the Ladakh region and has claimed territories in the Indian state of Arunachal Pradesh at the eastern end of the Himalayas. These disputes exacerbate India’s and its neighbors’ border issues in the Himalayan region.

The Himalayan Mountains are known for their towering heights, steep-sided jagged hills, valley, and alpine glaciers, frequently of enormous scale, topography deeply carved by erosion. Almost incomprehensible river gorges, intricate geologic formation, and sequence of elevational belts (or zones) show different ecological associations of flora, fauna, and climate. As seen from the south, the Himalayas appear as a massive crescent with the main axis rising just above the snow line, as snowfields, alpine glaciers, and avalanches all feed lower-valley glaciers, which in turn feed the majority of the Himalayan rivers. 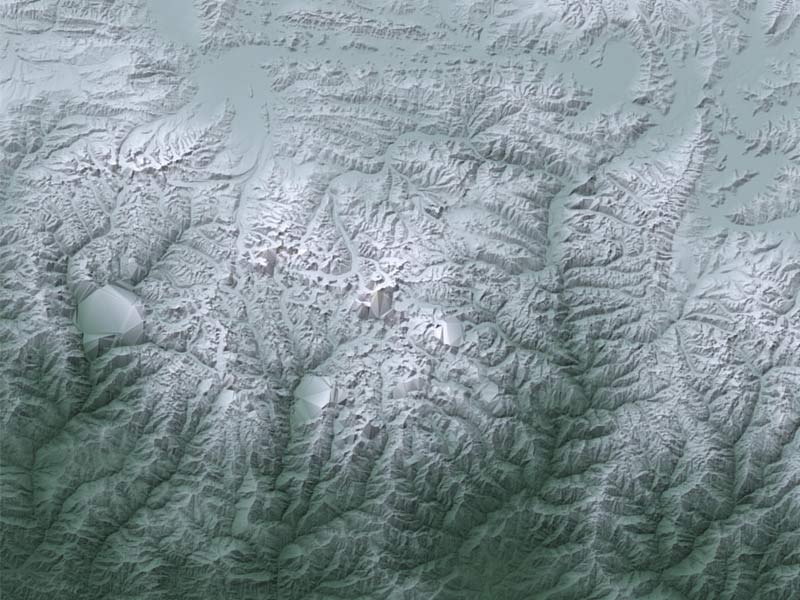 However, the majority of the Himalayas are below the snow level. The method of forming the range’s mountains is still ongoing. Significant stream flooding and massive landslides arise as the bedrock is raised.

The Himalayan Mountains are divided into four parallel longitudinal mountain belts of differing width. Each has its own distinct physiographic features and geologic past. 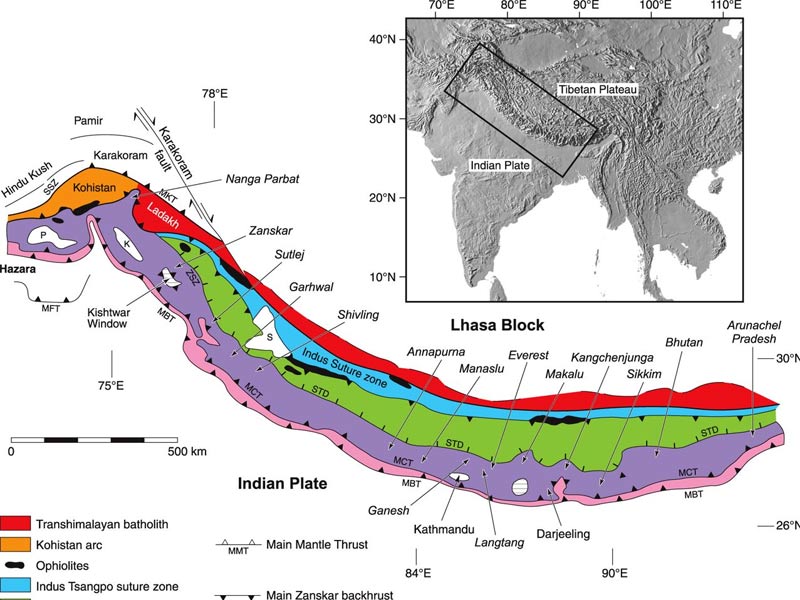 Over the last 65 million years, powerful global plate-tectonic forces have pushed Earth’s crust to shape the band of Eurasian mountain ranges, including the Himalayas, that stretches from the Alps to Southeast Asia’s mountains.

During the Jurassic Period (about 201 to 145 million years ago), a deep crustal downwarp known as the Tethys Ocean surrounded the entire southern fringe of Eurasia, except the Arabian Peninsula and Indian subcontinent.

The ancient supercontinent of Gondwana (or Gondwanaland) started to disintegrate about 180 million years ago. 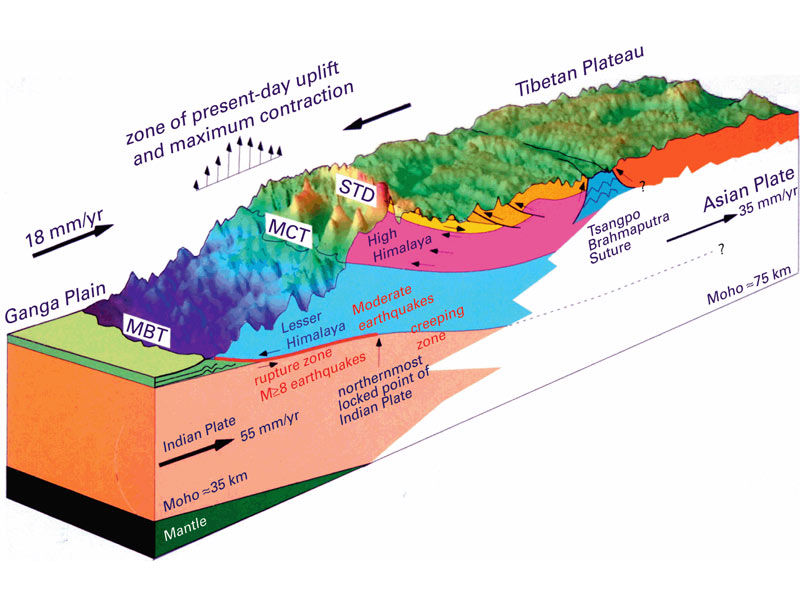 During the next 130 to 140 million years, one of Gondwana’s fragments, the lithospheric plate that included the Indian subcontinent, followed a northward collision path with the Eurasian Plate. The Indian-Australian Plate eventually encircled the Tethys trench, creating a massive pincer between itself and the Eurasian Plate. As the Tethys trench narrowed, rising compressive forces twisted the rock layers under it, creating interlacing faults in its marine sediments.

Massive masses of granites and basalts intruded into the weakened sedimentary crust from the depths of the mantle. The Indian subcontinent eventually collided with Eurasia between 40 and 50 million years ago. The plate containing India was sheared downward, or subducted, at an ever-increasing pitch beneath the Tethys trench.

Also Read, Exploring The Highest Mountains in the World

For the next 30 million years, the shallow portions of the Tethys Ocean steadily drained as the seafloor was forced up by the plunging Indian-Australian Plate, forming the Tibetan Plateau. On the plateau’s southern tip, marginal mountains—now known as the Trans-Himalayan ranges—became the region’s first major watershed and climbed high enough to double as a climatic barrier.

As heavy rains fell on the steepening southern slopes, the main southern rivers flowed northward toward the headwaters with rising intensity along old transverse faults. They caught the streams flowing onto the plateau, setting the groundwork for Asia’s drainage patterns. To the south, sediment washed down by the ancient Indus, Ganges (Ganga), and Brahmaputra rivers quickly filled the northern ranges of the Arabian Sea and the Bay of Bengal. The widespread erosion and accumulation continue to this day, as those rivers bear enormous material every day. 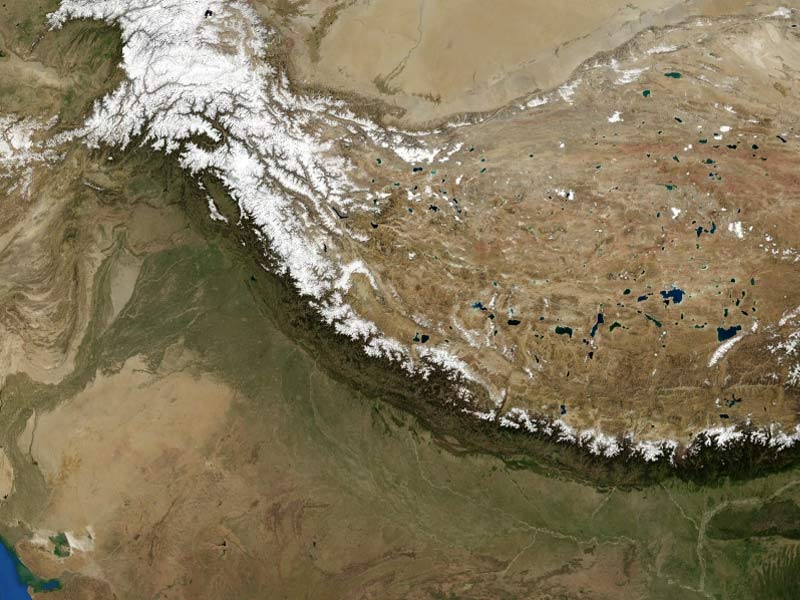 Finally, about 20 million years ago, during the early Miocene Epoch, the pace of the crunching union between the two plates picked up dramatically, and Himalayan mountains formation started in earnest. The topmost layers of old Gondwana metamorphic rocks peeled back over themselves for a long horizontal stretch to the south. The Indian subcontinental plate began to sink under the former Tethys trench, creating nappes. Wave after wave of nappes swept southward through the Indian landmass for up to 60 miles.

Each new nappe was made up of Gondwana rocks that were older than the previous. Over time, those nappes folded, shrinking the former trench by 250 to 500 horizontal miles.

Downcutting rivers followed the uplift rate, bringing large quantities of eroded material from the rising Himalayas to the plains, where the Indus, Ganges, and Brahmaputra rivers dumped it. Because of the weight of the sediment, depressions formed, which could then hold more sediment. The alluvium under the Indo-Gangetic Plain today extends to depths of more than 25,000 feet in some areas.

Crystalline rocks bearing fresh gneiss and granite intrusions erupted in the central region of the northernmost nappes—and just beyond—to create the jaw-dropping crests seen today. On a few hills, such as Mount Everest, crystalline rocks piggybacked old Tethys sediments from the north to the summits.

Once the Great Himalayas had grown high enough, they became a climatic barrier, denying rain to the marginal mountains to the north, which became as arid as the Tibetan Plateau. On the wet southern flanks, the rivers surged with such erosive energy that the crest line was forced to move steadily northward.

Simultaneously, the great transverse rivers that breached the Himalayan Mountains began to downcut in tandem with the uplift. However, the geography forced all but the main rivers to reroute their lower courses. When the northern crests rose, so did the southern edge of the extensive nappes. The Siwalik Series formations were overthrust and folded, and the midlands were downward between the Lesser Himalayas. Many smaller rivers now ran east or west through natural gaps in the midlands before they could burst through the modern southern barrier or enter a larger torrent.

Lakes formed temporarily in some valleys, such as the Kashmir Valley and Nepal’s Kathmandu Valley, and were then filled with Pleistocene deposits. The Kathmandu Valley climbed at least 650 feet after drying up about 200,000 years ago, indicating localized uplift within the Lesser Himalayas.

Climbing Machhapuchhare is prohibited, which is unusual in a country like Nepal, which has welcomed mountain tourism so strongly that even the world’s highest point is overcrowded. 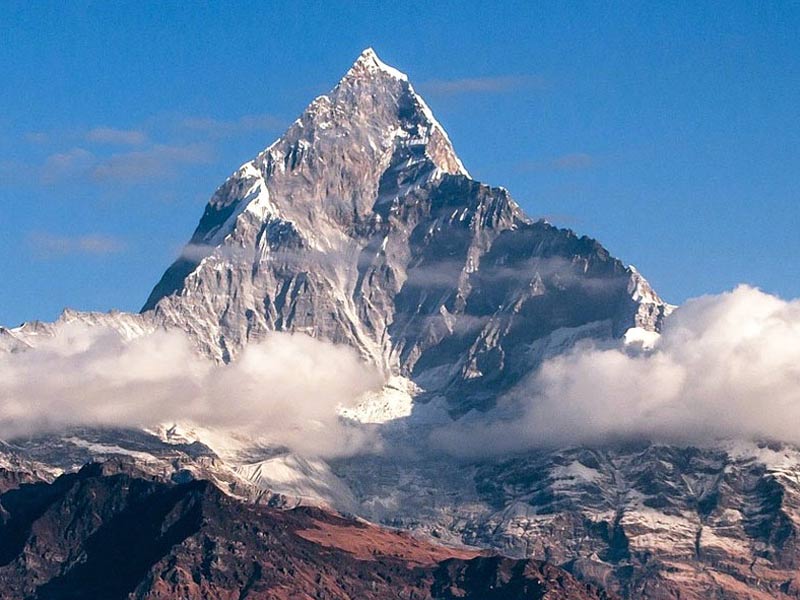 Machhapuchhare’s geographical location allows for simple views of its various profiles from various vantage points. The breathtaking prominence of its vertical relief is unmistakable from any perspective or distance. Machhapuchhare’s double summit, which rises like twin spires twisted into each other and is united by a sharp ridge, has as much allure as the steep, symmetrical triangular tip – the other profile. 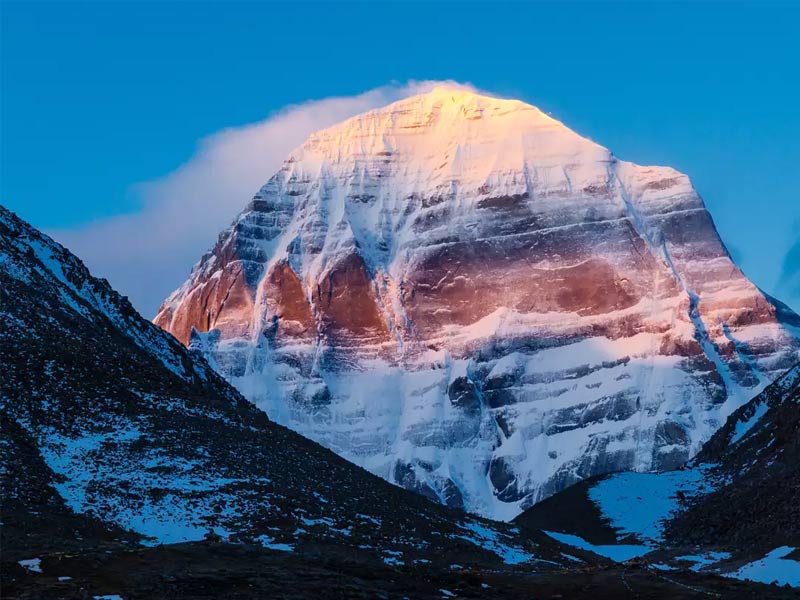 Despite being shorter than Mt. Everest (which thousands have scaled), no one has yet crossed the summit of Kailash. Many believe this is the work of divine powers, although physicists remain perplexed. Many attempts to reach the summit have been made. Still, nearly all of them have been derailed by harsh weather conditions when they set foot on the range as if the mountains didn’t want people climbing it.

Others believe that once on the range, navigation becomes difficult due to conflicting directions, with others even going so far as to claim that the mountain and its supernatural powers twist and turn directions.