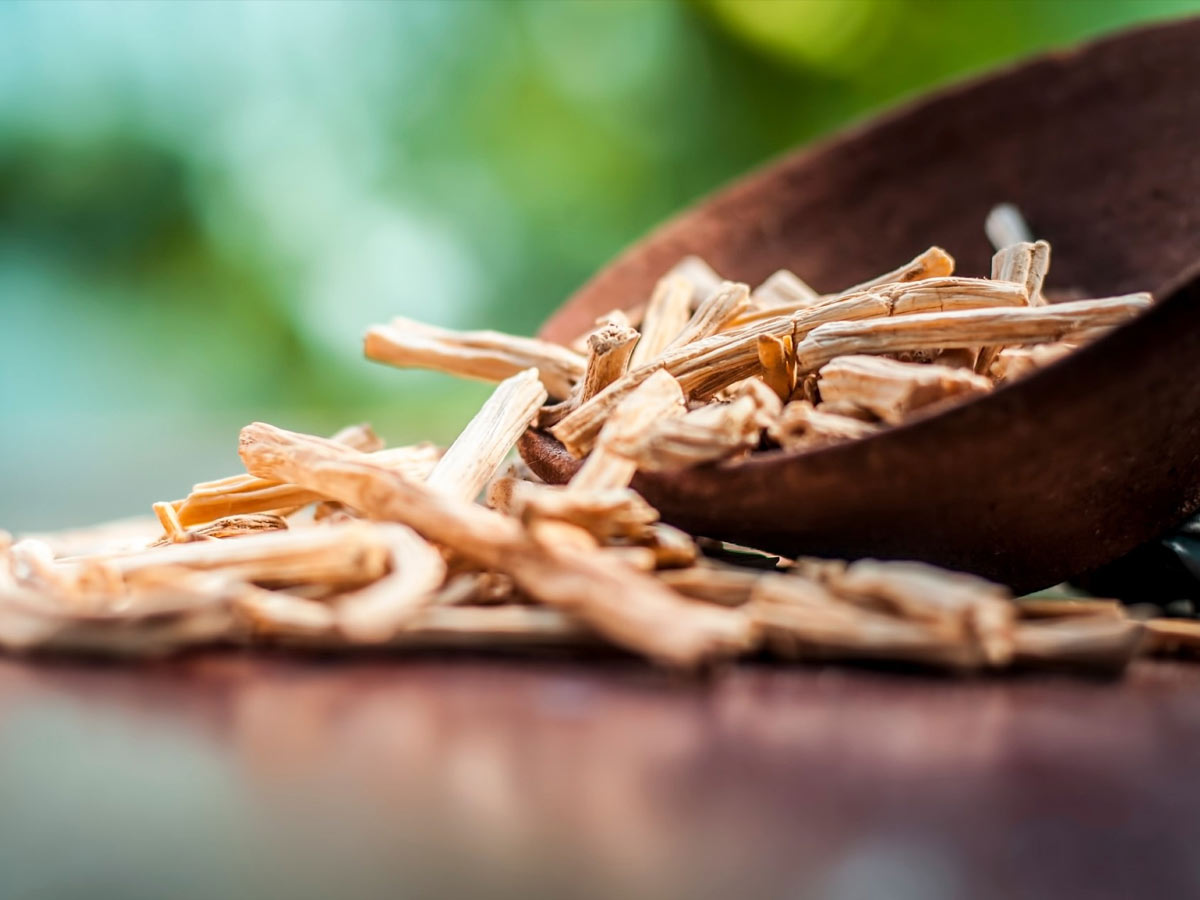 Shatavari is a homeopathic remedy that has long been utilized in Ayurveda, India’s ancient medicinal practice. It is derived from the roots of the Asparagus Racemosus plant. It is sold as a nutritional supplement, generally in the form of a tablet or powder. Shatavari is reported to provide several health advantages, such as the ability to alleviate stomach ulcers.

Bell-shaped, aromatic, racemose white flowers with a pink tint are typical of the shrub, which blooms from June to July. These blooms are followed by three-lobed globose berries with a peculiar bitter-sweet flavor, initially green when fresh but become blackish-purple as they mature. The seeds within are brittle and black in appearance.

This plant contains hundreds of fusiform roots succulent, tuberous, and spindle-shaped, as the name implies. The stem is woody and sparsely coated with curving spines, and the leaves are generally pine-needle shaped and bright green. The medicinal roots are light ash-colored on the exterior and milky white on the interior, with longitudinal creases running the length of the surface. 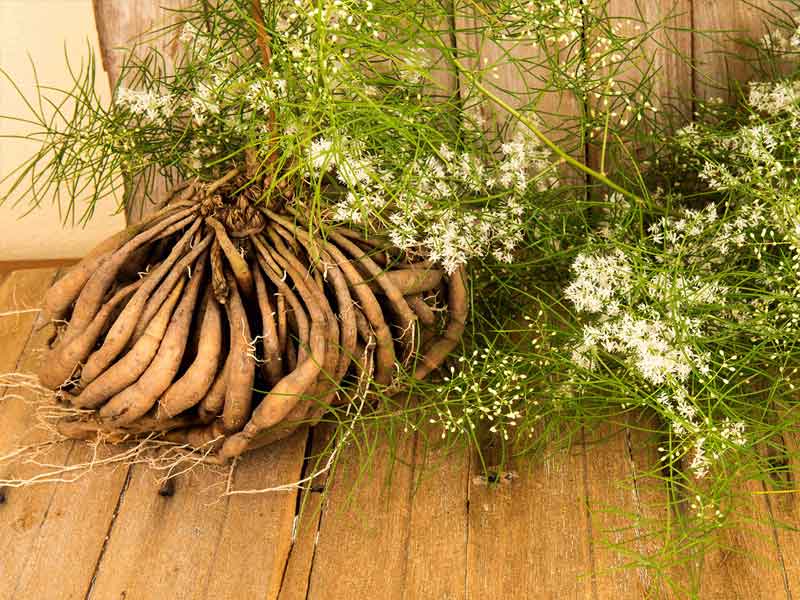 Australia, Africa, China, India, and areas of Asia are home to the plant. It’s a branching, woody, the spiny climbing shrub that may reach a height or length of 1-2 meters.

According to Ayurvedic practitioners, Shatavari offers cooling, relaxing characteristics that can assist in relaxing and balancing Vata and Pitta (two of the three doshas, however, just a few scientific research have looked at the Shatavari benefits. Although experimental animal studies indicated that Shatavari may have benefits, additional human research is needed to validate these claims.

Racemofuran, a compound present in Shatavari, has anti-inflammatory properties as well. Racemofuran operates in the body similar to prescription anti-inflammatory medicines known as COX-2 inhibitors, as per the book Medicinal Cookery: How You Can Benefit from Nature’s Pharmacy. These medications are intended to relieve inflammation without causing severe negative impacts on the digestive system.

Antioxidants protect cells from free radical damage. They also fight disease-causing oxidative stress. Saponins, which are chemicals with antioxidant properties, are abundant in Shatavari. According to 2004 research, Shatavari root contains a novel antioxidant termed Racemofuran and two recognized antioxidants known as Asparagamine A and Racemosol. 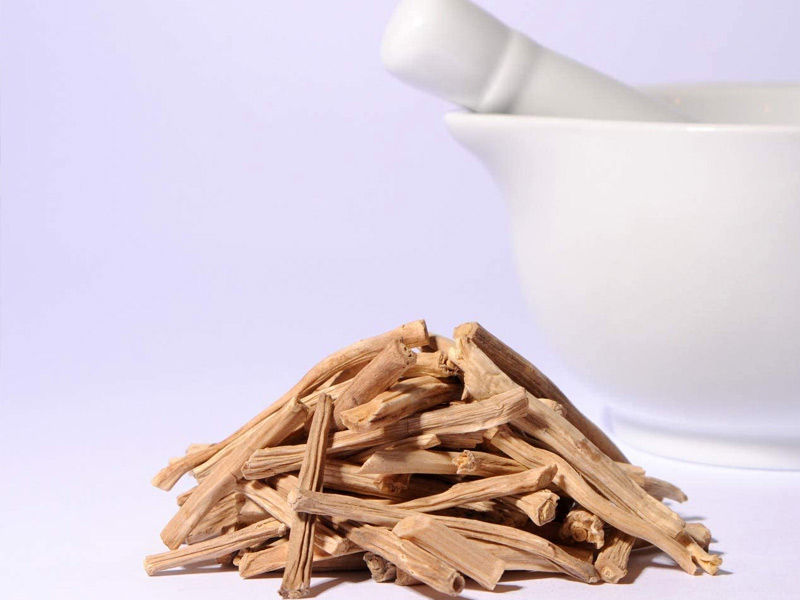 Shatavari pills are sometimes used to treat anxiety and depression in the past. Although no human trials have been conducted, investigations in rodents show that the plant may have these benefits.

According to a 2014 research published in Cellular and Molecular Neurobiology, Shatavari decreases anxiety in rats by engaging with the serotonin and gamma-aminobutyric acid (GABA) pathways, both of which are linked in anxiety in rats and humans.

Shatavari extract was shown to have antidepressant effects in lab rats, according to research published in Pharmacology, Biochemistry, and Behaviour in 2009.

This is because of its Sita (cold) quality. Shatavari’s Rasayana (rejuvenating) function also aids in the restoration of hormonal imbalance.

Treatment with Shatavari helped protect rats from aberrant alterations in kidney tissue, according to a 2012 research published in the Indian Journal of Experimental Biology. 2 In addition, Shatavari lowered oxidative stress and lowered cholesterol and blood glucose levels. 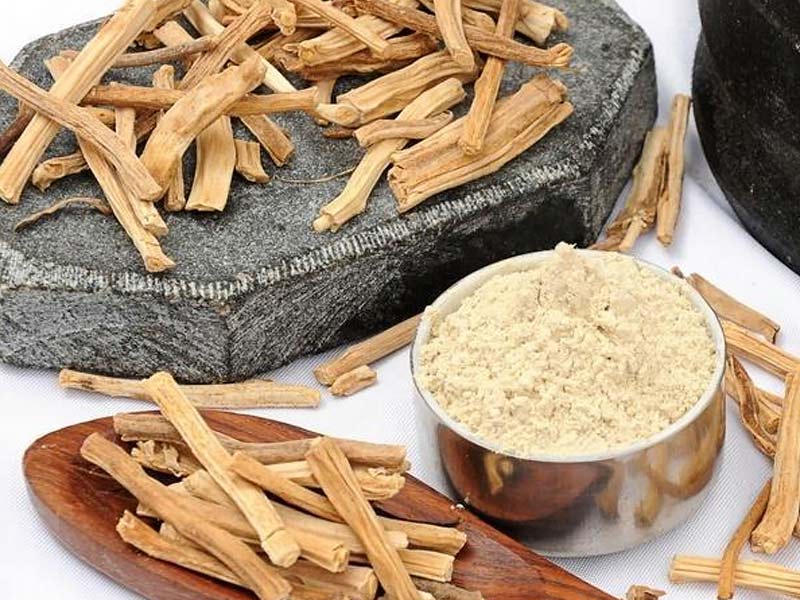 Shatavari may help to increase the amount of milk produced in the breast. Its galactagogue action is the reason for this. This may be related to the presence of steroidal saponins in the plant. It also aids in the growth of prolactin hormone levels, which aids in the improvement of breast milk production. Shatavari is very beneficial to breastfeeding moms, particularly those who experience insufficient breast milk supply.

In the treatment of stomach ulcers, Shatavari may be useful. It promotes gastric mucus production and strengthens the mucosal (gastrointestinal tract’s innermost layer) layer. It extends the lifetime of these mucosal cells due to its cytoprotective (cell-protective) properties. As a result, it protects the stomach against acid attacks.

Shatavari may help with the symptoms of premenstrual syndrome (PMS). Certain hormonal changes cause these symptoms. These have an impact on a woman’s behavior, emotions, and physical well-being. Shatavari helps to balance hormones. It is a revitalizing tonic that assists ladies in balancing these changes. PMS is a cycle of physical, mental, and behavioral symptoms that occurs before menstruation.

Shatavari may be useful in the treatment of bronchitis. Antimicrobial, anti-inflammatory, and immunomodulatory activities are all present in it. It helps to minimize lung inflammation. This helps to open up the airways and enhance breathing. Shatavari aids in the relief of symptoms associated with respiratory diseases such as bronchitis. Because Vata and Kapha are the major doshas involved in respiratory issues, this is the case. 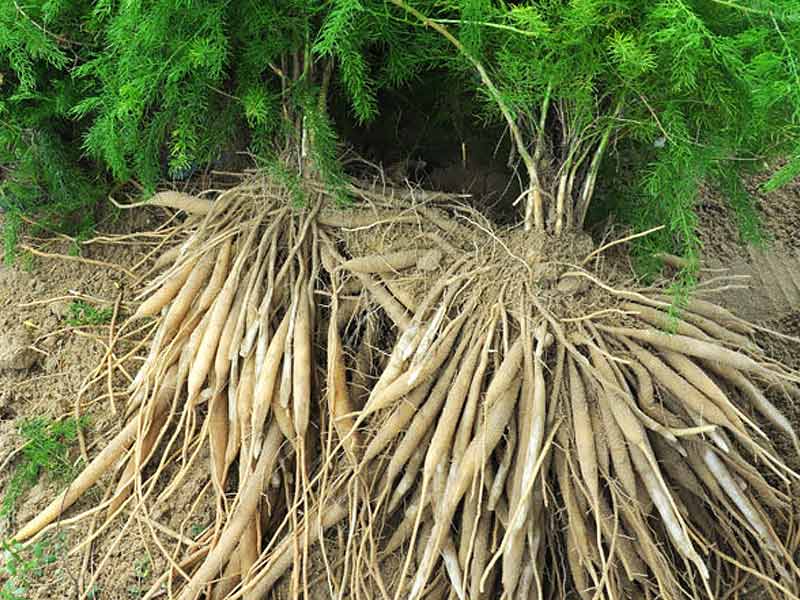 One of nature’s best-kept anti-aging secrets may be Shatavari. The saponins in Shatavari root, according to 2015 research, helped prevent free-radical skin damage that causes wrinkles. Shatavari also worked to keep collagen from breaking down. Collagen aids in the suppleness of your skin.

Before topical Shatavari products enter the market, further research is required. However, some scientists believe they might represent the future of safe anti-aging skincare.

For millennia, ayurvedic medicine has employed Shatavari. However, there haven’t been enough human trials to suggest it for any medical problem. It is, however, safe to take in small amounts, and doing so will allow you to benefit from its antioxidant and immune-boosting properties.

If you want to take a greater dose of Shatavari, see your doctor first before doing so. They can discuss your specific risks and advantages, as well as address any concerns you might have.

Best Vegetarian Vitamin b12 Foods you Must have in your Diet