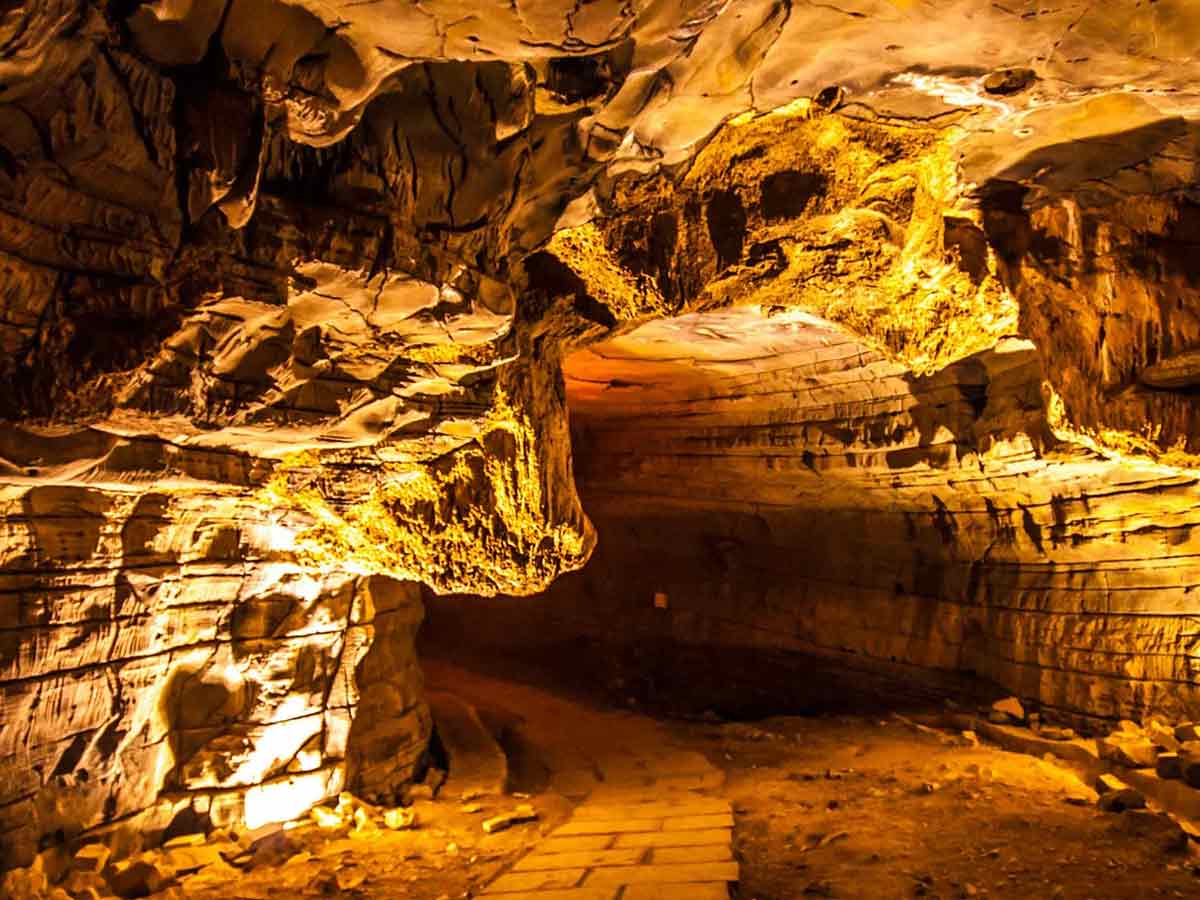 Belum Caves is one of the great wonders for visiting India’s Andhra Pradesh. The Belum Caves are a kind of wonderland that needs to be explored. Belum Caves are the second largest caves in India after Krem Liat Prah in Meghalaya. Belum caves are in Kurnool district of Andhra Pradesh and are the largest and longest cave system in India that is open for tourists.

The Belum Caves are best known for their unique formations, like the stalactite and stalagmite formations. These caves were formed millions of years ago with the consequent formation of the limestone. The beauty of Belum Caves is literally awestruck and leaves every visitor spellbound. The intricate pattern of water streams on limestone is a beauty that is a lavish visual treat to sore eyes. Belum Caves are one of centrally protected monuments and hold great importance.

These Belum Caves, till now, have been over three and a half kilometers explored. But only an out of it only a kilometer and a half is accessible to common tourists. At some points, the depth of Belum Caves goes down to 46 meters, and this point is known as Pataalagana. The beauty of nature at its peak can be witnessed here as an underground stream flows throughout the year at this point gliding over rocks and then hiding beneath the surface again.

Belum Caves contain so many long passages, galleries, water tunnels, and large cavities with fresh water. Also, there are three amazing and mesmerizing sinkholes. And these three sinkholes result from the movement of subterranean water flow and hence it serves as the feast for geologists. There is a statue of Lord Buddha with an enormous height of forty feet just outside Belum Caves, in order to commemorate the role of monks in the caves. Belum Caves is indeed a great wonder that deserves a visit at least once.

Belum Caves become known to us when Robert Bruce Foote, a British surveyor Robert Foote, stumbled upon the caves in year 1884. But even after its discovery by Foote, the caves were in use as garbage dumps till year 1983. In 1983, German speleologist Herbert Gebauer and his team along with Indian geologists, explored these caves. Then, during exploration of the caves, remnants of clay vessels dating back to 4500 BC were rediscovered in the cave with some pestles and mortars that were used for the grinding of medicines in Ayurveda.

It is believed that the formation of these Belum Caves’ intriguing network was formed where an underground river washed away the soft limestone surrounding the hard limestones. The walls of the caves have deep marks on them because of erosion that is caused by the river. Belum Caves holds a special position in both doctrines, i.e. Buddhists and Jains.

When and How to Visit Belum Caves

Exploring the Belum Caves is a little tricky because of its location in the Subterranean region. On any of the routes to Belum Caves, one has to walk around for about an hour that too amidst slightly lower concentration of oxygen, which makes it a little difficult to breathe. So, it is important to choose pleasant and stable weather to visit Belum Caves. Hence, the ideal time to plan and undertake a trip to Belum Caves is winter.

Belum Caves are near a village with same name as the caves. The village is at a distance of 100 kilometers away from Kurnool. Buses and taxis are easily available from there. Also, there is an easy availability of buses and taxis from cities of Bangalore and Hyderabad to Belum Caves. The nearest railway station to the caves is Tadipatri, about 30 kilometers away from the caves and from there, cabs and buses are easily available.

Patalganga- Patalganga is the stream that flows throughout the year in Belum Caves. The stream emerges and then submerges underground, inside the caves. Nobody till now from geologists to archaeologists has found the source of the stream or its outflow. However, this stream has helped a lot in the structural development of the caves as the formation of stalactites results from this stream only. 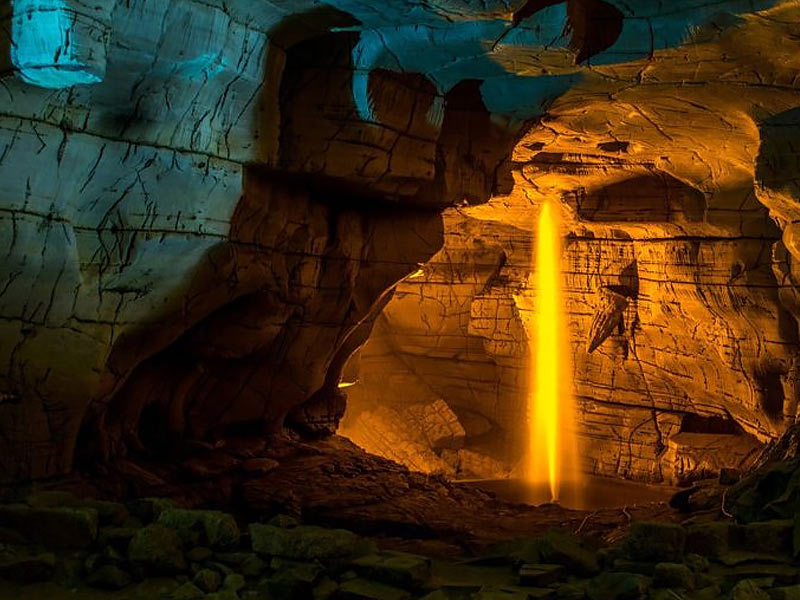 Kotilingalu Chamber- The literal meaning of this chamber is the room with 10 million idols to worship. The interesting shapes of the stalactites led to the local dwellers, considering them as idols, and this made the place a holy site. The stalactite represents the banyan tree and one a cobra with thousand heads.

Dhyan Mandir- This chamber of Belum Caves is a piece of perfect evidence that Jains and Buddhists used this cave for the meditations. In this support, there have been also the discovery of a lot of utensils that strengthen the belief that Buddhists and Jain monks lived in the Belum Caves.