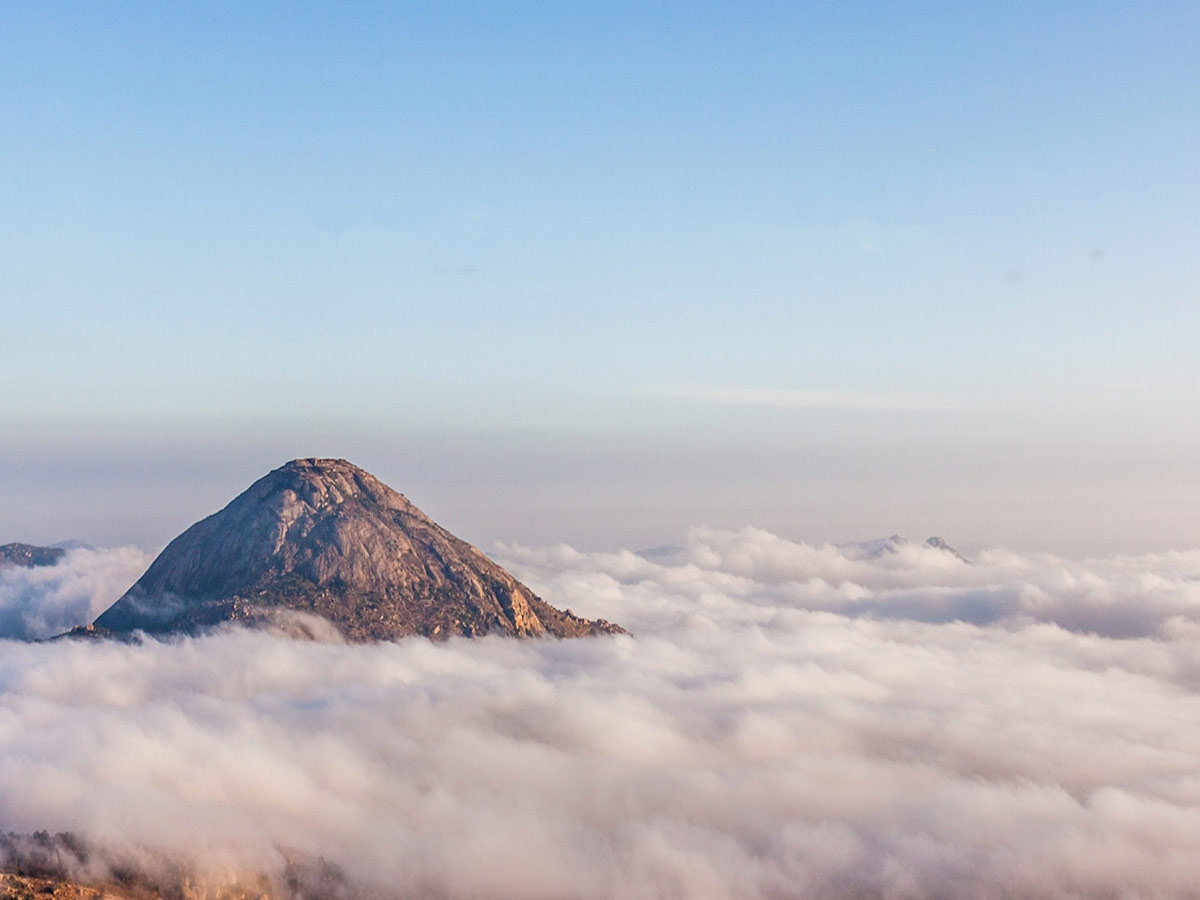 The former summer retreat of Tipu Sultan, Nandi Hills, is a perfect escape to paradise from maddening chaos and hustle-bustle city life. Nandi hills serve as the perfect weekend getaway for the people living in Bangalore. For both nature lovers and history lovers, Nandi Hills is the perfect destination to spend quality time. Nandi Hills can swipe all the stress, tension, and workload away. The bracing air and serene environs of Nandi Hills will leave you in awe for sure. Nandi Hills offers its visitors a whole bunch of memories and pleasant surprises.

Nandi Hills, or Nandigiri, has witnessed the ruling of so many rulers from Paleyagars of Chikkaballapura and Tipu Sultan to Marathas and finally the Britishers. The great serene Nandi Hills is perched at an elevation of 4850 feet above sea level. Nandi Hills knows well that how to treat and serve its visitors with its best. From pleasant and leisurely strolls to parasailing and trekking, Nandi hills has everything to cater to the needs of its visitors. If you are not convinced yet, you will definitely crave visiting Nandi hills at least once until the end of this blog. 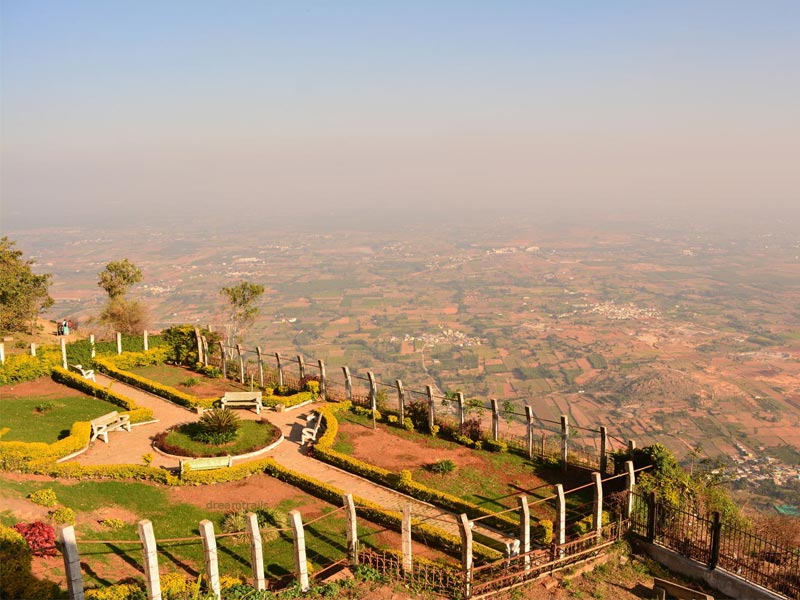 Nandi Hills holds a special historical significance with so many amazing scenes, sites, pleasures, and adventures. For the history freaks, this will be a great surprise in the Nandi Hills. It is believed that the fort walls in the Nandi hills were built by the Paleyagars of Chillaballapura and then strengthened later by Tipu Sultan and Hyder Ali. A big water pool dugout and a rectangular stone structure are built for water storage at the plateau’s center.

HOW TO REACH NANDI HILLS 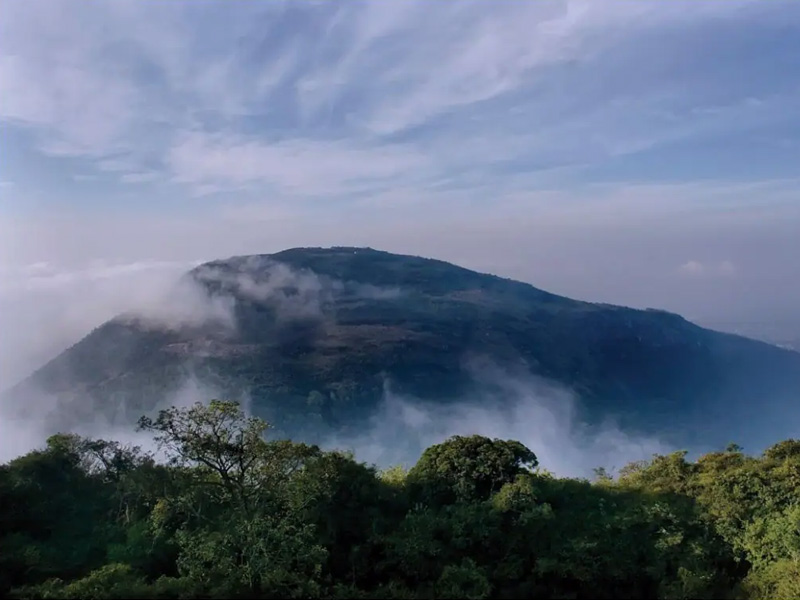 The next important thing that we always look for while planning a trip is the best time to visit that location. And Nandi Hills are best here again as it can be visited anytime as the weather remains pleasant throughout the year. However, if you want to be particular for the best time, you can plan your trip to Nandi Hills between October and May. In the year’s remaining months, the destination receives moderate rainfall, which keeps the hill drenched. But you can visit here anytime because the weather remains pleasant. All you need to do is just pick a date, pack your bags and visit Nandi Hills, a paradise on the earth.

Also Read, Bhedaghat: A Showcase of Artistry of Nature

PLACES TO VISIT IN NANDI HILLS 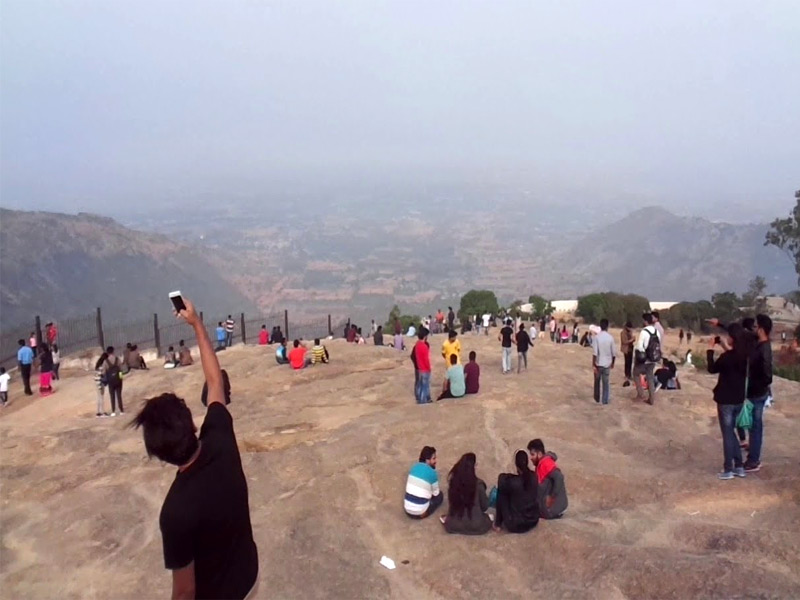 Nobody can miss this amazing place while being in Nandi Hills. This super amazing destination is located at the hilltop on a cliff. It is located 600 meters above the elevated ground. It is one of the oldest and one of the most famous tourist attractions in Nandi. The place is known for being the cliff from where the prisoners were pushed off, and the place offers a spellbinding view of the whole town. The place serves as one of the best points that offer such a splendid view.

There is a great craze among the people visiting Nandi Hills. Also referred to as Tashk-e-Jannat, the summer residence of Tipu Sultan is a place to behold. The residence is mainly made up of wood and boasts carved arches and pillars and gorgeously painted walls and ceilings. The place is a must-visit in Nandi Hills, or else you will regret it. 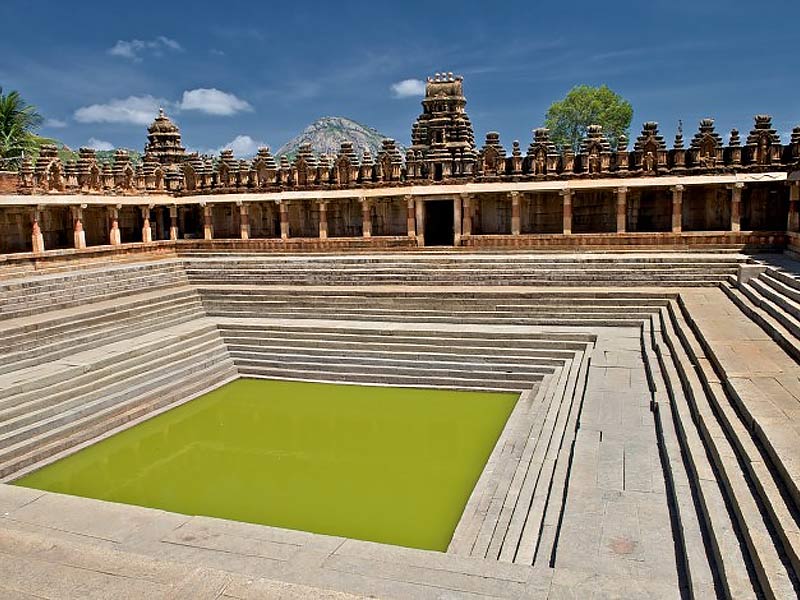 Another amazing place to pay a visit to in Nandi Hills is Amrita Sarovar. Amrita Sarovar is a major source of water supply in the whole region of Nandi. These perennial springs had formed the Lake of Nectar that is a sight to behold, and this stunning spectacle cannot be missed at any cost while you are on your trip to Nandi Hills. If possible, visit the place when moons and stars light up after the sun gets down. 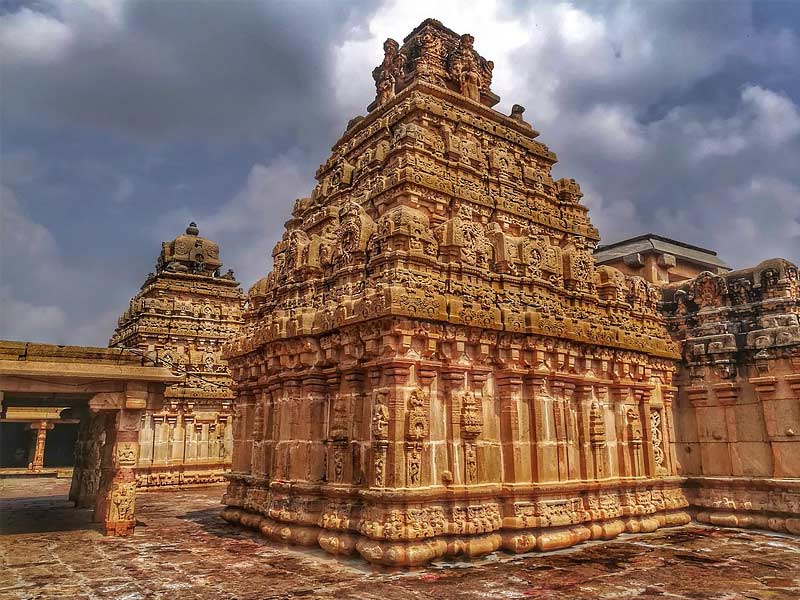 Another amazing place to witness in Nandi Hills is Brahmashram. The ashram reflects some amazing positive and peaceful vibes. The ashram is believed to have been used by then Sage Ramakrishna Paramhansa for the meditations. The ashram is now a popular tourist spot, and if you are a peace seeker, this place will serve you the best. The place will calm the mind and rejuvenate the soul for sure. 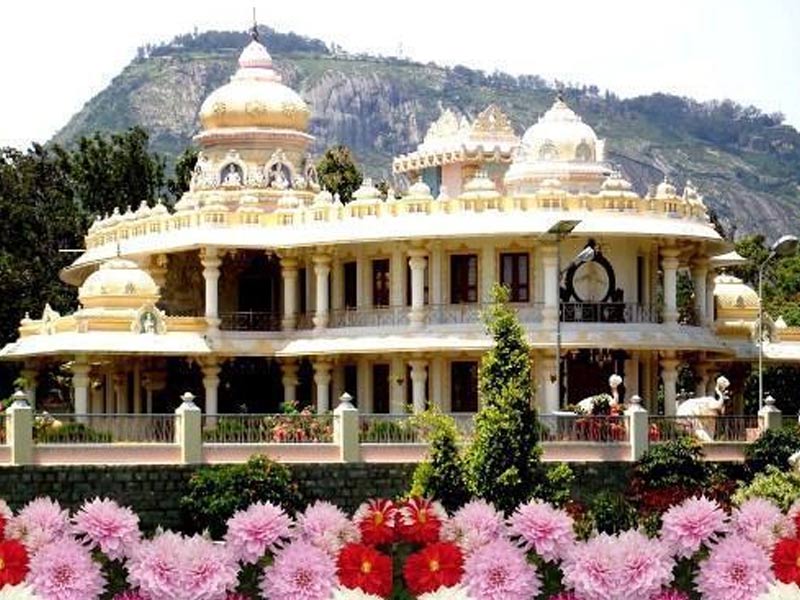 Muddenahalli is a tiny village in Karnataka, located just 7 kilometers away from the Chikballapur district. The village is house to the memorial of M. Visvesvarayya, one of the famous artists of Mysore. Moreover, the village has a whole museum with a wide collection of photographs, paintings, and writings of M. Visvesvarayya. Even the ancestral home of M. Visvesvarayya is just next to the museum. Besides this, there are many temples located in the village that are also great to visit.

So, are you now convinced enough to plan a trip to this amazing destination, Nandi Hills, a paradise to escape from the maddening chaos?

Explore the Serenity of Munroe Islands…

Exploring the Breathtaking Himalayas in Sandakphu

Puglia: A Perfect Solution To Serve The Cravings Of An Italophile