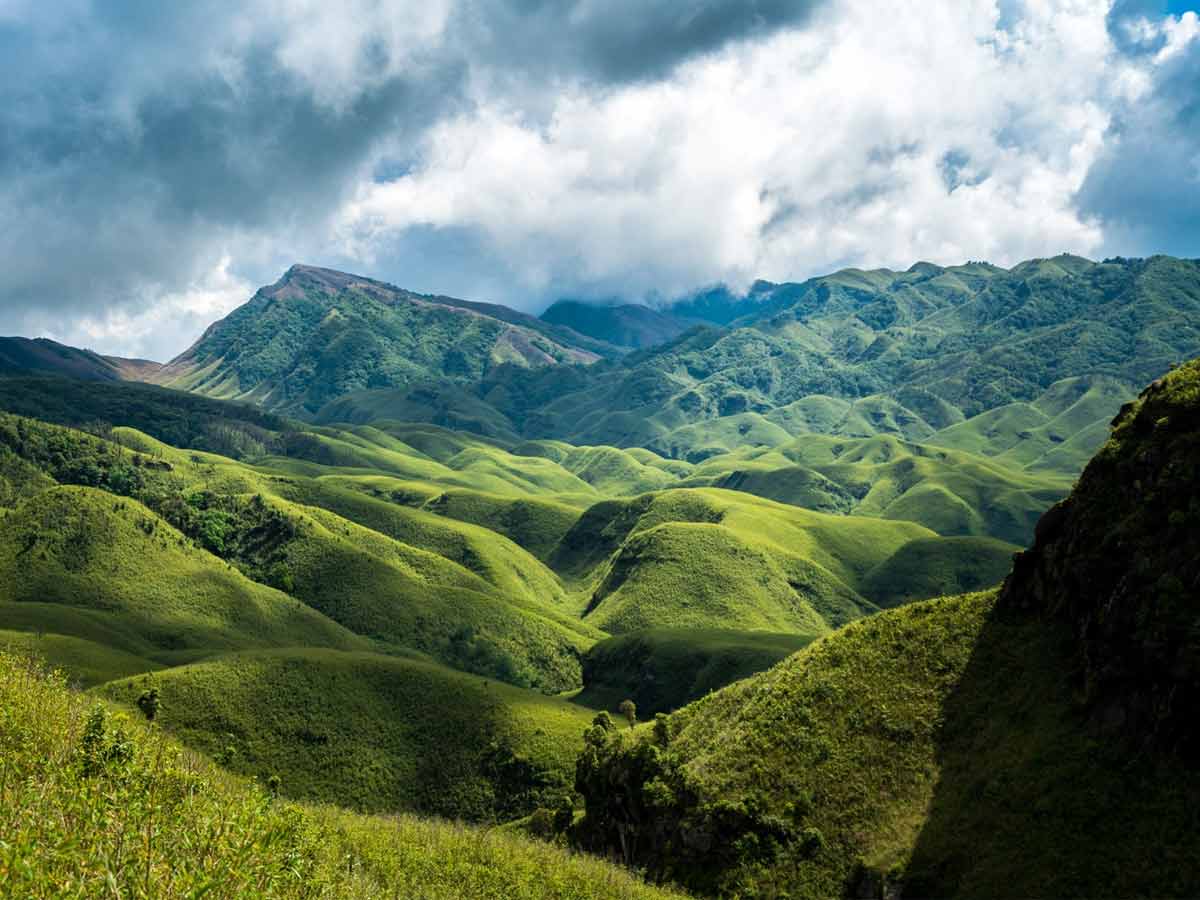 The Dzüko Valley is a valley in northeast India that lies between the states of Nagaland and Manipur. The natural surroundings, seasonal flowers, and flora and animals of this valley are well known. It is at a height of 2452 metres above sea level. The valley is known for its diverse array of flowers in all seasons, but the most famous is the Dzüko Lily, which can only be found in this Dzukou Valley.

The word Dzüko comes from the Viswema dialect of the Angamis, where ‘Dzüko’ loosely translates to ‘Soulless and Dull,’ referring to when some Viswema ancestors who moved out to establish a new village in Dzüko were unable to harvest crops due to unfavourable weather conditions, prompting them to say “the valley is very beautiful but is dull and soulless.”

The valley is bordered by an old-growth forest and is home to various rare and endangered species of flora and animals, including the Dzüko Lily (Lilium mackliniae) and Nagaland’s state bird, the Blyth’s tragopan. Several rhododendron species, plants like aconita nagaram, and fauna like the Asian golden cat, the Hollock Gibbon, the Dzuko Valley horned toad (Megophrys dzukou), and several leopard species like the clouded leopard, the Asiatic black bear, the capped langur, the stump-tailed macaque, and the serow can all be found here.

The Dzukou Valley, often known as the Valley of Flowers, is one of the most popular tourist destinations in the North East. It is one of the most well-known adventure locations in Kohima, Nagaland, and is located at a height of 2450 metres. It is situated behind the Japfu range, which is another popular tourist site in the state.The valley’s beauty is best appreciated during the full bloom season, when white and pink lilies, aconitums, euphorbias, and hundreds of other botanical species in a variety of colours cover the valley.

How to reach Dzukou Valley

If you appreciate trailing through the forests, being caressed by the wind, taking hillside road journeys, and walking for a while, getting to Dzukou Valley is not a difficult chore. The classic view of the valley is well worth the effort, and you get to see the rainforest at its best, complete with flowing little waterfalls and crystal clear streams in between. Dimapur, the nearest railway station, is well connected to the North-eastern commercial hub of Guwahati. At a cost of Rs 220 to 250 per person, inter-city taxis are easily accessible from Dimapur Railway Station and will take you straight to Nagaland’s capital, Kohima.

Despite its remoteness, the Dzükou valley is one of northeast India’s most popular nature and hiking sites. The valley, however, attracts just a modest flow of visitors because Nagaland is already extremely eccentric compared to many other Indian states For the time being, the bulk of visitors to the valley appear to be domestic Indian tourists, many of whom have travelled from far away.

The Zakhama trail is a popular hiking route in Zakhama.

Zakhama trail leads to the Dzukou valley rest house in a more direct manner than the Viswema trail. The catch is that it takes 3 to 4 hours of continuous, severe uphill climbing. The Viswema route took us around 3 hours and 25 minutes to descend from the Dzukou access point, while it took us nearly 4 hours to ascend.

This track is better for returning from the valley since it is much simpler to descend than it is to ascend, and it will get you back to the main road much faster than the Viswema trail (unless you have a car waiting for you at trekker’s point on the Viswema route).

Hike to the summit of Japfu

A possible hiking path exists from the Dzükou valley to Japfu mountain, Nagaland’s second highest peak. However, the track is said to be highly overgrown with dense bamboo, so getting lost or missing the way is a distinct possibility. If you wish to trek up Japfu peak directly from the valley, you should definitely hire a guide.

The ghost cave, also known as “bhoot gufa,” is claimed to be located in the Dzukou valley and is only a 15-minute walk from the rest house.

The cave is said to be 1 kilometre long, so if you want to fully explore it, you’ll need a decent lantern or flashlight.

What are the best places to stay in the Dzükou Valley?

In the Dzükou valley, there are three primary options for where to stay: carry your own tent or hammock, sleep under a rock overhang down in the valley, or pay your way at the rest house.

If you want to get the most out of your vacation to Dzukou Valley, schedule it for three days. This will allow you to visit both the Zakhama and Visvema starting places. Climb to Dzukou Valley on Day 1 utilising any of the routes and rest in the bizarre surroundings from the Guest House. Day 2 is for touring the area, and Day 3 is for climbing down from the valley.