Home Life Health Sleep Apnea: A Disorder that You Must NOT Ignore 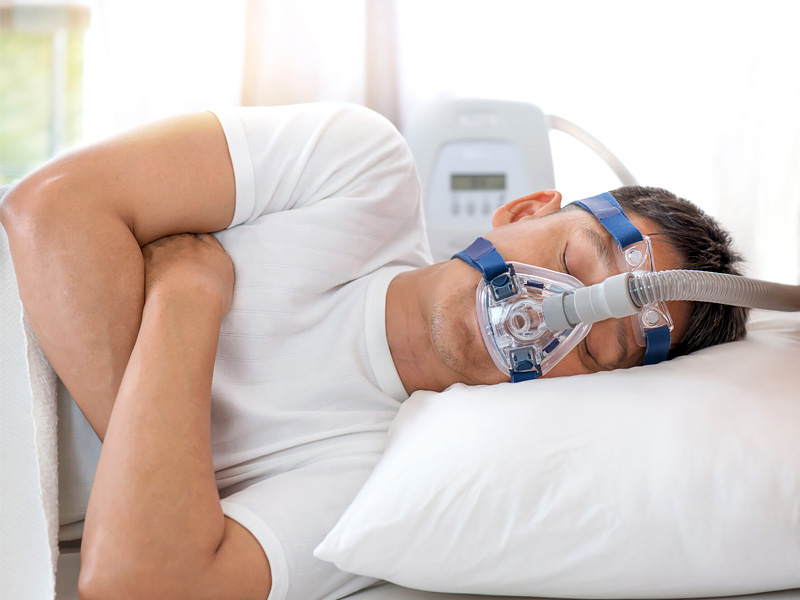 Sleep apnea is a sleeping disorder that, if left untreated, can lead to serious health issues such as high blood pressure and heart problems. Even with a full night’s sleep, sleep apnea causes breathing to stop repeatedly during sleep, resulting in loud snoring and daytime exhaustion. Sleep apnea can affect anyone, but it is most common in overweight older men.

What is obstructive sleep apnea (OSA)?

Sleep apnea is a serious sleep disorder in which a person’s breathing is disrupted while they are sleeping. Untreated sleep apnea causes people to stop breathing repeatedly during the night, sometimes hundreds of times.

Obstructive and central sleep apnea are the two types of sleep apnea.

As the pressure rises during an apneic episode, the diaphragm and chest muscles work harder to open the airway. Breathing usually resumes after a loud gasp or a body jerk. These episodes can cause irregular heart rhythms, disrupt sleep, and reduce the flow of oxygen to vital organs.

The airway is not blocked in central sleep apnea, but the brain fails to signal the muscles to breathe due to instability in the respiratory control center. Central apnea is linked to the function of the central nervous system.

Who is affected by sleep apnea?

Approximately 25% of men and nearly 10% of women suffer from sleep apnea. People of all ages, including infants and children, as well as those over 50 and those who are overweight, are affected by sleep apnea.

Obstructive sleep apnea patients have a number of physical and clinical characteristics in common. Excess weight, a large neck, and structural abnormalities that narrow the upper airway, such as nasal obstruction, a low-hanging soft palate, enlarged tonsils, or a small jaw with an overbite, are all examples.

What happens if you don’t take a breath?

These are the immediate changes that occur when you stop breathing. If you have apnea on a regular basis, however, your body begins to suffer from chronic effects. Data suggests that stopping breathing 30 times or more per hour increases your risk of dying. Even at lower frequency rates, however, there is likely to be a risk.

For example, as your workload increases, your blood pressure rises, your heart walls thicken, and the structure of your heart changes. Because there are more fibrous cells growing in between the muscle cells, it becomes stiffer and less flexible.

All of these factors raise your chances of developing atrial or ventricular arrhythmias. They also cause the heart’s function to deteriorate, making it less efficient at pumping blood.

Obstructive sleep apnea occurs when the soft tissue in the back of the throat collapses during sleep, blocking the airway. Patients with central sleep apnea, such as those who have had a stroke or who have neuromuscular diseases like amyotrophic lateral sclerosis (ALS, also known as Lou Gehrig’s disease), are more likely to have central sleep apnea.

It’s also common in people who have heart failure or other heart, kidney, or lung problems.

What are the signs and symptoms of obstructive sleep apnea?

The bed partner, rather than the patient, is often the first to notice the signs of OSA. Many of those who are affected have no sleep issues. The following are the most common signs and symptoms of OSA:

Children’s symptoms may not be as obvious and include:

For most people with obstructive sleep apnea, positive airway pressure (PAP) therapy is the preferred first treatment. Patients who are on PAP therapy wear a mask over their nose and/or mouth. Air is gently forced through the nose and/or mouth by an air blower.

The air pressure is set just high enough to keep the upper airway tissues from collapsing while sleeping. PAP therapy prevents airway closure while in use, but when it is stopped or used incorrectly, apnea episodes return. Positive airway pressure devices come in a variety of styles and types, depending on the needs of the patient.