Home Arts & Entertainment The amazing Desserts from the land of Deserts, Arabic Desserts 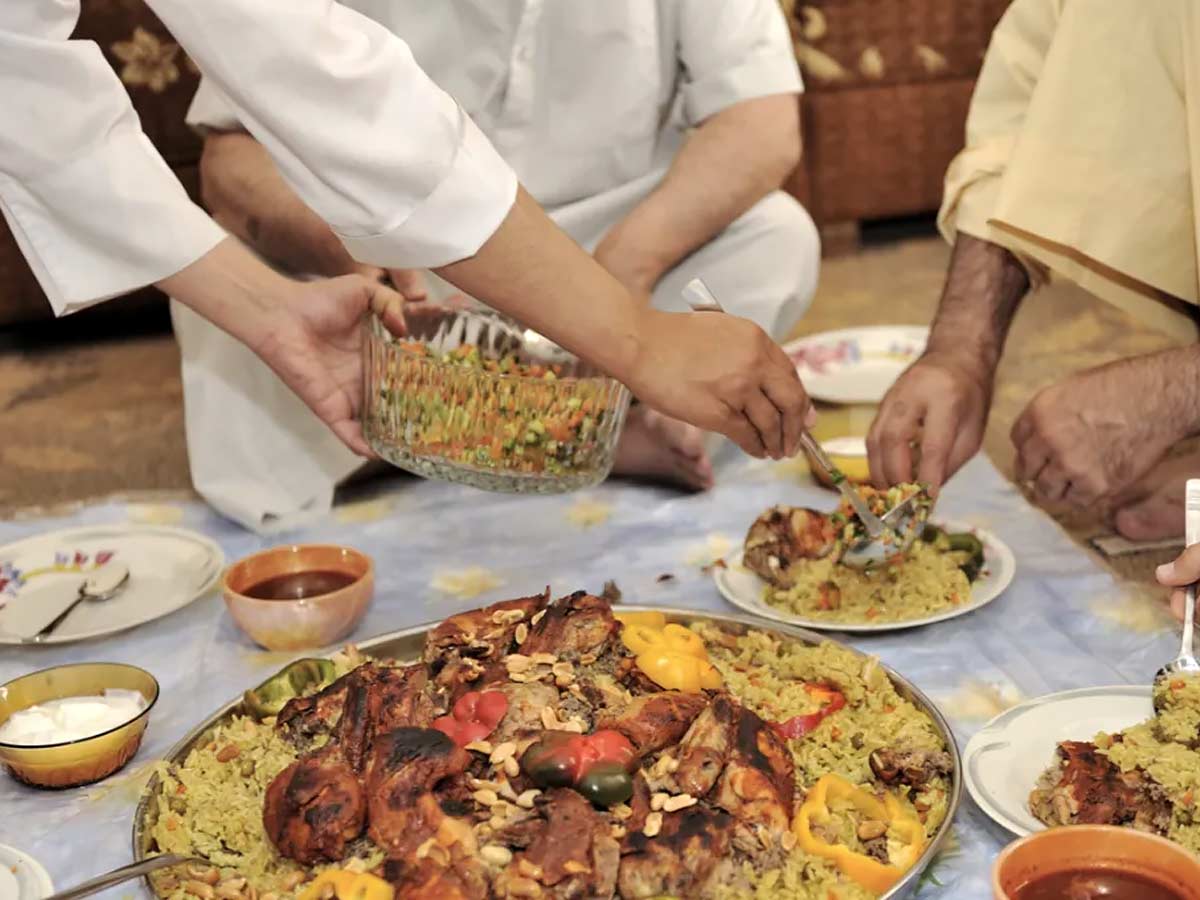 The Arab world is one of the most essential parts of the Islamic world, and the culture here is entirely different from the rest of the world. There’s also an economic and political union of the Arab world countries called the Arab League. As of 2021, there are 22 member nations in the Arab League.

Countries forming up the Arab League include Algeria, Bahrain, Comoros, Djibouti, Egypt, Iraq, Jordan, Kuwait, Lebanon, Libya, Mauritania, Morocco, Oman, Palestine, Qatar, Saudi Arabia, Somalia, Sudan, Syria, Tunisia, the United Arab Emirates, and Yemen. Some of these countries are in the middle east, while some others are in Africa.

Apart from the ancient architectures, desert safaris, skyscrapers, and music, the Arab world is also famous for mouth-watering dishes. For a part of the world that houses nearly 32% of the global population and is often under the radar for being a male-dominated society, food is one of the few things that keeps the Arab world closer to the rest of the world.

This is a part of the world where the majority of the population follows the Islam religion. Sweet dishes and desserts are an integral part of Arab cuisine. One can not get the complete test of the Arab world without tasting the popular desserts here. We have prepared a list of 7 such Arabic desserts that everyone should try at least once. Luqaimat is also known as Logma. Luqaimat is very similar to the sweet Gulab Jamun that we find in India. These are crunchy in texture and sweet in taste. Luqaimats are prepared using all-purpose flour, yeast, cardamom, and saffron. A batter is prepared using all these ingredients, and small balls are made that are later deep-fried until they turn golden. It is served with date syrup that gives it a sweeter taste. Luqaimat is mainly prepared during the month of Ramadan. 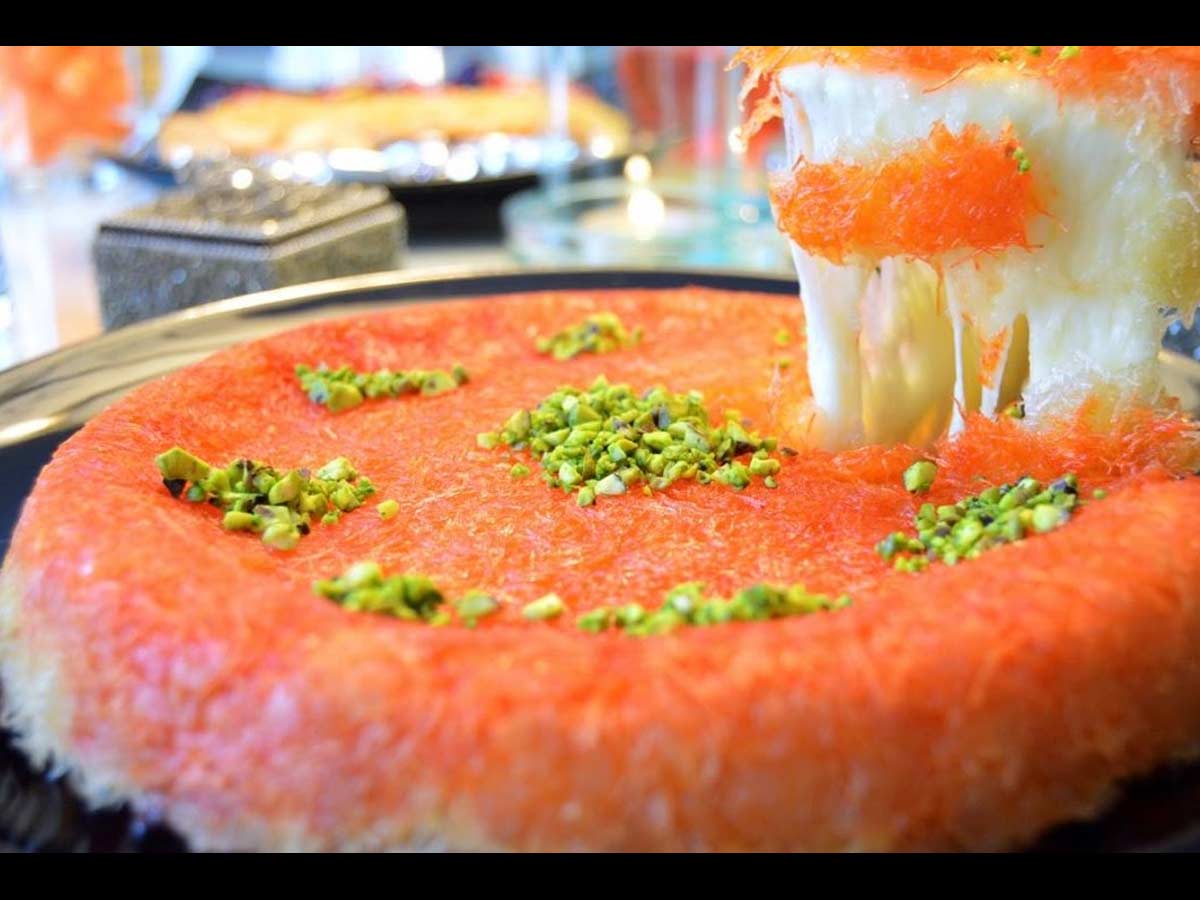 Kunafa is a sweet dish that is served in both Arabic as well as Turkish cuisine. It is mainly an Arabic sweet dish that is locally known as Knafeh. It is a kind of pastry whose base is prepared using the stuffings of cheese, cream, fruits, and chocolate. The pastry is then soaked in sugar syrup to give it a sweet taste. The dish is also considered “the queen of Arabic desserts.” You can find this dish in almost every middle-eastern country. 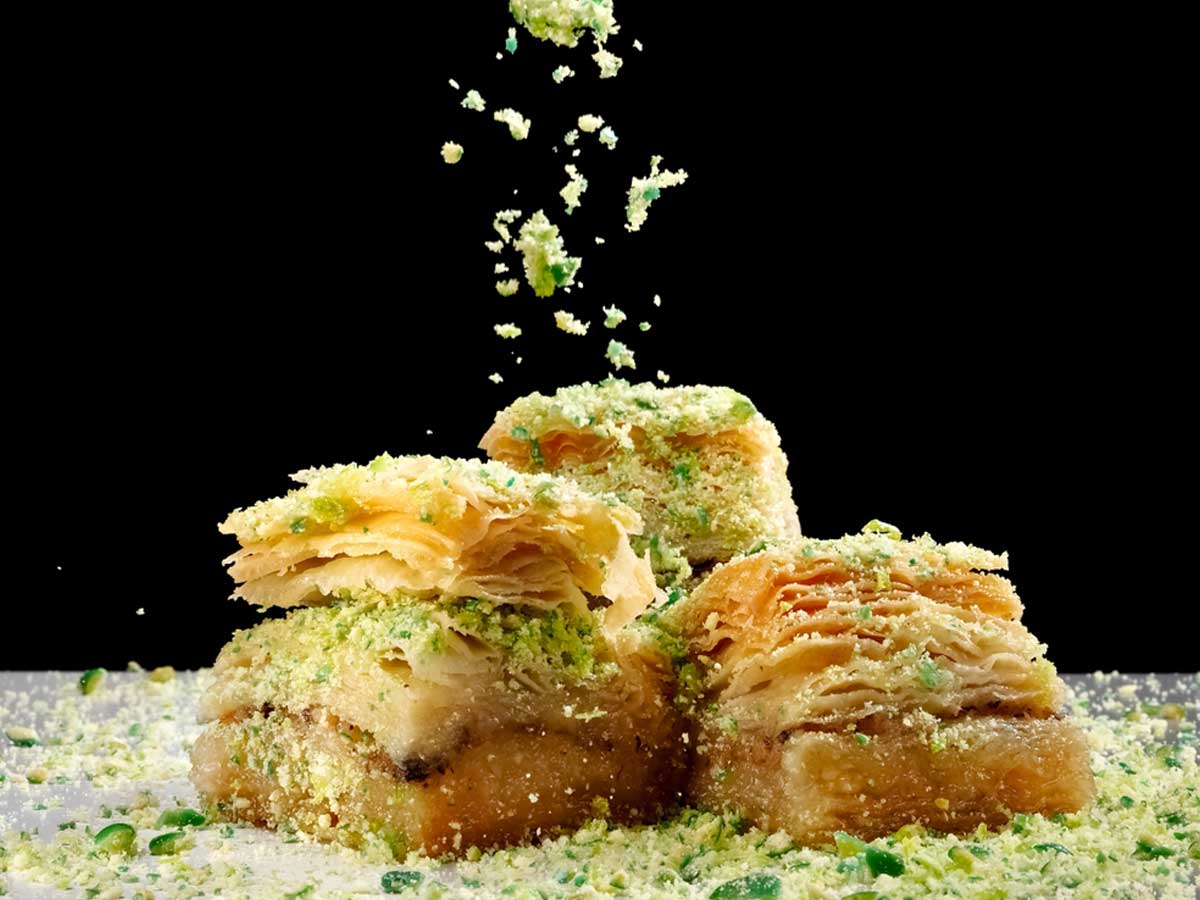 Baklava is a popular middle eastern pastry whose origin can be traced back to the Ottoman empire. The key ingredients in the pastry include filo dough, pistachios, and honey. Like most Arabic desserts, natural sweetening agents are used to give Baklava a unique taste. Baklava is crunchy from the outside and soft from the inside. It is one of the few things you must take with yourself while returning from the middle east.

Also Read, 8 Mouth-Watering Sweets To Try When In India 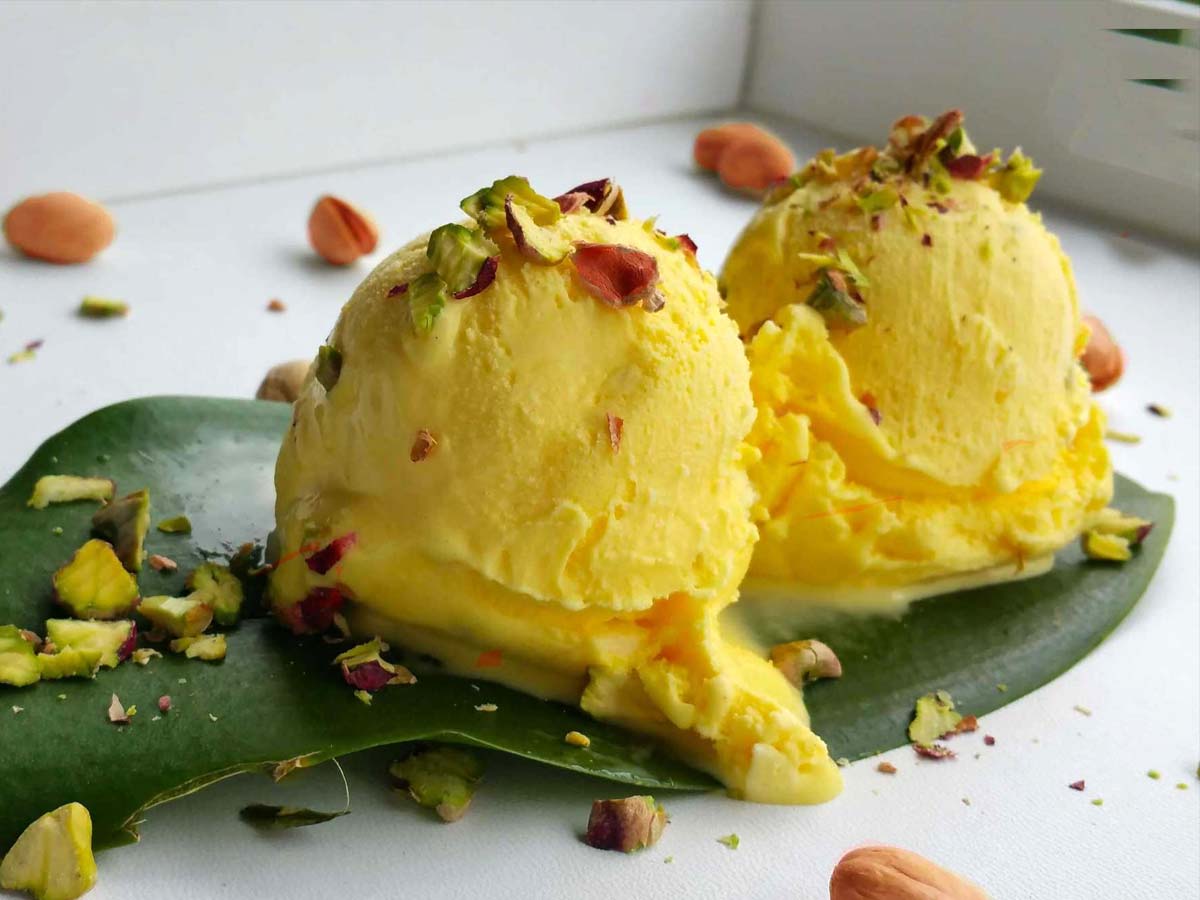 Bastani is sweet, and it is cold. It is actually an Iranian ice cream that originated from the middle east but has gained popularity worldwide due to its unique taste. The dish is prepared using milk, rose water, sugar, saffron, vanilla, and some other ingredients added to enhance the dish’s flavor. It is much more than your traditional ice cream. You can easily find the dish while traveling to Iran. 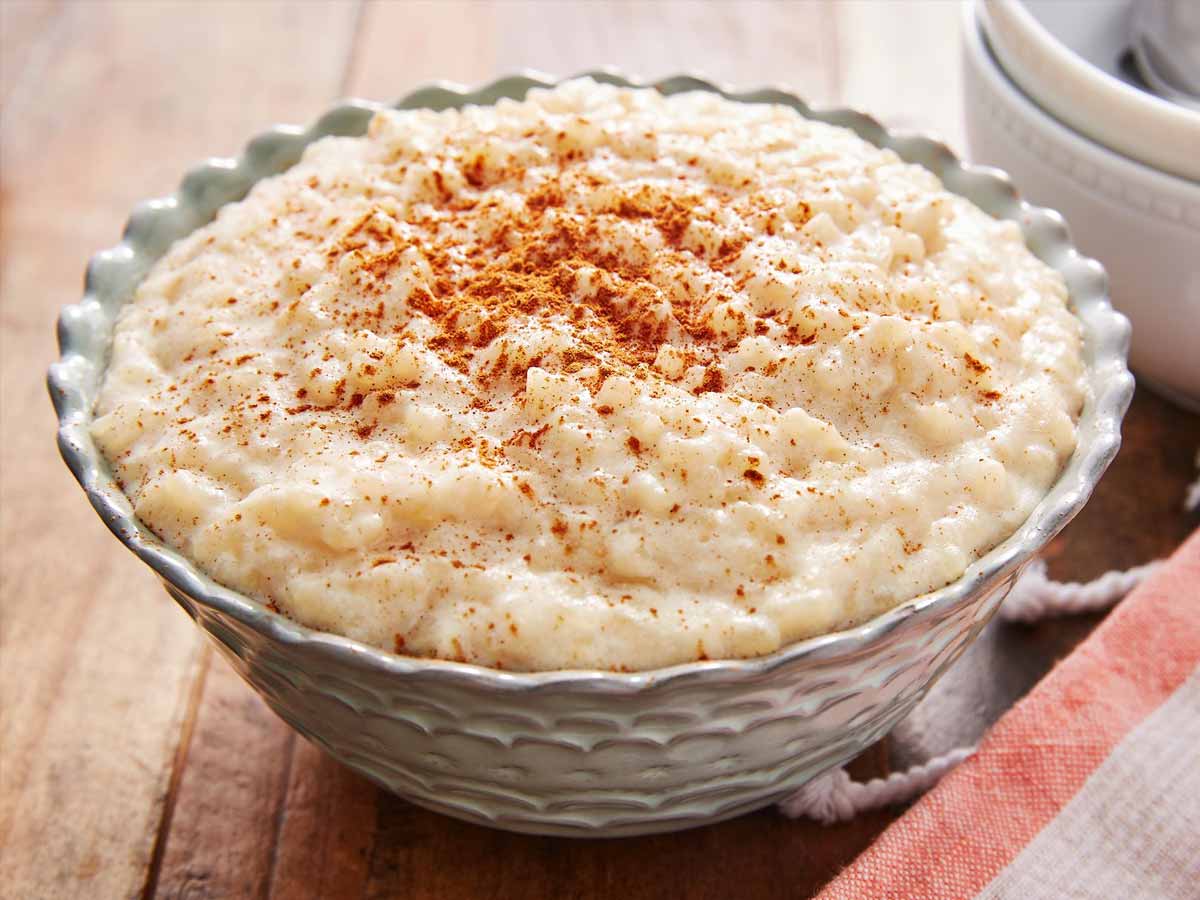 Rice pudding is one of the most popular and common sweet dishes available in almost every part of the world. However, the difference lies in the way the dish is prepared. Also known as Roz Bel Laban, rice pudding is not just served for taste. In the middle east, the dish has been used as a medical remedy for a very long time. Milk, rice, cream, and sugar are the key ingredients of the dish. Nuts and dry fruits are also added to enhance the taste and flavor of the dish. The dish can be served either hot or cold. 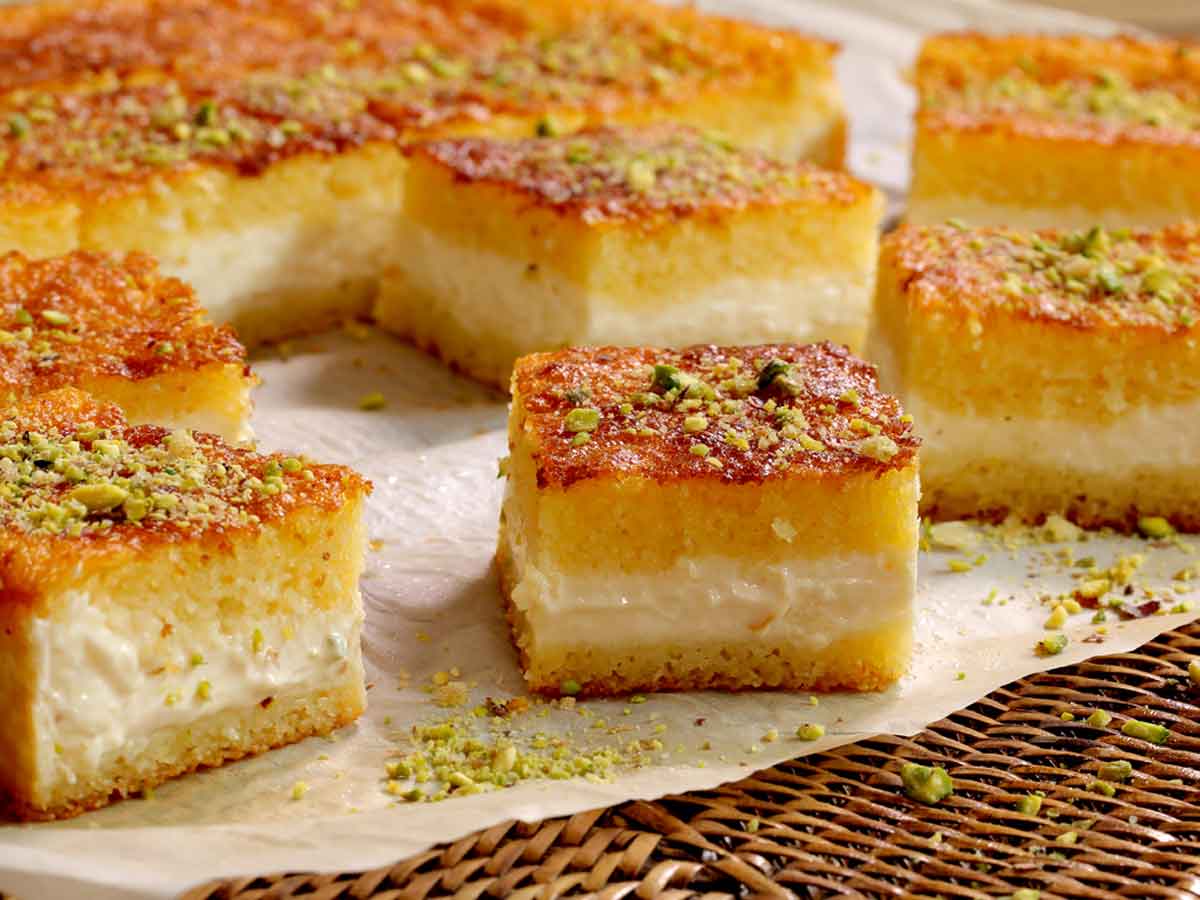 Basbousa is a traditional pastry that can be easily found in Egypt, Turkey, Lebanon, and UAE. The dish is cut into small square chunks and is mainly prepared using semolina batter. After cooking in a pan, the dish is sweetened using orange flower water, rose water, or simple syrup. It is often topped with coconut or saffron for an enhanced flavor. It is served with Baklava at weddings or other functions. Basbousa is also known as Hereessa in different parts of Egypt. 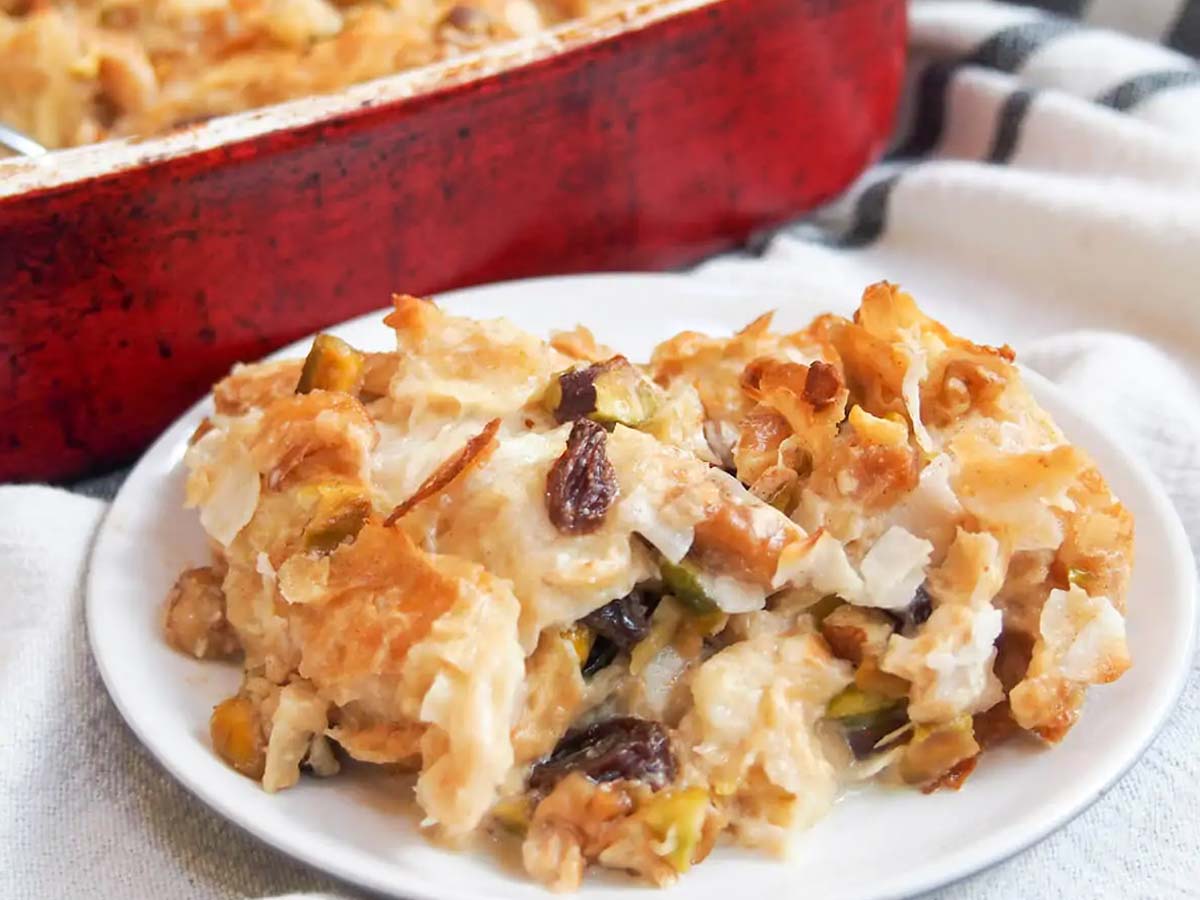 Umm Ali is an Egyptian delicacy that has been there for ages. The dish also has a connection with Arab history. Umm Ali was the mother of Ali and the rival of his wife. The key ingredient in the dish is milk. Mainly served in a bowl, the dish consists of pastry, milk, cream, and nuts. It is the national dessert of Egypt and available in several forms. It is often served with a scoop of local ice cream and can be found in any food show across Egypt.