Home Life Travel Enlighten yourself in the Tranquility of Varanasi 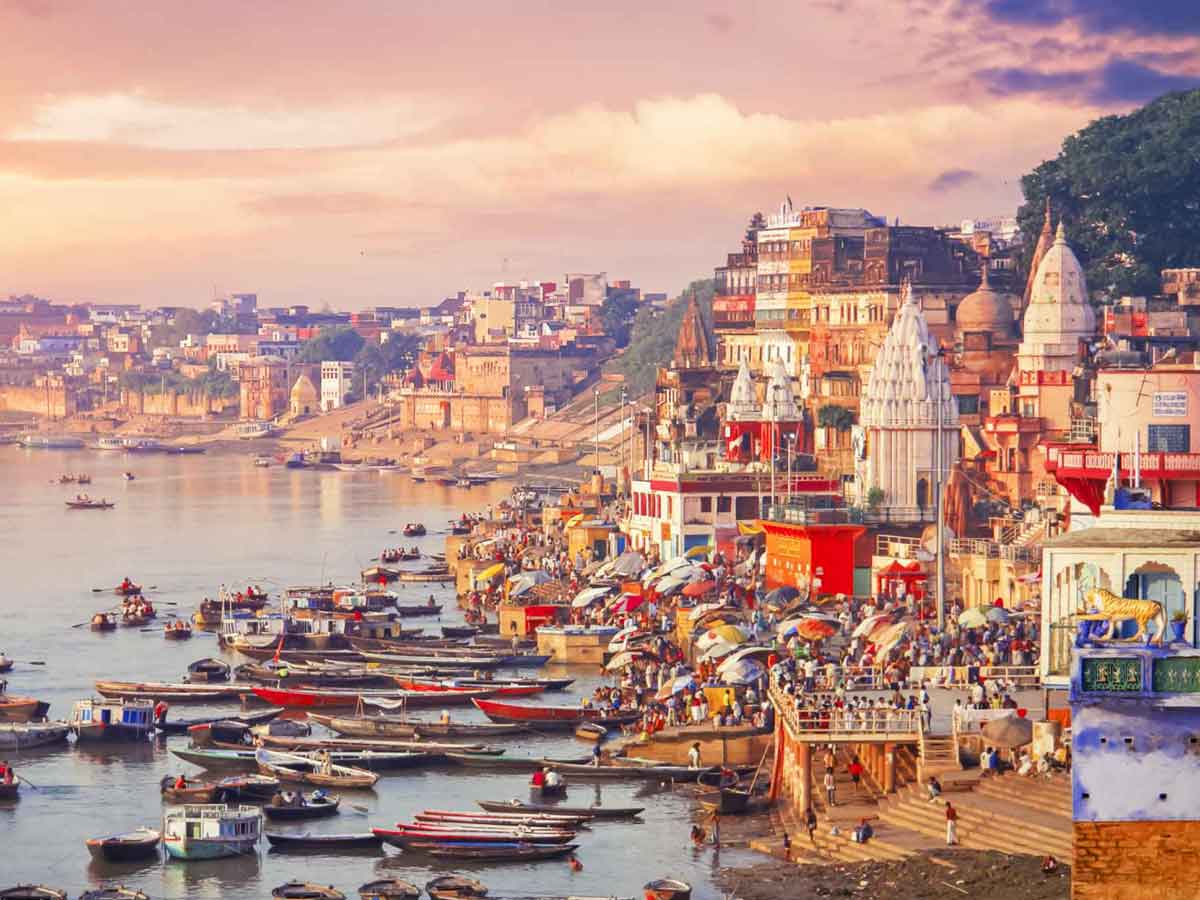 Varanasi, or Kashi, is said to be the oldest continuously inhabited city on the planet. Varanasi, one of the most sacred places for Hindus, is a cultural and religious hub. The ancient city has been inhabited for thousands of years. According to the Hindu beliefs, Varanasi is where Hindus can break free from the cycle of rebirth to meet with the divine. Locals like to call it Banaras, the city of Kashi Vishwanath. Varanasi is a place that takes you closer to the roots. From the mesmerizing Ghats of the Holy Ganges, one can look beyond the real world to find their inner self.

Hindus come to Varanasi from worldwide to take a holy dip in the Ganga and offer prayers to Lord Shiva. Varanasi is not just cultural heaven but a paradise for travelers. The city has a lot of flavors. From its narrow streets to roadside food stalls, everything about Varanasi is magical.

Dasaswamedh Ghat is one of the most important places in Varanasi. A grand Ganga Arti is performed by Hindu priests every evening at 7 pm at the Ghat. Thousands of people, including international tourists, gather at the Ghat to witness the aarti and other spiritual ceremonies. Dotted with hundreds of temples dedicated to different gods and goddesses, Dasaswamedh Ghat is a must-visit place in the holy city.

Assi Ghat is the synonym of divinity. Located in the southernmost part of the city, Assi Ghat is guarded by Lord Shiva himself. Thousands of pilgrims visit the Ghat to seek blessings from Lord Shiva and witness the grand aarti. The best place to visit Assi Ghat is during the sunrise. You can listen to live music while exploring the Ghat. While the Assi Ghat is smaller in comparison to Dasaswamedh Ghat, its importance is not any lesser.

Varanasi’s other name is Kashi. Kashi is the home to Shri Kashi Vishwanath Temple. This sacred tourist attraction is among the most important temples for Hindus. The temple is located near the Manikarnika Ghat. The temple is plated in nearly 800 kg of pure gold. Pilgrims are not allowed to carry their cameras, mobile phones, and bags inside the temple. The temple is one of the places in Varanasi where you can’t beat the crowd, no matter which part of the day it is.

Manikarnika Ghat means the end of the material world. The Ghat is used for the cremation of Hindus who see it as a gateway to Moksha. Funeral pyres keep burning at the Manikarnika Ghat round the clock. At least 100 burials take place every single day. Visiting the Ghat makes you understand that every material thing will be ash some day or other. If you are comfortable seeing cremations from a close distance, you can opt for a boat ride to cover various ghats.

Like any other ancient Indian city, Varanasi has some architectural marvels, and Ramnagar Fort is one of them. Located nearly 14 km from the main city, it is an 18th-century sandstone sport with great historical significance. The Fort has been converted into a museum that puts vintage cars, antique weapons, traditional utensils, royal age jewels, and a 150-year-old astronomical clock on display. The Fort is located on the banks of River Ganga and offers a great view of the surrounding area.

A visit to Varanasi can’t be complete without exploring the narrow streets of Varanasi. Vishwanath Gali is a very popular shopping street in Varanasi. You can do some shopping and treat yourself to some mouth-watering local food. You can find many things at an affordable rate, including traditional apparel, paintings, artifacts, brass idols, etc. Do not forget to try local snacks and the very famous Kulhad Lassi.