Home Arts & Entertainment Food Did you know how tea come into existence? 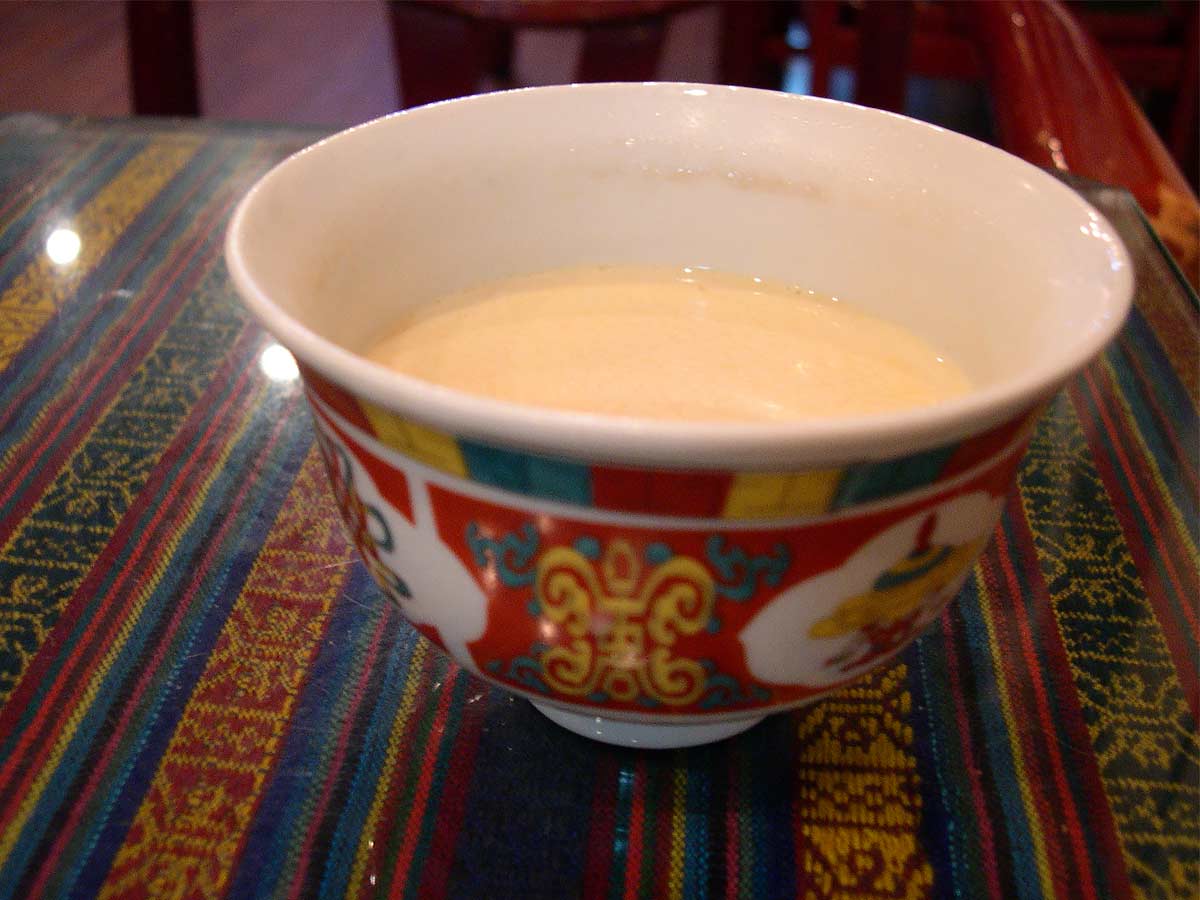 Tea’s origins can be traced back nearly 5,000 years to ancient China. Emperor Shen Nung, according to legend, discovered tea when leaves from a wild tree blew into his pot of boiling water in 2732 B.C. The fun aroma of the resulting brew piqued his curiosity, and he took a sip. According to legend, the Emperor felt warm. He drank the intriguing drink as if the liquid was exploring every part of his body.

The brew was given the name “ch’a” by Shen Nung, a Chinese character that means “to search or investigate.” A Han Dynasty Emperor decreed in 200 B.C. that a special written character depicting wooden branches, grass, and a man between the two must be used when referring to tea. 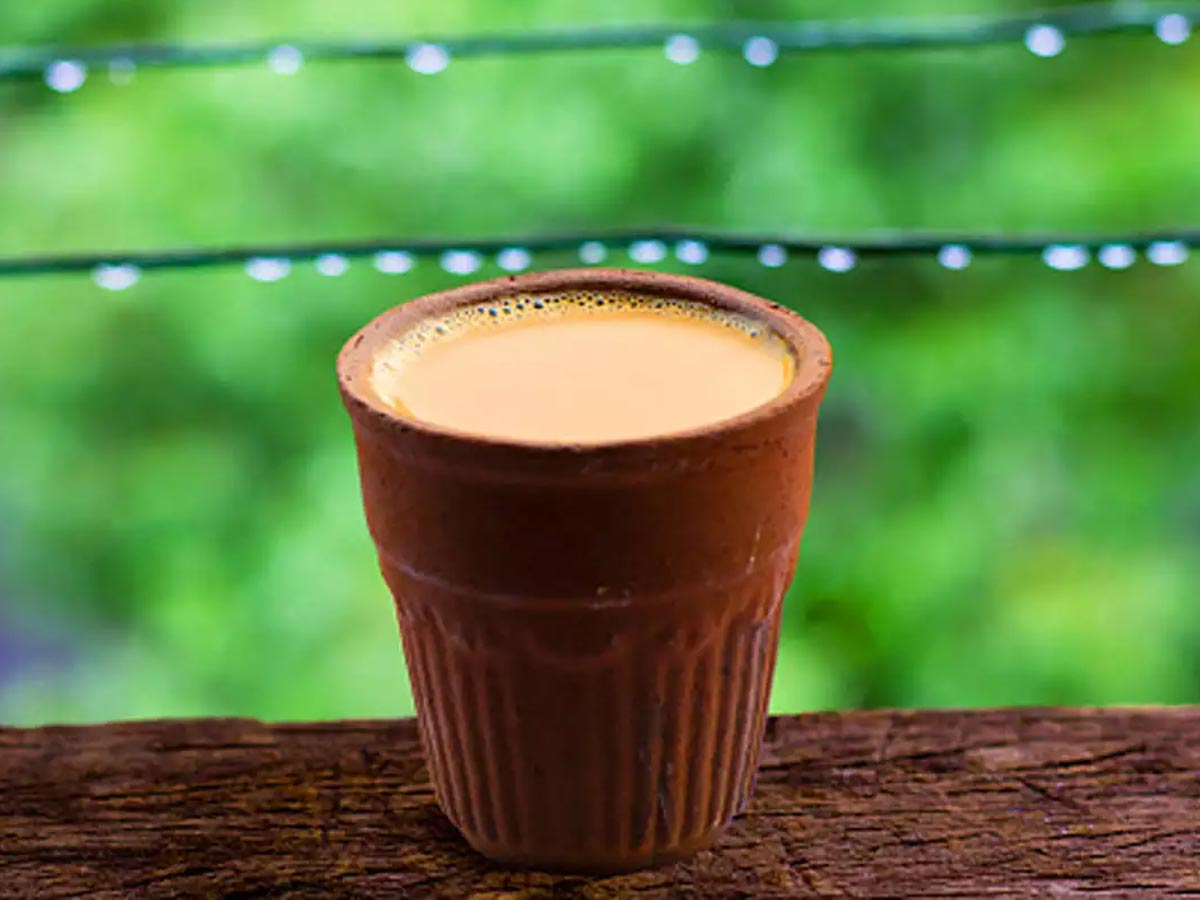 For the Chinese culture, this written character also pronounced “ch’a,” symbolizing how tea brought humanity into harmony with nature.

From the fourth to the eighth centuries, tea’s popularity grew rapidly in China. Tea became prized for daily enjoyment and refreshment, rather than only for its medicinal properties. Tea plantations rose in popularity across China, tea merchants became affluent and costly, elegant tea wares became a symbol of their owner’s wealth and status. 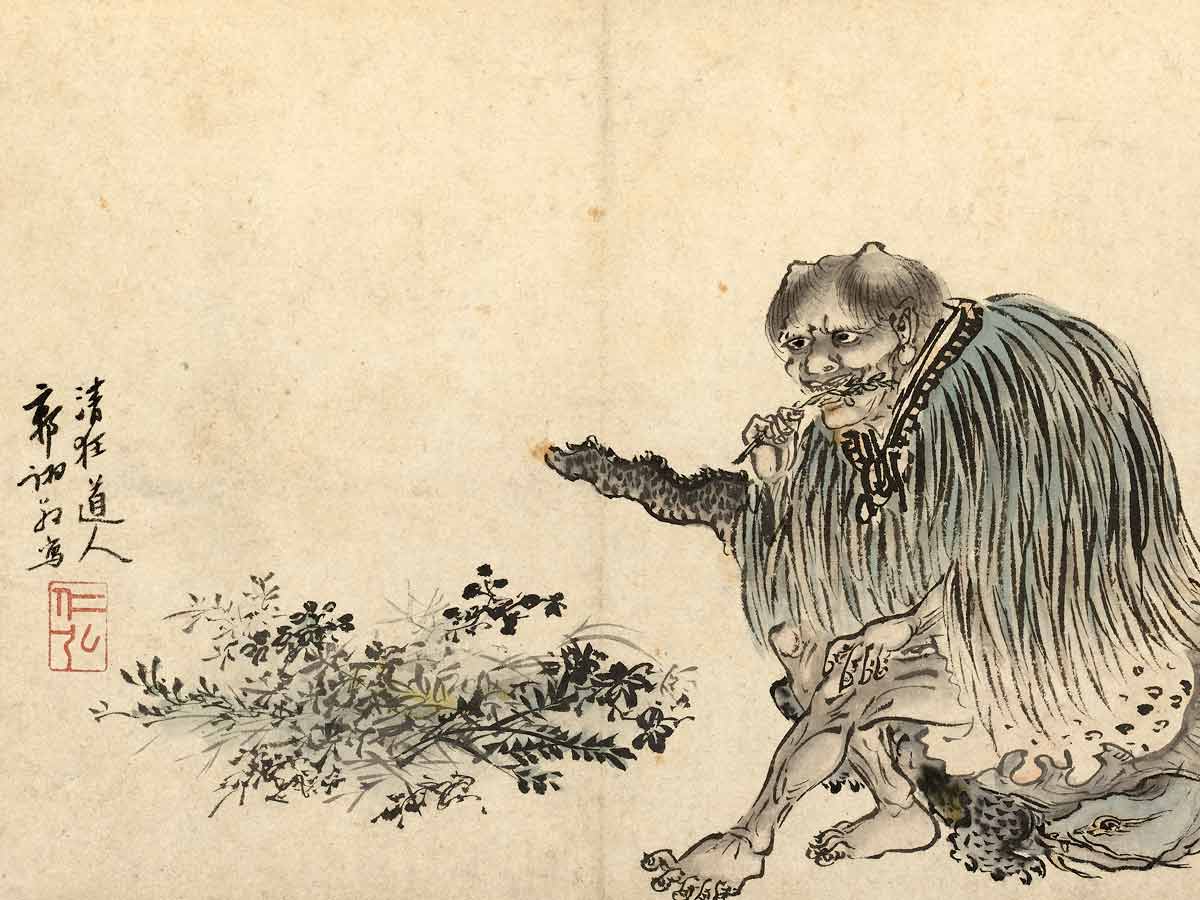 The preparation and cultivation of the crop were closely regulated by the Chinese empire. It was also mentioned that only young women could handle the tea leaves, presumably because of their purity. Since the odor on their hands could contaminate the precious tea leaves, these young female handlers could not eat garlic, onions, or strong spices.

Green tea was the only kind of tea available in China until the mid-seventeenth century. However, as international trade expanded, Chinese tea growers discovered that a special fermentation process could preserve the tea leaves.

The resulting Black tea retained its taste and fragrance for longer than the more delicate Green teas and was better prepared for export.

Tea has been a part of Chinese culture for thousands of years; it was common even before the Egyptians built the great pyramids. It was traded with Asian countries before Europe emerged from the Dark Ages. Tea is still important and common in China today. It has become a symbol of the country’s history, faith, and culture.

Today, students compete for a place at the Shanghai Tea Institute, which is highly selective and known as the best in the world. Just about 75 students have earned a Tea Art certificate, which requires them to play the traditional Guzheng stringed instrument, conduct a perfect tea-serving ceremony, speak a foreign language to entertain overseas visitors, and differentiate between about 1,000 different types of Chinese tea. There is also an entire amusement park devoted to Chinese tea drinking rituals called the Tenfu Tea Museum – China’s Disneyland. 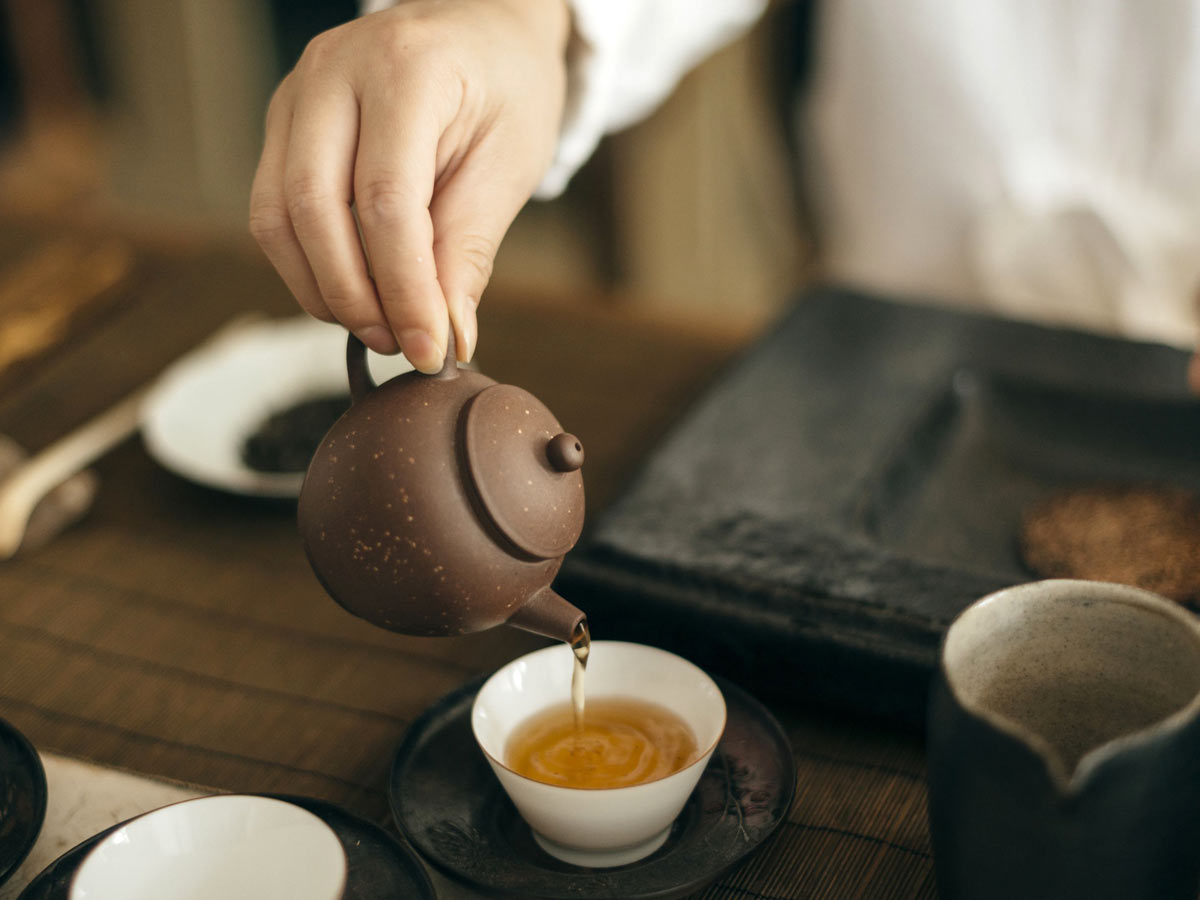 By the beginning of the ninth century, the Chinese had brought tea to Tibet. Tibet’s harsh climate and rocky terrain made it difficult to grow their herbs, so tea had to be brought in from China by yak caravan. The nearly one-year journey into Tibet by yak was fraught with dangers, including not only the spectacular terrain of some of the world’s highest mountains but also tea-seeking robbers and pirates. To meet the high demand for Tibetan tea, nearly 300 tea-laden yaks entered the country every day.

In Tibet and the surrounding areas, tea became so common that it was used as a currency type.

Compressed tea was a popular form of payment for almost everything, and it was often used to pay staff and servants.

Tibetan tea is traditionally made by boiling the leaves for about half an hour before straining the liquid through a horsehair strainer (sometimes made of plastic today) into a long wooden tub. Yak butter and salt are traditionally added to the tea and churned until emulsified. They help replace the fat and salt lost by those who reside in high altitudes such as the Himalayan Mountains. Tibetans in their younger generations sometimes consume a variant of Indian Chai.

Until 1678, when the British started commercially importing tea, the Dutch dominated the tea trade. The British Royal family chartered the East India Company and granted it a monopoly on all trade in Asia and Eastern Africa to gain complete control and benefit from trade. Tea was the East India Company’s primary product, which soon became the world’s most dominant monopoly. They were granted the authority to acquire land, mint currency, maintain armies and fortifications, punish lawbreakers, establish international alliances, and even declare war. 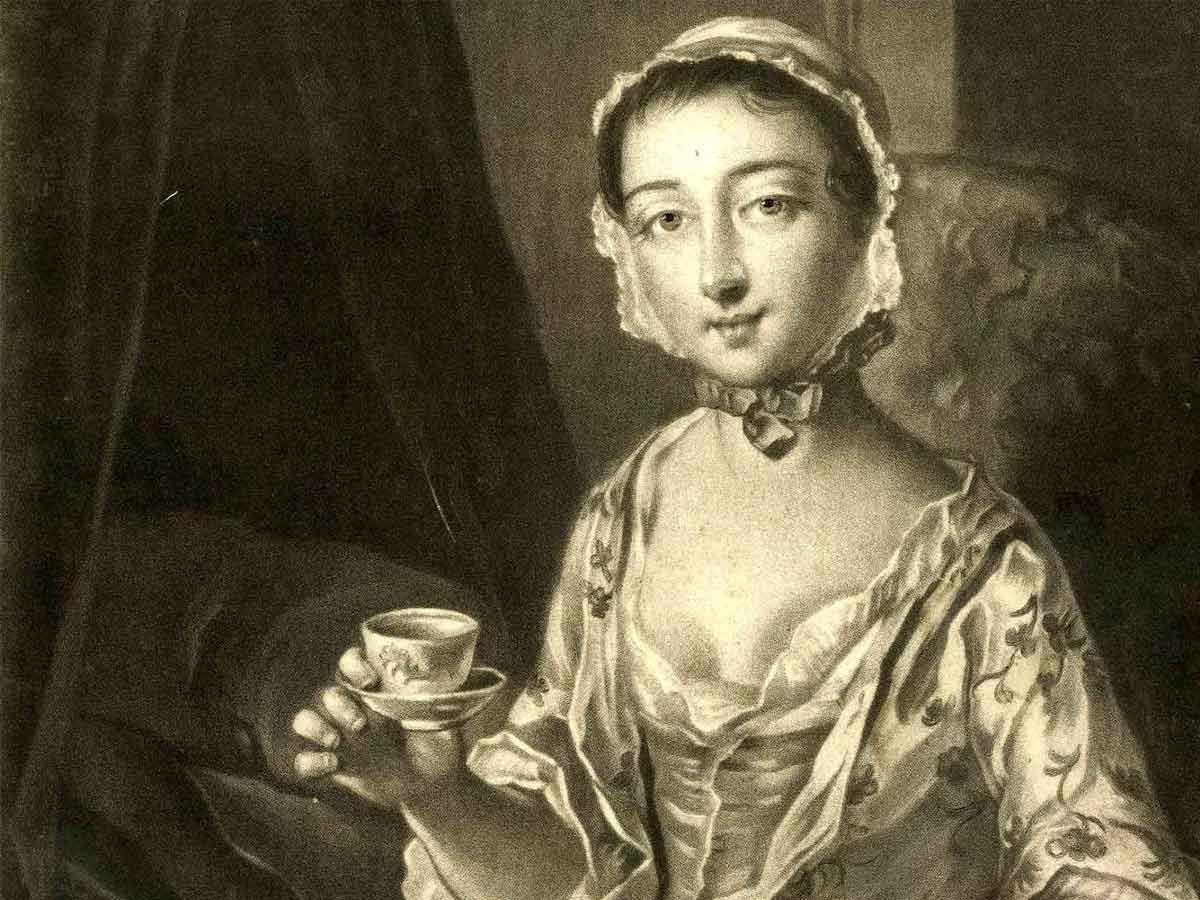 The East India Company governed until 1833, when the British Parliament declared the trading routes open to competition. However, decades of domination had several long-term consequences. All because of tea, the British East India Company changed the world by claiming Hong Kong, Singapore, and India as British colonies and triggering a global economy.

Britain’s exports couldn’t keep up with the demand for tea imports as tea consumption increased. Silver piqued the Chinese’s curiosity more than cotton, Britain’s biggest export. However, as obtaining enough silver to exchange for tea became more difficult, the British turned to opium cultivation in their vast Asian colony…India. The sly British exchanged opium for silver across the Indian frontier, then returned the silver to China in exchange for tea. The illicit opium scheme succeeded until 1839 when a Chinese official dumped 20,000 opium chests into a sea near Canton.

Britain declared war on China a year later, and China retaliated by putting a strict embargo on all tea exports.

Even before the Opium Wars, China was reluctant to trade with the West. China, thinking that its country was self-sufficient, began to isolate itself. Due to the difficulties in acquiring Chinese tea, Britain looked into other options, such as growing their own. 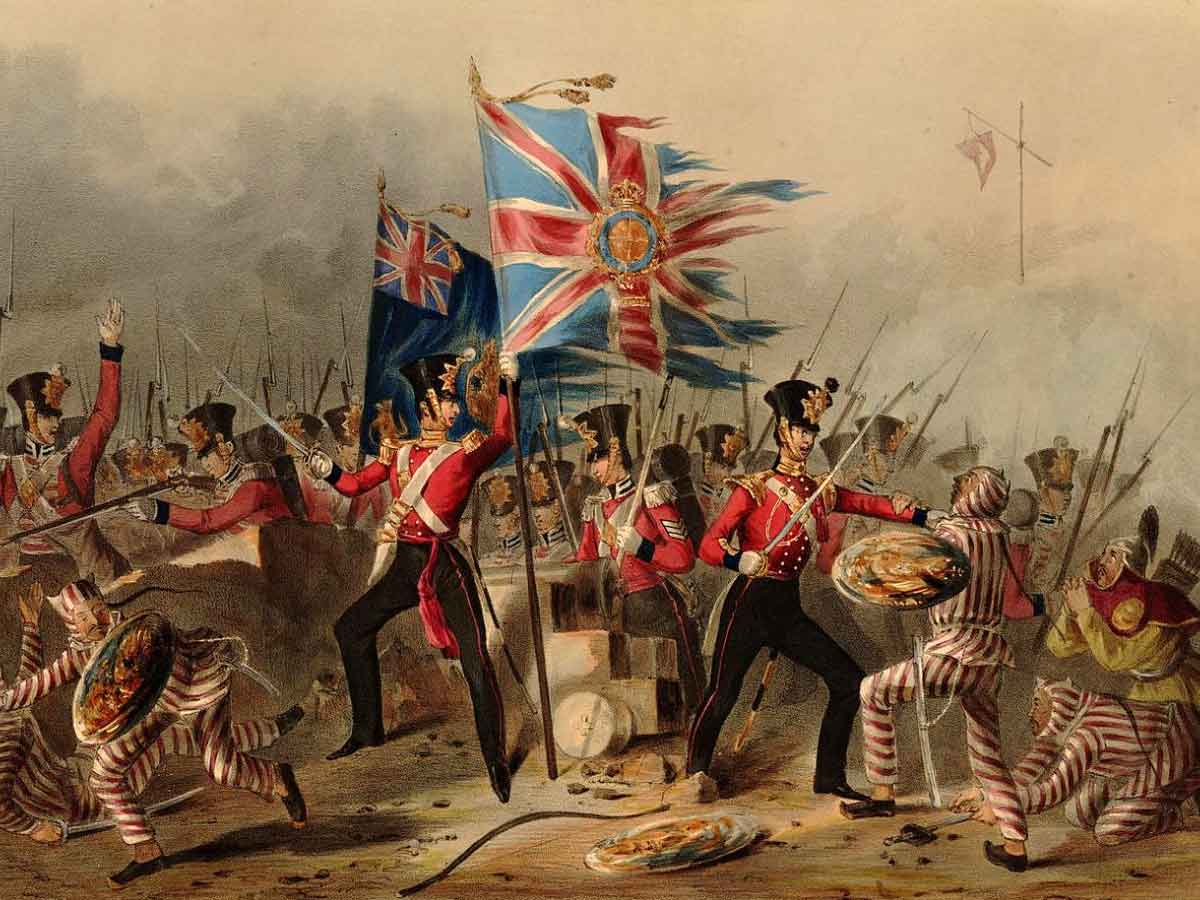 Today tea in India needs no introduction. There is not a single Indian who wouldn’t have sipped this historic drink. Still, they must not be knowing of the history this beverage carries. But now they do!