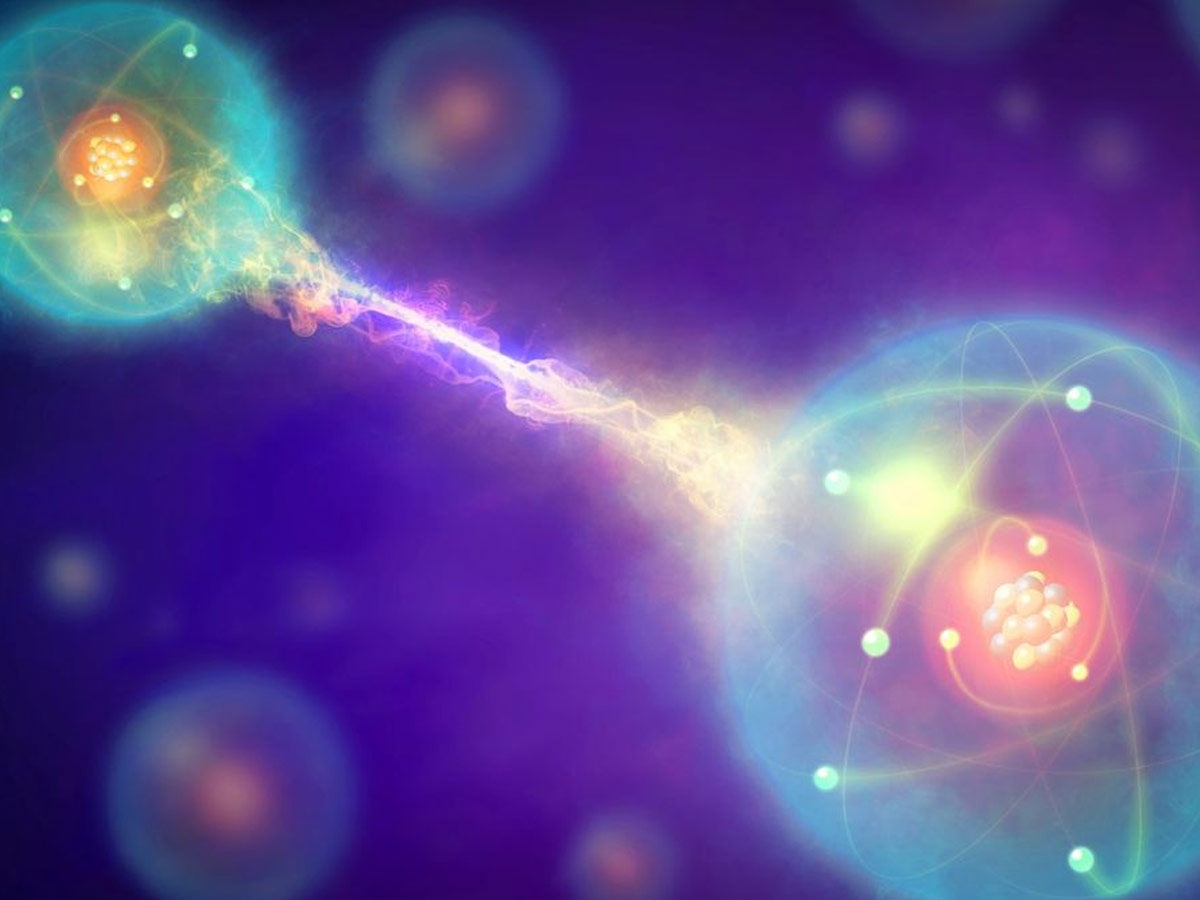 Quantum entanglement is central to quantum physics. It provides novel insights into the fundamental principles of our physical world while also serving as the foundation for novel communication protocols that enable efficient communication and computation beyond the capabilities of their classical counterparts.

What is Quantum Entanglement?

The entanglement between the particles in quantum physics basically portrays a relationship between their structural properties that can never occur by chance. This could refer to their momentum, position, or polarisation. Knowing something about one of these properties for one particle reveals information about the same property for the other.

Consider the following: a pair of gloves. If you discover a single right glove in your drawer, you can be certain that the missing glove will fit your left hand. These two gloves can be considered as entangled because knowing something about one would reveal something significant about the other too and that isn’t a coincidental feature. This concept isn’t all that unusual in the world of fashion. However, the concept presents a challenge to quantum mechanics.

When things get itty-bitty, or inside the quantum realm, one of the most bizarre phenomena seen is quantum entanglement. When two or more particles interact in a particular way, their states remain linked regardless of how far apart they are in space. That is, they have a unified quantum state in common. Regardless of their distance, observations of one of the particles can automatically provide the required information about the other entangled particles.

And any of the action taken against one of these particles will always have an effect on the other one in the entangled system.

In the early decades of the twentieth century, physicists worked out the mechanics of the quantum world and developed the fundamental ideas behind entanglement. They discovered that to properly describe subatomic systems; they needed to employ a concept known as a quantum state. Nothing is ever known for certain in the quantum world; for example, you never know where an electron in an atom is, only where it might be.

A quantum state is a mathematical representation of the likelihood of measuring a particle’s position or angular momentum. For example, the quantum state of an electron describes all the possible locations for it, as well as the probability of finding the electron in those locations.

Another way of looking at it is that a single mathematical “container” can describe all particles at the same time, regardless of their individual properties. Quantum entanglement would be named after this unified state.

According to the Stanford Encyclopedia of Philosophy, “if two particles are entangled, which means their quantum states are strongly correlated and become unified, then measurements of one of the particles automatically influence the other, no matter how far apart the particles are”.

Cryptography is one of the most common uses of quantum entanglement. As per the Caltech Magazine, in this scenario, a sender and a receiver establish a secure communication link cosisting of pairs of entangled particles. The entangled particles are used by the sender and receiver to generate private keys that are only known to them and can be used to encrypt messages.

If the signal is intercepted and the private keys are attempted to be read, the entanglement is broken because measuring an entangled particle changes its state. This means that both the sender and the recipient will be aware that their communications have been compromised.

Quantum computing is another application of entanglement, in which a numerous particles are entangled, aiding them to work together to solve large, complex problems. A quantum computer, for example, with only 10 qubits (quantum bits), can represent the same amount of memory as 210 traditional bits.

How to create Quantum Entanglement?

Particles can entangle in a variety of ways. One of the methods is to cool the particles and then place them close enough together so that their quantum states (representing position uncertainty) overlap that makes it impossible to distinguish one particle from the other. Another approach is to rely on a subatomic process, such as nuclear decay, which produces entangled particles on their own.