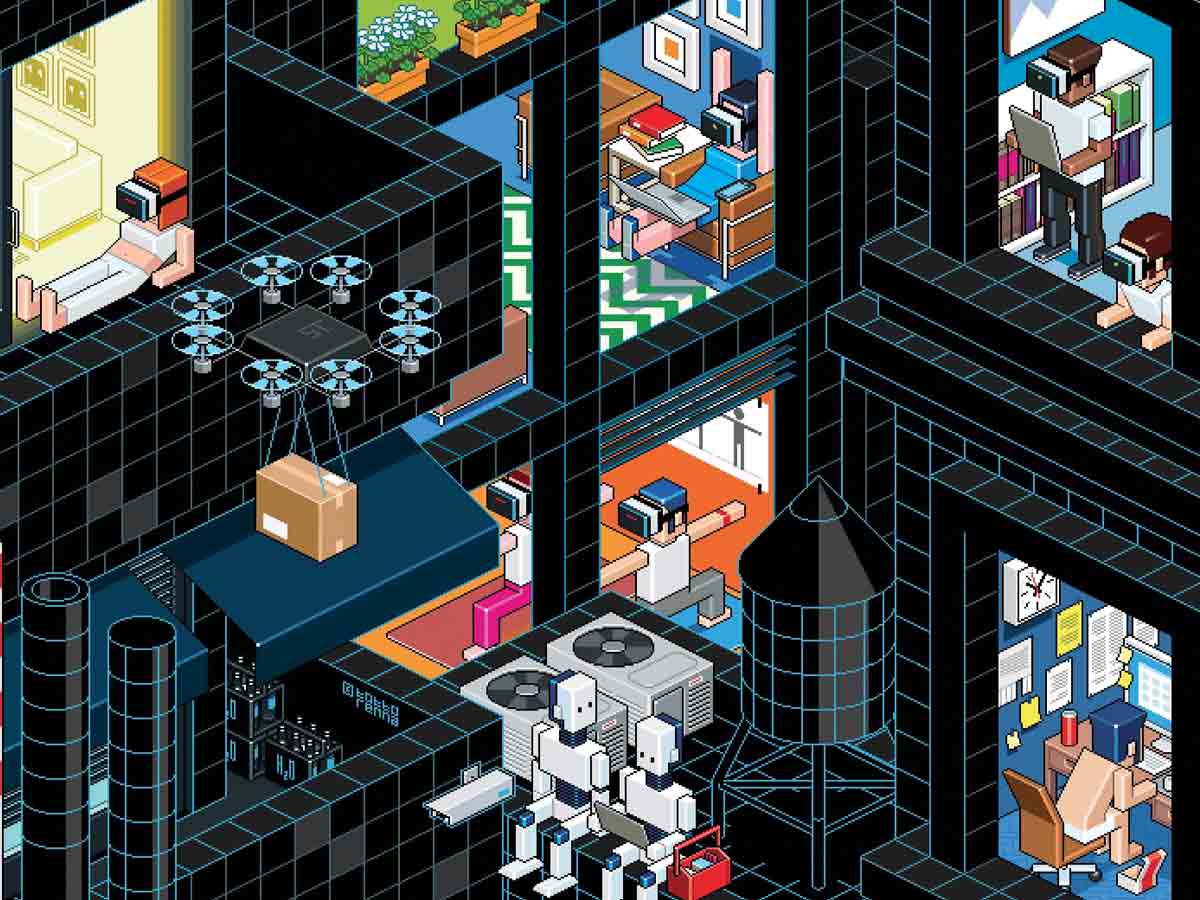 The Metaverse (a combination of “meta- “and “universe”) is a proposed version of the internet that would allow users to access permanent online 3-D virtual worlds via traditional personal computers as well as virtual and augmented reality headgear. Metaverses are already present in some form on platforms like VRChat or video games like Second Life.

Current metaverse goals include overcoming technology limits with contemporary virtual and augmented reality devices, as well as increasing metaverse applications to include business, education, and retail. Several entertainment and social media corporations have poured money into metaverse research and development. The metaverse has been criticised as a way of public relations building based on existing technology that is simply theoretical and “over-hyped.” Information privacy and user addiction are two issues that have arisen in the metaverse as a result of current troubles in the social media and video game industries.

The metaverse is a method for creating immersive digital settings for a variety of human activities. Some metaverse iterations require the merging of virtual and real locations, as well as virtual economies, to accomplish this. In order to further build a sense of presence in a realistic setting, other attributes include digital permanence and synchrony, as well as incorporating current social media aspects as avatar identification, content production, and social acceptability.

Several metaverse technologies have already been implemented in current internet-connected video games. Second Life, a 2003 computer game that merged several characteristics of social networking into a persistent virtual environment, is generally referred to be the first metaverse. Many massively multiplayer online games include social features as a standard feature. Clive Thompson, a technology writer, claims that Minecraft’s emergent, social-based gameplay is an advanced version of the metaverse. Other games that have been accused of forming a metaverse include Active Worlds, Roblox, Decentraland, and Fortnite, as well as a few early MUD games.

Because of the benefits of building immersion in virtual worlds, metaverse work has frequently focused on improving virtual reality technology. Facebook Horizon, a social VR realm, was introduced in 2019 by the social media firm Facebook. In 2021, Facebook would be called “Meta Platforms.” Mark Zuckerberg, the business’s chairman, stated that the company is committed to establishing a metaverse environment. Much of the underlying virtual reality technology that Meta Platforms promoted is still being worked on. Microsoft bought the virtual reality firm AltspaceVR in 2017 and plans to integrate metaverse functionality into Microsoft Teams.

Microsoft Teams or Zoom are, in many respects, already Metaverses. A person may be a static picture, an avatar, or a live video, but you are “present” in the room. As a result, the Metaverse serves as a larger environment for “bringing individuals together.” It may be utilised for a variety of purposes, including meetings, factory visits, onboarding, and training. Almost any human resources and talent management programme can be rebuilt for the Metaverse. The Metaverse is entirely immersive if you use 3D glasses.

The Business Metaverse is already beginning to take shape. We aim to go from “e-learning” to “we-learning,” “digital learning,” and soon, “immersive learning” in training. This opens up a slew of new possibilities, ranging from onboarding and training to leadership development, meetings, simulated experiences, large-scale staff events, and, of course, entertainment.

There are many more “edge cases” to come. This universe will include NFTs (Non-Fungible Tokens), which will allow us to acquire, own, licence, and safeguard digital assets. Because the 3D data gathered here is more abundant than ever, there will be a strong focus on privacy, security, and data protection. You can guarantee that when glasses and headsets become more affordable (keep an eye on Apple in this arena), these applications will have an influence on our lives at work, at home, and on weekends.

In addition, there’ll be a land grab. Brands already are accumulating valuable real estate (“virtual spaces” in video games), so your firm might wish to purchase a piece of Farmville property. Nike just patented digital goods, indicating that they would offer digital items in the future.

Consider the benefits of this transformation before dismissing it as a dystopian nightmare. Many of the technologies we’ve been developing for years (blockchain, virtual reality, augmented reality, sensors, cameras, and 5G) are now coming together. The Metaverse as we know it now may appear strange or weird at first, but actual applications will emerge soon enough.