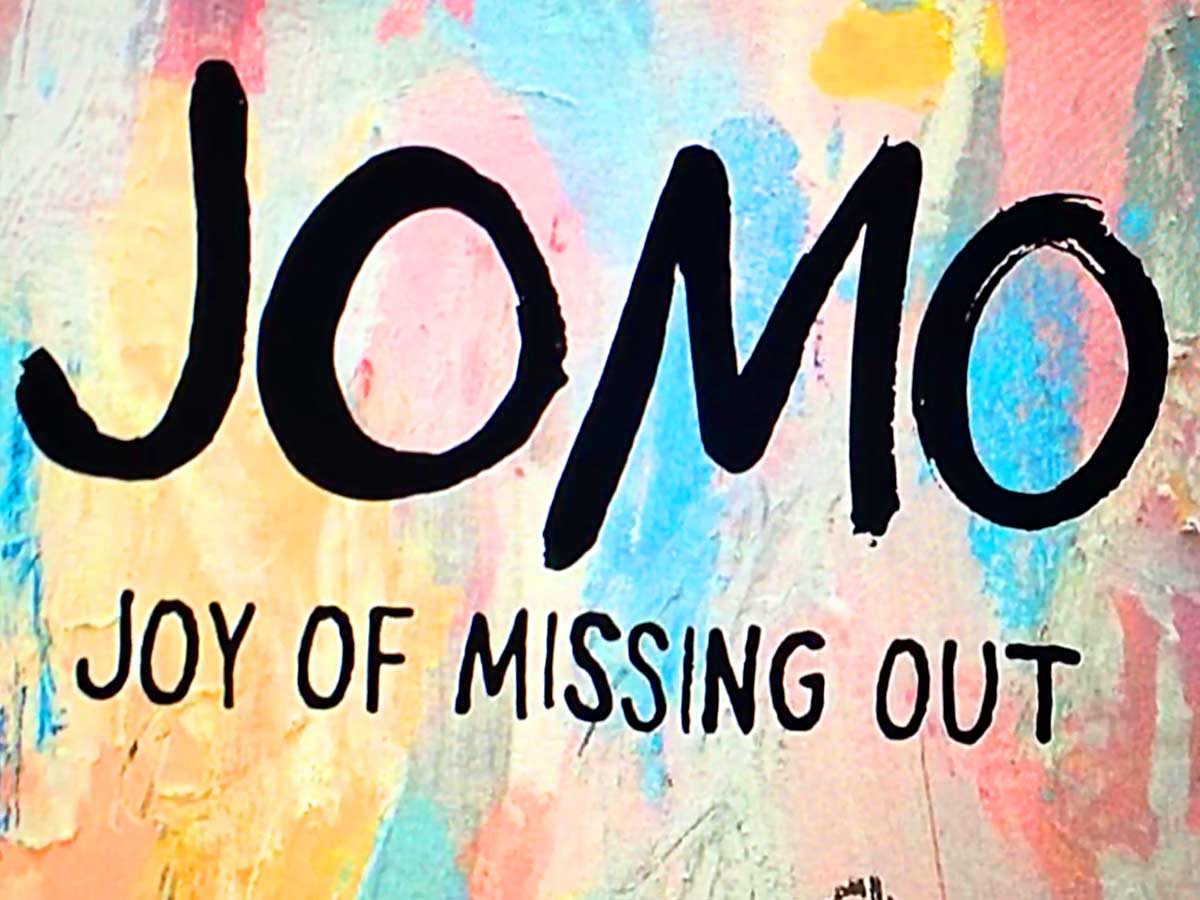 The Joy of Missing Out, a new book by Danish philosopher Svend Brinkmann, provides some sound advice: let it go. Stop attempting to do everything and instead focus on doing less. In fact, it’s sometimes better to be left behind and enjoy where you are right now. Brinkmann isn’t the only one who cares about our well-being.

JOMO stands for the Joy of Missing Out, which means enjoying what you’re doing in the present now without caring about what everyone else is doing. JOMO is a sociological phenomenon that develops as a reaction to FOMO, or the Dread of Missing Out, or the fear of being “out of the loop” or not being the “coolest.”

“Personal progress” is the corporate-approved dream these days. According to Danish psychologist Svend Brinkmann, it is a “rampant development culture with no constraints.” Personal development must be viewed as absolutely limitless to feed the market for training and self-discovery. But how big does one individual have to be? Unlimited personal growth is no more sustainable than infinite economic growth. As a result, this clever little brochure functions as a manifesto for personal degrowth, or shrinkage.

Fear of missing out, or Fomo, is wreaking havoc on our lives, according to Brinkmann, so we should nurture the pleasure of disengagement. He cites Aristotle’s precept of moderation in all things, research demonstrating that having too many options is psychologically damaging, and the concept of the “hedonic treadmill,” which states that we quickly adjust to nice things but still want more.

This book fits right in with Marie Kondo’s less-is-more counterculture.

Brinkmann emphasizes that missing out on nice stuff is also an ethical necessity: “We can only fulfill our human commitments if we are willing to forego something to be there for other, specific, individuals.”

At the same time, Brinkmann is careful not to slip into what he refers to as “the elitist trap.” When those who have more than enough wax lyrical about the virtues of simple living, it can be interpreted as meaning that no one else requires anything more than what they already have. (Similarly, environmentalists who advocate for economic “degrowth” don’t appear to spend much time worrying about how this might affect poor people in China.) 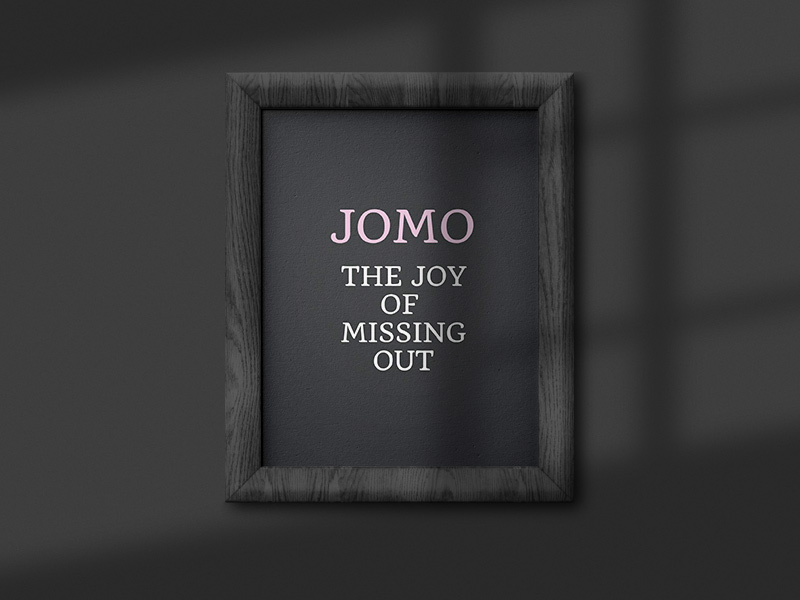 Brinkmann also references his countryman Sren Kierkegaard’s admonition that “purity of heart is to will one thing,” yet his approach flattens out Kierkegaard’s inherent religion and weirdness.

Nonetheless, JOMO fits neatly into the Marie Kondo-led less-is-more counterculture, serving as a gentle reminder of an age-old concept. Count your blessings; don’t allow perfection to become the enemy of the good, and cultivate your garden.

Anil Dash’s name may not be familiar, but he is responsible for many things, including the notion that it’s okay to miss things and that there is a delight in not being a part of everything you see and read on social media.

He says on his blog, “I’ve attended some incredible events. I am still lucky enough to be able to attend moments and festivities that are a true honor to witness. However, my default response to invites is ‘no.’ No way, I’m not going. And when well-meaning hosts say things like, ‘You’re going to regret not coming!’ I won’t say it out loud, but I’m sure I’ll think to myself, ‘No, I really won’t.'”

According to Psychology Today, social media platforms such as Facebook and Twitter are FOMO triggers since viewing status updates and tweets might induce us to fear missing out on something significant. This concern is exacerbated by social pressure, which stems from the desire to be in the right place at the right time with the right people.

We only need to live in the moment to practice JOMO, which involves making an effort to meet face-to-face instead of communicating through social media and saying “no” to non-essential activities and duties like attending parties and gatherings or taking irrelevant phone calls. Making peace with saying no, living in the now, and enjoying the comforts of home are therefore essential.

Most crucially, JOMO can imply unplugging from technology in general, and social media in particular – after all, do you really need to know what everyone is doing and thinking right now?

Dash believes that embracing JOMO has given him back control over his life. “Being the one in control of what moves me, what I feel compelled by, and what attachments I have to transient experiences is not an authority I’m ready to surrender to the random whims of a mobile phone app,” he writes. “I believe that more and more people will reclaim control over their feelings about being social. That’s a happy thing.”