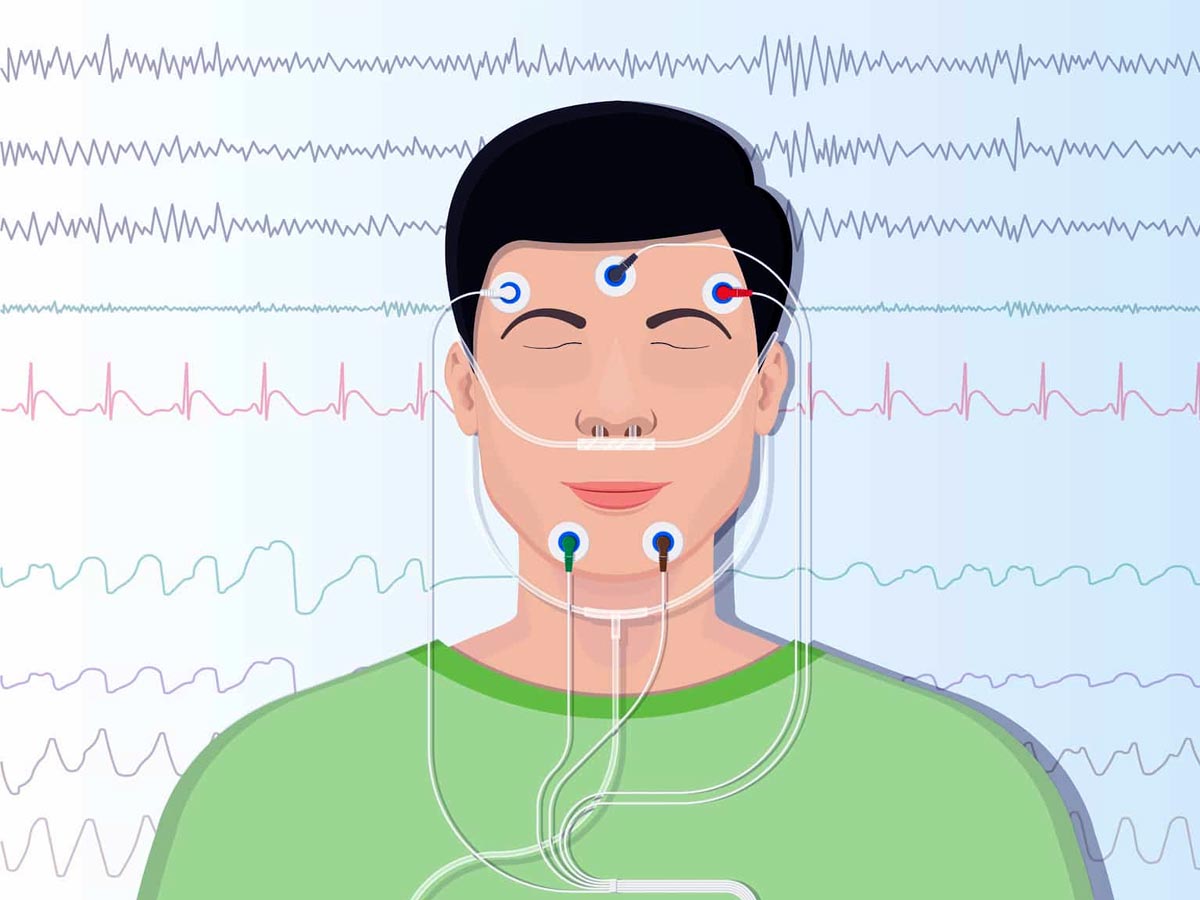 What Exactly Is NREM Sleep?

Non-rapid eye movement also known as Non Rem sleep is divided into three stages: stage 1, stage 2, and stage 3 NREM sleep. While each stage has its own set of mental processes, they all share a tendency for the sleeper to experience reduced breathing, muscle activity, heartbeat, and brain waves. Sleepers undergo decreased eye movements during NREM sleep, which distinguishes it from rapid eye movement (REM) sleep.

NREM stages 1 and 2 are considered light sleep, while NREM stage 3 is considered deep sleep. During each stage, some signs of electrical activity in the brain appear. These are typically defined in terms of frequency, or Hertz7. A greater number suggests that neurons are firing at a faster rate.

What Takes Place During NREM Sleep?

As you progress through the stages of NREM sleep, many biological activities slow down or cease completely, allowing reparative and restorative processes to take control.

When you nod off, you enter the first stage of NREM sleep. This is the stage of sleep in which the heartbeat, eye movements, brain waves, and breathing activity begin to slow. Motor movements are also reduced, though you may suffer muscle twitches known as hypnic jerks8. The initial episode of stage 1 sleep normally lasts only a few minutes.

The heartbeat, respiration, muscle activity, and eye movements continue to slow throughout stage 2 NREM sleep. You will also notice a drop in body temperature during this time. During the night, you spend almost half of your time in stage 2 sleep9.

During stage 2 sleep, brain waves often slow down even further. This stage of sleep, however, is distinguished by the presence of two distinct forms of brain activity:

Sleep spindles10 are brief bursts of brain activity that last between 0.5 to three seconds. Spindles, which occur every three to six seconds during stage 2 sleep and infrequently during later phases of sleep, are critical for memory and learning. They may also assist to block out extraneous disturbances, allowing you to sleep more soundly. Sleep spindles have a frequency of 7 to 15 Hertz and are characterized as slow or fast11, indicating activity in distinct parts of the brain.

K-complexes12 have a single sharp peak in electrical activity followed by an abrupt negative fall. K-complexes, like sleep spindles, may help to preserve sleep by inhibiting reactions to harmless sounds and lights. Surprisingly, K-complexes may also help you wake up if your brain regards a signal as hazardous. K-complexes are supposed to help in memory consolidation and neuronal maintenance, which helps the brain work smoothly.

During stage 3 sleep, your heart rate, breathing rate, muscle activity, and brain waves are the slowest.

This stage of sleep is also known as deep sleep since specialists feel it is the most important for rejuvenating your body and brain.

Delta waves are the most common brain waves during stage 3 NREM sleep. These are huge waves with a sluggish frequency range of 1 to 4 Hertz. Slow oscillations, which occur at 0.5 to 1 Hertz in stage 3 NREM sleep, are also observed. Slow oscillations may aid in the synchronization of delta and spindle waves, both of which can occur during deep sleep.

Slow-wave activity is the combination of delta waves and slow oscillations, and this sleep stage is also known as slow-wave sleep.

People are less responsive to outside cues when they are deep asleep, making it difficult to rouse them. If you are successful in waking someone from a deep sleep, they may undergo a period of grogginess known as sleep inertia.

The majority of people get the most of their deep sleep at the start of the night. You may feel tired if you do not get enough slow-wave sleep. Thus, after a sleep deprivation phase, you compensate by reducing spindle activity and spending more time in deep sleep15 during the next sleep period. Deep sleep diminishes across the lifetime, with young children getting more deep sleep and older persons getting less.

What Is the Importance of NREM Sleep?

NREM has mostly been examined for its effects on physical recovery and memory consolidation. Researchers believe that disruptions in NREM sleep processes may contribute to schizophrenia16, epilepsy17, Alzheimer’s18, Parkinson’s disease19, and autism spectrum disorders20.

NREM sleep has traditionally been seen as a period of rest. Researchers have discovered that the brain consumes substantially less energy during NREM sleep, lending credence to this notion. People with insomnia21, on the other hand, exhibit brain rhythms akin to wakefulness during NREM sleep. They also have a higher metabolism and heart rate22, indicating that they are unable to completely relax. Sleep disruption caused by other factors can potentially impede the restorative process.

NREM sleep may potentially have an effect on the cardiovascular system. Blood pressure declines during slow-wave sleep in particular23, which is known to protect against heart disease. People with sleep apnea, chronic insomnia, high blood pressure, or disrupted sleep may not experience this drop in blood pressure, which can increase the risk of cardiac problems.

The brain consolidates new memories and skills24 into a more lasting format during NREM sleep. It also improves cognitive pathways for future learning. Specific NREM sleep patterns25 have been linked to improved working memory, verbal fluency, motor learning, and word retrieval. People who have a higher share of alternate patterns do worse on these measures.

According to one idea, sleep spindles assist strengthen brain connections associated with recently acquired memories, and then slow-wave sleep cleans up the pathways so they are ready for use the next day. Slow waves and spindles may not synchronize as well in older persons, which may explain memory issues as people age27.

Slow-wave sleep’s contribution to the optimization of these pathways might be viewed as a recovery phase following the day’s learning. According to the researchers, more slow-wave sleep is required to recover after either more time spent awake or a more thorough learning process.

Along the same lines, it stands to reason that as you become older, you spend less time in deep sleep and hence have less ability to learn new abilities. Slow-wave sleep eventually decreases by more than 60% between the ages of 10 and 20 28.

When Should You Consult Your Doctor?

Sleep deprivation can lead to chronic health problems in the long run, so it’s critical to keep an eye on any changes in your sleep and wake habits and to strive for the suggested sleep times for your age group.

Consult your doctor if you are experiencing difficulties sleeping and are unsure why. They can provide sleep hygiene advice and may be able to identify an underlying sleep issue that is interfering with NREM sleep.