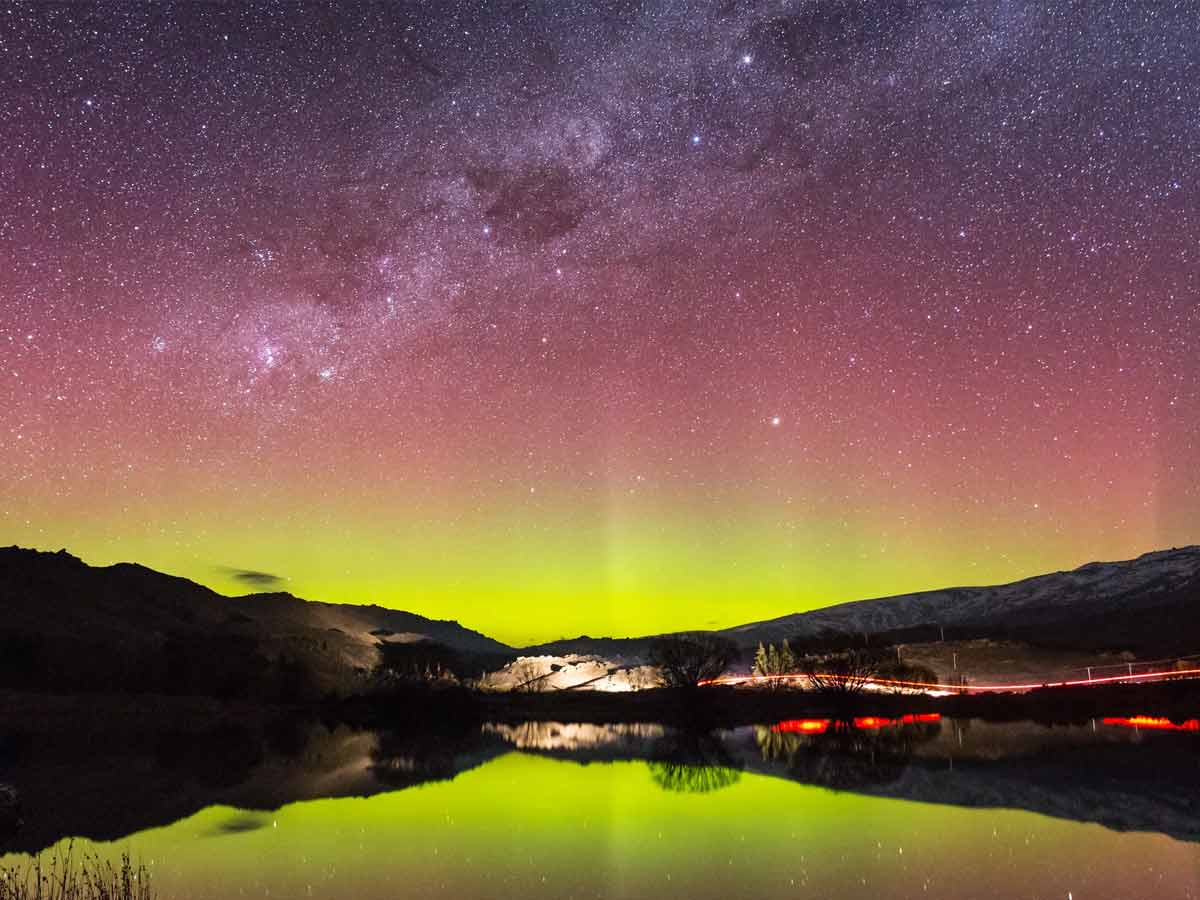 Seeing the magnificent northern lights is at the top of many people’s bucket lists, but for many, it remains a fantasy. Even for those who do have the opportunity, it is rare to observe the northern lights when looking down — as in from space.

It won’t be long until space travel becomes a reality. Still, it doesn’t appear probable that most of us will enjoy a view like this very soon.

ESA astronaut Thomas Pesquest snapped this unusual photograph of the International Space Station from outside the station.

It’s reasonable to say that most individuals have seen a full moon at least once in their lives. Given that a full moon comes every 30 days or so and that the moon is visible from all across the world.

Seeing the Aurora Polaris (polar lights) is, on the other hand, a considerably more difficult task. These spectacular displays of colorful lights, also known as the Aurora Borealis (northern lights) or the Aurora Australis (southern lights), only occur near the Earth’s poles. To see the aurora borealis, one would have to go to either the Arctic or Antarctic areas. Even then, you can never be certain of catching one, but it is a possibility.

That, though, pales in comparison to leaving our wide blue globe and returning from hundreds of kilometers above.

Only a few hundred persons have ever had the honor of doing so out of the billions that have ever existed on our planet.

However, early this month, astronauts aboard the International Space Station got the unusual opportunity to see not just the Earth below, but also the southern lights and a full moon.

Anyone may relive the moment thanks to Thomas Pesquet, a French astronaut with the European Space Agency. Pesquet documented the stunning scene on Twitter with photos and a timelapse video.

Another #aurora but this one is special as it is so bright. It is the full Moon 🌕 lighting up the shadow side of Earth 🌎 almost like daylight. 🌞 #MissionAlpha https://t.co/vhJVPNqE1D pic.twitter.com/bcx6NNZsrj

Thomas Pesquet was born on February 27, 1978, in Rouen, France, and is a black belt in judo. He also likes basketball, running, swimming, squash, and outdoor activities such as mountain biking, kite surfing, sailing, skiing, and mountaineering. He also has considerable scuba diving and skydiving expertise. His other hobbies include traveling, saxophone playing, and reading.

During his time in space, he participated in more than 50 experiments, and the six crew members established a record for the number of hours spent working on research. His mission also had two spacewalks to maintain the Station: one to replace batteries on an electrical channel and one to repair the cooling leak and service the robotic arm. After 197 days in orbit, Thomas returned to Earth on Soyuz MS-03 on June 2, 2017.

On July 28, 2020, Thomas’ second spaceflight was announced. On the second SpaceX Crew Dragon mission, he will go to the International Space Station alongside JAXA astronaut Akihiko Hoshide and NASA astronauts Shane Kimbrough and pilot Megan McArthur. The project is named Alpha after the nearest stellar system to Earth, Alpha Centauri, in keeping with the French practice of naming space missions after stars or constellations. The mission assignment marks the first time a European will go to the Space Station in the Crew Dragon, as well as the first from the United States in more than a decade.

The aurora australis, like its northern counterpart, is most intense in an oval centered on the south magnetic pole. This is due to collisions between energetic electrons (and sometimes protons) and atoms and molecules in the high atmosphere… and the electrons obtain their high energies by being accelerated by solar wind magnetic fields and the Earth’s magnetic field (the motions are complicated, but essentially the electrons spiral around the Earth’s magnetic field lines and ‘touch down’ near the point where those lines become vertical).

Antarctica is by far the finest site in the southern hemisphere to observe aurorae! Oh, and at night as well. When the solar cycle is at its peak, aurora australis may be seen in New Zealand (particularly the South Island), southern Australia (particularly Tasmania), and southern Chile and Argentina (sometimes in South Africa too).

The science behind the colors is similar to what causes a flame to turn orange-yellow when salt is put to it (particular atomic transitions in sodium atoms); green and red originate from atomic oxygen; nitrogen ions and molecules produce certain pinkish-reds and blue-violets; and so on.

How high is the aurora borealis? Typically 100 to 300 kilometers (where green is frequently visible, with red at the top), although as high as 500 km and as low as 80 km have been recorded (this requires particularly energetic particles, to penetrate so deep; if you see purple, the aurora is likely to be this low).

Are there aurorae on other planets? Because Jupiter and Saturn have powerful magnetic fields, (not so strong) solar wind, and (very deep) atmospheres, they produce beautiful aurorae in rings around their magnetic poles (which are closer to their rotating poles than Earth’s are). Aurorae have also been photographed on Venus, Mars, Uranus, Neptune, and Io.