Home Life Travel Northern Lights? What Makes them so Rare and Beautiful 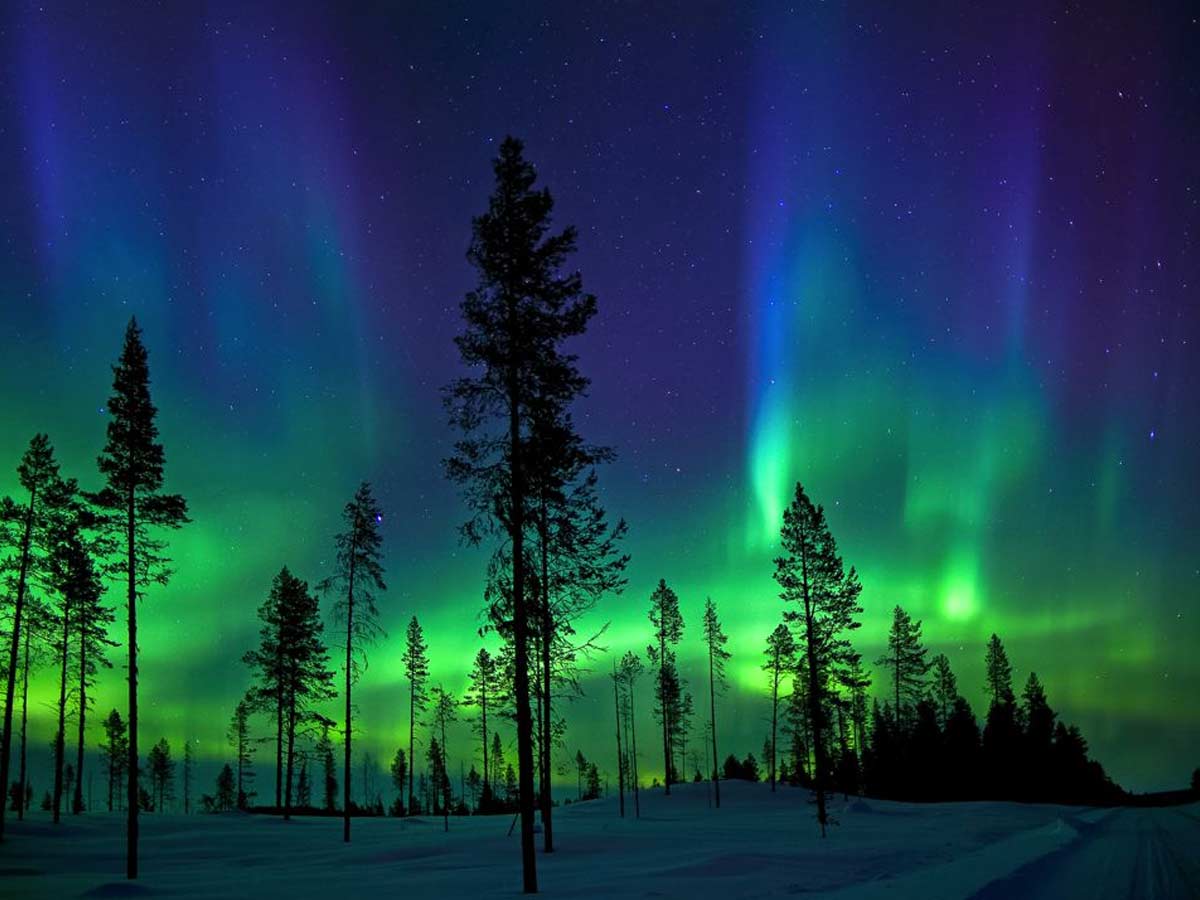 Science is a growing branch and the most interesting one. Science is developing day by day and is making so many new inventions and discoveries every now and then. One of such amazing discoveries is of northern lights. Northern lights are an amazing discovery that even reading and exploring these amazing Northern Lights is great fun. So let’s get started! If you want to experience this great fun, read this blog and explore everything about Northern Lights.

WHAT ARE THE NORTHERN LIGHTS? 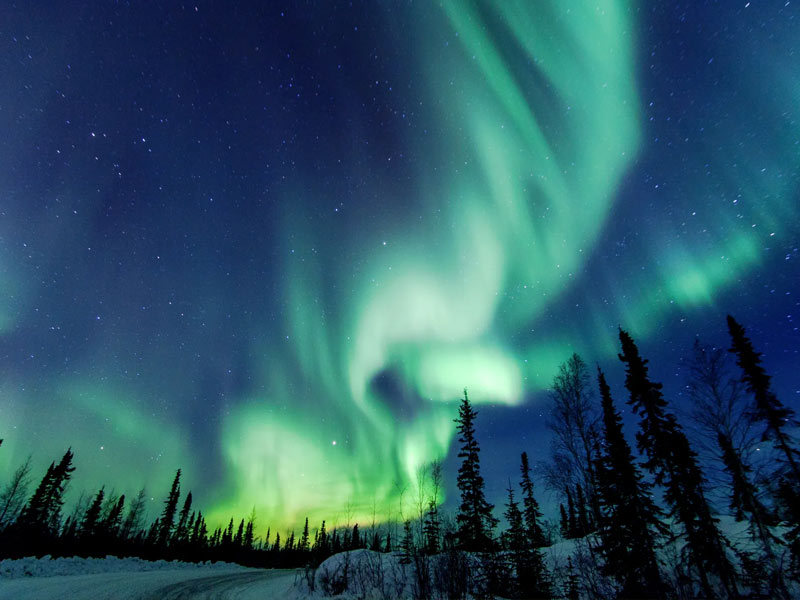 The northern lights are one of the astronomical phenomena known as polar light (aurora Polaris), which are curtains or shafts of colored light visible on occasion in the night sky. Polar lights are the natural phenomena found in both the hemispheres, i.e., the Northern and Southern hemispheres. To witness this spectacular phenomenon is really awe-inspiring. However, the Northern Lights are also known by their scientific name aurora borealis and the southern lights by its scientific name aurora australis.

These bright dancing lights are the collisions between electrically charged particles from the sun entering the earth’s atmosphere. These lights appear in several colors, but the most common of them are pink and pale green. Also, the shades of yellow, green, violet, blue, and red have been reported. These lights appear in many forms, from the scattered and patches of the cloud of light to rippling curtains, arcs, steamers, or shooting rays that light up the sky with an eerie glow.

WHAT IS THE CAUSE OF NORTHERN LIGHTS? 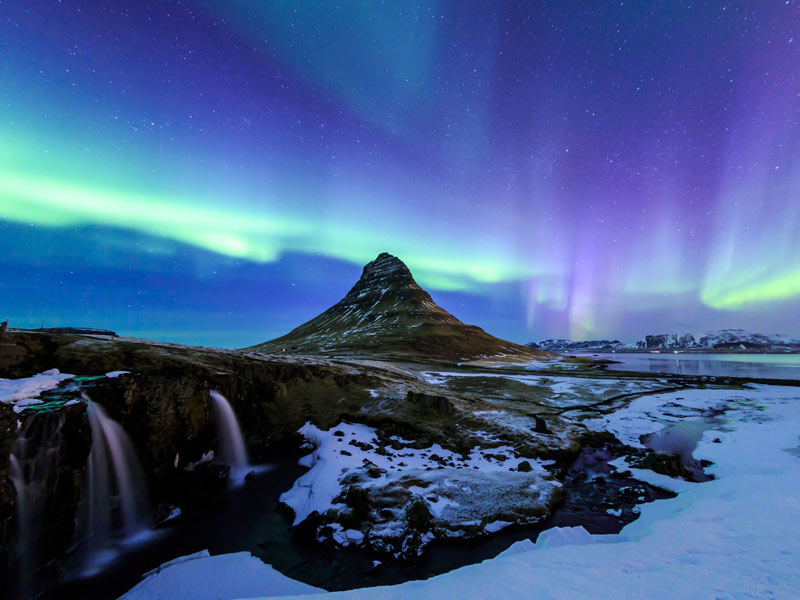 The most common color of the Northern Lights, i.e., the pale yellowish-green, is produced by the oxygen molecules present in the atmosphere, located about 60 miles above the earth. The rare red Northern Lights occur due to the high-altitude molecules of oxygen, about the height of 200 miles. The presence of Nitrogen molecules produces the purplish-red.

In 1880, for the very first time, the connection between the sunspot and the Northern lights. And thanks to the research that was conducted since the year 1950 that made us aware about the electrons and protons from the sun are blown towards the earth by ‘solar wind.’

Also Read, Most Beautiful Constellations, you can see from naked eye…

The temperature above the surface of the sun is about millions of degrees Celsius. And at this temperature, the collisions between the molecules of the gas are very frequent and explosive. This leads to the throwing of electrons and protons from the sun’s atmosphere by the rotation of the sun and escapes through the holes in the magnetic field. These particles were blown by the solar wind, and the charged particles are deflected by the earth’s magnetic fields.

But due to the weaker magnetic field at both sides of the poles, some particles enter the atmosphere of the earth and collide with the particles of gas. And the collision of these particles results in the emission of light at the north pole, which we call the Northern Lights.

THE BEST PLACE TO WITNESS THE NORTHERN LIGHTS 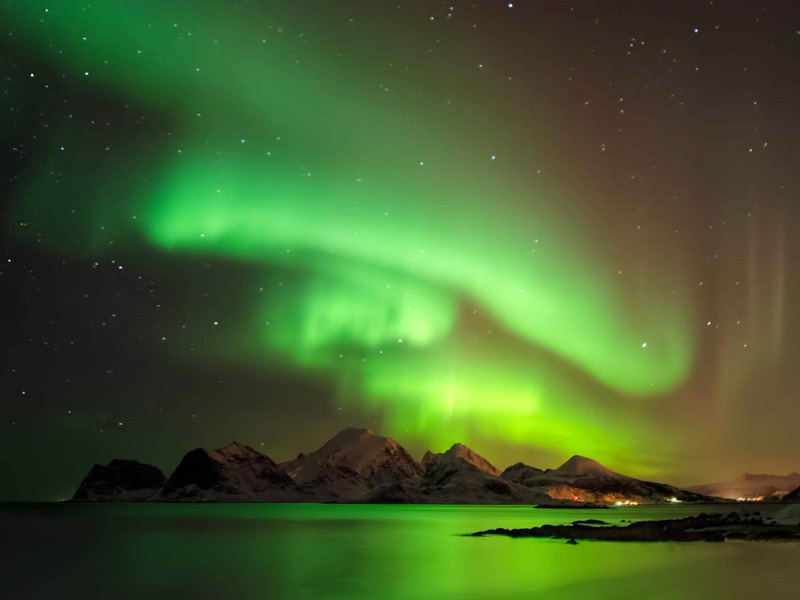 The destination’s presence at the higher latitudes serves as a good Northern Lights viewpoint. The island dives deep into the arctic circle and is one of the favorite locations in Norway. Svalbard is without daylight from mid-November to the end of January, enhancing the chances of witnessing the Northern Lights.

The capital of Iceland, Reykjavik is one of the most popular and easily accessible locations to view the Northern Lights. The place has a lot to offer other than Northern lights.

The larger part of Canada is covered by the ‘aurora oval’; hence, it offers some amazing Northern Lights viewpoint options. This oval covers the parts of Northern Saskatchewan, Nova Scotia, Yukon, and so on. You can check the geographical map of the aurora locations online and Dark Sky Finder for the viewing spots. 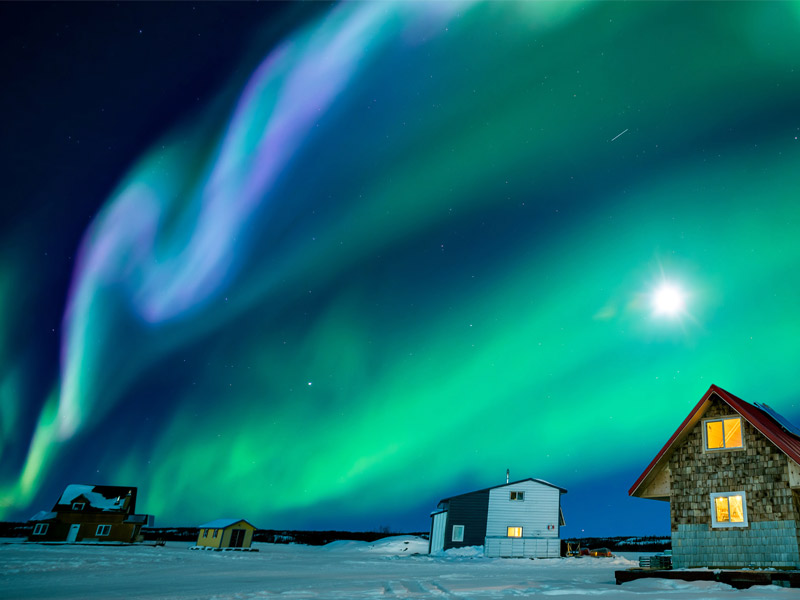 According to the researchers, the occurrence of Northern Light is cyclic. This cycle peaks roughly every 11 years, as researched by scientists. However, to witness these amazing Northern Lights winters is a good season in the north to witness the Northern Lights. Because they have longer periods of darkness and the frequency of the clear nights, Winters offer an opportunity to watch the northern lights clearly. Usually, the best time to watch the northern lights more clearly is at midnight, on clear nights.

So, are you excited enough to witness these magical Northern Lights, a great wonder of Nature?