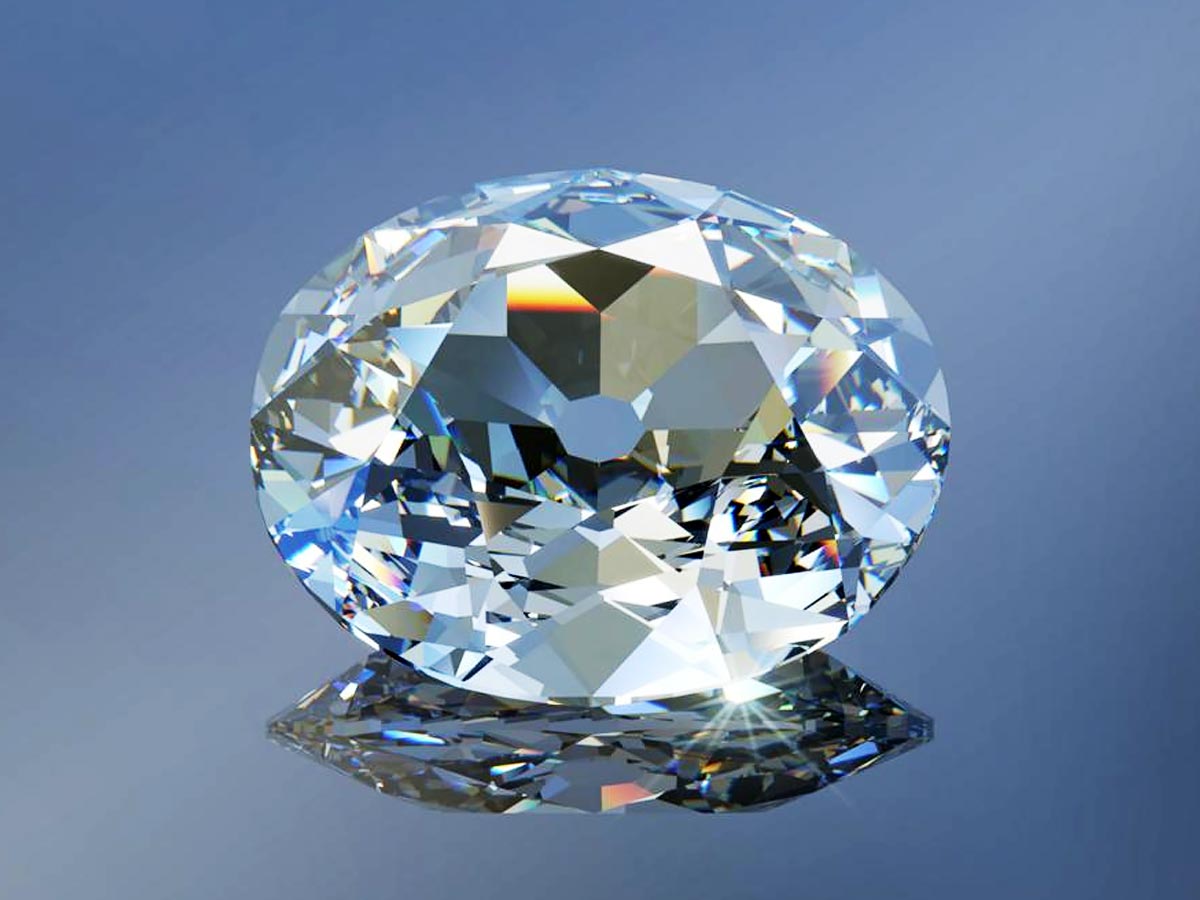 The Ko-hi-noor is one of the world’s oldest and most prominent diamonds.

The Indian Kohinoor diamond, a star of London’s Crown Jewels, has a brutal history of colonial conquest.

The diamond was sifted from sand in India’s alluvial mines thousands of years ago. According to Hindu belief, it was worshipped by gods such as Krishna—even though it seemed to bear a curse, based on the fortunes of its founders. Later known as the Koh-i-Noor Diamond, the stone made its way through Indian court intrigues before ending up in the British Crown Jewels by the mid-1800s.

That is when a British amateur geologist consulted gemologists and archaeologists about the diamond’s heritage and wrote the Koh-i-Noor biography, which acted as the foundation for most subsequent stories about the diamond. Still, according to Anita Anand and William Dalrymple, historians, the geologist was utterly incorrect.

The Kohinoor diamond has a heritage that dates back more than 5000 years. The diamond’s current name, Koh-i-Noor, is Persian for “Mountain of Light.” A timeline of this priceless diamond is shown below.

Kohinoor is one of the most prized and expensive diamonds of all time, defined by Mughal Emperor Babur as “worth the value of one day’s food for all the people in the world.” After it left the hands of its original founders, the Kakatiyas of Warangal, this dazzlingly stunning rare gem has been in the eye of the hurricane. The fabled diamond was never purchased or sold. Still, it passed through many dynasties, including the Khiljis, Mughals, Persians, Afghans, and British, before winding up at the Tower of London.

This is the fascinating account of its eventful trip. 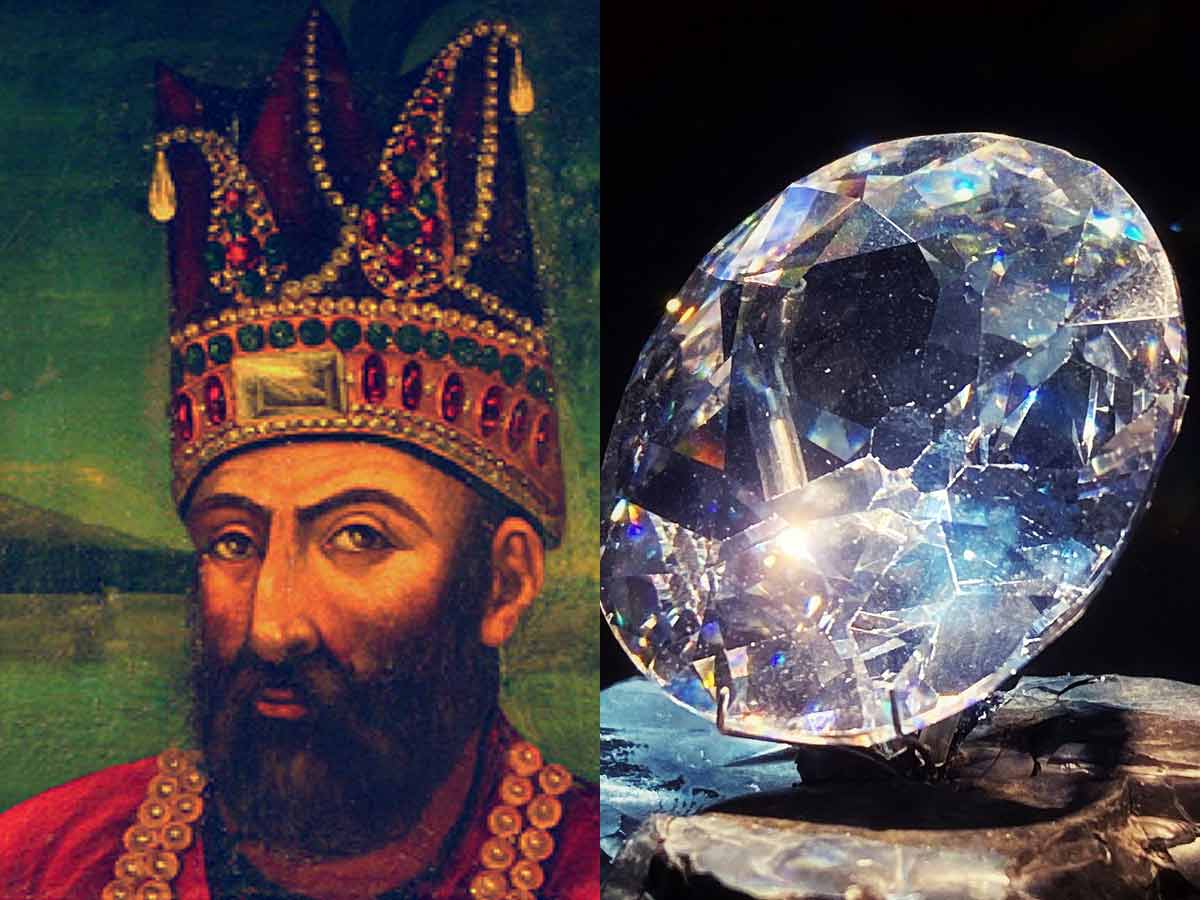 The Kohinoor has a long and complicated tradition that dates back to the 13th century. Kohinoor, a massive colorless diamond weighing approximately 793 carats, was discovered in India’s Golconda mines during the Kakatiya dynasty.

According to legend, it was used as a deity’s eye in a Kakatiya temple in Warangal in 1310.

Alauddin Khilji, the second emperor of the Khilji dynasty of the Delhi Sultanate, and his troops started pillaging the kingdoms of southern India in the early 14th century. Malik Kafur (Khilji’s general) obtained the priceless diamond for the Khilji dynasty during a raid on Warangal. It was then handed on to the Delhi Sultanate’s subsequent dynasties.

At the Battle of Panipat in 1526, Babur decisively defeated Ibrahim Lodi. The triumphant Babur was informed that the Fort of Agra contained an enormous treasure, including a diamond that defied description.

Babur, enamored with the jewel upon its acquisition, dubbed it the “Diamond of Babur” and described it in his memoir, the Baburnama. 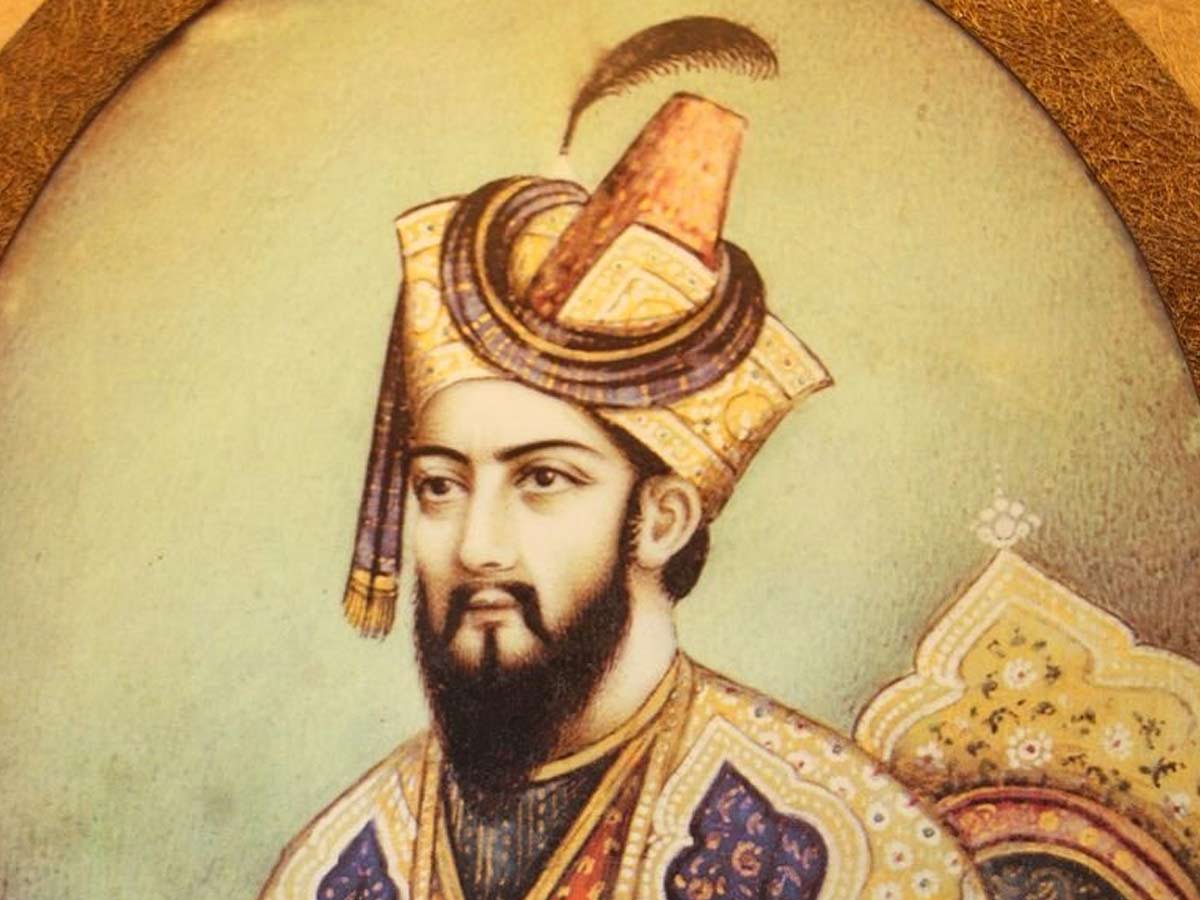 After Babur’s passing, the priceless jewel was inherited by his son Humayun, who passed it on to subsequent generations of Mughal kings, including Shah Jahan, who placed it on his famed Peacock throne. Later, while imprisoned in the Agra Fort by his son Aurangzeb, Shah Jahan will see the Taj Mahal reflected in a glittering jewel near a window.

Tavernier, an enterprising French explorer and gem connoisseur, toured India during Aurangzeb’s reign in search of rare and beautiful gems. Tavernier created the first drawing of Kohinoor in history after being shown the diamond by Aurangzeb.

Hortense Borgia, a Venetian lapidary (gem artist) so inept that he reduced the weight of the stone from 793 carats to 186 carats, was also tasked with cutting and enhancing the diamond by Aurangzeb. Aurangzeb was so angered by the lapidary’s carelessness and incompetence that he not only refused to pay him for his labor but he also seized all of Borgia’s earthly possessions.

During the reign of Aurangzeb’s grandson Muhammad Shah in 1739, the Shah of Persia, Nadir Shah, invaded Delhi. His army looted the royal Mughal treasury, including the famed Peacock Throne and Daria-i-Noor, the Kohinoor’s sister diamond. The Kohinoor, on the other hand, was nowhere to be found. The story of how Nadir Shah obtained the Kohinoor is fascinating.

Muhammad Shah used to keep the precious diamond concealed in the folds of his turban, a fact revealed only to a few, including a eunuch in the Emperor’s harem. The disloyal eunuch whispered the Emperor’s code into the ears of the triumphant Nadir Shah, hoping to gain the favor of the victorious Nadir Shah. 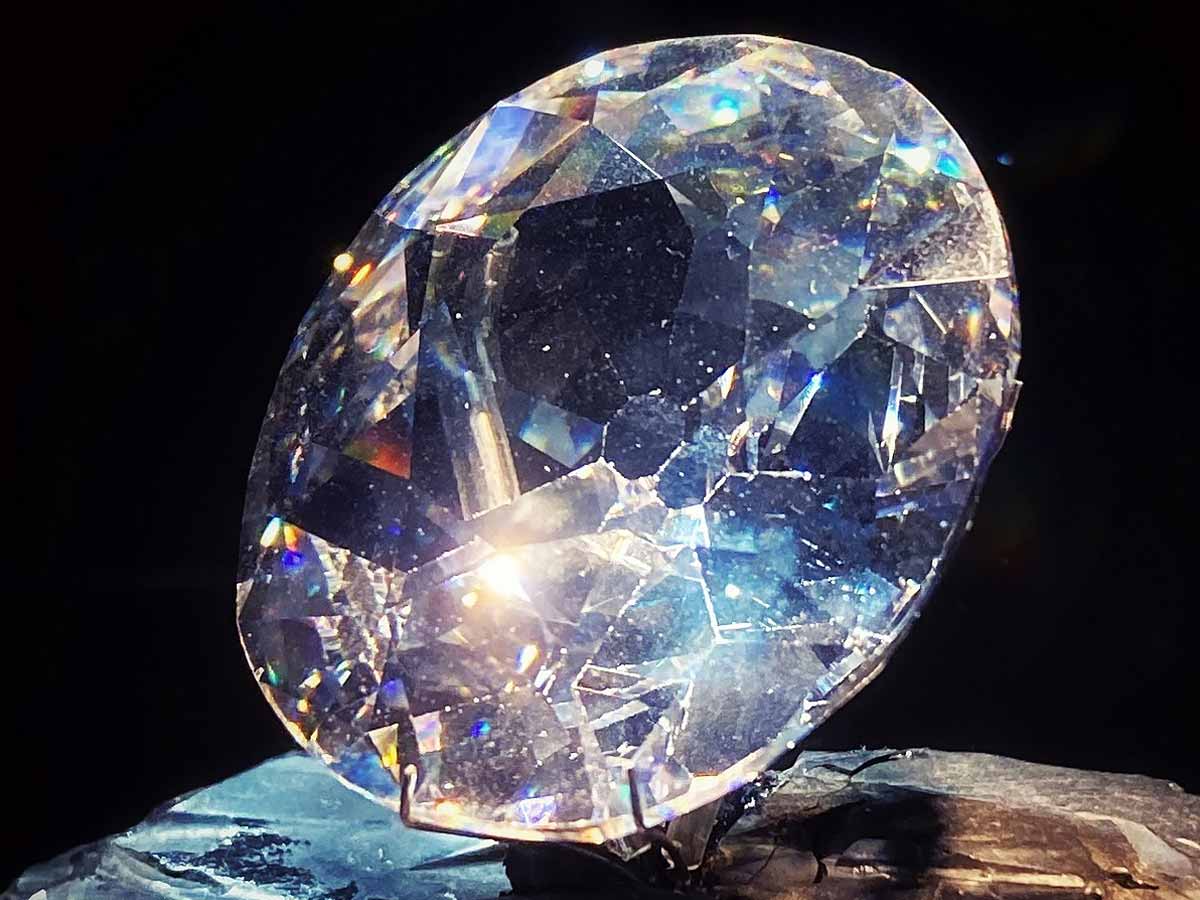 To rob Muhammad Shah of his cherished possession, Nadir Shah ordered a grand feast to coincide with Muhammad Shah’s return to the throne.

During the feast, Nadir Shah suggested exchanging turbans as a sign of everlasting friendship. Muhammad Shah, unwilling to resist the gesture, was forced to hand over his turban. Following the ceremony, Nadir Shah returned to his private chambers and happily unfolded the turban to reveal the diamond hidden inside. Dazzled by its majesty, he shouted, ‘Koh-i-Noor,’ which means mountain of light’ in Persian.

Soon after his return to Persia, Nadir Shah was assassinated. The diamond fell into the possession of Ahmad Shah Abdali, one of his most capable generals who later became the Emir of Afghanistan.

Shah Shuja Durrani, a descendant of Abdali, took the Kohinoor back to India in 1813 and gave it to Ranjit Singh, the king of Lahore, in return for his assistance regaining Afghanistan’s throne.

The precious jewel was sewn into an armlet by Ranjit Singh, the father of the Sikh dynasty, and he wore it on all appropriate state occasions. It stayed with him for the next two decades.

Ranjit Singh had bequeathed the diamond to the temple of Jagannath in Puri, modern-day Odisha. Still, the East India Company did not honor his wishes after his death in 1839.

His son, Duleep Singh, was defeated in the Second Anglo-Sikh War, which resulted in the British annexation of Punjab. The Last Treaty of Lahore was concluded under the auspices of Lord Dalhousie, formally transferring the Kohinoor to Queen Victoria along with the Maharaja’s other possessions. The treaty said,

“The Kohinoor set sail from India on the HMS Medea on April 6, 1850. Its departure was so veiled in secrecy that even the ship’s captain had no idea what precious cargo his ship bore.”

The Kohinoor was officially handed over to Queen Victoria by officials of the East India Company in a grand event held in London’s Hyde Park. 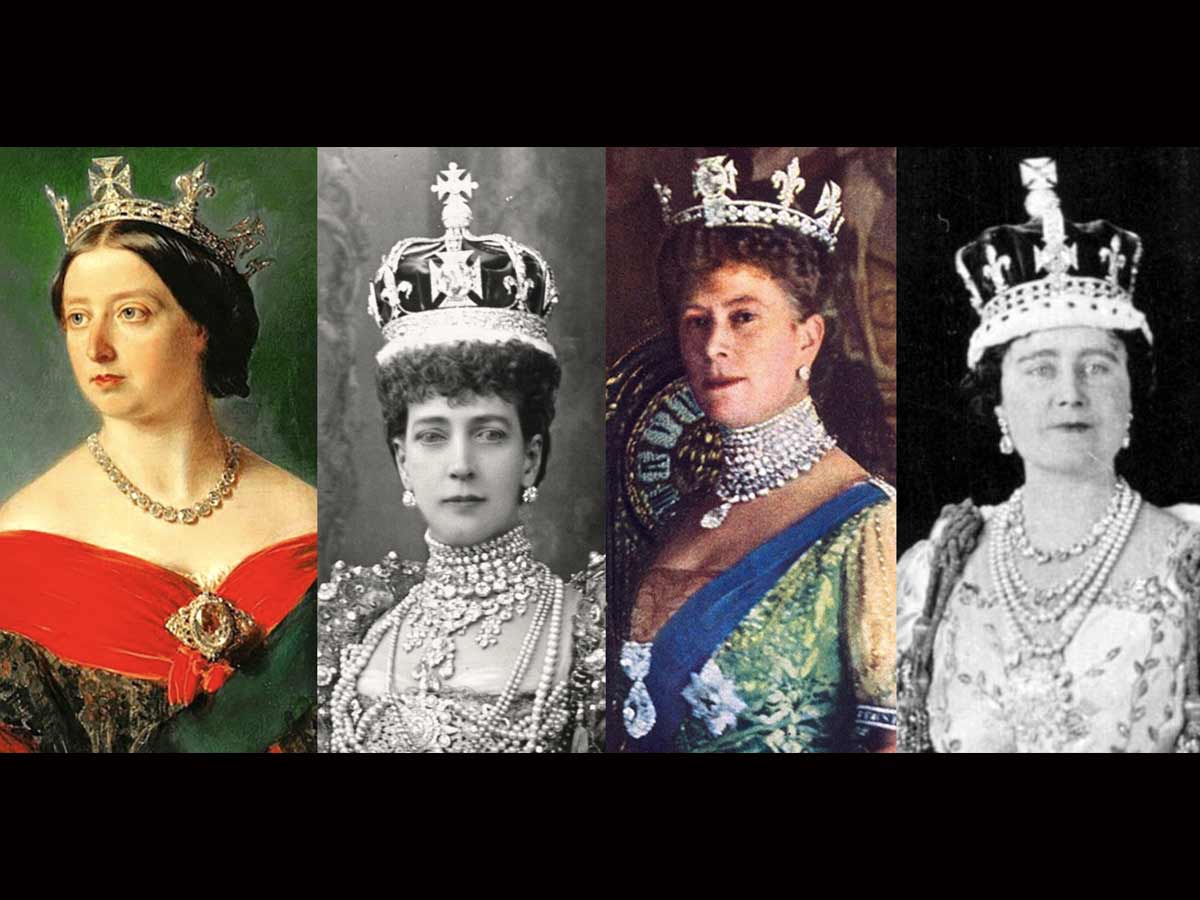 Along with Prince Albert and others in the court, the Queen agreed to refashion the diamond to increase its brilliance after becoming dissatisfied with its Mughal-style cut. The re-cutting of the Kohinoor, which took just 38 days and cost £8000, yielded an oval brilliant weighing 108.93 carats. Despite the efforts of the Dutch jeweler, Mr. Cantor, the findings significantly decreased the diamond’s weight.

It was placed on a splendid tiara for the Queen in 1853, which featured over two thousand diamonds.

Queen Victoria wore the diamond regularly after that. She stipulated in her will that the Kohinoor be worn only by a queen of the royal house. This was attributed to rumors of an ancient curse linked with the Kohinoor, which said, “He who owns this diamond will own the world, but will also know all its misfortunes.” Only God or a woman can wear it freely.”

As a result, only female members of the British Royal Family are permitted to wear the diamond. The Kohinoor has been carried by Queen Victoria, Queen Alexandra, Queen Mary, and Queen Elizabeth since it came into British hands.

It is currently on display in the Tower of London with the other British crown jewels. The Tower’s Jewel House still houses crystal replicas of the diamonds set in the oldest crowns. The original bracelet was given to Queen Victoria.

During WWII, the Crown Jewels were relocated from their residence at the Tower of London to a secure location. According to Simonne de Lattre de Tassigny’s biography of French army general Jean de Lattre de Tassigny, George VI buried the Kohinoor at the bottom of a lake near Windsor Castle, where it stood until after the battle.

The only people who learned about the hideout were the king and his librarian. They allegedly exposed the location to the general and his wife during their 1949 visit to England. 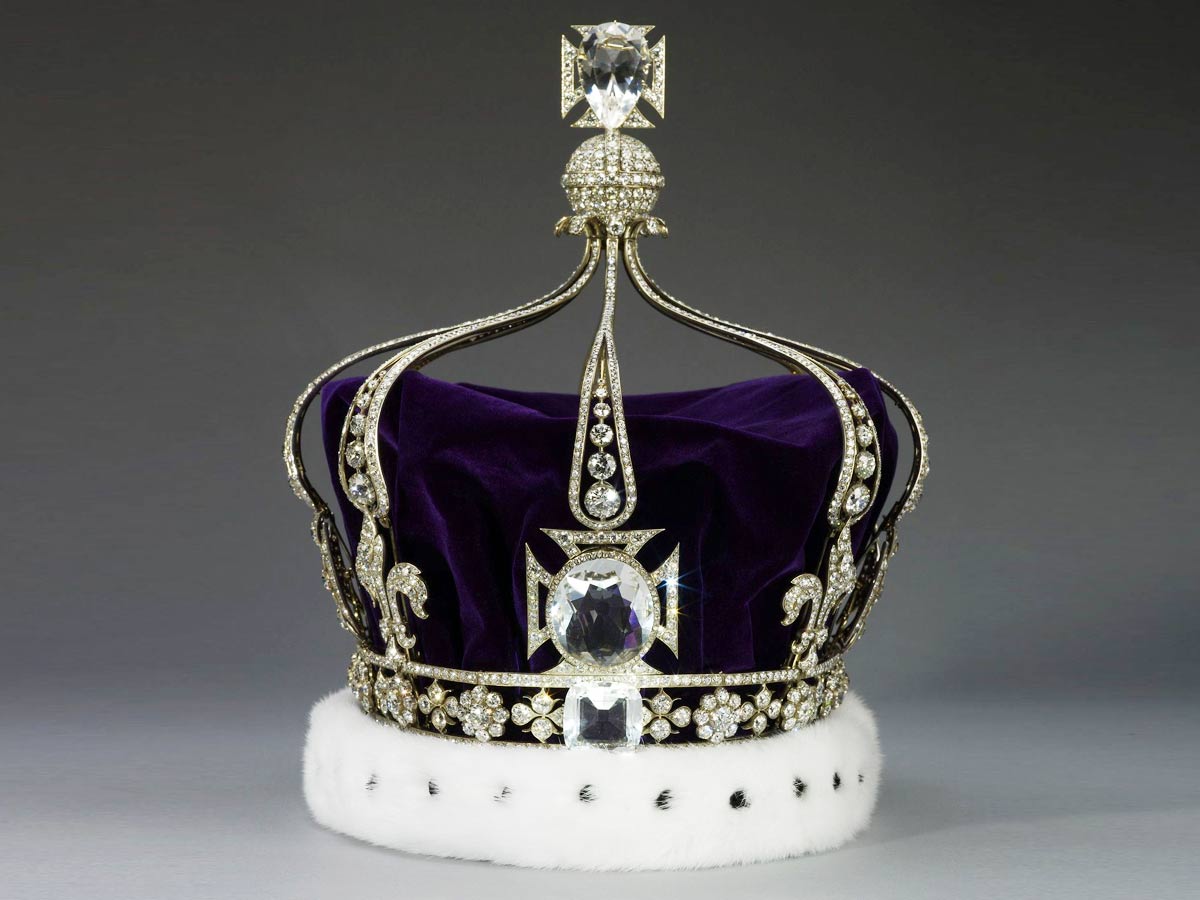 Today, Kohinoor, the focus of bitter wars and court intrigues, shines its brilliance on millions of visitors who, for the most part, are oblivious of its long past in shaping men’s destinies.

The diamond was first described more than 5000 years ago in a Sanskrit script, known as the Syamantaka. It is worth noting that the Syamantaka and the Kohinoor are only rumored to be the same diamond. The diamond is not listed again for over 4,000 years after this first written reference. The diamond owned the Rajas of Malwa until 1304; however, the diamond was also not called Kohinoor at the time. It belonged to the Emperor of Delhi, Allaudin Khilji, in 1304.