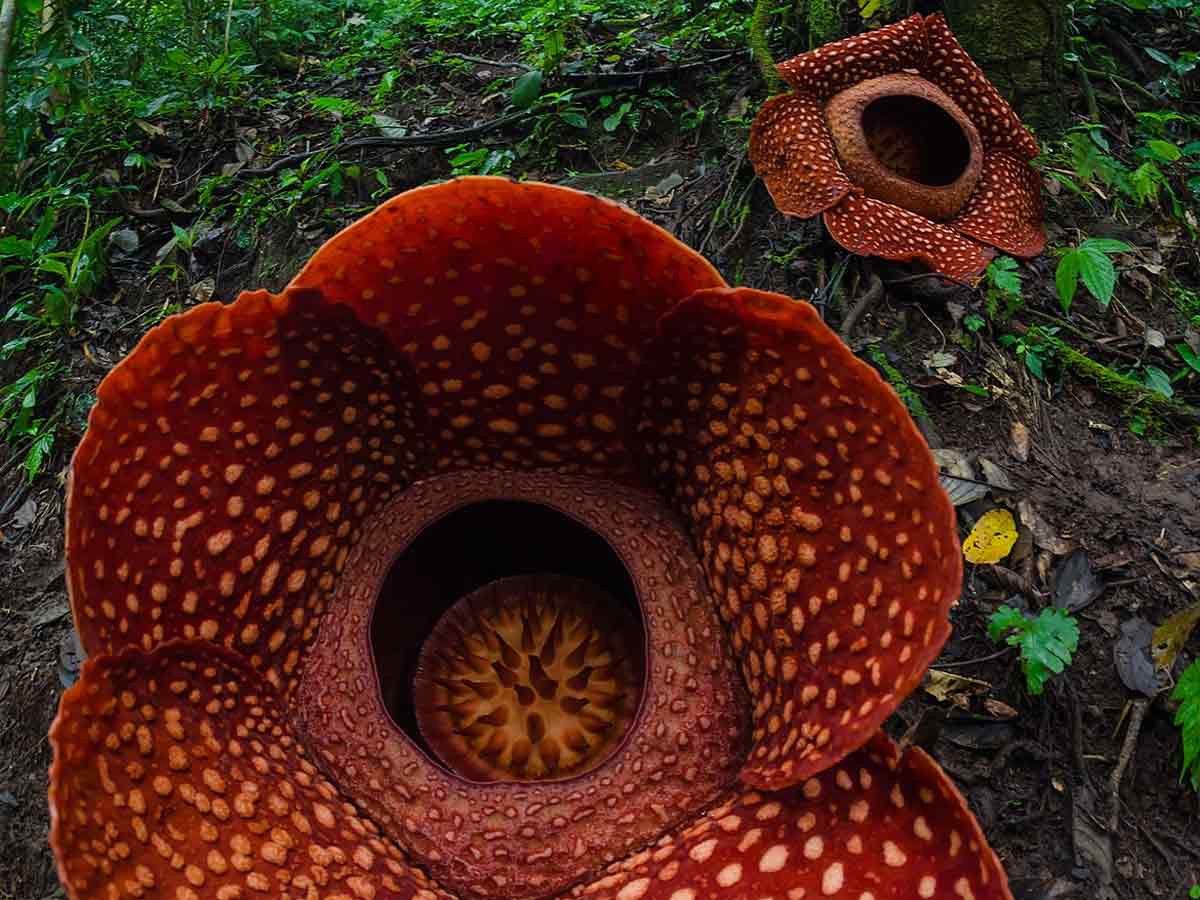 Did you know that there are over 369,000 different types of flowering plants in the world? In this article, I summarized the world’s top six largest flowers. But read on to learn more about these exciting stories!

Flowers have been a part of the ecosystem for millions of years. Their simple, deceptive evolutionary invention of using color and smell to trick insects and animals into doing their bidding has continued and proved highly successful. Flowering plants are now one of the most varied groups of organisms on the globe. These huge bulbs, which are far from garden species, demonstrate how far the adaptations have been pushed.

Aromatic flowers have been shown to relieve discomfort, stimulate innovative thought, and alleviate anxiety in humans. They are believed to raise people’s spirits. That is why they are sent as presents to people.

Flowers are symbols of nature. They are regarded as one of the greatest animals on the planet due to their vibrant colors, forms, and sizes. When they flower, they produce wonderful natural scents.

Flowers look more beautiful whether they are in a greenhouse or in a bouquet. They have been shown to increase the overall quality of life. They improve one’s attitude and have satisfaction.

We thought we’d continue the trend and look at the world’s largest flowers. While you’d be hard-pressed to match all of these largest flowers in your backyard, it’s worth a look.

Let us know about the world’s largest flowers and satisfy your Human Curiosity! 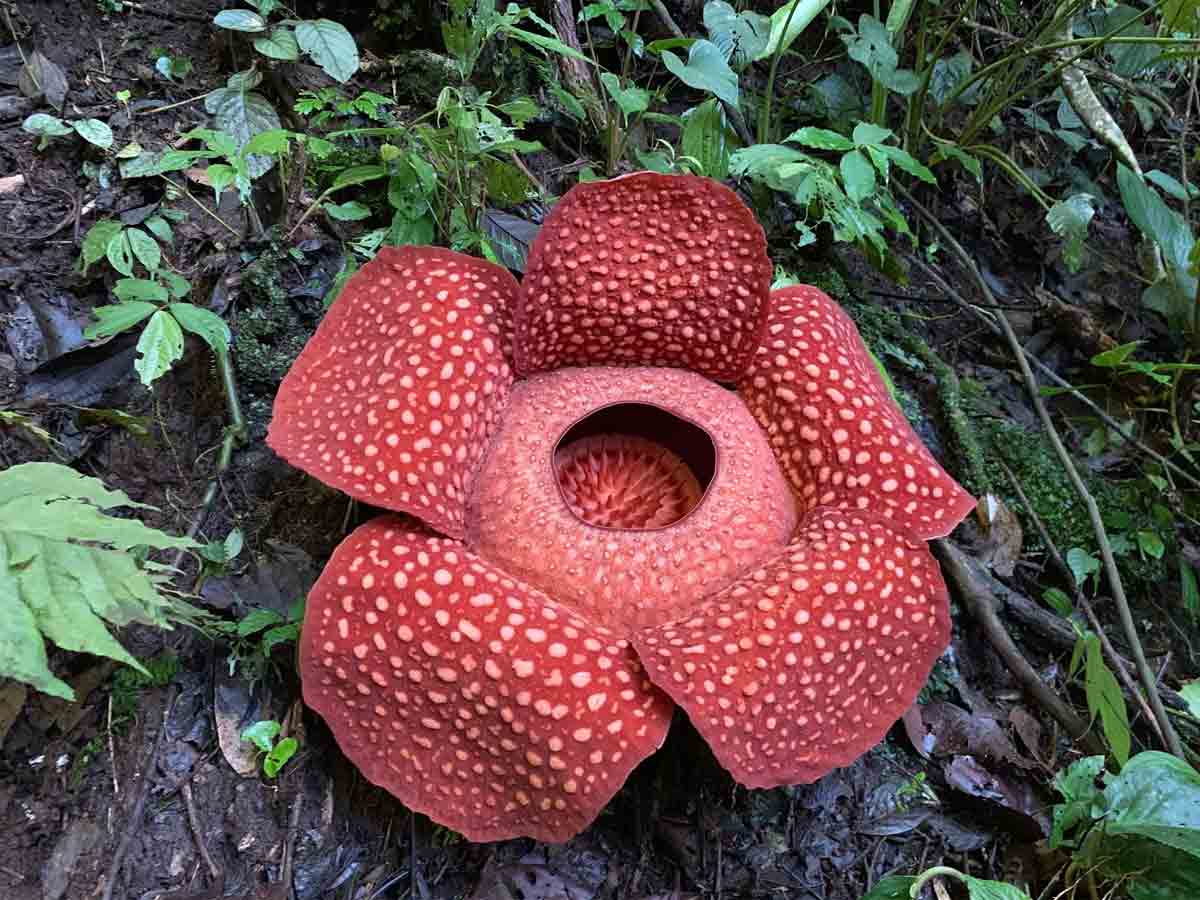 Rafflesia Arnoldi has the largest single bloom of all of the largest flowers. The herb, which is native to the rainforests of Indonesia and Malaysia, can grow up to three feet in diameter and weighs more than 24 pounds.

Rafflesia is known for its fragrance rather than its scale. The big bloom dubbed the “corpse flower” smells like rotting meat—an adaptation created to attract the flies that help pollinate the weed. Rafflesia Arnoldi’s range is quickly declining because the rare flower only develops on the tendrils of the Tetrastigma plant, which grows only in virgin rainforest.

The flowers are extremely unusual because they are unisexual, and good pollination is extremely rare. The plant uses its stink to attract flies and beetles to complete the pollination process, but the pollinators must visit the male flower first, followed by the female flower. 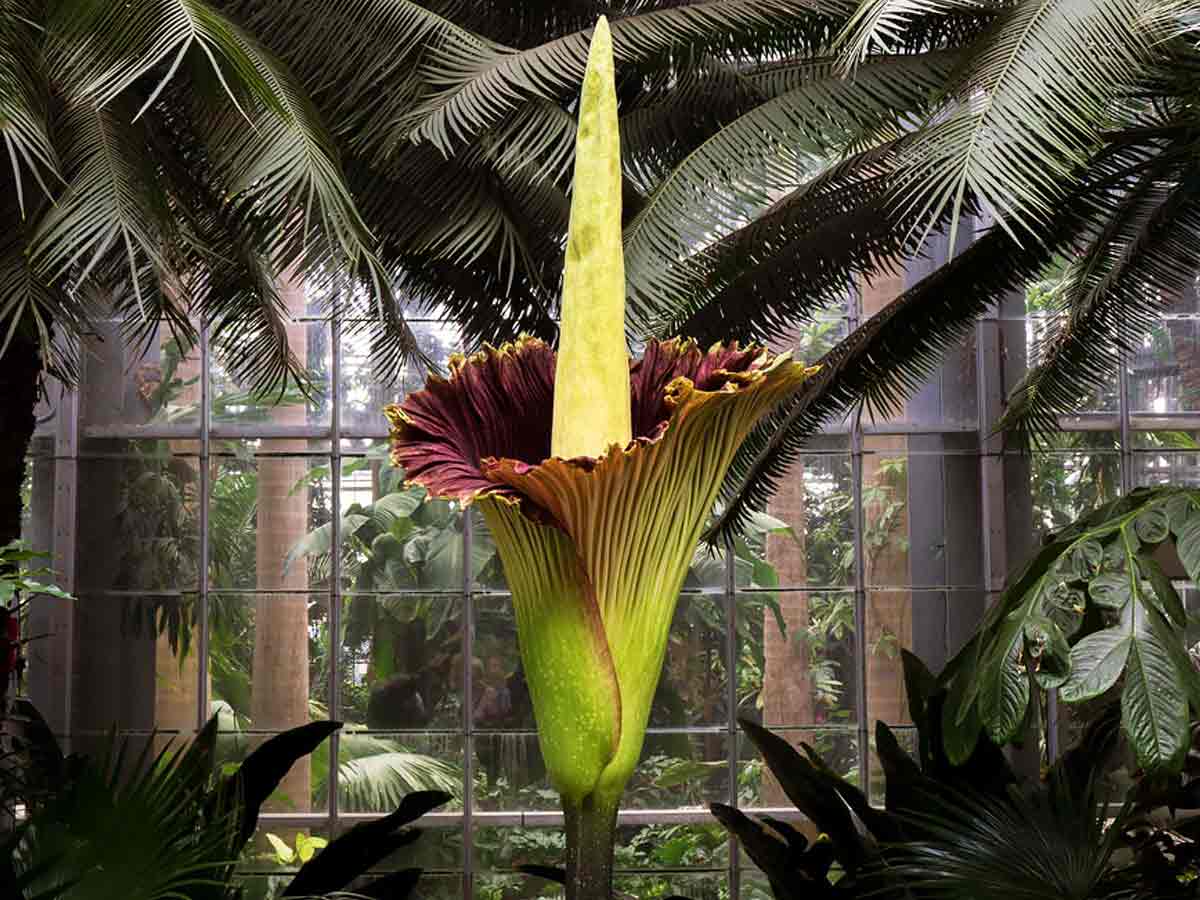 It is not always as easy as counting blooms to award the designation of “largest flower.” Amorphophallus titanum, with an inflorescence that can reach a height of 10 feet, is not a small plant by any means. Unlike Rafflesia, however, this vast structure comprises hundreds of small buds on a single stem rather than a single flower.

The plant is native to Sumatra, Indonesia, and is now grown in gardens worldwide. Nonetheless, both in the wild and in captivity, blooms are rare. Amorphophallus titanum, like Rafflesia, attracts pollinators with the odor of rotting flesh. Hence, the two flowers compete for the moniker “corpse flower” and the title of the largest flower.

It will take between seven and ten years of vegetative growth for the Amorphophallus titanum to bloom for the first time. Then, with each subsequent flowering, it may take the same time. 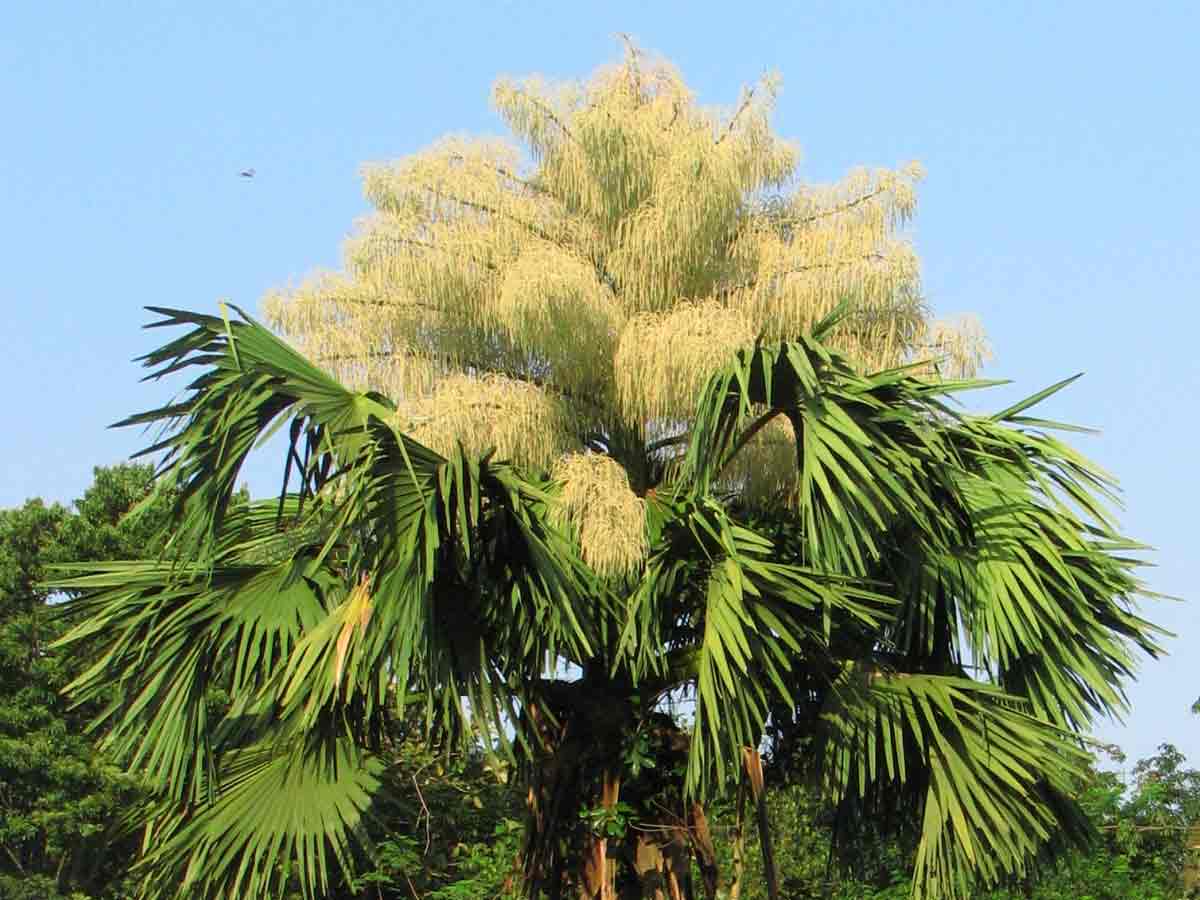 The “Talipot palm,” Corypha umbraculifera, is the largest flowering plant with a branched inflorescence. This literally means that, rather than blooming from a single stem, the Talipot’s flowers bloom from tiny branches connected to the main stalk. This flowering inflorescence is the largest of any plant on the planet, growing to be more than 25 feet long at times.

Corypha umbraculifera is grown in South India, Sri Lanka, and Southeast Asian countries such as Thailand, Myanmar, and Cambodia for palm wine and the leaves thatch roofs and umbrellas for agricultural workers.

Also Read, 8 Hot Springs In India To Enjoy a Warm Bath During The Winters 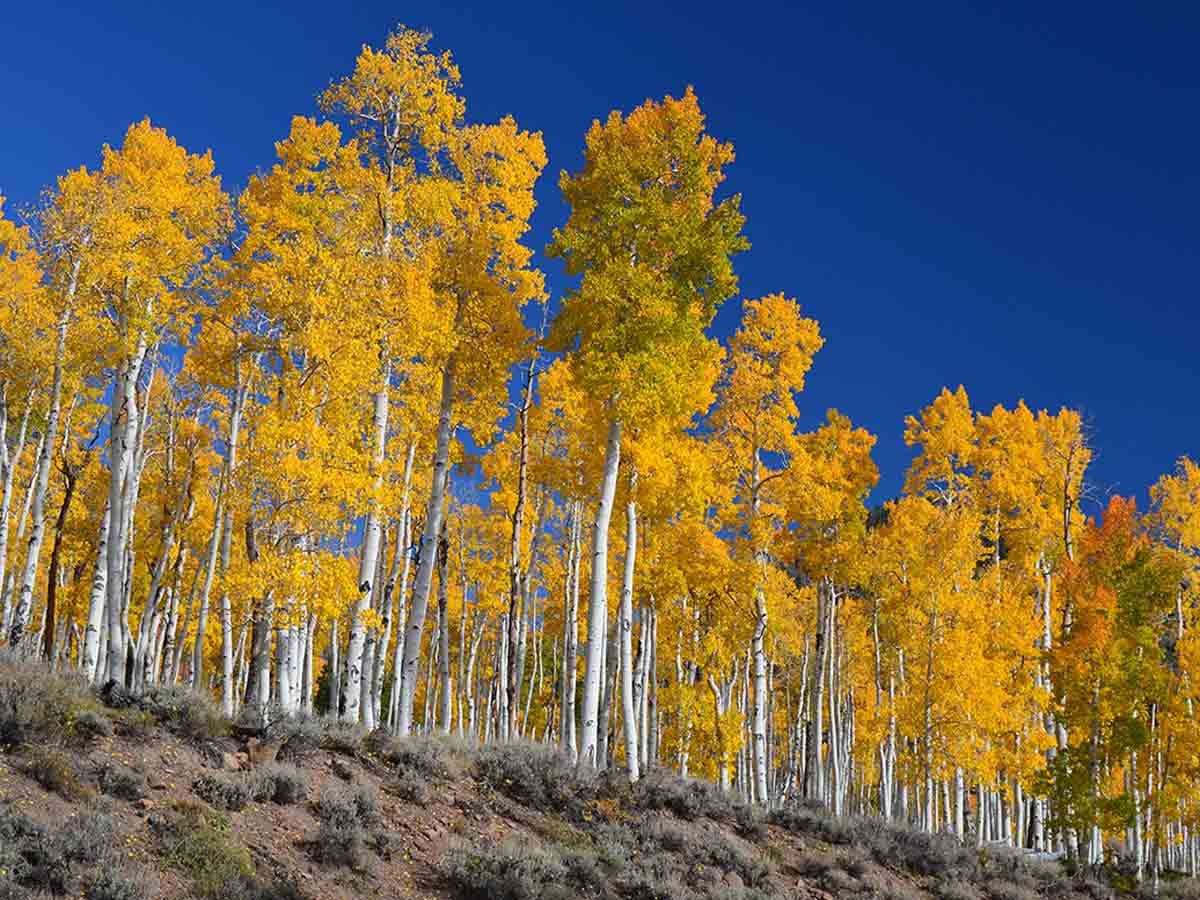 Although quaking aspens are deciduous trees, they do flower—albeit infrequently. Though the blooms are tiny when they emerge, the plant itself may be huge. Pando, a clonal colony of a single male tree that is thought to occupy more than 107 acres in Utah, is perhaps the best example of this. More than 47,000 trees, or roots, sprout from a single root chain that is believed to be over 80,000 years old, making Pando one of the world’s oldest and largest living species. 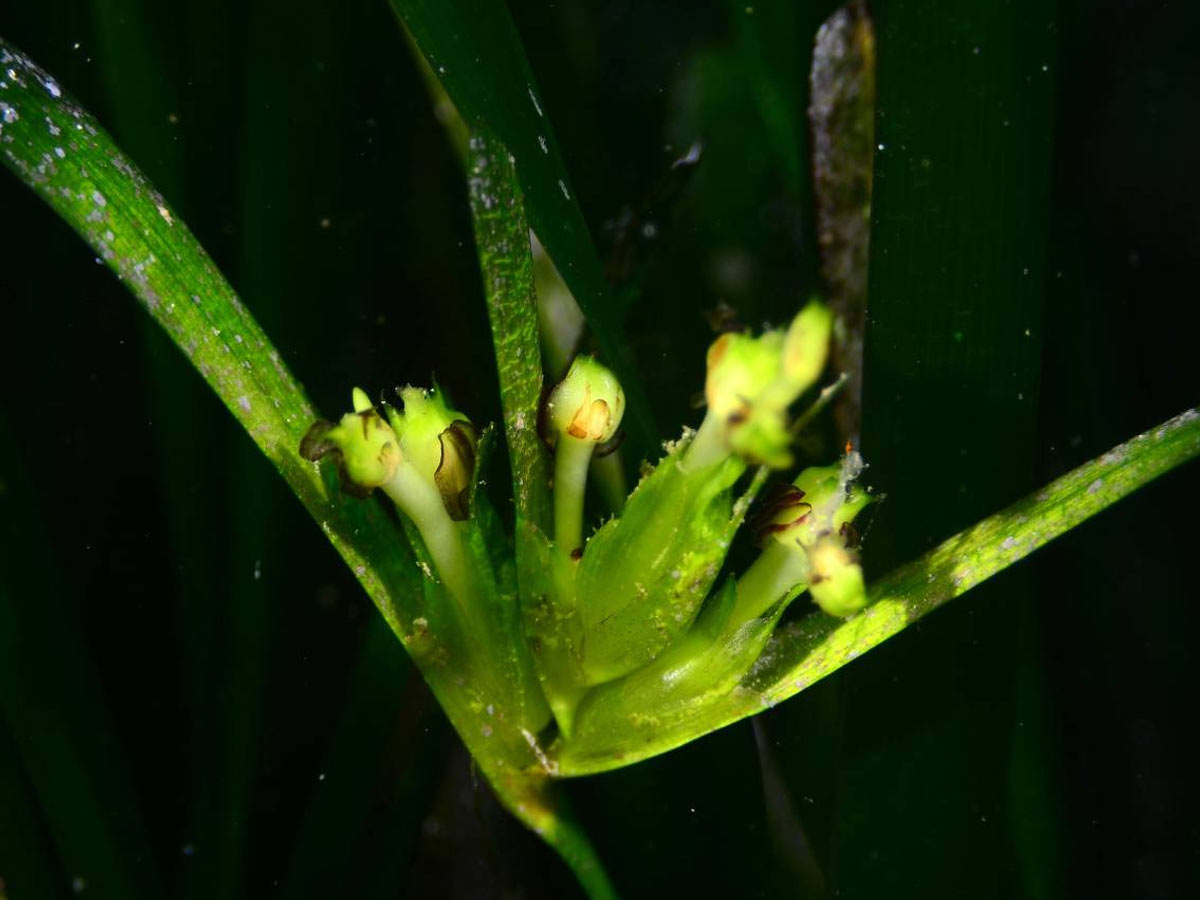 On the other hand, Pando lacks the scale and age of Posidonia, a flowering grass that thrives in the Mediterranean and off the coast of Australia. Posidonia oceanica, like quaking aspen, grows in clonal colonies. One such colony, found in the Mediterranean in 2006, spans approximately five miles and is believed to be over 100,000 years old. 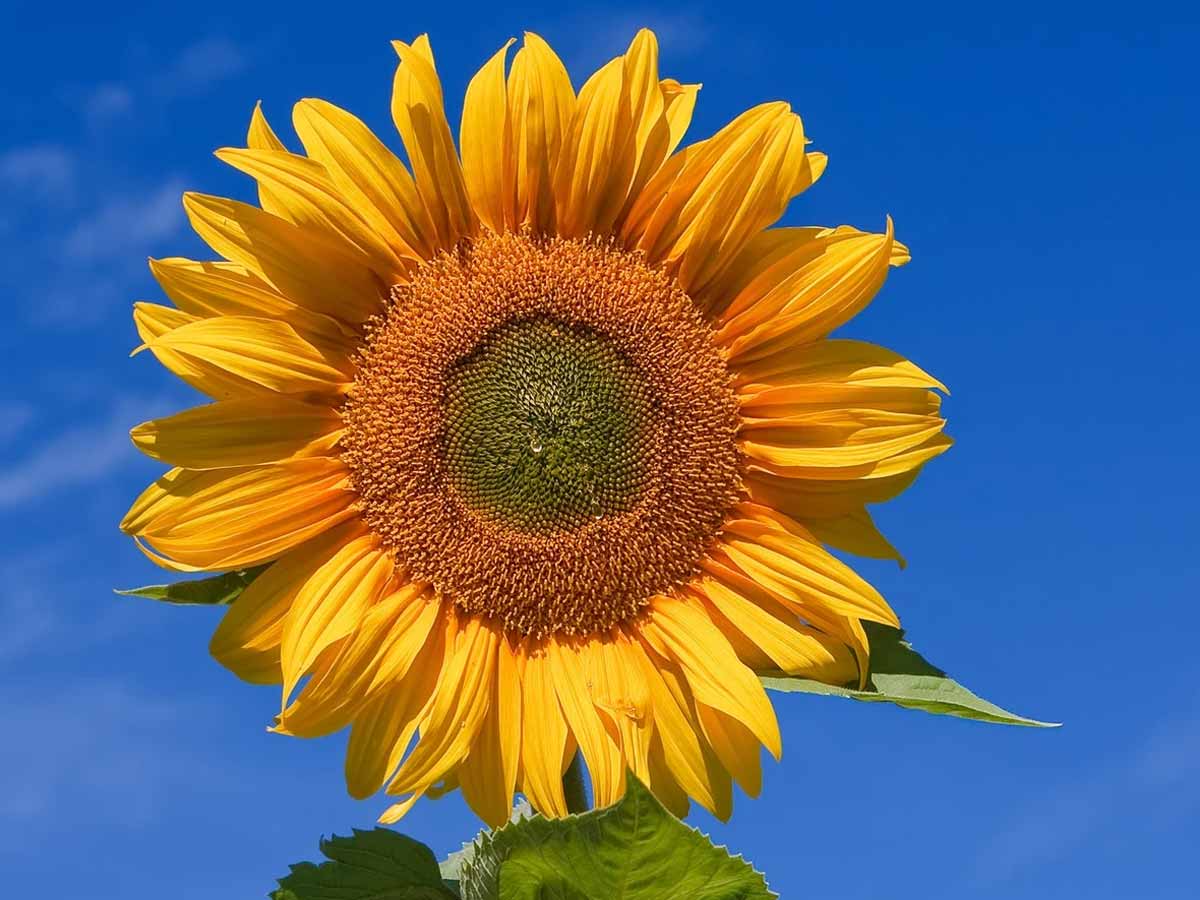 Though the world’s largest flowers are typically found in remote rainforests and botanical gardens, the more popular sunflower is undeniably the largest flower. Sunflowers will grow to be 12 feet tall and more than two feet in diameter if given enough room, sun, and water.

Schiffer is a huge sunflower mastermind, having previously held the title on two other occasions.