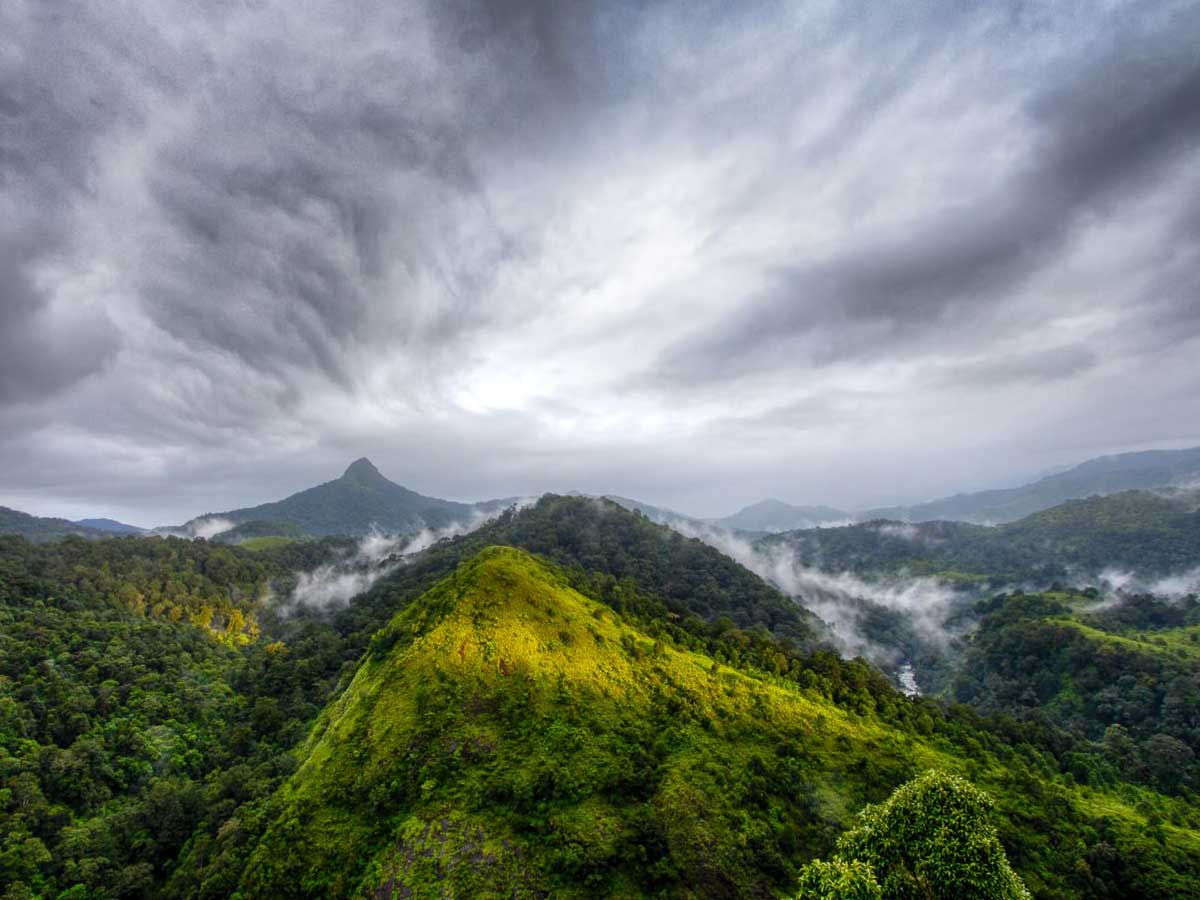 Silent Valley National Park is a strange quiet, accentuated by the absent Cicadas that gave it its name, may make you feel and hear things you never expected. Before people arrived in the Silent Valley a few millennia ago, this tropical rainforest reserve lay undisturbed and serene, like a perfectly concealed gem. In the northeast part of Palakkad district, Silent Valley was only designated as a national park in 1984.

It was given the name ‘Sairandhrivanam’ because it was thought that Sairandhiri (Panchali’s hidden identity in the epic Mahabharata) hid with her five husbands, the Pandavas while fleeing their harsh cousins, the Kauravas. The Kunthippuzha River, which supplies water to the entire forest, was named after Kunthi, the Pandavas’ mother. The Nilgiri Plateau to the north and the Mannarkkad Plains to the south protect it. It is the focal point of the Nilgiri Biosphere Reserve, which is part of the Western Ghats and was designated as a UNESCO World Heritage Site in 2012. 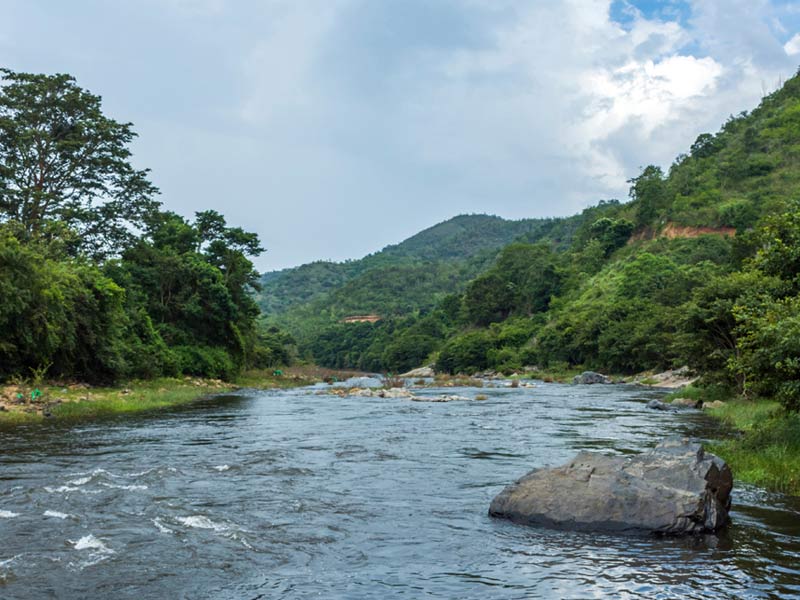 The botanist Robert Wight conducted the first Western examination of the Silent Valley area’s streams in 1857. Because of the lack of cicadas, the region was given the moniker Silent Valley by the British. According to another theory, the name comes from the anglicization of Sairandhri. The presence of numerous lion-tailed macaques (Macaca silenus) is mentioned in a third narrative.

The Silent Valley’s woodland area was designated as a protected forest in 1914. Between 1927 and 1976, forestry operations were carried out in parts of the Silent valley forest region. The location on the Kunthipuzha River near Sairandhri was identified as an attractive site for power generation in 1928. In 1958, the Kerala State Electricity Board undertook a region assessment study and proposed a 120 MW hydroelectric project for Rs. 17 crores.

Also Read, Into the Wilderness of Bandipur National Park 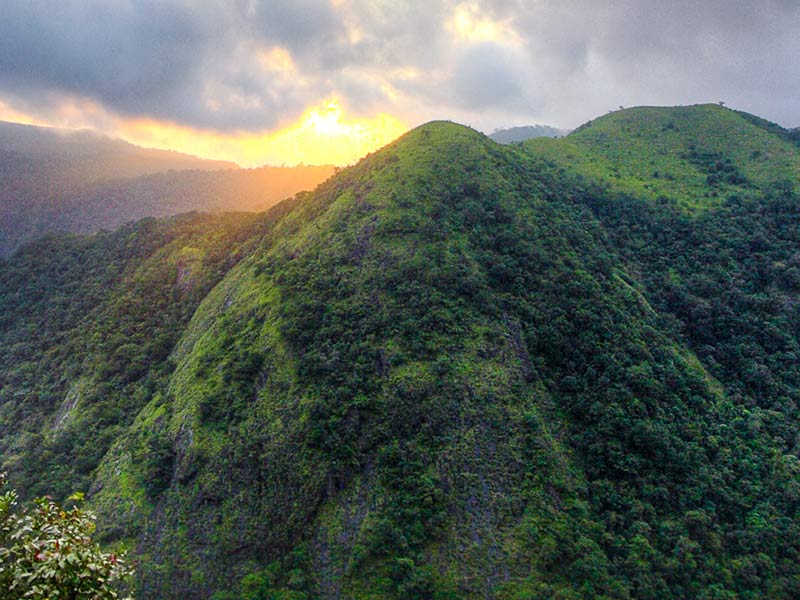 Although there is no evidence that the valley has ever been inhabited, the Mudugar and Irula tribal people are native to the area. They reside in the Attappady Reserved Forest’s neighboring valley. In addition, the Kurumbar people reside in the highest hill outside the park, near the Nilgiris’ southern boundary. Many Mudugar, Irula, and Kurumbar people now work as porters and day laborers.

Some work as forest guards and visitor guides for the Forest Department in the park. Marijuana is grown in 16 of the Attappady range’s 21 tribal communities. Many Mudugar lives in extreme poverty, making them easy prey for the ganja cartel. This is a problem that the government is presently attempting to address.

The Silent Valley National park‘s valley sections are part of an Ecoregion of tropical and subtropical wet broadleaf forests. The South Western Ghats montane rain forests region includes hilly regions over 1,000 meters. Above 1,500 meters, evergreen forests give place to stunted forests known as sholas, mixed with open grassland, both of which are of interest to ecologists since the rich biodiversity has never been harmed by human settlements. Several endangered species are unique to this area. Here, new plant and animal species are frequently discovered.

Flora and fauna present here make one wonder if this ecosystem has been around since the dawn of time. The wildlife diversity is astounding, ranging from tigers, leopards, elephants, snakes, Lion-Tailed Macaques, and Malabar Giant Squirrels to moths, beetles, and toads. Along with them, visitors may witness over 1000 types of blooming plants and 110 species of orchids, all of which mesmerize visitors. There are about 400 species of moths and 200 kinds of butterflies recorded here. The 128 species of beetles are particularly noteworthy since ten of them were previously unknown to humans.

Activities you can try out in Silent Valley National Park. 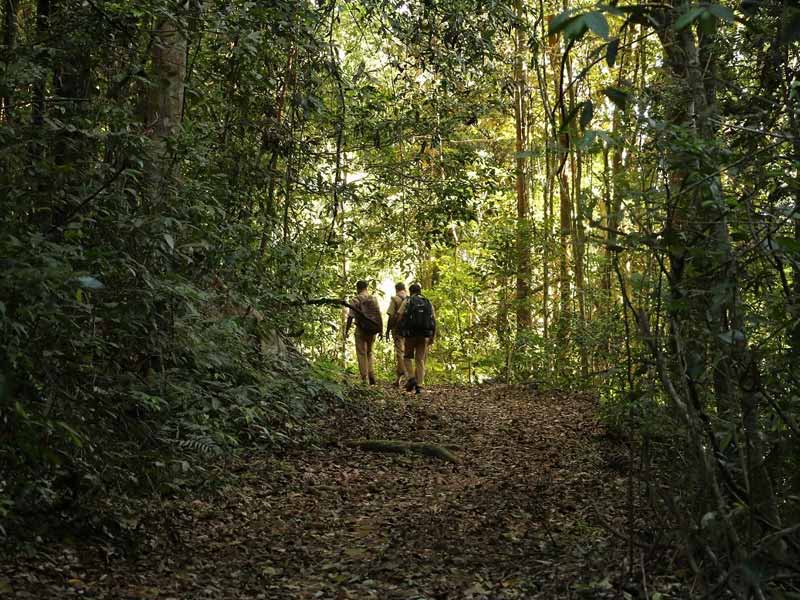 The trek to Kunthi River is one of Silent Valley’s most challenging adventures. You will be taken on a short hike through the forest to the River Kunthi for a boat ride during your safari. The Boommiyampadi Trek is one of the most popular trekking choices in the tourism industry. Bommiyampadi, a lovely little hamlet of surreal beauty right in the heart of the woods, is tucked away approximately 13 kilometers from Mukkali (base camp of the Silent Valley National Park).

The Bommiyampadi eco-tourism is more of a forest hideaway, offering an amazing trek through the lush greenery. It allows guests to stay in a ‘forest front’ cottage while taking a guided tour of the beautiful, untamed forests. It also involves a visit to Attappady’s tribal regions. Visitors can visit Sairandhri the next day after staying in a cabin in the beautiful Bommiyampadi. 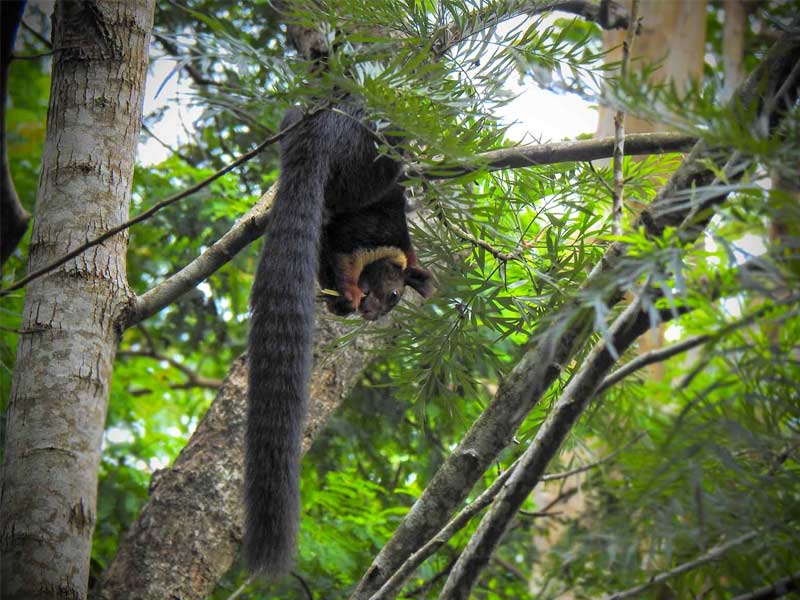 Taking a safari with the aid of native guides or even in your car is the finest way to see the area. It allows you to explore the whole region of the forest, including its magnificent flora and wildlife. Tourists are not permitted to dismount from their cars during the safari, as with all safaris. Only specific areas are permitted to be utilized to stretch one’s legs or obtain refreshments.

You can take the Sairandhri trip if you want a taste of the true Silent Valley National Park. This is a journey to understand the wild, a journey across a lovely stretch of land to experience the Valley’s majesty. The entire journey takes 5 hours, and there is no lodging available within the park. Bathing in the river is banned for visitors. Visitors can go around the park in a vehicle or bus owned by the Silent Valley Forest Development Agency. This package necessitates the hiring of a jeep.

A trip to Silent Valley is the greatest method to thaw out a frozen mind and re-energize your spirit and mind.