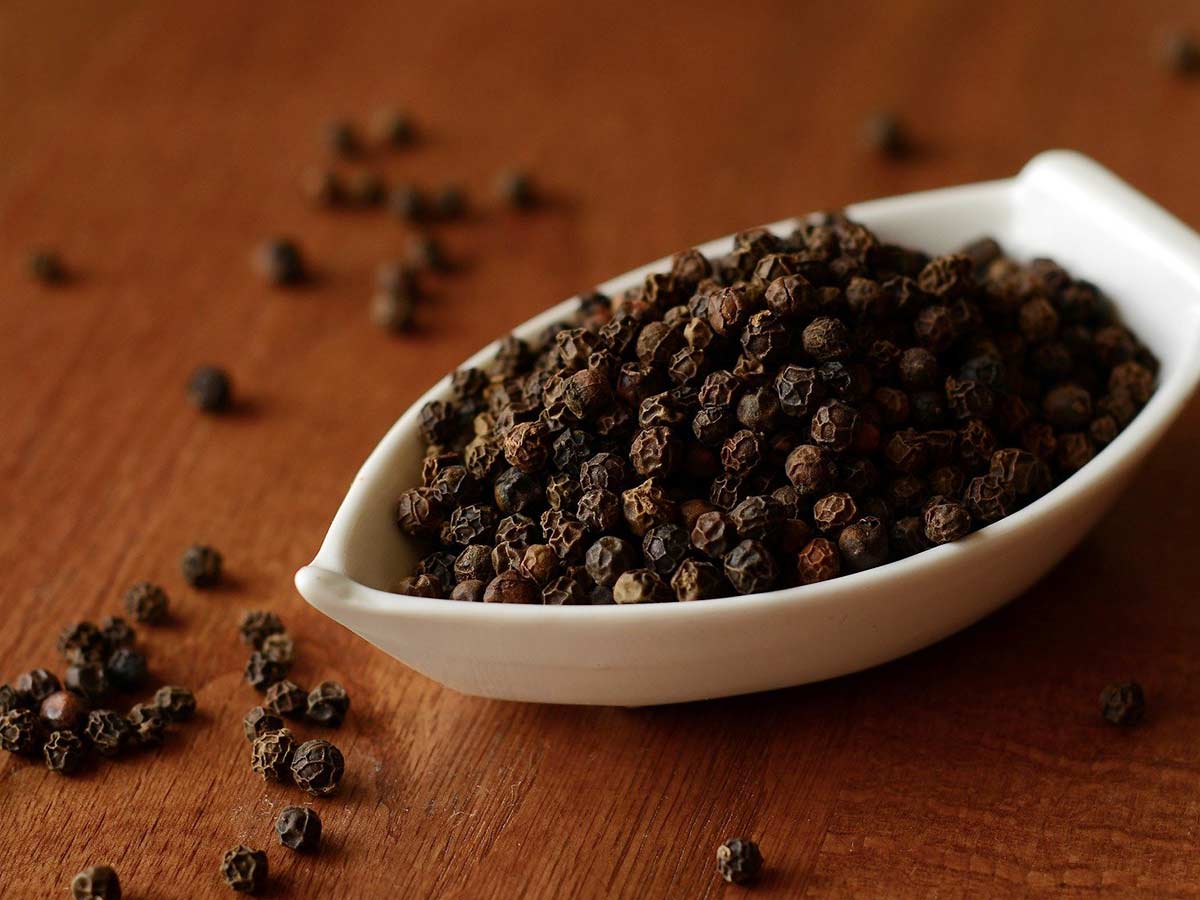 Peppercorns, which are dried berries from the plant Piper nigrum, are ground to make black pepper. It has a crisp, moderately spicy taste that complements a variety of foods. But it is more than merely a culinary ingredient. Due to its high concentration of powerful, beneficial plant components, it has been dubbed the “king of spices.” It has been utilized in traditional Ayurvedic medicine for hundreds of years.

While pepper is native to South India, it is also produced in other tropical nations. It has long been regarded as a significant spice and has played a major role in history. It was also utilized as money in ancient Greece. Later on, it became a major player in the global spice trade. Vietnam is the world’s top producer and exporter of pepper. Following suit are India, Brazil, and Indonesia. Black pepper, which is used in cooking and as a garnish in cuisines worldwide, has several health benefits. Unfortunately, too much black pepper can cause gastrointestinal problems, so individuals should be cautious about how much they use.

There are a plethora of benefits of black pepper. Here are a few of them 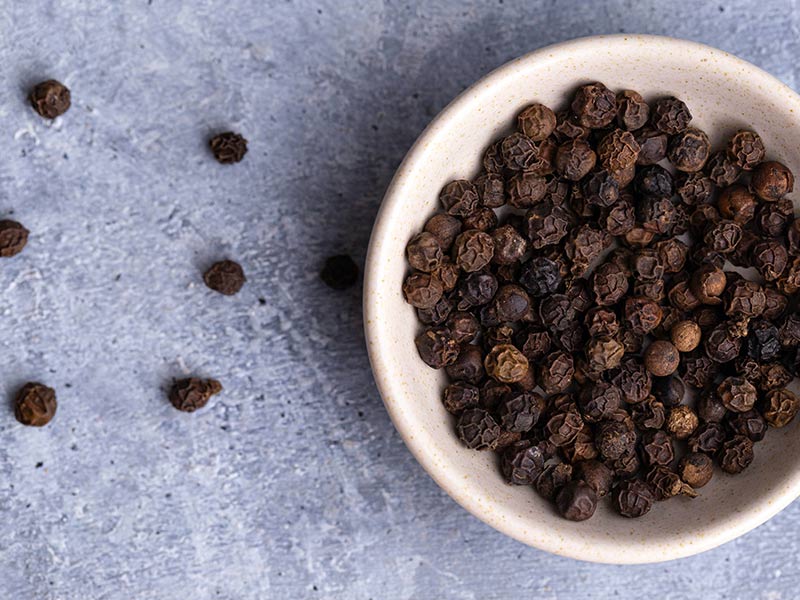 Free radicals are highly reactive chemicals that can harm your cells. Some free radicals are produced in the body naturally, such as when you exercise or eat. On the other hand, excessive free radicals might be generated as a result of exposure to pollutants, cigarette smoke, and ultraviolet radiation. Excessive free radical damage might result in serious health issues. It’s been related to inflammation, accelerated aging, heart disease, and certain malignancies, for example.

Piperine, a plant component found in black pepper, has been shown in test tubes to exhibit significant antioxidant effects. Antioxidant-rich foods may help avoid or postpone the harmful effects of free radicals, according to research. Ground black pepper and piperine supplements have been shown to decrease free radical damage in test tubes in rat experiments. Compared to rats fed a high-fat diet alone, animals fed a high-fat diet adding either black pepper or a concentrated black pepper extract showed considerably fewer indicators of free radical damage in their cells after 10 weeks.

Can prevent Cancer or Treat it

The benefits of black pepper are spread out in a variety of fields. According to researchers, piperine, the main component in black pepper, is thought to have cancer-fighting effects. And it is believed that it helps with Cancer treatment too. The piperine in black pepper is linked to cancer protection, and when coupled with turmeric, it becomes twice as effective. Vitamin C, Vitamin A, flavonoids, carotenes, and other antioxidants are also included in the spice, which eliminates damaging free radicals and protects the body from cancer and illness. Freshly ground pepper, rather than cooked, is the greatest approach to reap the most advantages.

Piperine reduced the multiplication of breast, prostate, and colon cancer cells. It caused cancer cell death in test-tube experiments, despite the lack of human trials. Piperine from black pepper was shown to be the most effective in enhancing the efficacy of conventional treatment for triple-negative breast cancer, the most aggressive cancer form, in another test-tube study. Piperine has also shown promise in laboratory trials for reversing multidrug resistance in cancer cells, which is a problem that reduces the effectiveness of chemotherapy. 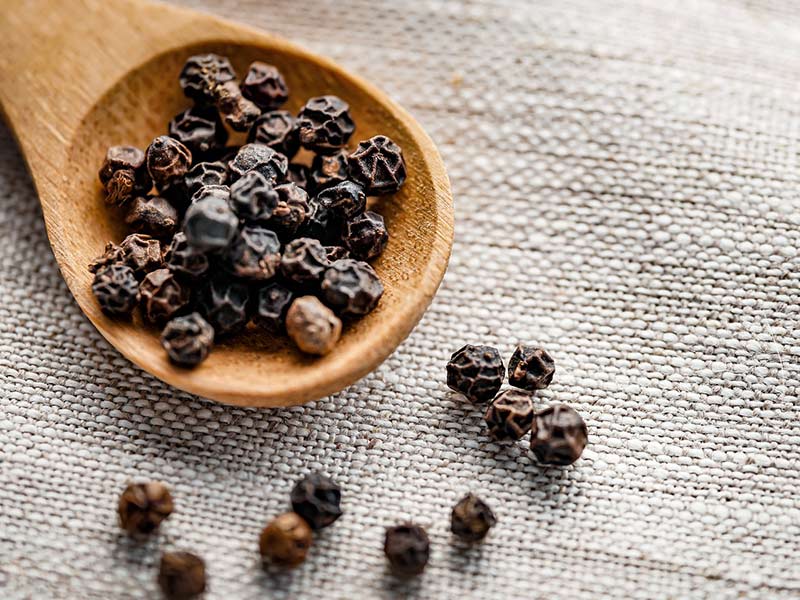 Researchers observed changes in piglets during their developing and fattening stages after randomly assigning them to a diet enriched with or without black pepper. They discovered that pigs fed a meal laced with black pepper had much higher levels of high-density lipoprotein (HDL), sometimes known as “good cholesterol,” than other piglets. According to the researchers, these findings may merit more investigation into the potential benefits of lipid metabolism in humans.

Due to its antimicrobial properties, black pepper aids in the treatment of colds and coughs. It also relieves chest congestion, which is frequently caused by pollution, the flu, or a viral illness. It just takes a spoonful of honey and a pinch of freshly ground pepper to get the job done. You can use it to make steam by combining it with hot water and eucalyptus oil. Black pepper is also an effective antibacterial due to its high Vitamin C content.

Although there isn’t much human research on the anti-inflammatory properties of black pepper and piperine, numerous rodent studies show that piperine may assist in reducing inflammation. For example, researchers discovered that lab mice injected with piperine suffered less inflammation than those injected with doxorubicin, an anti-cancer medication, during one study targeted at understanding whether piperine may decrease heart damage linked with doxorubicin. 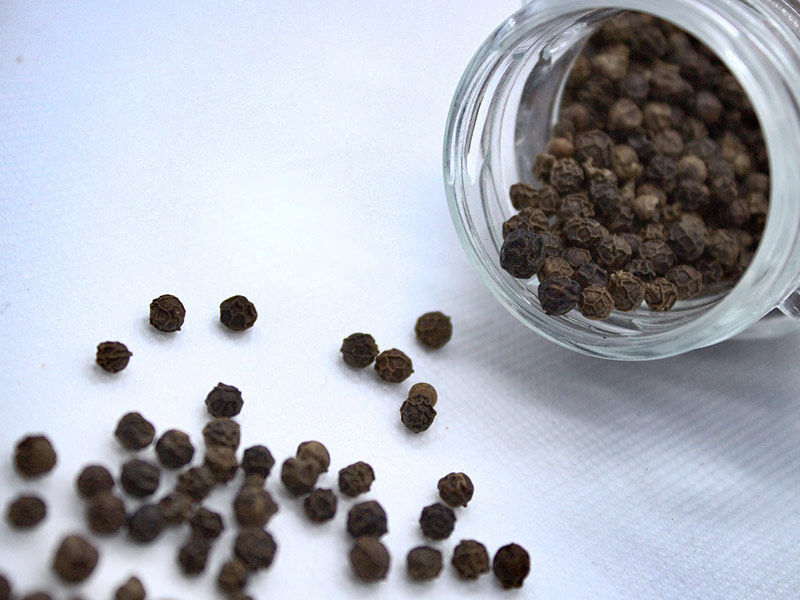 The benefits of black pepper are in the field of weight loss too. When it comes to extracting nutrients from food, black pepper is unrivaled. Its outermost layer also includes phytonutrients, which aid in the breakdown of fat cells while also boosting metabolism. When you consume fresh pepper and start sweating, this is your body’s way of getting rid of extra water and toxins. However, you must exercise restraint in your consumption as too much can cause digestive problems.

Skipping Benefits for your Overall Body and Health