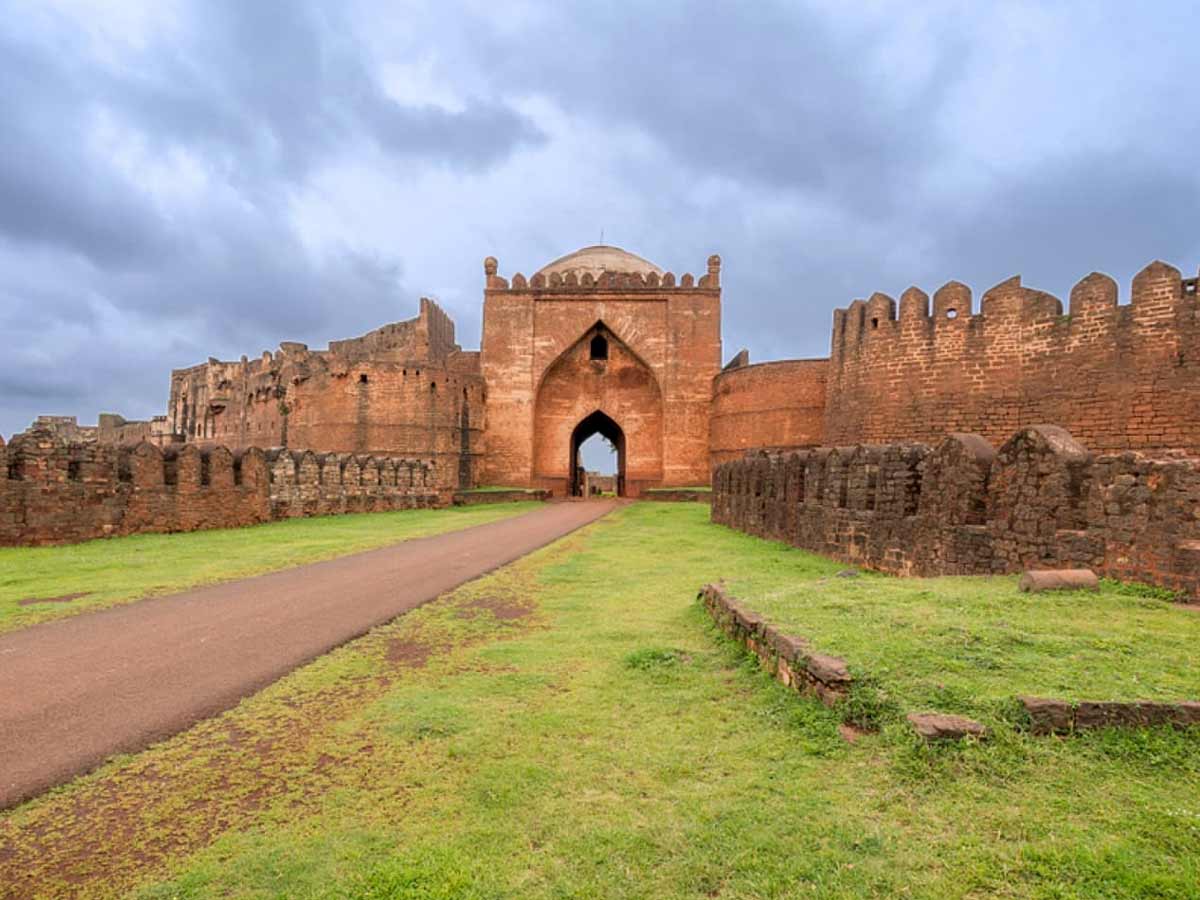 Monuments are just like alarms that remind us of the country’s glorious and significant past. And India is damn lucky in this case, as it has so many such gems in its every nook and corner. From temples and forts with intricate architecture to the beautifully carved tombs and mosques, India has it all. And what else can be more fascinating than having such great pieces to admire and each of them different from others in a single country? Every single monument has its own identity and uniqueness that tells about its story of existence.

One such monument is Bidar Fort, located in the hill-top city of Bidar in the northeastern part of an Indian state, Karnataka. Not only this, the best and most interesting part of the fort is that it resides over thirty monuments of it. This is a perfect place to pay a visit, especially for the history buffs. Let’s study this fort in little detail!

Officially known as Bidar Kote, the stunning Bidar Fort stands tall and holds a great architectural brilliance and historic significance in the city of Bidar, in Karnataka. The fort is a perfectly nostalgic throwback to the majestic and extravagant past of the country. The fort is a reminder of the mighty and strong Southern dynasty that once used to rule this land.

However, it is deserted now but its colorful royal palace, reminiscent of fortifications, bastions, museums, etc. is still reminiscing. Here, visitors can relive the magnificent past of the area and can know the insight details of this Deccan monument.

HISTORY OF THE BIDAR FORT

The magnificent history of the Bidar Fort can be traced back to the 8th century and later it was reconstructed in 1428 AD. The first documented history of the fort first dates back to the era of the Delhi Sultanate. The area of Bidar Fort was invaded by the Muslims, and the fort was captured by Prince Ulugh Khan. Then it was followed by the Tughlaq dynasty in the 14th century under the control of Mohammad Bin Tughlaq.

Then, in the year 1347, the governor of the Sultanate led to a successful revolt and established an individual dynasty. And he changed his name to Ala-ud-din Bahaman Shah from Haan Gangu and then, under his rule, the whole Bidar Fort got renovated.

Also Read, Raigad Fort: The Magnificent Gibraltar Of The East

Bidar fort has stood erect and has witnessed so many historical milestones from the rise and fall of Delhi Sultanate to the division of five Deccan Sultans and finally being won by the Mughal emperor Aurangzeb. Also, the fort went back to the Nizam for a short period somewhere around the 1700s. But when the British came to India, it got under their control and post-independence; the fort came back to the state of Karnataka.

ARCHITECTURE OF THE BIDAR FORT

The architecture of the Bidar Fort is simply incredible. It has hints of Islamic and Persian architecture in every nook and corner. Ahmad Shah, when renovated the fort, he built a stunning royal complex that too inside the proximity of 10 kilometres inside the wall. The fort had full-proof security that is visible through the glacis, triple-layered moat, and the thick, red laterite stone walls. The fort even withstands the attack on it by Aurangzeb.

The fort has 37 massive octagonal bastions that have metal welded cannons that were used to fire at the enemy and the largest among them is the Munda Burj. Even there are seven big arching gates in the fort. The most striking feature of the Bidar fort lies in its historic water supply, a technology that is known to be originated from Persia and is termed as Karez.

STRUCTURES INSIDE THE BIDAR FORT

Rangeen Mahal- In the fort Rangeen Mahal is a sight to behold. It was built by Muhammad Shah at the beginning of the 16th century. This amazing Mahal has been constructed with the ornate tiles of  vivid and bright colors. The Mahal is decorated with pearl engravings on black granite and wood.

Solah Khamba Mosque- Another masterpiece in the Bidar Fort is its Solah Khamba Mosque and this was built by Qubil Sultani from 1423 AD to 1424 AD. The mosque has a central dome above the large arches and sixteen pillars. That is why it has been named so. It is believed that Aurangzeb used to pray here on his visits to Deccan.

The Mahals- Another amazing structure in the fort is The Tarkash Mahals, and it was built for the Turkish wife of a Bahamani Sultan of Bidar around the 14th-15th century. Another mahal is the Gagan Mahal, and this mahal is known for its beauty and security. Takht Mahal is one more Mahal in the fort and it was basically a throne room as it has witnessed the coronation of several Brahmani and Barid Shah rulers.

Diwan-i-Am and Diwan-i-Khas- This is a common notion that such names are associated with one and only The Mughals. This is a high-walled audience hall just near the mosque and was used as a public hearing court. It has intricate trellis work on it and because of it, it is also called Jali Mahal.

Bidar fort can be visited at any time of the year. But as per the experts, the best time to visit Bidar Fort is somewhere between October and March as during these months the temperature of the fort remains pleasant and it becomes easier to explore the fort for the visitors.