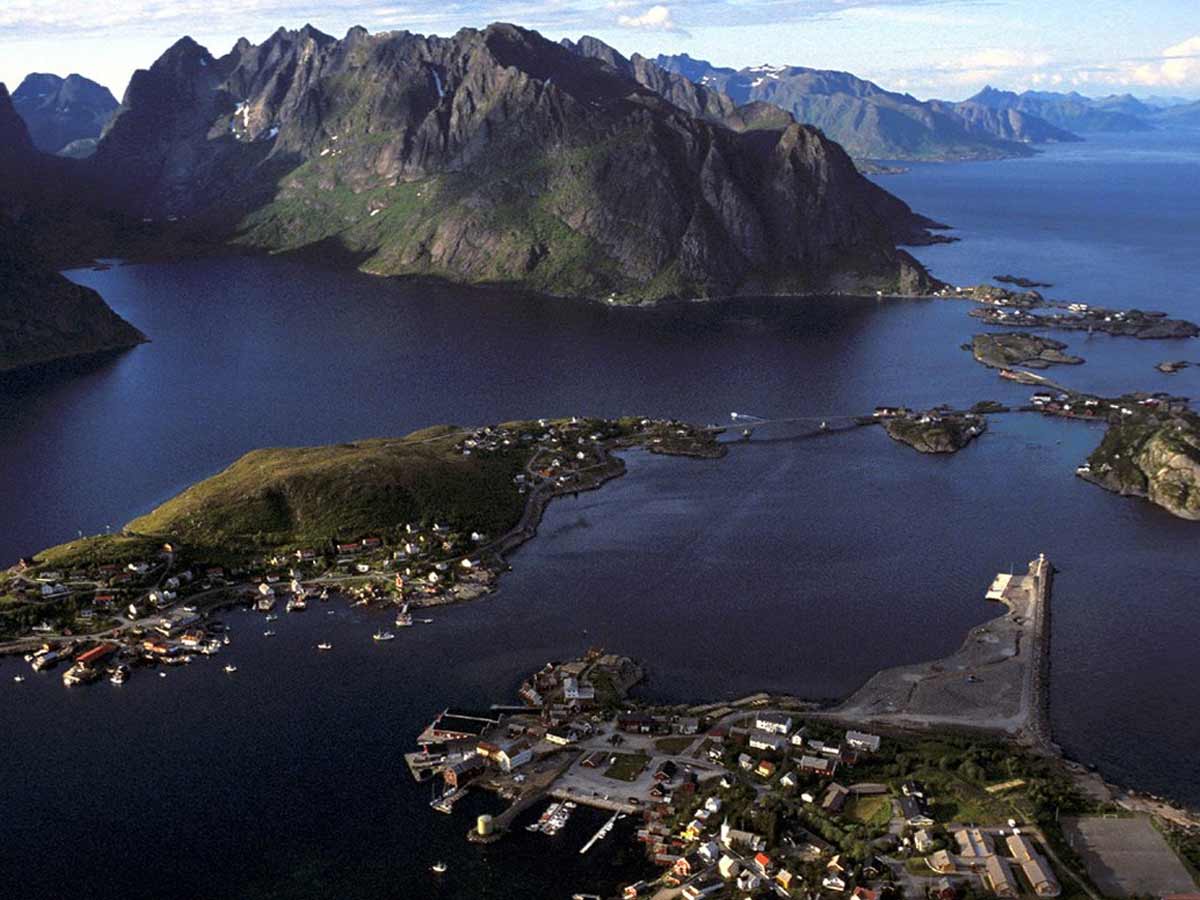 Want to step into a paradise, then the Lofoten Islands of Norway are the best-kept paradise on this planet earth. The dramatic, imposing beauty everywhere you look in the Lofoten islands makes people go crazy and get to make a whole bucket of memories. These picturesque islands are like nowhere else on earth. Far north of the Arctic circle, the Lofoten islands remind each of its visitors that who is the ultimate controller of this magical world, Mother Nature.

The majestic granite mountains, here, hide so many surprises. Lofoten islands know well that how to serve its visitors and offers everything to keep them engaged on this island. From idyllic fishing villages to significant beaches, the Lofoten islands have it all. Let’s know a little more about this picturesque paradise in Norway.

Lofoten islands can be easily spotted on the map. These islands are in one of the narrowest sections of Norway, far into the frigid Norwegian Sea. These beautiful islands are connected by bridges and E10 road that run the length of the archipelago. The main islands in Lofoten group of islands includes Austvagoy, Vestvgoy, Flakstadoy and Moskenesoy. However, sometimes Vaeroy and Rost are also included in the group, but they are miles away from the main archipelago.

The overall weather and climatic conditions on these islands are mild. It is a matter of surprise because it becomes hard to believe that for somewhere on the same latitude as Nunavut in Canada or Murmansk in Russia, the Lofoten islands have mild weather that is the exact opposite. This is because of the Gulf stream, the North Atlantic Current, and the Norwegian current.

On the main island, temperature in winters dips down below freezing, while in summers anything above 16 degrees is warm. However, snow can be witnessed on the mountains in summers too. Also, it is a coastal region, hence, rain is possible all year round.

TOP PLACES AND SIGHTS ON THE LOFOTEN ISLANDS

The whole Lofoten islands are a spectacular sight to witness, but here are some of the particular top sights and places to witness on these spectacular islands.

Lofotodden National Park is one of the top places to witness on the Lofoten islands. This national park is spread in an area over 100 kilometers in the western part of the archipelago. This park has also become Norway’s latest National Park because of the natural habitats and landscapes not found in other protected areas. As with Norway’s other National Park, this park may use the area for outdoor activities that do not harm the environment and wildlife of that area, such as fishing, hunting, and hiking.

Reine, another fantastic place to visit on this island, is an island village with arguably the most spectacular and mesmerizing setting in all Lofoten. The views offered by this village are literally breathtaking. E10 winds cross their way from here and skerries for a couple of miles with the open ocean, mirror-like lakes, and granite peaks visible in every direction. The picturesque village is well-equipped for its visitors. During summers, the cafes and restaurants compete here for the attention of visitors.

Being the largest city on the Lofoten islands, it remains tiny by international standards with a population of about 5,000 people. Also, it is a regional center; the town feels more dynamic than its size actually suggests. Here the visitors can find everything from shopping malls, clothing stores, a cinema, hotels, restaurants, supermarkets, art galleries and so on. It is a perfect place to pay a visit to the Lofoten Islands.

It is a village that is built on several small islands that are dropped into the water from the mighty Vagakallen mountain and is probably one of the best places on the Lofoten islands. Be it winters or summers, this island village is a must-do on the list of activities in the Lofoten islands. The village homes some of the stunning art galleries and mesmerizing waterside views. It can be reached by boat or by road. The village is home to one of the most picturesque football in the world.

Stamsund is a traditional fishing village with a population of just 1,000 but enjoys a vibrant and cultural life. The local theatre groups and artists can be given credit because they play a major role in promoting the cultural values in the village. There is a lot to see and do in this village than you might expect.

To experience the Viking lifestyle, Lofotr Viking Museum is one of the best places. It is believed to be the site of great importance during the Viking era. The major highlight of this museum is its reconstructed longhouse atop a hill. Archaeological digs show it is the chieftain’s home once stood there. In summers, crafting activities and so many outdoor Viking games take place on some of the selected days. In the evenings, the local chieftain and his wife invite guests for an authentic Viking feast, complete with mead, songs, and storytelling around the open fire.