Home Innovation & Tech Science What is Genome Editing? Everything you Need to know… 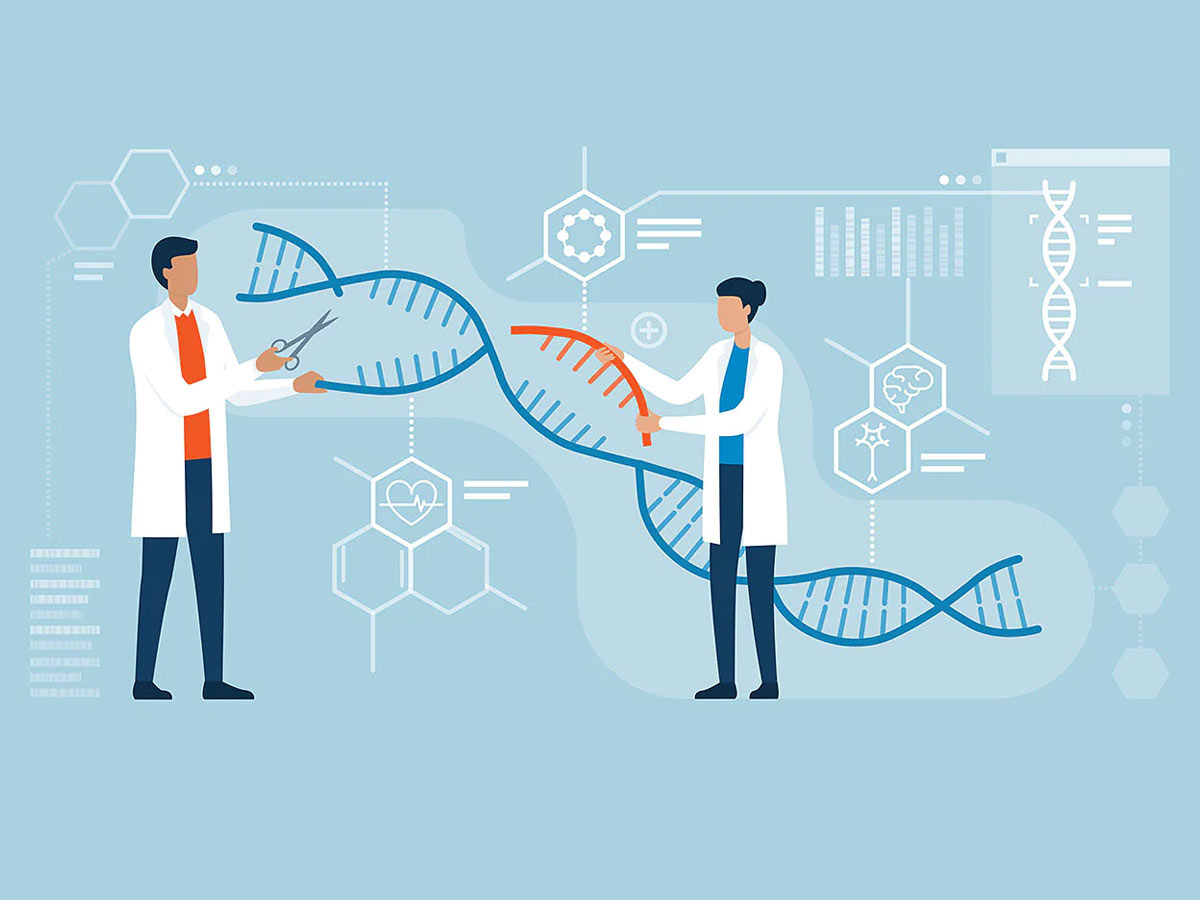 Genes and DNA are a complicated part of Biology, but at the same time, they are of utmost importance. Every single baby born in this world has his/her own unique DNA, which contains genes and traits of the parents. No two people can have exactly the same DNA. But the developing technology and science have made it possible to change the DNA of any organism, and the technique used to change the DNA of the organisms has been named Genome Editing. Genome Editing is not known by many but is an important part of the science that should be known by all. And this blog is an attempt to make people aware of this new technique called the Genome Technique.

WHAT IS A GENOME EDITING TECHNIQUE? 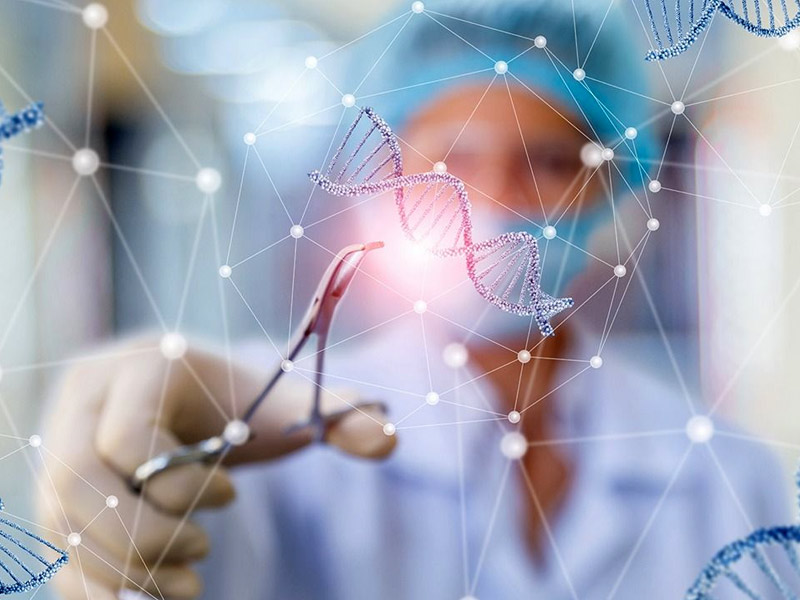 The genome technique is a technique that lets scientists change the DNA of organisms, including plants, animals, and bacteria. This change or editing of the DNA leads to changes in a person’s physical traits, such as the color of the eyes, and curing or preventing the other risks. Scientists use different techniques to do the same. Basically, Genome editing is a technique that efficiently and precisely modifies the DNA within the cells.

With a particular enzyme called ‘engineered nucleases,’ the cells are cut at specific DNA sequences. Genome editing can be used to add, remove or alter the DNA in the genome. Genome Editing can change the characteristics of cells or an organism.

USE OF GENOME EDITING 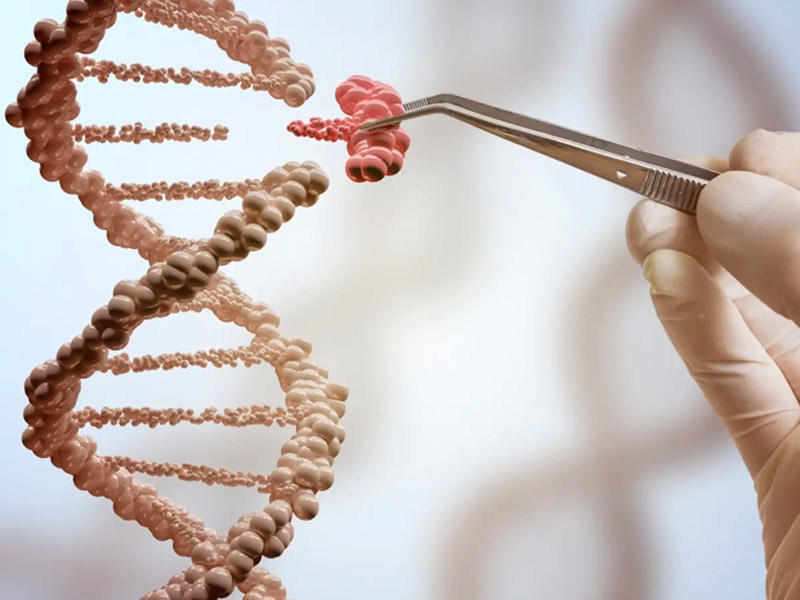 Genome Editing involves the modification of the human blood cells and then are inserted again into the body. This helps in treating the conditions like AIDS and Leukaemia. Many other diseases such as MRSA or some simpler genetic conditions like hemophilia or muscular dystrophy.

Genome editing begins with an enzyme called ‘engineered nuclease,’ which cuts the genome at a specific place. The enzyme comprises two parts a nuclease part that helps cut DNA and the other part that targets the DNA and guides the Nuclease part to a specific sequence of DNA. Once the DNA gets cut at a specific place, the cell naturally repairs the cut. And the procedure of repair can be manipulated by the scientists, and changes or edits can be made to the DNA in that location in the genome.

Also Read, What is the Einstein Rosen Bridge?

Genome Editing sounds easy, but in actual it is definitely not. For almost 70 years, scientists have spent their precious time trying to uncover the ways to edit the genome. Here are the 4 successful techniques of Genome editing till now-

The first ability to edit the DNA developed with the discovery of Restriction Enzymes in the 1970s. In this Genome editing technique, the Restriction Enzymes recognize specific patterns of the sequence of nucleotides and cut them at the site, making an opportunity for the scientists to insert a new DNA material at that location. However, restriction enzymes are not very common in Genome editing these days but are widely used for molecular cloning. 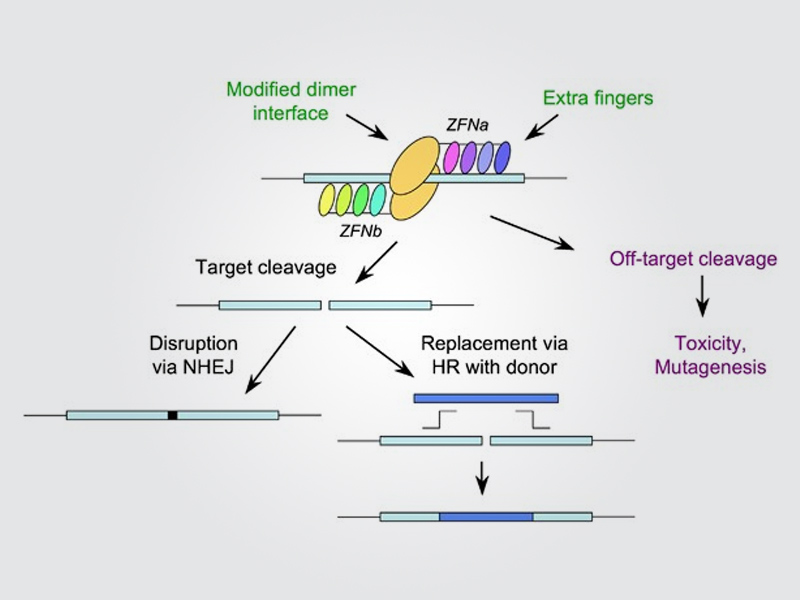 As time gradually passed, the need for precision in genome editing became more evident. The scientists were now in need of a technique that recognizes the site they wanted to edit. And the discovery of Zinc Finger Nucleases solved the purpose in the year 1980s. ZFNs are basically composed of two parts- an engineered nuclease fused to zinc finger DNA-binding domains. This finger DNA recognizes 3 base pairs on DNA and can be combined to recognize a larger sequence. ZFNs have shown promising results in the field of medicine. Moreover, ZFNs are being used to edit the tumor-infiltrating lymphocytes as a treatment strategy for metastatic melanoma.

In the year 2011, a new technique for Genome Editing was developed as an improvement over ZFNs. In this technique, there is the use of Transcription activator-like effector nucleases (TALENs), which are similar to ZFNs in terms of structure. Both of them use Fokl nuclease to cut the DNA. However, the DNA binding domains differ. But even a single-nucleotide resolution using the TALENs is cost and time-intensive. But, with TALENs, we got a new ray of hope and a great improvement in genome editing technology. 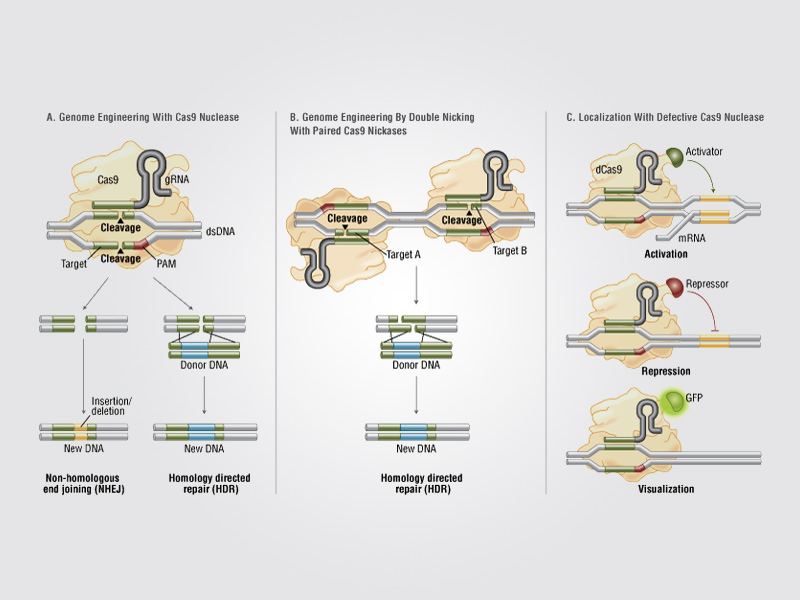 However, the research didn’t stop at TALENs it continued, and the result is CRISPR-Cas9. CISPR-Cas9 plays a role in adaptive immunity bacteria. In bacteria, the type II CRISPR-CAS9 system protects the DNA from invading plasmids and viruses via RNA-guided DNA cleavage by Cas proteins. By delivering the Cas9 nuclease complexed with a synthetic guided RNA into a cell, the cell’s genome can be cut at the desired location. This allows the existing genes to be removed or to be added in vivo, living organisms.

This is how genome editing takes place and is done, and this is what is known until now about Genome editing.