Home Innovation & Tech Science What is the Einstein Rosen Bridge? 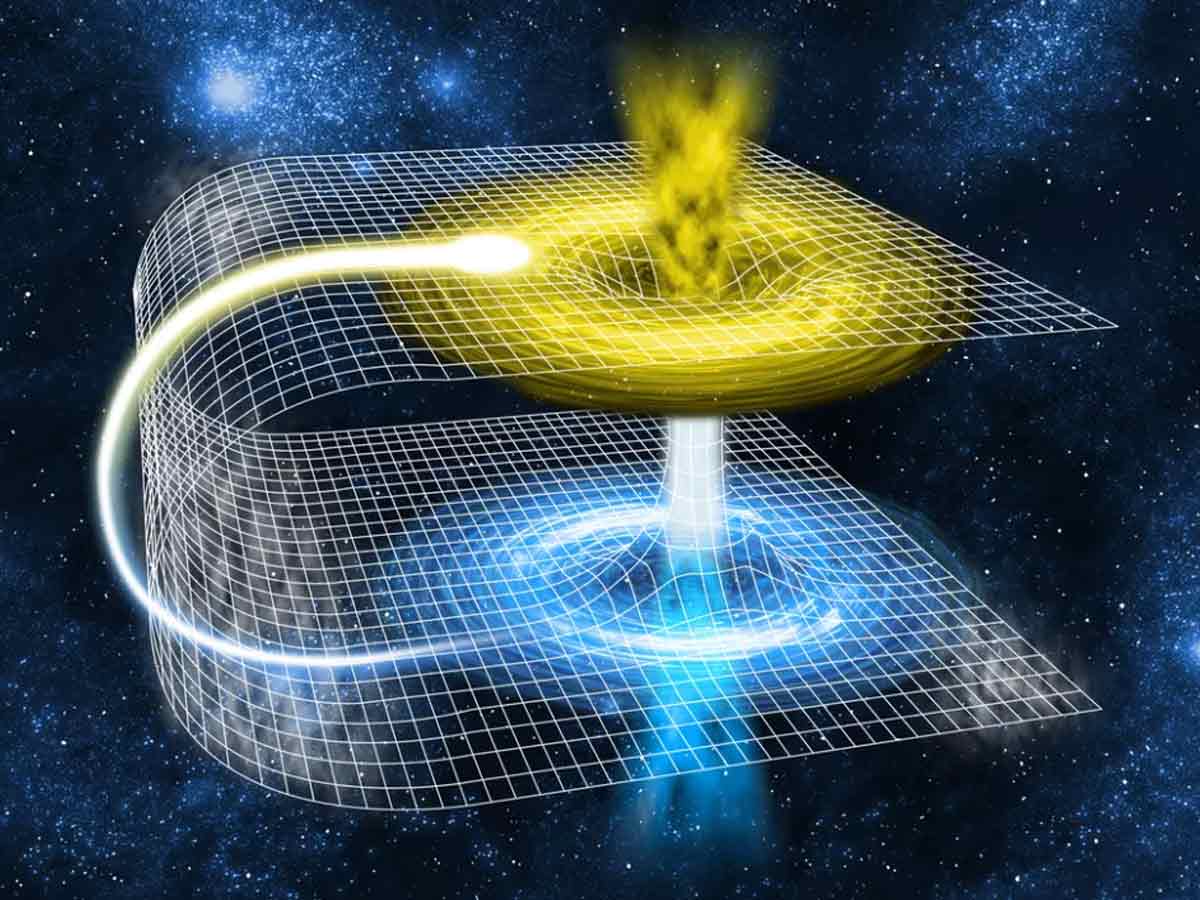 According to the Einstein Rosen Bridge hypothesis, a theorized tunnel through space-time might offer shortcuts for long travels throughout the cosmos. Einstein Rosen Bridges are predicted by general relativity theory. But be cautious: wormholes pose the risks of abrupt collapse, intense radiation, and hazardous interaction with unusual materials.

Einstein Rosen bridges (wormholes)—hypothetical objects that topologically connect distinct places in the Universe—are proven to be static Einstein equation solutions. The relevant bridge equations are simplified to a form that allows for easy analysis and numerical solution. The substance creating the bridge must have an equation of state that is sufficiently rigid and anisotropic. In general relativity, our results are contrasted to a previously known analytic solution for a bridge, which is a specific instance of the general solution. The bridge’s deflection of photons (gravitational lensing) is investigated. 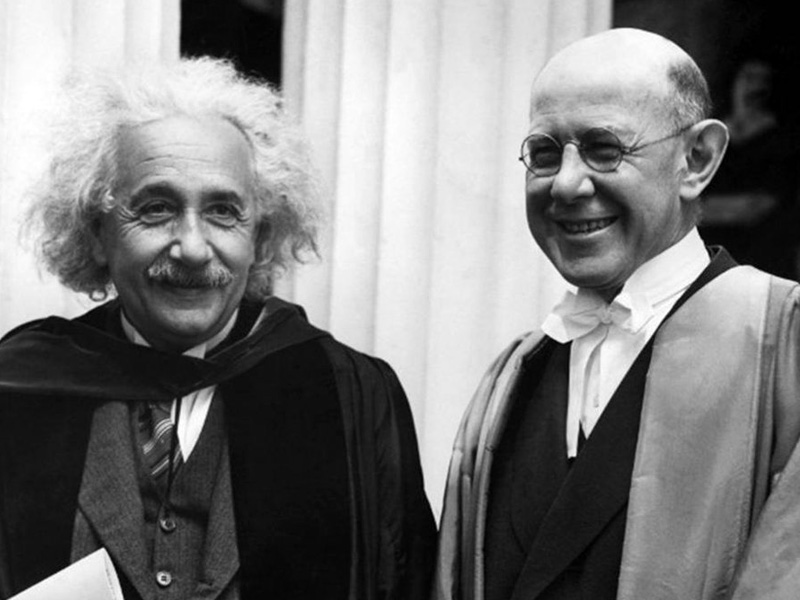 Wormholes were originally postulated in 1916, but they were not named such at the time. While studying another scientist’s solution to the equations in Albert Einstein’s theory of general relativity, Austrian physicist Ludwig Flamm discovered there was another alternative. He talked about a “white hole,” a possible temporal reversal of a black hole. A space-time conduit may connect the entrances of both black and white holes.

In 1935, Einstein and scientist Nathan Rosen expanded on the concept with general relativity, proposing the possibility of “bridges” spanning space-time. These bridges connect two places in space-time, potentially establishing a shortcut that reduces travel time and distance. These shortcuts were dubbed Einstein-Rosen bridges or wormholes.

“The whole idea is highly speculative at this moment,” Stephen Hsu, a theoretical physics professor at the University of Oregon, told LiveScience. “No one believes we’ll locate an Einstein Rosen Bridge anytime soon.”

Also Read, Proxima B: The Most Habitable Planet after Earth

Einstein Rosen Bridges have two mouths that are connected by a neck. The mouths would very certainly be spheroidal in shape. The neck may be a straight length, or it could curve about, taking a longer journey than a more traditional approach would.

Although Einstein’s general theory of relativity theoretically predicts the existence of Einstein Rosen Bridges, none have been observed yet. A negative mass wormhole may be identified by the way its gravity affects light passing through it.

Through the Einstein Rosen Bridge 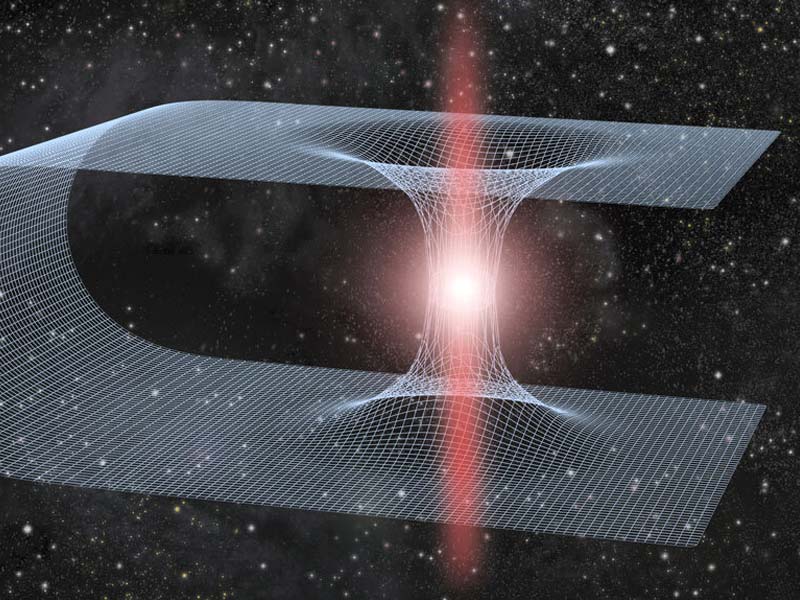 Certain general relativity solutions allow for the creation of wormholes, each with a black hole at its mouth. A naturally existing black hole, created by the collapse of a dead star, does not create an Einstein Rosen Bridge by itself.

The first issue is one of scale. Primordial wormholes are thought to occur at minuscule scales of 10–33 cm. However, as the cosmos grows, some may have been stretched to greater sizes.

Another issue is stability. Because Einstein-Rosen Bridges collapse so fast, they are worthless for travel.

“Some highly exotic sort of stuff would be required to stabilize a wormhole,” Hsu explained, “and it’s not obvious if such matter exists in the universe.”

Recent studies, however, discovered that the Einstein Rosen Bridge containing “exotic” stuff may remain open and unchanged for long periods.

Exotic matter, which should not be confused with dark matter or antimatter, has high negative pressure and a high negative energy density. As part of quantum field theory, such matter has only been observed in the behavior of specific vacuum states.

If a wormhole contained enough exotic stuff, whether naturally occurring or man-made, it might be utilized to transmit information or passengers through space. Unfortunately, human travel in space tunnels may be difficult.

“The jury is still out, so we just don’t know,” said physicist Kip Thorne, one of the world’s foremost specialists on relativity, black holes, and wormholes. “However, there is significant evidence that Einstein Rosen Bridges, through which a human may travel, are prohibited by physical rules. That’s sad, and it’s awful, but that’s the way things are going.”

Einstein Rosen Bridges may link not just two different areas of the Universe but potentially two entire worlds. Similarly, some scientists believe that moving one of a wormhole’s mouths in a certain way might allow for time travel.

“Through traversable wormholes, you can go into the future or the past,” astronomer Eric Davis told LiveScience. But it would not be easy: “A Herculean effort would be required to transform a wormhole into a time machine. It’ll be difficult enough to create an Einstein Rosen Bridge.”

However, British cosmologist Stephen Hawking claims that such usage is not conceivable. Although the addition of exotic matter to a wormhole may stabilize it to the point that human passengers may travel through it safely, the addition of “ordinary” matter may be enough to destabilize the gateway.

Even if Einstein Rosen Bridges might be discovered, today’s technology is insufficient to grow or stabilize them. On the other hand, scientists continue to investigate the notion as a means of space travel in the hope that technology may someday be able to use them.

We would require super-super-advanced technology. Humans will not be doing this in the foreseeable future. 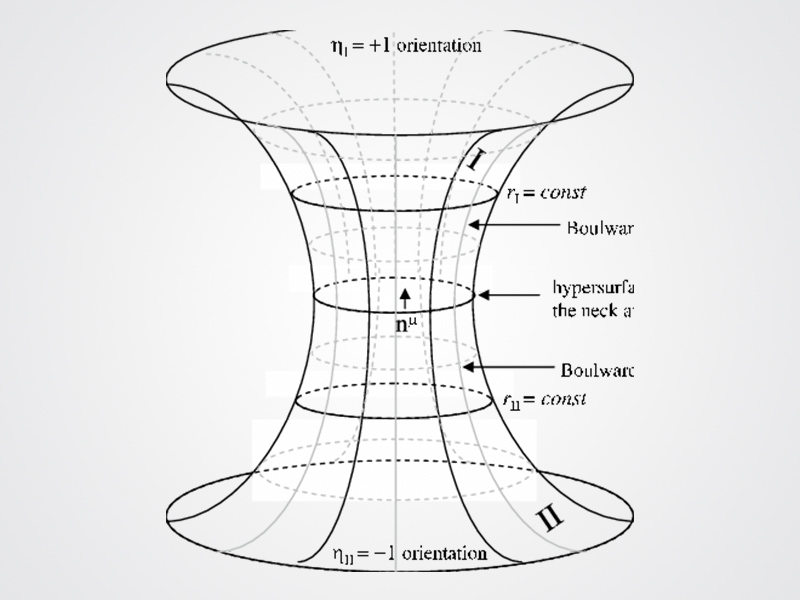 Albert Einstein presented his general theory of relativity, a clearly defined explanation of gravity that precisely describes how things will attract one another and impact the space and time around them, in 1915. Many years later, John Wheeler, an American physicist, would create the expression “space teaches matter how to move, and matter tells space how to curve.” Einstein described gravity as an embodiment of space-time curvature. General Relativity is a continuous field theory conversely to the particle theory of matter, leading to quantum mechanics.

Einstein also contributed to the advancement of quantum mechanics, the theory that describes subatomic particles. However, he was dissatisfied with its inherent ambiguities and probabilistic nature. So, in 1935, Einstein collaborated with Nathan Rosen to develop a field theory for electrons based on general relativity. The title of their work was “The Particle Problem in General Theory of Relativity.”

Einstein and Rosen were looking at the feasibility of an atomistic theory of matter and electricity that, except discontinuities (singularities) in the field, used no additional variables outside the description (metric) of general relativity and Maxwell’s electromagnetic theory. One of the ramifications was that the most elementary charged particle was discovered to be one with zero mass.

In the end, they came up with something very unique. It began with the equations for spherically symmetric mass distribution, previously utilized for black holes and known as the Schwarzschild solution.

This solution was a mathematical depiction of physical space as two asymptotically flat sheets linked by a bridge or a Schwarzschild wormhole with a ‘throat.’ This joins the two sheets. By extension, two distinct portions of the actual, three-dimensional cosmos. 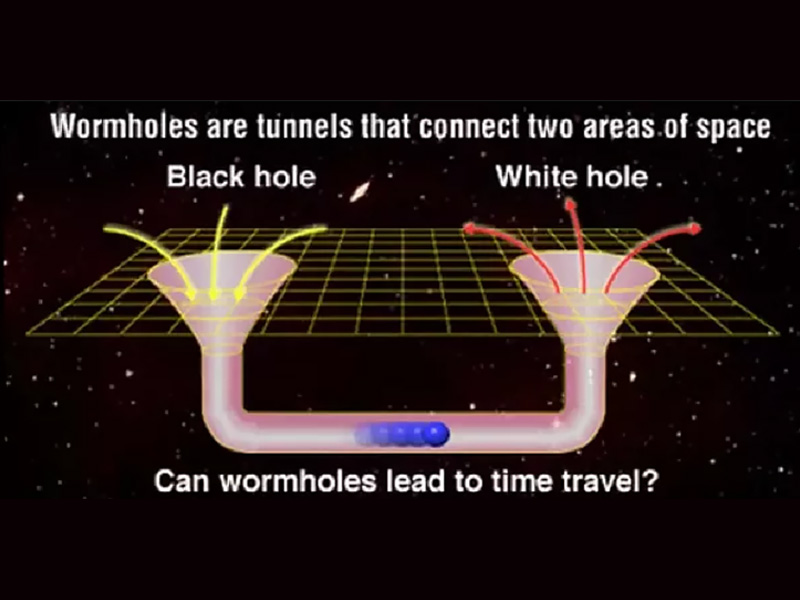 He proposed that both sides of a white hole may be linked by a space-time conduit, but his hypothesis was criticized. However, in 1935, Albert Einstein and Nathan Rosen applied general relativity to their theory and created space bridges.

These Einstein Rosen bridges are allegedly random shortcuts in space and time that may be exploited to shorten the distance between two stars.

Time travel is already conceivable when it comes to time and its flow; we simply don’t have the tools to execute it. A phenomenon called time dilation states that the quicker you move through space, the slower you move through time. This is because time is actually measured by light.

Suppose one end of a wormhole is very stable and close to Earth. In that case, while the other end moves across space at light speed, you may enter the wormhole at the moving end and be spewed out at the stable end in an entirely other time.

Also Read, 10 Interesting yet Unknown Facts about the Earth

For example, if a wormhole was built in 1970, you might potentially enter it now and be spewed out a few years later owing to time dilation.

This hypothesis also explains why we have never observed any time travelers. According to this idea, no one will go back in time unless we build a stable wormhole today. In a nutshell, this idea might be one of the most scientific ways to travel across time, but it would be highly limited.

This hypothesis also explains why we have never observed any time travelers. According to this idea, no one will go back in time unless we build a stable wormhole today. In a nutshell, this idea might be one of the most scientific ways to travel across time, but it would be highly limited.

Of course, none of this considers how difficult it would be to locate, stabilize, and then travel through a wormhole. This also does not address the various paradoxes that may arise from traveling back in time.

Have you ever seen an Einstein Rosen Bridge? Yes, in films such as Thor, Interstellar, and others!

The Bifrost Bridge in Thor is essentially an Einstein Rosen bridge. This wormhole allows Loki to travel around the galaxy. Because of the many wormholes, the Avengers in previous Marvel films travel to different universes.

In Interstellar, mysterious aliens near Saturn construct a wormhole, allowing Cooper and the crews of the Lazarus Project and subsequently the Endurance to journey light-years away to another galaxy that may contain livable worlds.

Similarly, wormholes have been shown in Star Trek, Contact, Pacific Rim, and Stargate.