Home Arts & Entertainment Culture Most Beautiful Constellations, you can see from naked eye… 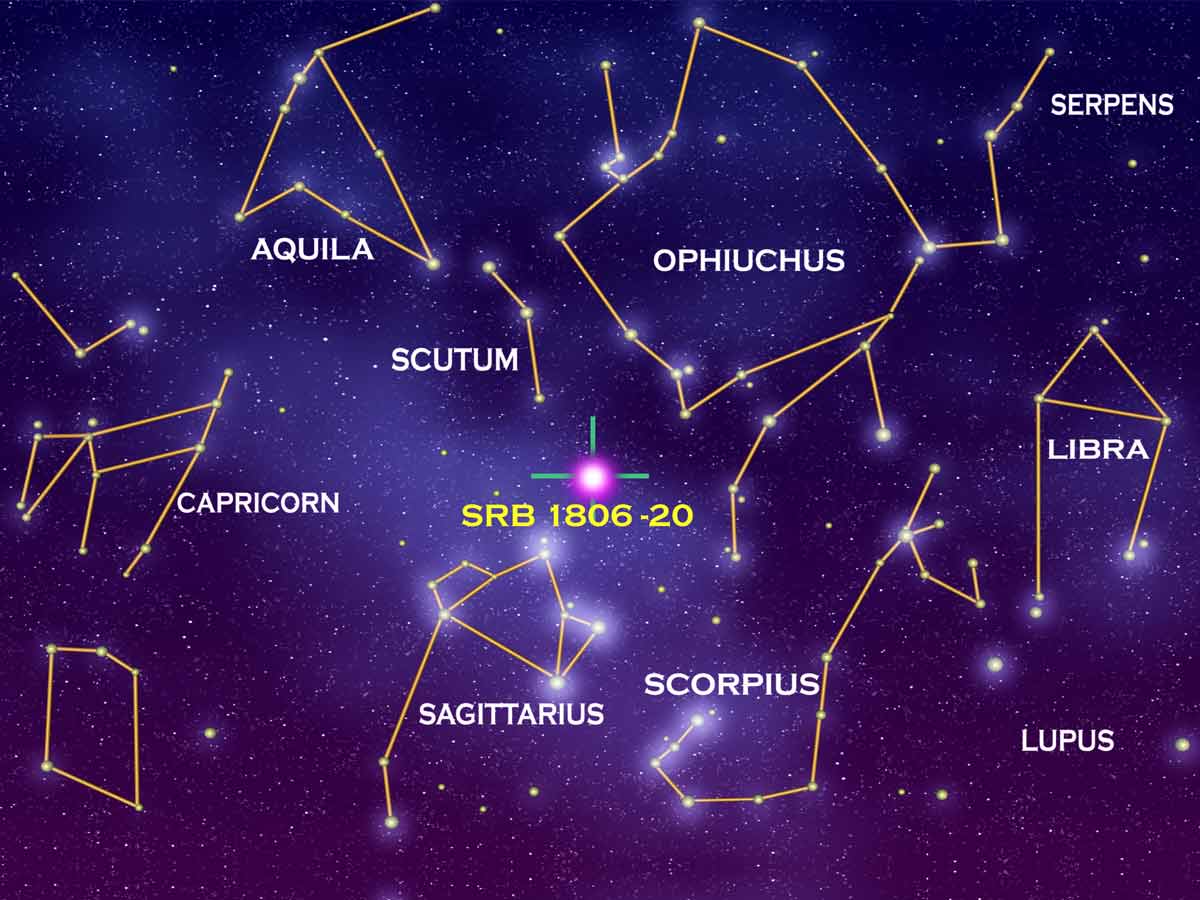 Names and mythological stories have been ascribed to star patterns in the night sky throughout human history and throughout many civilizations, giving rise to what we now know as constellations. When did the first constellations appear in the sky? Archaeological research in the Lascaux cave system in southern France has discovered probable astrological marks painted on the walls. Some 17, 300 years ago, our forefathers may have documented their view of the night sky on the cave walls.

A Constellation is a collection of stars that appear to create a pattern or image, such as Orion the Great Hunter, Leo the Lion, or Taurus the Bull. Constellations are identifiable patterns that help humans navigate the night sky. There are a total of 88 “official” constellations. Each constellation comprises a collection of stars scattered in three dimensions in space – the stars are all at various distances from Earth. The majority of the names we know are from the ancient Middle Eastern, Greek, and Roman cultures.

They recognized star groupings as gods, goddesses, animals, and narrative elements. There have been billions of stars, but only a small percentage of them form the patterns of our constellations – these are the stars that can be seen with the naked eye. These stars were linked into star images by ancient observers. All-stars, however, are located inside one of the 88 constellation areas. Astronomers using contemporary telescopes could detect stars in the dark areas around the constellations – stars that were not included in the original star drawings. Some of these stars may be seen by looking up in the sky on a night.

Given below are the most popular constellations in the world- 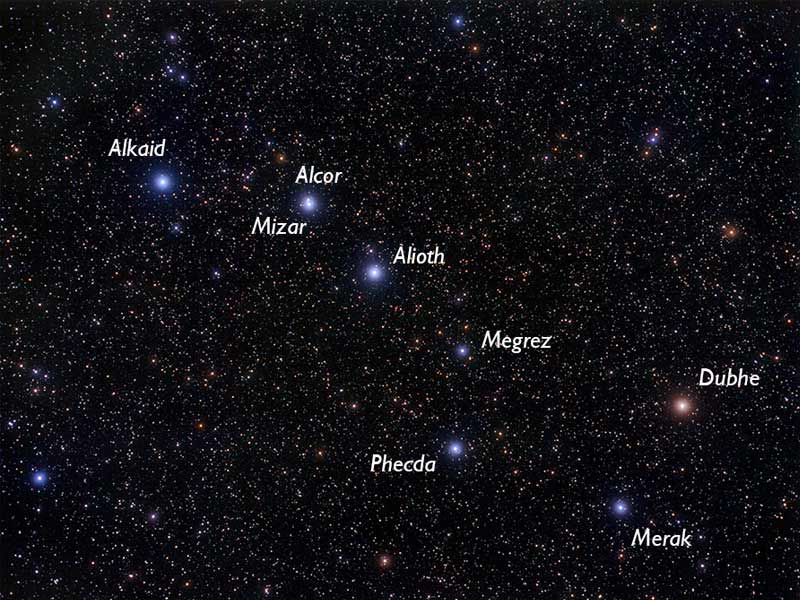 Even the most inexperienced stargazer is undoubtedly familiar with the Big Dipper’s ‘cup’ and ‘long handle.’ Once we’ve found the Big Dipper, we can recognize the handle as the head and neck of the ‘Great Bear,’ Ursa Major. The ‘cup’ is probably a piece of the bear’s chest, and his ‘front legs’ extend from the bottom right corner of the cup. Understanding this allows us to quickly identify Ursa Major after we’ve identified the Big Dipper. 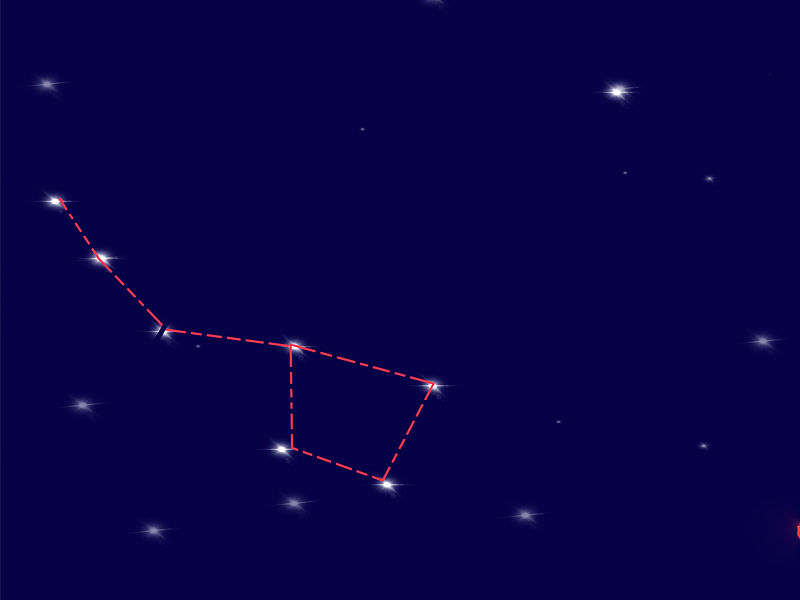 The Big Dipper also serves as a guide to finding the Little Dipper and its constellation Ursa Minor. Start by staring at the two stars on the right side of the ‘cup,’ then trace a straight line due north to find Polaris, the North Star, blazing brilliantly. Polaris is the ‘handle’ star of the Little Dipper. The cup is part of the bear’s side, while the handle represents the tail of the ‘Little Bear.’ When we find the Little Dipper, we’ve found Ursa Minor as well. 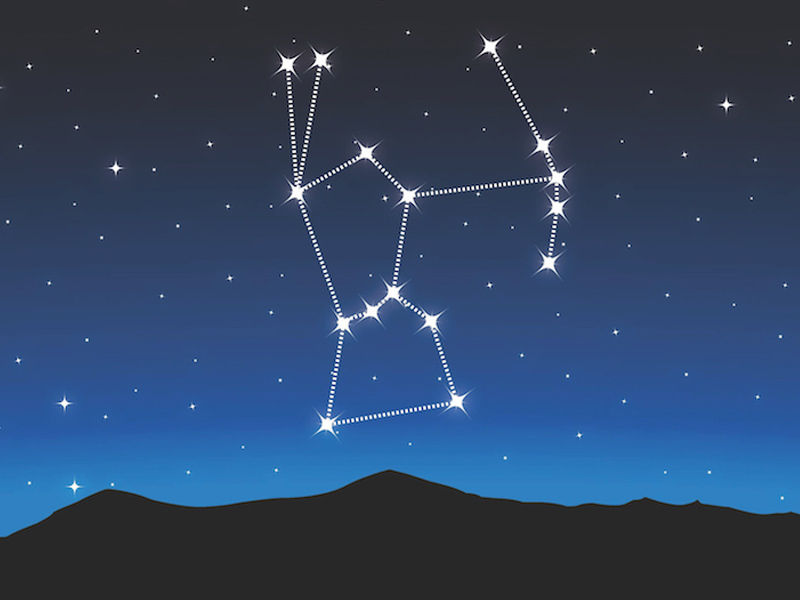 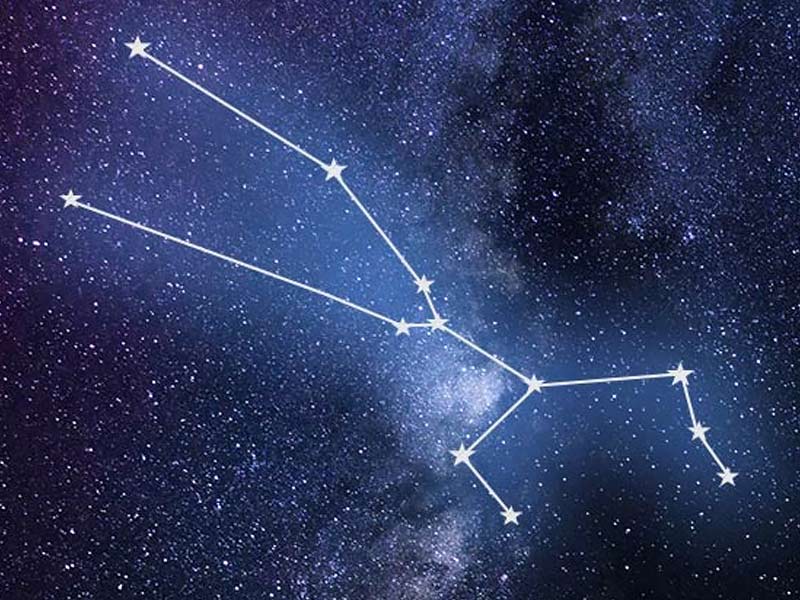 Finding Orion makes finding our next constellation, Taurus ‘The Bull,’ much easier. Taurus lies above Orion and is commonly identified by locating the big red star, Aldebaran, which is at the fork of the bull’s horns. The Crab Nebula is located in the lower ‘horn,’ while the Pleiades star cluster is located above the bull. These clusters are extremely lovely and can even be appreciated in detail with the naked eye. 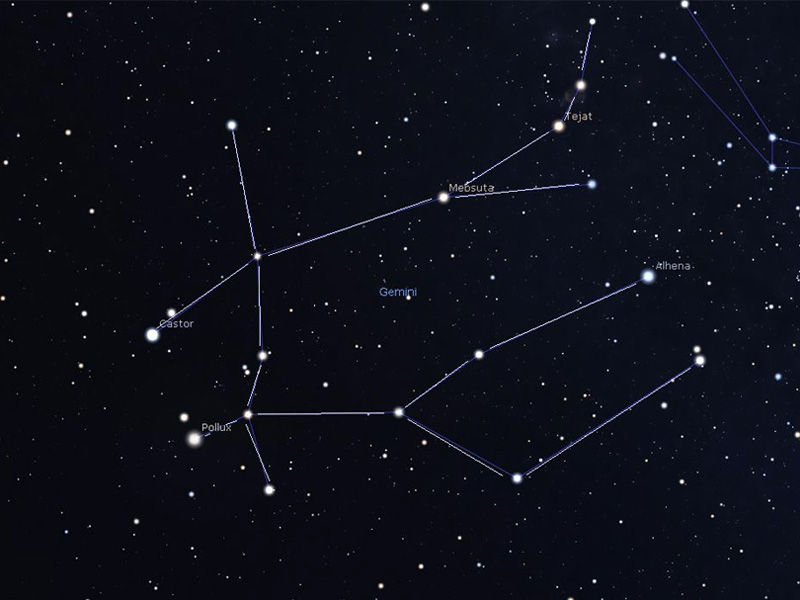 The constellation Orion is also important in finding the constellation Gemini. The twins are above and to the side of the hunter’s outstretched arm. The constellation looks like two stick figure twins with their arms outstretched, touching. Begin by identifying the two brilliant stars that act as the twins’ heads. The remainder of the pattern should be pretty easy to follow. Both twins have torsos, arms, and legs, and the left twin looks to be raising a leg, maybe dancing a little dance.

The signs of Orion, Taurus, and Gemini all have a similar pattern of visibility. They are most visible in the night sky beginning in December and fade away by May. Beginning in August, they can be seen again, but only before daybreak. 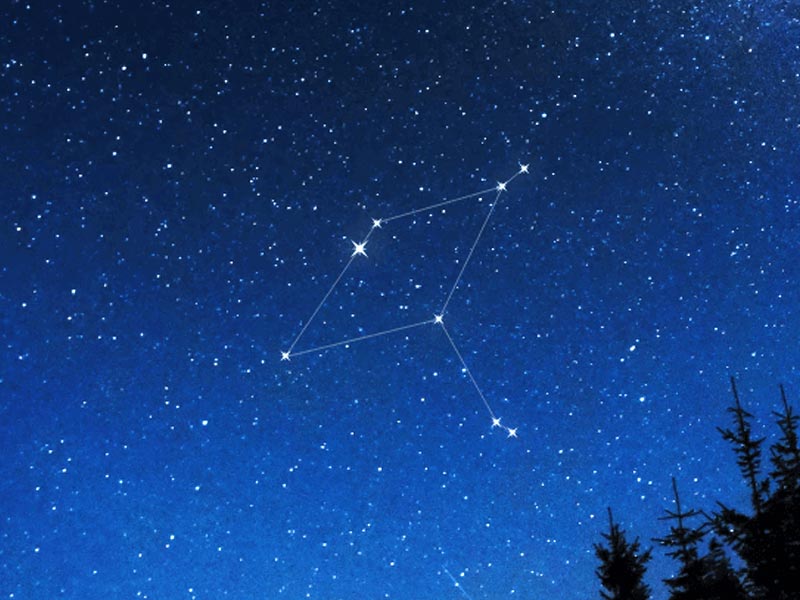 In Greek mythology, Aquila was the eagle who carried Ganymede (Aquarius) up to Mt. Olympus. Zeus’ thunderbolt was also carried by the eagle. This constellation is located in the Milky Way band. Its most conspicuous star is Altair, one of the nearest stars to the Earth visible to the naked eye. Aquila’s upper part forms a shallow inverted “V,” with Altair roughly at the tip. This symbolizes the eagle’s head and wings. The eagle’s body is formed by a line that descends from Altair. In late July, look for Aquila near the Milky Way band in the southern sky. 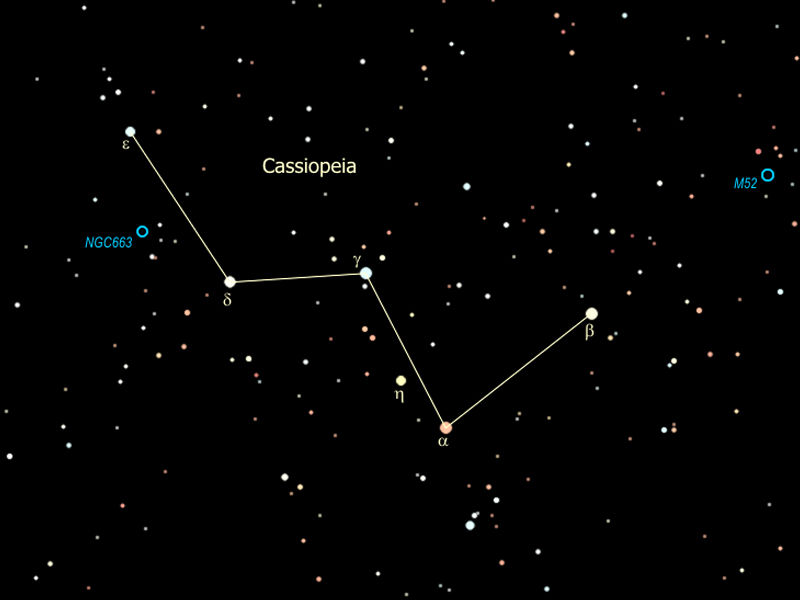 Cassiopeia was a vain queen who bragged about her beauty in Greek mythology. Cassiopeia was the mother of Princess Andromeda, and unlike other people who were honored by being put in the sky, Cassiopeia was sent to the celestial regions as punishment. According to legend, she bragged that her beauty (or that of her daughter, depending on the version) was better than that of the sea nymphs.

This was a serious sin, and she was banished to the skies for all to see. With its characteristic “W” shape produced by five brilliant stars, Cassiopeia is one of the most easily recognized constellations in the night sky throughout the fall and early winter. As a result, the vain queen is one of the most frequently referenced in pop culture and one of the first constellations that young children learn to know in the sky. 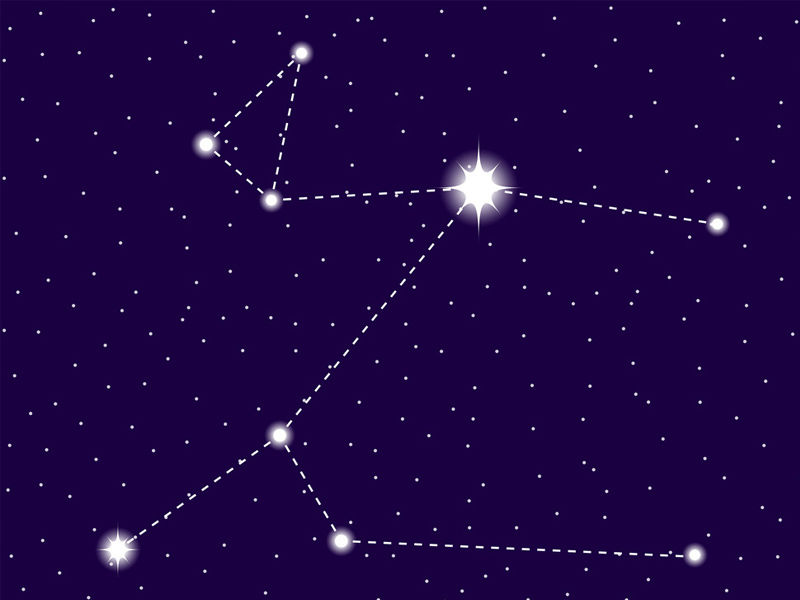 Laelaps, the famous Greek dog, is represented by Canis Major. There are other origin legends, but the unifying thread is that he was so quick that Zeus lifted him to the heavens. Laelaps is also said to be one of Orion’s hunting hounds, following him across the night sky to pursue Taurus, the bull. Sirius, the brightest star in the night sky, is located in Canis Major. According to legend, the first apparition of Canis Major in the morning sky occurs in late July, bringing in the dog days of summer. It resembles a stick figure in the night sky, with Sirius at the head and another brilliant star, Adhara, at the tail end. 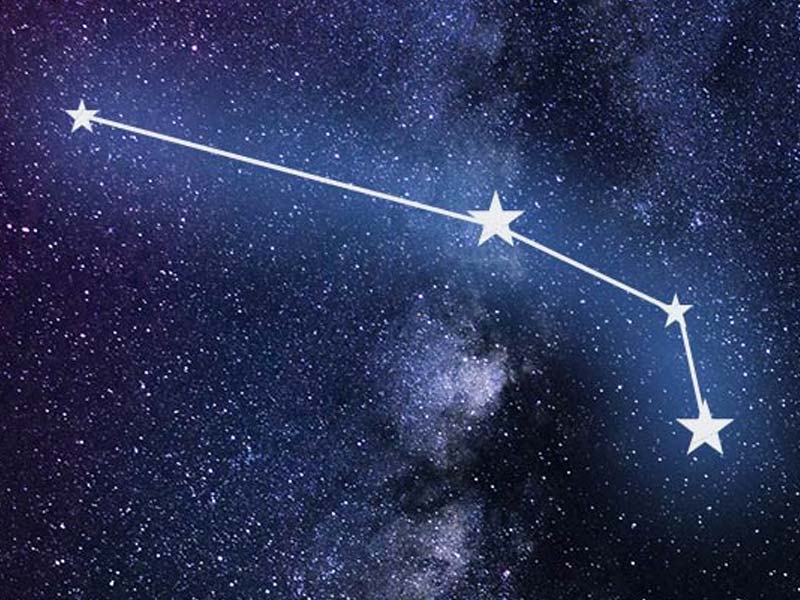 Aries has always remained the ram, even though numerous constellations have gone through many versions of mythical legends. This constellation is one of the 12 that make up the zodiac, which are the constellations that span the sun’s course across the sky (known in scientific terms as the ecliptic). This gave the zodiac constellations particular significance in ancient times. Aries is the ram whose fleece became the Golden Fleece in Greek mythology.

The Golden Fleece is a symbol of royalty and authority in Jason and the Argonauts, and it plays an important part in the story. Jason is dispatched to retrieve the fleece to claim his rightful seat asking, and he finds it with the assistance of Medea (his future wife). It’s one of antiquity’s earliest legends, and it was popular throughout Homer’s day. Aries is made up of only four (occasionally five) visible stars that form a line from the ram’s head (the lowest point in the picture above) to the ram’s back. Hamal is the brightest and most prominent star in the constellation Hamal, and it is categorized as an orange giant. 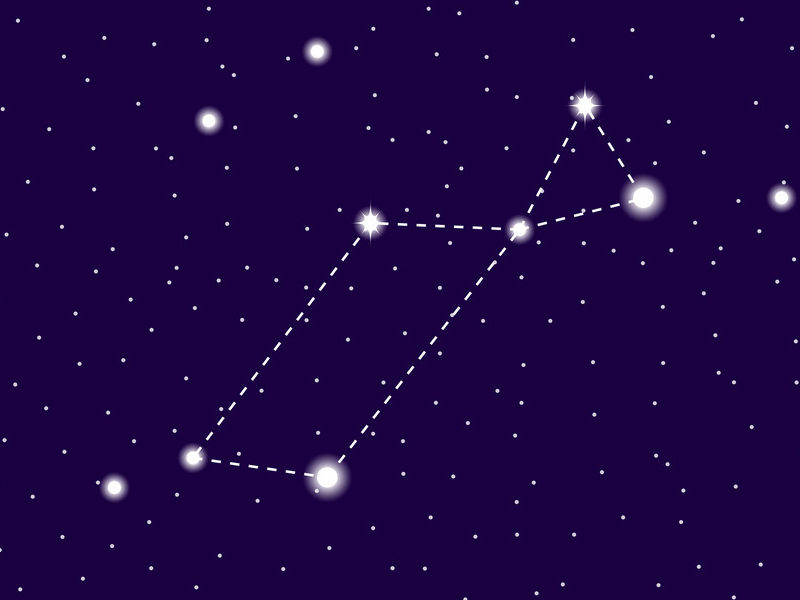 Lyra is linked to Orpheus, the famous musician in Greek mythology. Apollo gave Orpheus the harp, and it is believed that his music was more lovely than any mortal man’s. His music can calm people down and bring joy to their hearts. He was slain, and his lyre (harp) was thrown into a river while wandering the land in sadness after his wife died. The lyre was returned to Zeus by an eagle, who then put it in the night sky.

Lyra’s brightest star, Vega, is one of the brightest stars in the sky, and it forms a lopsided square with a tail to it. It’s tiny, and in the summer, it’s practically straight overhead, but the brilliant Vega makes it quite simple to spot.

The World of Norway Mythology…