When it comes to diamonds, India has a fascinating history. They were the only country in the world until the 1800s to discover and possess them.

As a result, their legacy is an important part of Indian culture.

Many famous diamonds were discovered in Indian mines, particularly Golconda and Kollur.

Though the exact year is unknown, the first known records of diamonds in India are said to date back to the 4th century.

India has been the source of nearly all of the world’s known diamonds since ancient times, and until the discovery of diamonds in South Africa in 1896, India was the only place where diamonds were mined.
Diamond mining dates back to antiquity in India.

Although India has not been a major diamond producer since the 1900s, diamond mining continues.

In 2013, India mined 37,515 carats of diamonds from a single industrial-scale mine and numerous artisanal mines, accounting for less than one-tenth of one percent of global production of 132.9 million carats.

Many diamonds of international renown have Originated from India.

The Koh-i-Noor diamond is one of the world’s oldest and most famous precious jewels, with a history dating back more than 5,000 years.

It is one of the world’s largest cut diamonds, weighing 105.6 carats (21.12g), though its true origins are unknown.

The Koh-i-Noor is thought to have originated in the Andhra Pradesh mines of Golconda. It’s also impossible to say when or where it was discovered.

The Koh-i-Noor has a long and violent history, which has only added to its fame as one of the most famous diamonds.

Various Mughal, Persian, and Afghan rulers have owned the diamond, and previous owners have been killed. After the British conquest of Punjab in 1849, it passed to Queen Victoria.

Millions of people visit the Tower of London today to see the diamond, which is part of the Crown Jewels.

The Indian and Pakistani governments, however, claim ownership of the Koh-i-Noor and demand its return.

The UK government denied the claims, claiming that it was obtained legally under the terms of the Last Treaty of Lahore.

Also Read: Cancel the culture of modern social media: Even celebrities will be held accountable 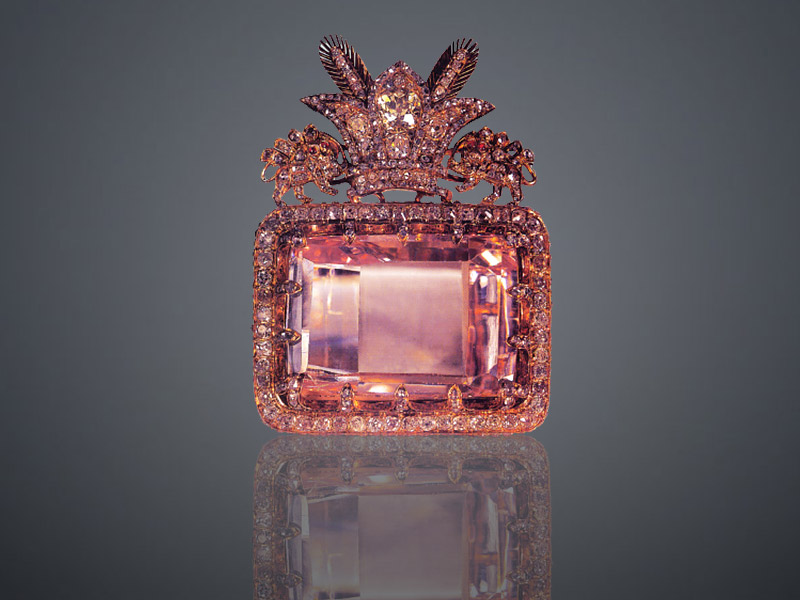 The Daria-i-Noor is one of the world’s largest cut diamonds, as well as one of the rarest. This is due to its pale pink hue.

Even though the weight is stated to be 182 carats (36g), this is an estimate.

The exact weight is unknown because the stone cannot be removed without the risk of destroying it.
It is now housed in Iran’s National Jewels, where it is the most celebrated diamond.

Despite having been cut in the 1740s, it has an impressive finish and is said to be internally flawless.

It is thick, but it is fairly transparent, which is a rare feature in diamonds.

The diamond is thought to have been mined in Andhra Pradesh and has a history dating back to the 1700s.

The Moon of Baroda

When it arrived in America, the Moon of Baroda became one of the most well-known diamonds in the world.

It is a yellow pear-shaped jewel that was discovered in Vadodara, India.

The Gaekwad family, the Maharajas of Baroda and one of India’s most powerful families, originally owned it.

When Meyer Rosenbaum purchased the Moon of Baroda and later gave it to Marilyn Monroe, it received a lot of attention. Before it became a part of exhibitions, she featured it in the iconic film Gentlemen Prefer Blondes.

The Florentine Diamond is one of the more enigmatic Indian-origin stones, having gone missing in the 1920s.

It is an intricately cut jewel with light yellow overtones and slightly green overtones.

Its origins are unknown, but it was reportedly owned by the Duke of Burgundy before being lost at the Battle of Morat in 1476.

A soldier discovered it and sold it for a low price, believing it to be glass. Charles I of Austria took the jewel to Switzerland after it had passed through several owners.

A member of his family stole the diamond and fled to South America.

The jewel was then said to have arrived in the United States in the 1920s, where it was recut and sold.

The prestigious stone has not been seen since and is unlikely to be seen again; however, the jewel has been replicated numerous times.