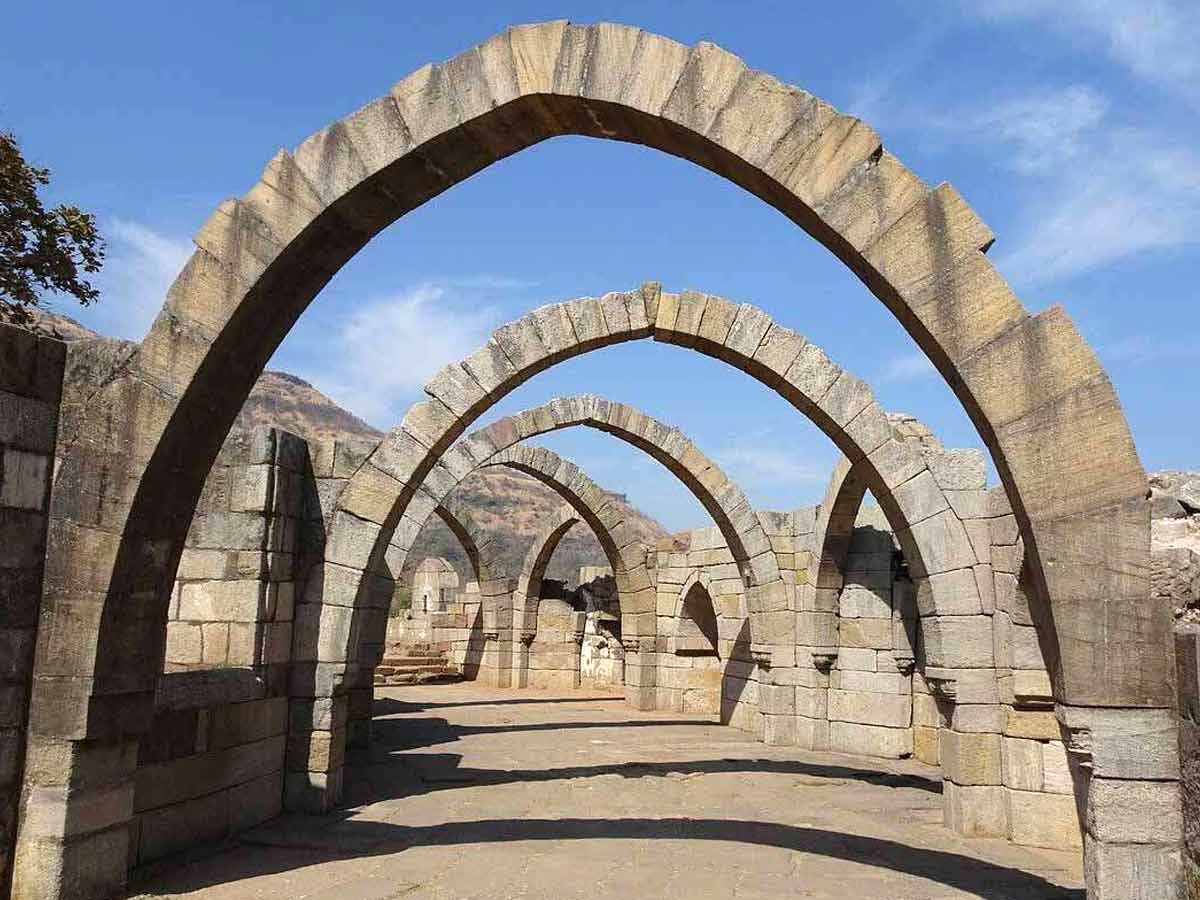 Champaner is a historical city in Gujarat, India’s westernmost state. It’s in the Panchmahal district, around 47 kilometres from Vadodara. The city of Samu Lala served as the Sultanate of Gujarat’s capital for a short time. Champaner was built in the 8th century by Vanraj Chavda, the most powerful ruler of the Chavda Dynasty. Champaraj, his buddy and general, was the inspiration for the name. The Khichi Chauhan Rajputs occupied Pavagadh fort above Champaner by the late 15th century. On December 4, 1482, the youthful Sultan of Gujarat, Mahmud Begada, decided to invade Champaner and led his army there.

After a 20-month siege, he took the Pavagadh fort on November 21, 1484. He subsequently spent 23 years renovating and beautifying Champaner, renaming it Muhammadabad, and relocating the capital from Ahmedabad there. Sultan Begada also constructed a beautiful Jama Masjid in Champaner, which is considered one of Gujarat’s best architectural structures. It is a massive construction with a central dome, two 30-meter-high minarets, 172 pillars, seven mihrabs, and carved entrance gates with exquisite latticed windows known as “jalis.”

Humayun led 300 Mughals to scale the fort using spikes hammered into rock and brickwork in a secluded and unguarded area of the citadel erected over a steep hillside on Pavagadh Hill in 1535, after chasing away Bahadur Shah. Despite the fact that Bahadur Shah had managed to flee to Diu with a large amount of wealth, silver, and jewels, the war bounty was large heaps of gold, silver, and jewels. The Champaner-Pavagadh Archaeological Park, which UNESCO classified as a World Heritage Site in 2004, is now located in Champaner.

After chasing away Bahadur Shah, Humayun led 300 Mughals to scale the fort using spikes hammered into rock and bricks in an isolated and unsecured portion of the citadel constructed over a steep hillside on Pavagadh Hill in 1535. Despite Bahadur Shah’s ability to retreat to Diu with a considerable sum of money, silver, and jewels, the war bounty was vast heaps of gold, silver, and diamonds. Champaner today houses the Champaner-Pavagadh Archaeological Park, which was designated as a UNESCO World Heritage Site in 2004.

Places to see in Champaner

The Kalika Mata Tempe, which dates from the 900s to the 1000s, is the oldest and most well-known temple in the Champaner-Pavagadh Archaeological Park’s neighbourhood. The Hindu deity Maa Kali, also known as the Great Black Mother, is honoured at the Kalika Mata mountaintop shrine. The Kalila Mata Temple is one of India’s 52 Shaktipeethas and is part of the Champaner-Pavagadh UNESCO World Heritage Site.

The historic fort of Pavgadha, built by the Mughal king Mahmud Begda in the 10th century, is the oldest piece of construction in Champaner. This Solanki-era hilltop castle is an important feature of the Pavagadh hillscape. The famed Lakulish Temple in the Mauliya plateau is the earliest religious building among the several ancient Hindu and Jain temples here. There are many Nagara temples here that date from the 1200s to the 1400s.

These Jain shrines, which are located on the way to the Kalika Mata Temple, are thought to have been found and adored by Tolemi, the Greek geographer, around 140 AD. Between 800 AD until the late 1930s, these temples, which were built during the period of the 20th Tirthankara, were constantly destroyed and renovated. The Pavagadh Tirth’s magnificent canopy is made up of two significant temples.

These temples, dedicated to Shri Parshvanath Bhagwan and Shri Chintamani Parshvanath Bhagwan, are located atop Pavagadh’s peak and foothill, respectively. The Bhojanshala and Dharamshala, respectively, hold a dedicated place for meals and lodging in these white decorated temples naming respective deities in a sitting lotus attitude. Despite being in ruins, these temples feature architectural characteristics like as rock carvings on the walls, porches, and a dome-like structure known as the Shikara.

Jami Masjid, also known as Champaner’s Jama Masjid, stands approximately 150 feet (46 metres) east of the city walls. It is widely regarded as one of the best mosques in western India, dating back to the 15th century. This mosque not only exhibits current architectural approaches, but also how the architects applied modern ways to grow rainwater gathering systems. One of the minarets is somewhat damaged.

This is not due to wear and tear, but rather to a deliberate gunshot in 1812 by a Scindia Governor called Patankar. The monument features some magnificent artwork on its symmetrical pillars, all of which has been properly preserved.

How to reach Champaner

Champaner is well-connected by road and air, and may be reached by plane, train, or car. The closest airport to Champaner is Vadodara Airport. Champaner is roughly 43 to 52 kilometres from the city and takes 48 to 80 minutes to go to.

The nearest railway station is Champaner Railway Station in Khakariya, which is located on Champaner Road. It’s around 20 to 30 kilometres from Champaner and can be reached by taxi or self-drive in 28 to 35 minutes. The Champaner ST Depot, which is roughly a 5-minute walk away, is the only bus stop closest to the Champaner city centre.