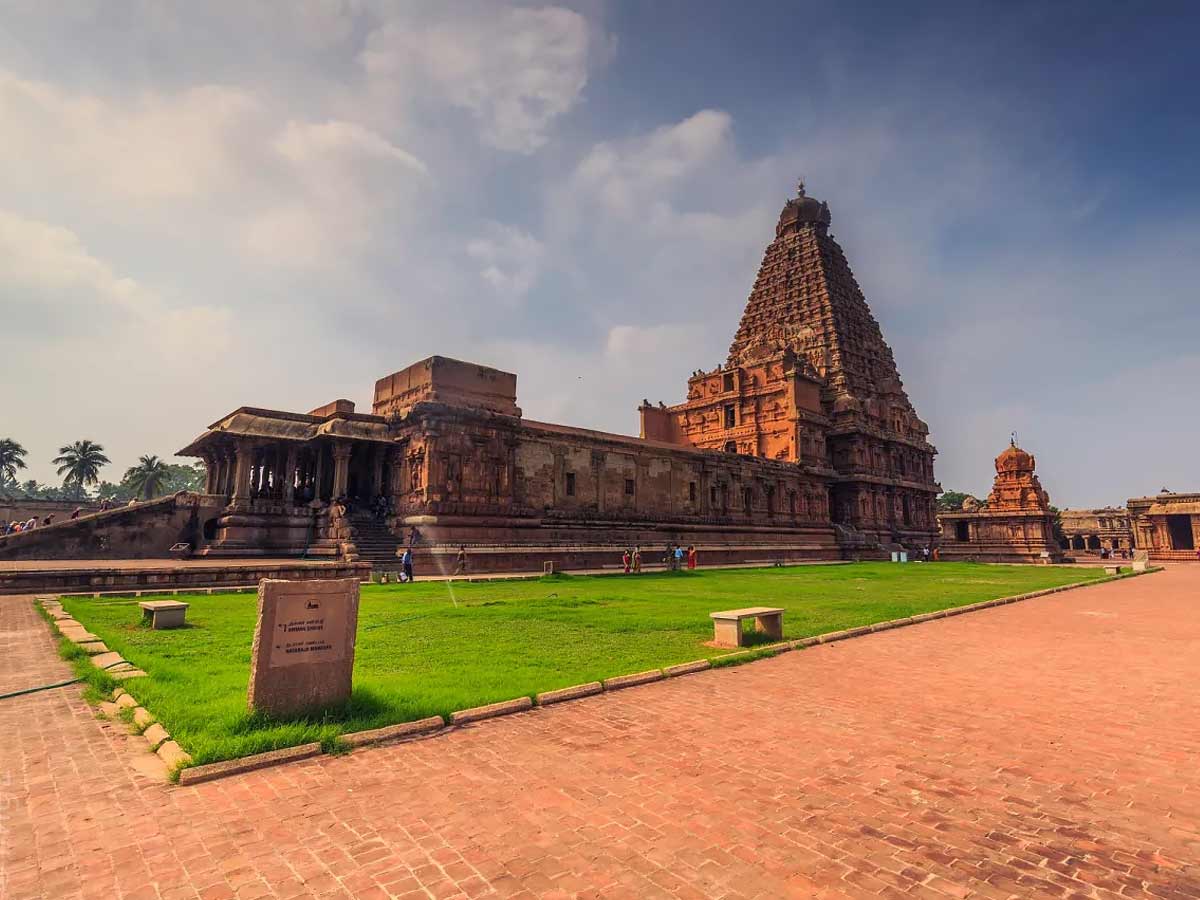 The imperial Chola period in South India (c. 850 CE – 1250 CE) was a period of continuous improvement and refinement of Chola art and architecture. They used the wealth they accumulated from their extensive conquests to construct long-lasting stone temples and exquisite bronze sculptures in an almost entirely Hindu cultural setting.

The Chola Monuments include temples in the style of the Pallava dynasty, which was influenced by the Amaravati school of architecture. Chola artists and artisans drew further inspiration from other contemporary art and architectural schools, elevating Chola temple design to new heights.

The Chola kings constructed numerous temples throughout their kingdom which todays forms beautiful heritage of our country, including the plains, Central and Northern Tamil Nadu, and, at times, the entire state of Tamil Nadu, as well as adjoining parts of modern Karnataka and Andhra Pradesh.

We can roughly see three major phases in the evolution of Chola temple architecture, beginning with the early phase, beginning with Vijayalaya Chola and continuing until Sundara Chola, the middle phase of Rajaraja Chola and Rajendra Chola when the achievements scaled heights never reached before or since, and the final phase during the Chalukya Chola period of Kulottunga I until the Chola empire’s demise.

Here is the list of some famous Chola Monuments

One of the most famous Chola dynasty temples, it was built between 1003 and 1010 AD during the reign of Chola king Raja Raja and designed by the famous architect Sama Varma. The Brihadisvara Temple houses the world’s tallest vimanam, a 3.7-meter-tall Lord Shiva linga. The temple’s simplicity has served as inspiration for other structures not only in South India but also in South – East Asia. It is one of the Chola dynasty’s most prominent temples.

The Temple of Gangaikonda Cholapuram, built by Chola Emperor Rajendra I, is described as the feminine counterpart to the Thanjavur temple. The Gangaikonda Choleswarar Temple was chosen as the administrative and development centre in the Chola Empire. The temple is home to a 4 metre tall Shiva lingam. Among the Chola temples, this lingam is the tallest. This temple, located in Tamil Nadu, is one of the most revered in South India.

The Airavatesvara Temple At Darasuram

This temple, smaller than the other Great Living Chola Temples, is dedicated to Lord Shiva and serves as the epitome of Chola temple architecture. Rajaraja II built it, and the vimana of the temple stands 24 metres tall. Legend has it that the heavenly elephant Airavat worshipped the deity here. The distinctive temple design is known as nitya-vinoda, which means “perpetual entertainment in mind.” It is undoubtedly the most prominent place of worship among all Chola dynasty temples.

Also read : 8 Most Visited Monuments In The World

Ariyar kudi or Arya Kuti – ‘the abode of noble people’, popularly known as Ayikudi, is a beautiful temple for Young Bala Muruga Peruman located in Thenkasi Taluk, in Thrunelveli District of Tamil Nadu, near Kutralam. This temple’s main deity is a lovely small mulavar murthy of Balasubramanya Swamy, also known as Rama Subramanya Swamy. Among all the Chola dynasty temples, this temple is undoubtedly one of the most revered places of worship among Hindus.

Nageswaraswamy Temple is a Hindu temple in Kumbakonam, Tamil Nadu, dedicated to Lord Shiva. Shiva, as Lord Nagaraja, is located in the heart of Kumbakonam. Surya Theertham is a holy water tank at the temple. It also has colourful gopuram and huge idols with beautiful carvings and scripts.

Moovar Koil, or “The Three Temples,” is a Hindu temple complex located in the village of Kodumbalur, 36 kilometres from Pudukkottai in Tamil Nadu. Boothi Vikramakesari, a 10th century Chola general, built these temples. At the moment, only two of the three temples have survived. Kodumbalur was also the site of a bloody conflict between the Pandyas and the Pallavas.

The Medieval Cholas built the Koranganatha temple, a Hindu temple. This temple, which is not a functioning Hindu temple, is one of the Great Living Chola Temples and is dedicated to Lord Vishnu. It has a simple design and is located in Srinivasanallur Town in the Trichy District of Tamilnadu.

Valisvara temple is a Hindu temple in the Tamil Nadu town of Thiruvalisvaram in the Tirunelveli district. This temple is dedicated to Shiva and depicts him in sukhasana pose. It is one of the Chola dynasty temples. It was built by the Cholas in the early 10th century AD and is regarded as one of the best examples of Chola architecture.

The Kampaheswarar temple is a Hindu temple dedicated to the God Shiva and is located in the town of Thirubuvanam on the Kumbakonam road. The temple is also a chola one but is designed in the Tamilian style. The vimana is extremely high, which is unusual for Dravidian-style South Indian temples.