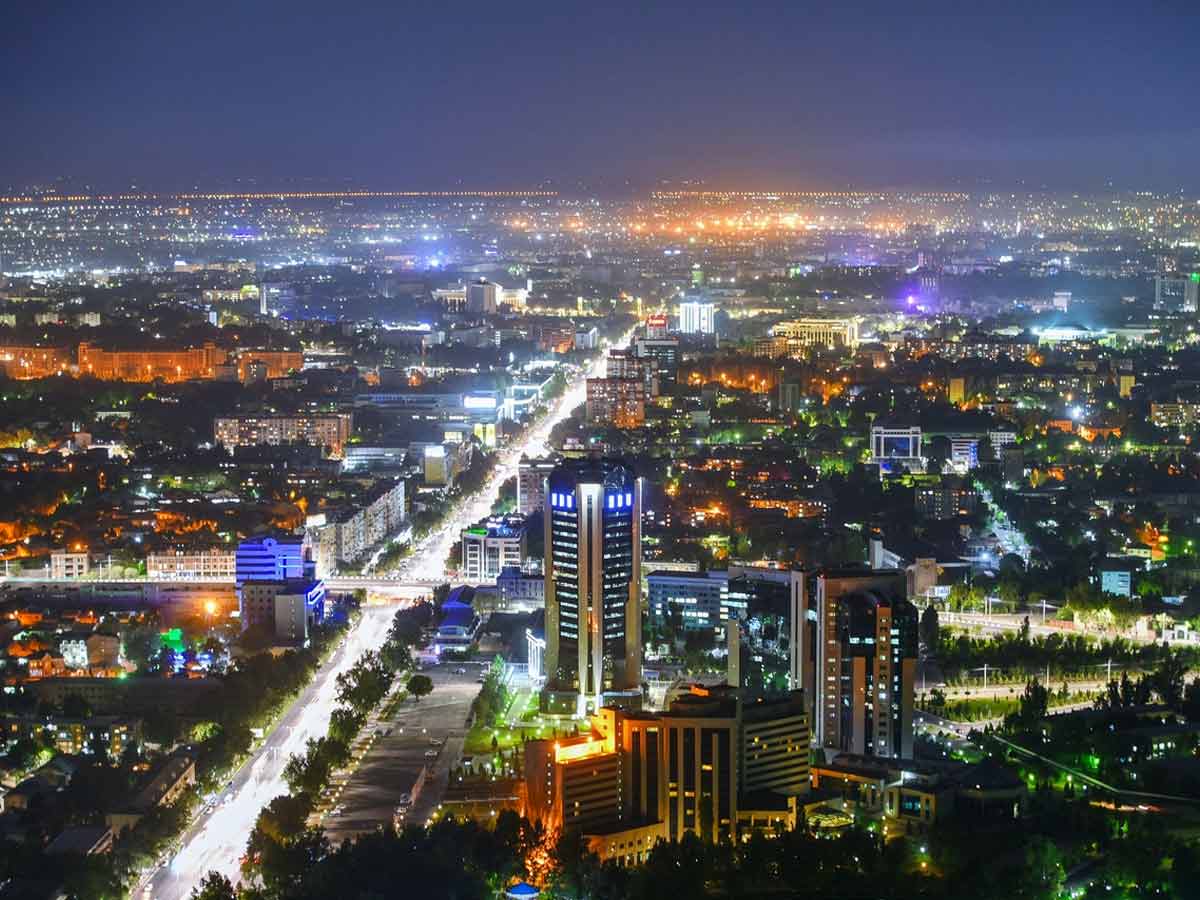 Tashkent, or Toshkent, is the capital and largest city of Uzbekistan and the most populated city in Central Asia, with a population of 2,694,400 in 2021. It is located in northeastern Uzbekistan, close to the Kazakhstan border. The Sogdian and Turkic cultures influenced Tashkent before Islamic influence began in the mid-8th century AD. After being destroyed by Genghis Khan in 1219, it was rebuilt and prospered from the Silk Road.

The city was an autonomous city-state from the 18th to the 19th centuries until being re-conquered by the Khanate of Kokand. Tashkent fell to the Russian Empire in 1865, becoming the capital of Russian Turkestan. It had significant growth and demographic changes throughout the Soviet era.

The largest city in Central Asia has never been well-liked by the tourism community.

Articles about Uzbekistan tend to focus on the country’s prominent names and more well-known places, such as Samarkand, Bukhara, and the mythical Aral Sea.

Compared to other Central Asian towns, Tashkent lags behind the region’s heavyweights, Ashgabat and Astana.

Is It Safe For Tourists To Visit Tashkent?

Uzbekistan’s capital is entirely secure for visitors, and it has become much safer since the government established a “tourism police force.” Their boots may be seen in any touristy city in Uzbekistan. So, if you ever feel uneasy or in danger – which I strongly doubt – simply go to one of those touristy police stations, and they will assist you. Whether you’re travelling alone or in a group, you shouldn’t be concerned about your safety in Uzbekistan or Tashkent.

The Uzbeks are extremely kind and have no ill will toward anyone. If they see you are lost or in need of assistance, they will approach you and offer you their assistance.

Another must-do in Tashkent is to take the metro. Because the metro offers air conditioning, it’s ideal to perform in the early afternoon during the summer when it’s blistering hot outdoors. Tashkent features some of the world’s most gorgeous metro stations!

Tashkent’s religious core is the Hazrat Imam Complex, the Hast-Imam Ensemble or Khast Imam. It’s an excellent site to begin your Tashkent sightseeing tour. Walking around the complex, exquisite architectural landmarks can be observed, such as the Barak Khan Madrasah, the Tilla Sheikh Mosque, and Saint Abu Bakr Kaffal Shashi’s mausoleum. They provide us with a good introduction to the remarkable Islamic architecture seen in other Uzbek cities such as Bukhara.

The courtyard of the Barak Khan Madrasah is open to the public. The Muyi Mubarak Library, which has oriental manuscripts and the Uthman Koran, which is said to be the world’s oldest Koran, is also located in Hazrat Imam. The entry charge to this library is 15000 UZS (about €1.50).

The Tashkent Tower is the 11th highest structure globally, standing at 375 metres. You may take the elevator to the sixth storey and enjoy the observation deck’s spectacular views of the city. On the 7th level, there is also a restaurant where you may have a beer and/or eat a meal at a reasonable price.

The cost of admission to the observation deck is 40000 UZS. To climb the tower, you’ll also need your passport. The Tashkent Tower is open from 10 a.m. to 8 p.m. every day. It may be a good site to return to in the evening to watch the sunset over the cityscape. Exit the subway at Bodomzor and stroll down Amir Timur Avenue in the direction of “Tashkent Land.” The metro station is a 5-minute walk from the Tashkent TV Tower.

Also Read, Kyiv: 11 Places to Explore the Beauty and History of Ukraine

The Kukeldash Madrasah is Tashkent’s largest madrasah and one of the city’s most prominent historical sites. While Kukeldash is not as stunning as the three madrasahs that encircle Registan Square in Samarkand, it is nevertheless a wonderful specimen of Islamic architecture and well worth a brief visit. Kukeldash was initially an educational institution (madrasah meaning “school” or “college” in Islamic education).

Still, over the years, it has been utilised as a caravanserai for traders, a fortification of the Kokand kings, and even a site of execution. The Madrasah has been renovated and reconstructed multiple times after being damaged by earthquakes. Today, Kukeldash serves as a spiritual institution once more. You can access the madrasah’s courtyard, a modest wood carving studio. The courtyard admission charge is 10000 UZS. The Dzuma Mosque is right next to the Kukeldash Madrasah and worth a short stop to admire the architecture.

The Museum of Political Repression Victims

The Museum of Political Repression Victims is likewise a gorgeous structure, although its narrative is a little tragic. The museum honours those who fought for Uzbekistan’s freedom under the Soviet Union and were assassinated by the government. Photographs, documents, and personal possessions of that slain can be found within.

If all of this is too much for you, you may simply wander around the complex and enjoy the peace of the park beside the river bank. The museum and Memorial to Repression Victims are direct across the street from the Tashkent TV Tower. To get there, simply cross Amir Timur Avenue.

Eat At The Central Asian Plov Center For Lunch.

The most well-known Central Asian cuisine is plov. This traditional Uzbek cuisine is made of rice that has been fried with raisins, carrots, and spices and then topped with meat. It’s often fried in lamb grease and served with lamb meat. This dish is available across Uzbekistan and Central Asia; however, the Central Asian Plov Center offers the greatest Plov in the area.

The Plov Center is particularly amazing since you can observe how plov is created in big pots to serve hundreds of people! Eating plov at the Central Asian Plov Center is an experience you should not miss while in Tashkent!