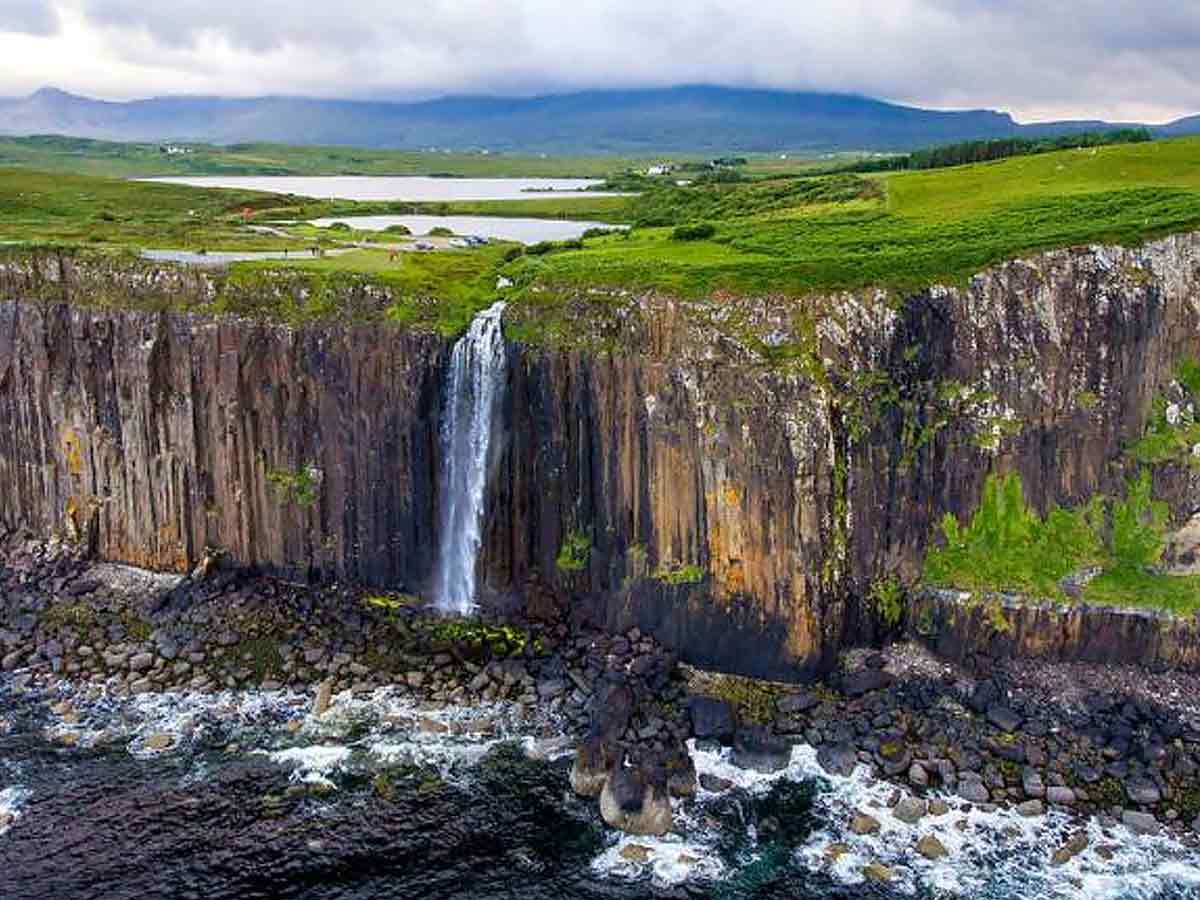 Jog Falls in India, The magnificent Niagara Falls, Victoria Falls in Zimbabwe, and Ban Gioc Waterfall in Vietnam are some of the most gorgeous waterfalls globally. Almost all of them meet a local water body after falling from a towering height.

Nature has its own kit of rules, and at the same time, it has its own exceptions as well, like having a reverse waterfall, a hot water stream of a waterfall meets the sea. All of it sounds impossible, but that’s not a trait that we can associate with mother nature. Nature is unique, unpredictable, boundless, and independent. It is faster than the human imagination and can surprise or shock us on different occasions.

One such unique gift of nature to humankind is waterfalls. Falling from a towering height and meeting the earth with a sound that is as pleasing as harmony is a pure sight to watch. It is a confluence of the greatness of nature and the diversity of natural resources. Some waterfalls meet the sea directly, and we have a list of 7 such waterfalls from different parts of the world. 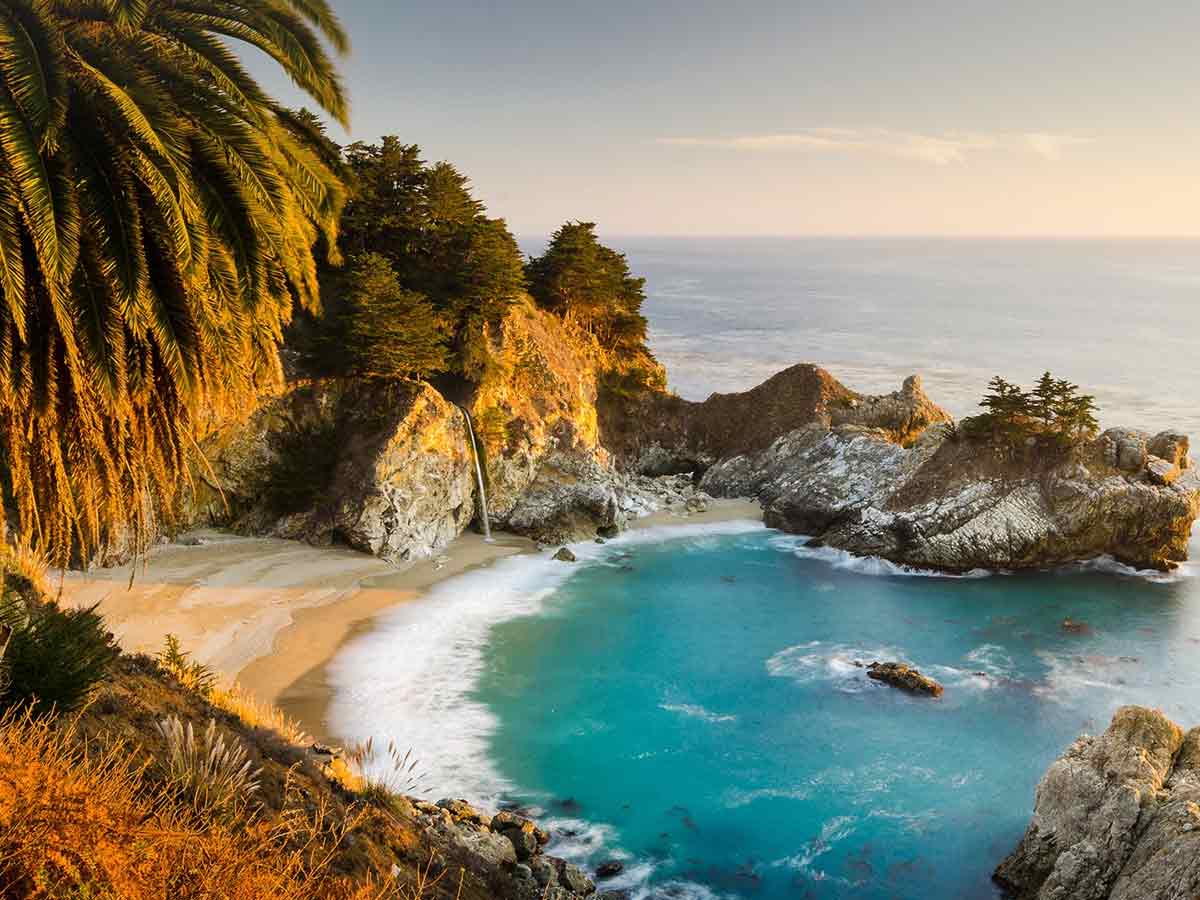 You can find McWaY Falls on Big Sur’s coast in Central California. The 24 meters tall waterfall flows from McWay Creek in Julia Pfeiffer Burns State Park. McWay Falls meets the sea directly. Also, it is not just one but one of the two waterfalls in the United States that empty into the sea. You can only reach the top of the waterfall after a 0.80 km trail. Settled amid a scenic landscape, McWay Falls is a treat to watch. 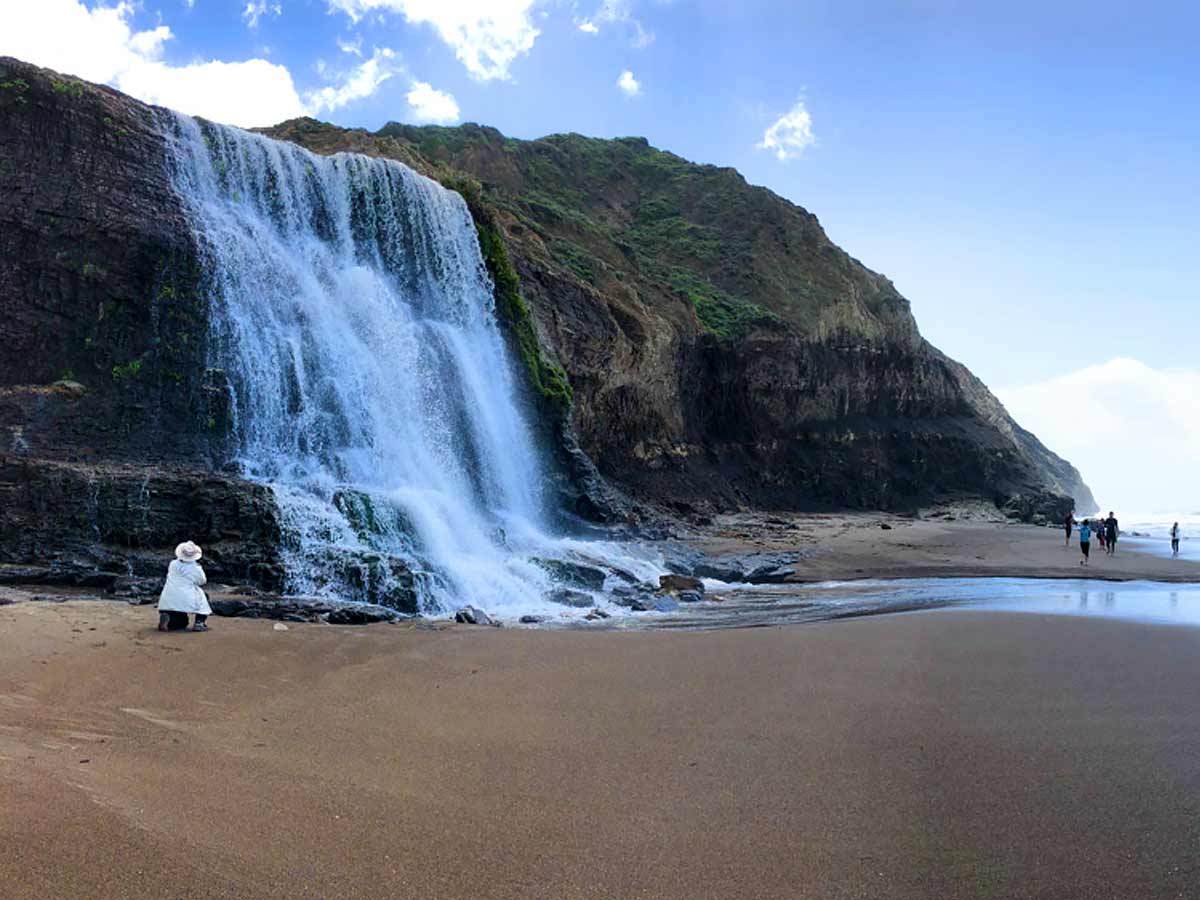 Alamere Falls is the second waterfall in the United States that empties directly into the sea. It is a section of the Point Reyes National Seashore in California. Located deep within the Phillip Burton Wilderness, the waterfall falls from a height of 12 meters. You need to complete a 20 km long adventurous trek to see the waterfall in its full might. It is a famous picnic spot for the locals where you can enjoy a peaceful holiday. If you happen to visit this place, avoid going too close to cliff edges as coastal erosion is a frequent phenomenon. 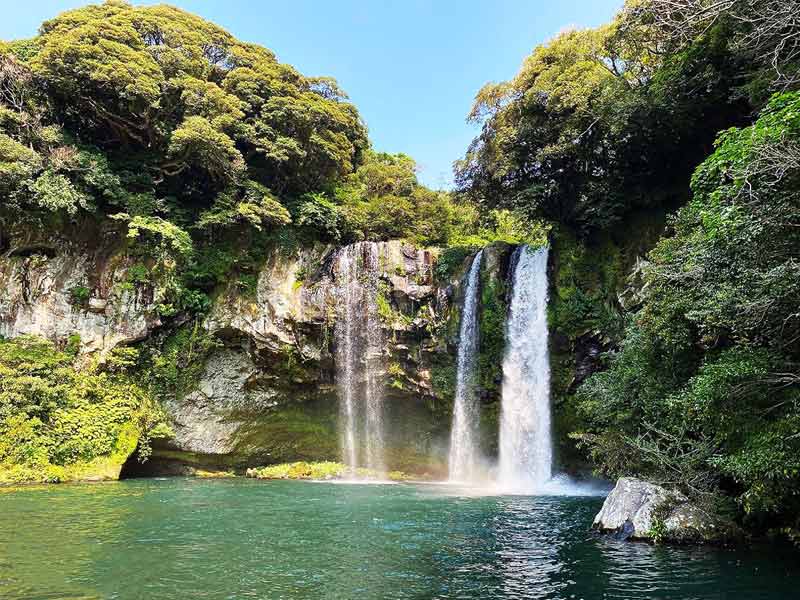 Joengbang waterfall in South Korea is a popular tourist attraction. Located on Jeju Island, the 23-meter waterfall is situated very close to the sea in Korea strait. It is one of the most wonderful locations on the island and falls directly into the Korea Strait cove. It is believed that the falls serve as a shelter to the mythical holy dragon. Locals believed that the falls’ water is capable of curing diseases. 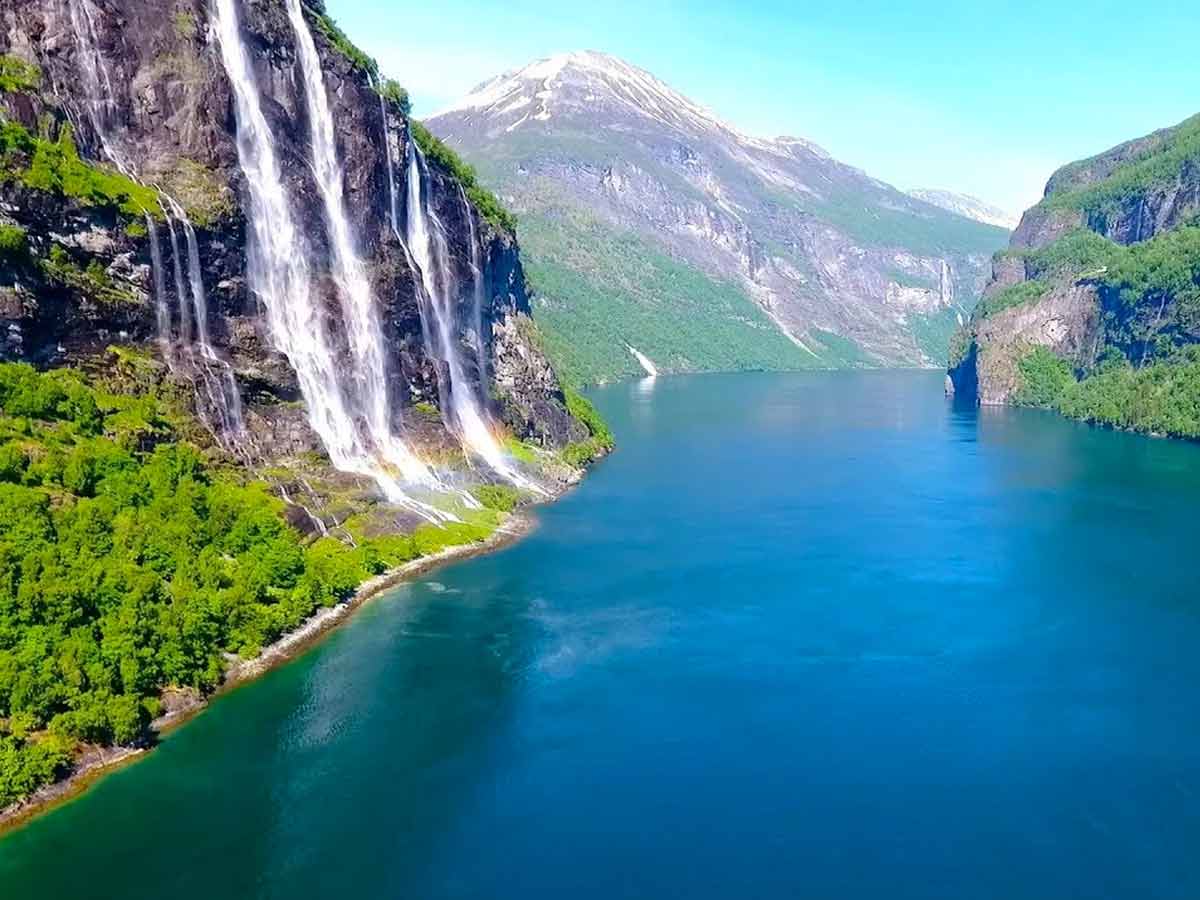 As the name suggests, Seven Sisters Falls is a series of seven waterfalls of different heights. The tallest of these seven waterfalls falls from a height of 250 meters. Falling from tall coastal heights, the system of waterfalls in Norway is a UNESCO World Heritage Site. The waterfall is there to be found along Geirangerfjorden in Norway’s Møre og Romsdal county. The total width of the waterfall is 229 meters. 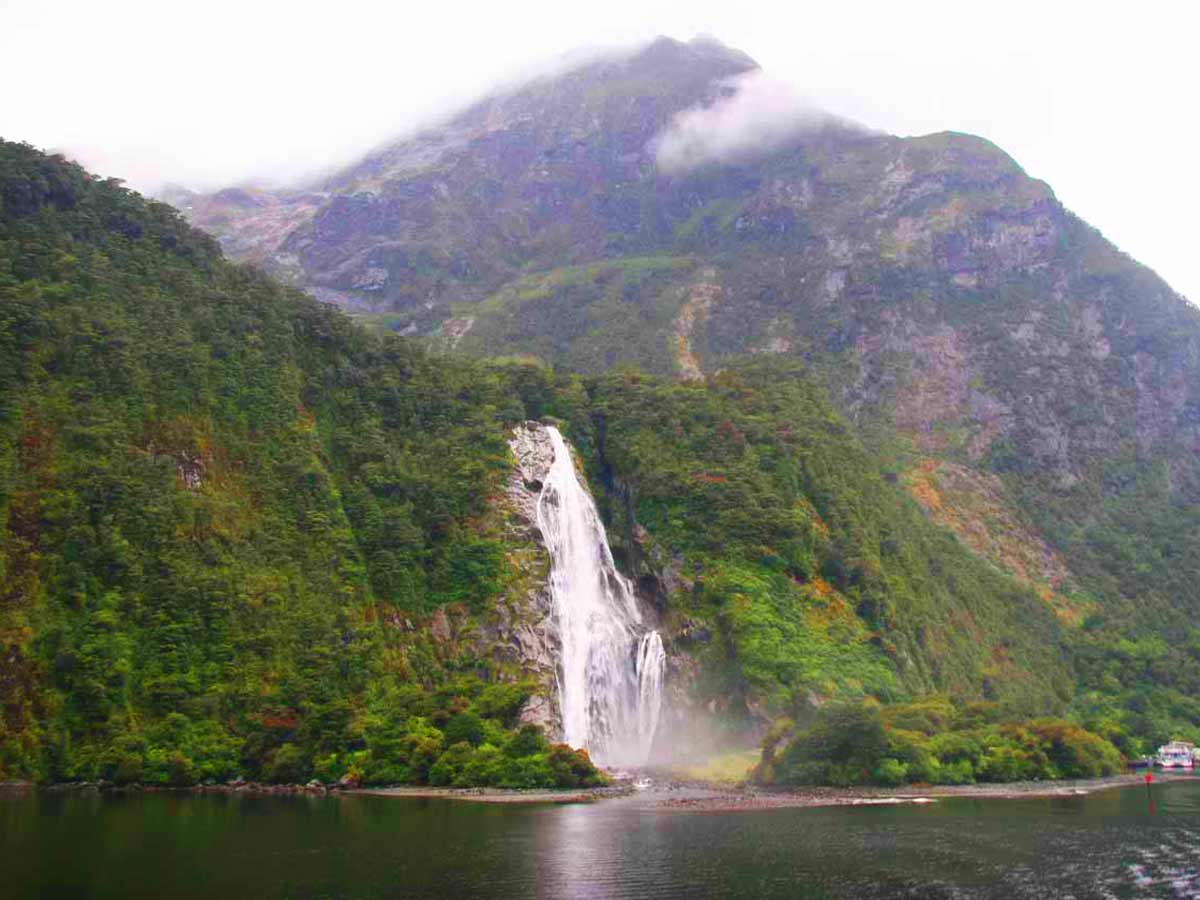 Popularly known as Lady Bowen Falls, Bowen Falls is a prominent tourist destination at Milford Sound in New Zealand. The 162-meter-tall waterfall falls into the Milford Sound head from a gorgeous valley covered with dense green cover giving the entire landscape a breathtaking view. The falls originate from the Bowen river that flows through northern Fiordland.

Also Read, 5 Of the Best Waterfalls In The World 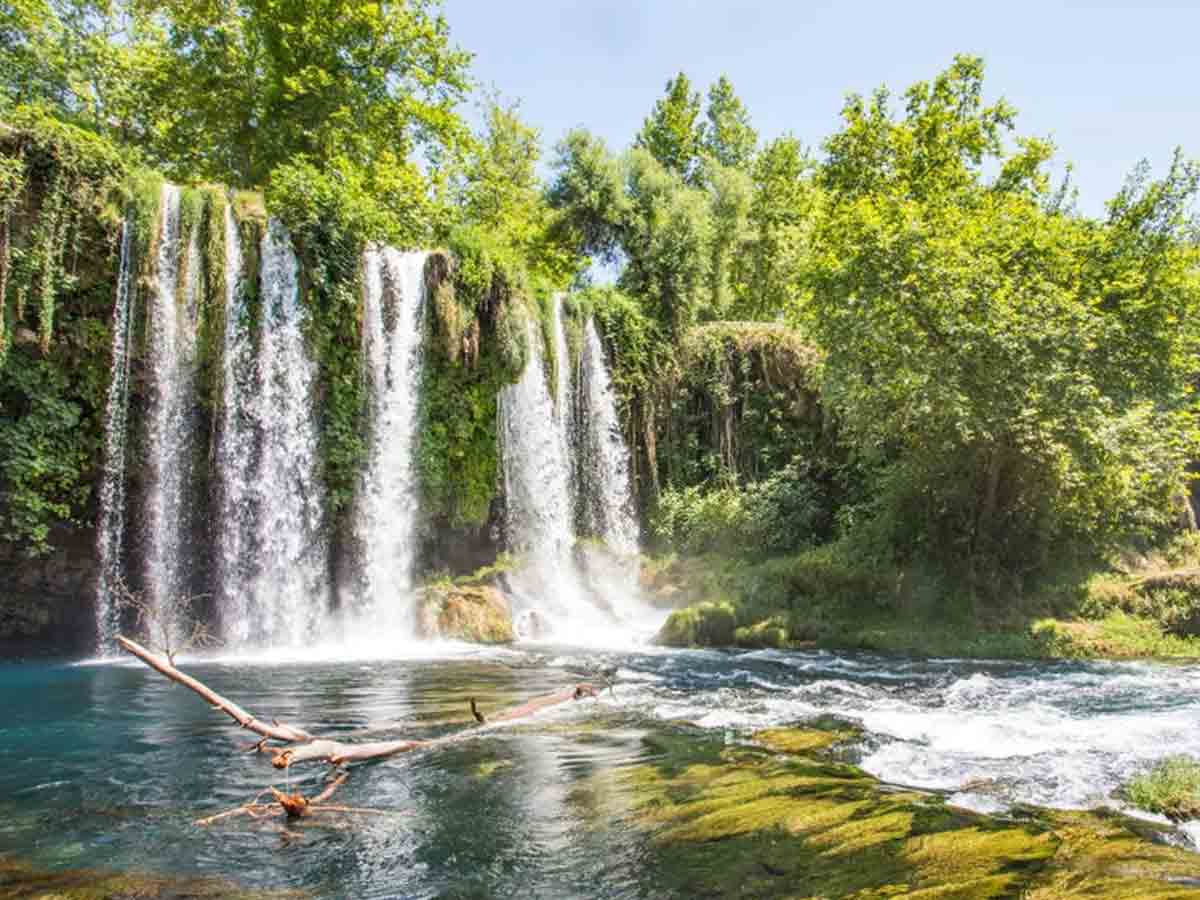 A group of waterfalls in Turkey’s Antalya province gets Duden Waterfall. Unlike most other waterfalls, the system of waterfalls is formed by the water from a recycling station. Falling from a rocky cliff with high-rise buildings at the backdrop, the waterfall enters the Mediterranean sea.

It is probably the most gorgeous and breathtaking waterfall on the list. The 55-meter-tall Mealt Falls enter the Sound of Raasay while creating a picturesque view when falling from the sea cliffs. Located on the Trotternish peninsula’s eastern side in the Scottish Highlands, the waterbody under a clear sky and a scenic landscape at the backdrop is a treat to the eyes. Make sure that you have your camera by your side when you visit this place.