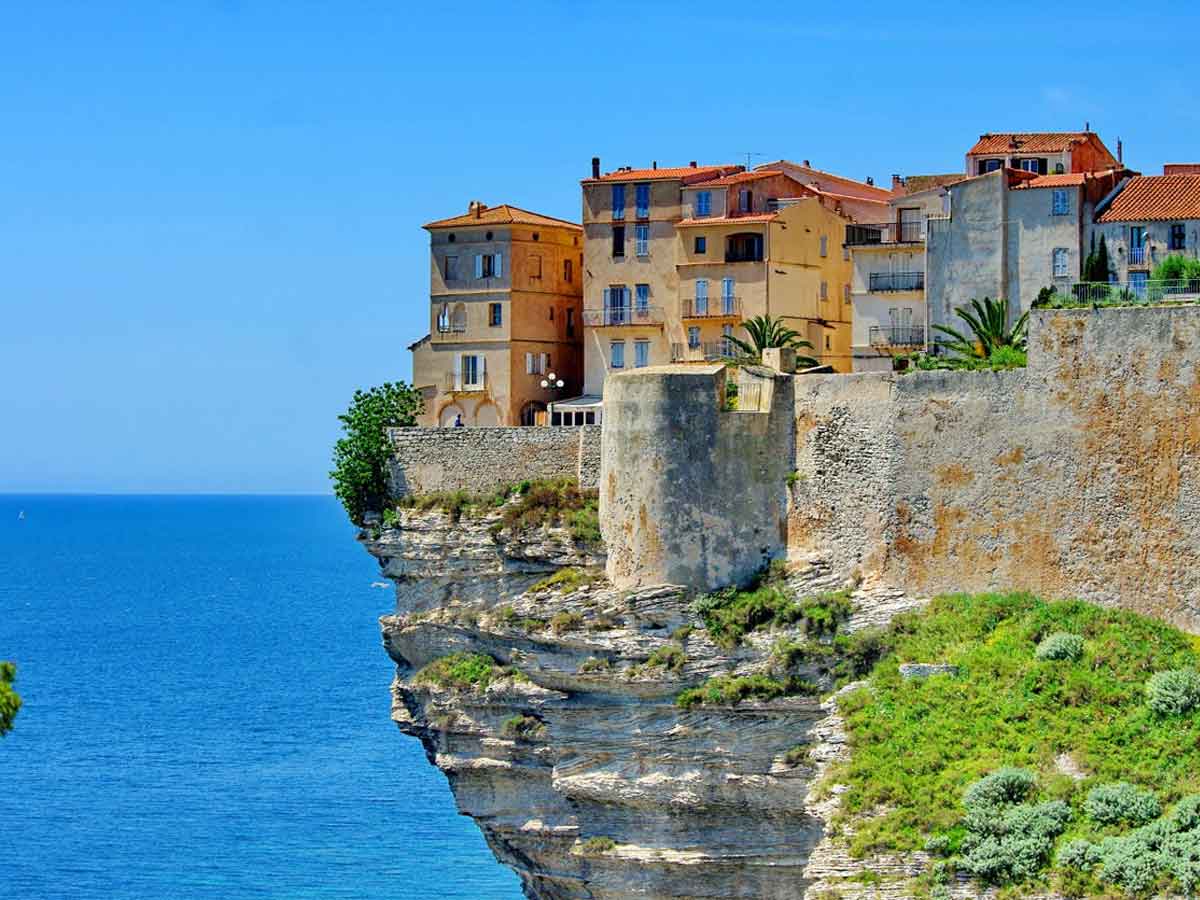 Corsica is a French Island that has emerged as a popular weekend getaway and a honeymoon destination in the past few years. It is a mountainous Mediterranean island that is known for its coastal towns, dense forest and adventurous peaks. Nearly half of the island is actually a park that is famous for its challenging hiking trails. Despite being a part of France, Corsica has an Italian flavour to it. The capital of Corsica is Ajaccio, and it is spread across an area of 8,722 km sq. Corsica has several tourist attractions, and it is a very diverse island with several large cities and remote villages that bring the best of both the worlds.

From mountainous regions to serene white sand beaches, every aspect of Corsica is stunning. Corsica has got the tag “Island of Beauty” and the attractive towns along its coast do full justice to the tag. From its scenic landscapes to mouth watering cuisines and from the unique culture to soulful music, everything about Corsica is worth exploring.

Top Places To Explore In Corsica

Ajaccio is the capital city of Corsica. Known for its spectacular architecture, the colourful town is the birthplace of Napoleon Bonaparte. The narrow streets, stunning historic structures and colourful buildings make staying in the town worthwhile. Top spots to visit in the town include the Place de Gaulle, the Maison Bonaparte, Palais Fesch and the 16th-century Cathédrale d’Ajaccio where Napoleon was baptised.

One of the most lively places on the island, Bastia is a seaside city that is famous for its picturesque harbour and squeezed houses with magnificent mountains in the backdrop. A perfect place for photographers, Bastia is a blend of modern and ancient architecture with its old town being one highlight. The old town is called Terra Vecchia, and it has a lot of important places to visit like the 17th-century Eglise Saint-Jean-Baptiste, the largest church in Corsica; the Baroque Chapelle de l’Immaculée Conception and the Chapelle Saint-Roch. 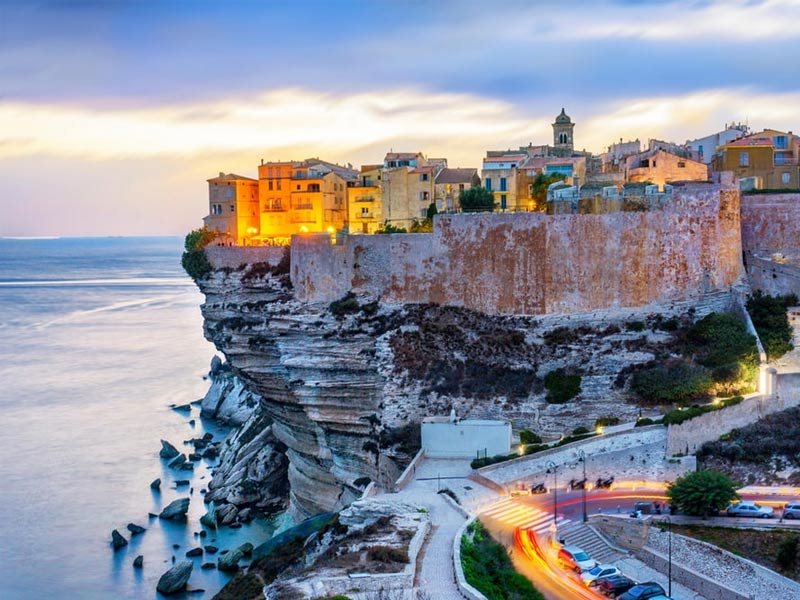 Bonifacio is a fortified town situated on a steep limestone cliff, offering breathtaking views of the sea. The town has been well preserved by the authorities and has an old-world vibe to it. Popular among history buffs for its medieval-era lanes and passings, Bonifacio has a lot of significant historic structures, including the 13th-century Eglise Sainte-Marie-Majeure and the Eglise Saint-Dominique from the same period. The town has several beautiful beaches as well that make it a perfect holiday destination.

Perched atop a granite hilltop at an altitude of 500 meters, Sant’ Antonino is an ancient walled town located amid green mountains in the Balagne region. It is one of the oldest villages in Corsica and has a Moonish heritage which dates back to the 9th century. The cobble streets, medieval alleyways and covered passageways make the ancient town even more special. When in Sant’ Antonino, do not forget to visit the Couvent Saint-Dominique de Corbara.

Bouches de Bonifacio is a UNESCO-listed nature reserve. It is a protected marine environment that includes all of the waters in French territory. Covering an area of over 80,000 hectares, the reserve is home to several rare and protected species of fishes and birds. Bouches de Bonifacio is home to several beautiful beaches that provide a great opportunity for adventure activities like snorkeling and scuba diving.

Belgodere is a fortified medieval village sitting on the slopes of a lush green hill near the coast. With the ruins of a 13th-century castle crowning the top of the hill, Belgodere is a laid back holiday destination, providing magnificent views of the scenic landscapes around the hills. The village is located in the Balagne region and it is a great place to explore historic sites. Do not forget to try local food when in Belgodere.

The GR20 Trail is among the most popular tourist spots on the island. Held in high regard amid adventure junkies, the GR20 trail is said to be the most challenging trail on the island. Not just the island, GR20 is considered as the most challenging long distance hiking trail in Europe. Only those with extraordinary stamina and previous hiking experience can complete the hike. The dramatic landscapes on the route make the hike even more interesting.

A visit to Corsica can’t be complete without exploring the beaches and the Petit Sperone Beach is among the best beaches on the island. Located 5 km from Bonifacio, Petit Sperone is one of the most picturesque beaches on the island and is accessible after a 15 minutes walk. The 90 metre long beach is fitted into a square-shaped bay and is famous for its turquoise water and very calm surroundings. It is a perfect place for a relaxing holiday.

Philibhit: Your Beautiful Getaway near Delhi

Explore the Serenity of Munroe Islands…