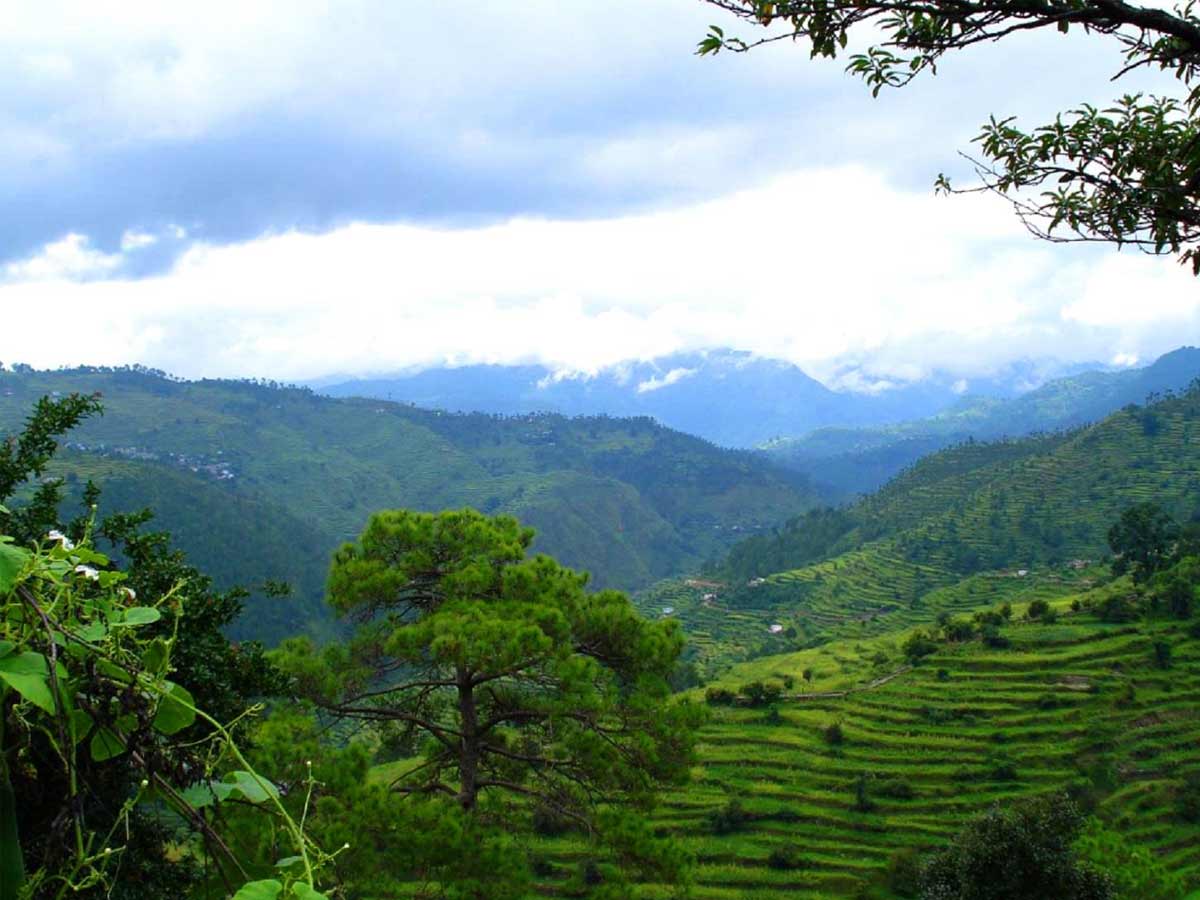 Kausani is a hill station in the Bageshwar district of Uttarakhand. Known for offering a magnificent view of the mighty Himalayas and scenic landscapes, Kausani is situated at an altitude of 1,890 meters. Spanning across an area of 5.2 sq km, Kausani is a breathtaking hill station with pleasing views and a soothing atmosphere. It was once called the Switzerland of India by Mahatma Gandhi. Located 52 km from Almora, Kausani is a part of the Lesser Himalayas.

Most people visit Kausani to enjoy the view of the Himalayan peaks like Trisul, Panchachuli, and Nanda Devi. It is the snow-capped mountains that enhance the glory of the place. Guarded by the majestic Alpine Hills, the village lies in the Kumaon region. It is located 123 km North-East of Nainital.

How to reach Kausani?

Things To Do In Kausani

Kausani is a very popular destination among adventure lovers. Once you reach Kausani, you can explore nearby areas, including a trek to the famous Rudrahari falls and waves. The existence of these caves can be traced back to the Puranic era. These caves are dedicated to Lord Shiva and Lord Vishnu. They can be accessed after the completion of the trek that takes you through adventurous trails. You can also opt for the treks to Kafni, Pindari, and Sundar Dhunga glaciers.

Another specialty that makes Kausani a famous spot among local as well as international travelers is its majestic Tea Estate that exports high quality aromatic and flavourful tea to different parts of the world. Do not forget to buy some good quality tea for yourself at affordable rates. While exploring the Tea Estate, you can also click great pictures for lifelong memories.

As the name suggests, the museum is dedicated to Sumitranandan Pant, the world-renowned poet of the Chhayavadi school of Hindi literature. It was Pant’s childhood house, which has now been converted into a museum. Different works of Pant, including his letters, drafts of poems, articles, and awards, have been put on display at the museum.

A perfect spot for adventure junkies, Rudradhari falls remain hidden between rocks near the puranic era caves. Small cascades surround the base of the fall, converting it into a natural pool. After a small trek from the neighboring Kantali village, one can reach the waterfall and enjoy a bath as well. You can simply chill near the waterfall and relax for a few moments after the trek before visiting the caves and exploring the nearby area on foot.

A place of great cultural and historical significance, Baijnath Temple is located on the banks of the Gomti river. The temple was built in the ancient town of Baijnath and was named after it. It is a series of several small and big temples dedicated to Lord Shiva. Boasting of the jaw-dropping early medieval north Indian temple architecture, the unique construction style, golden era carvings, and the beautiful sculptures are a treat for the eyes.