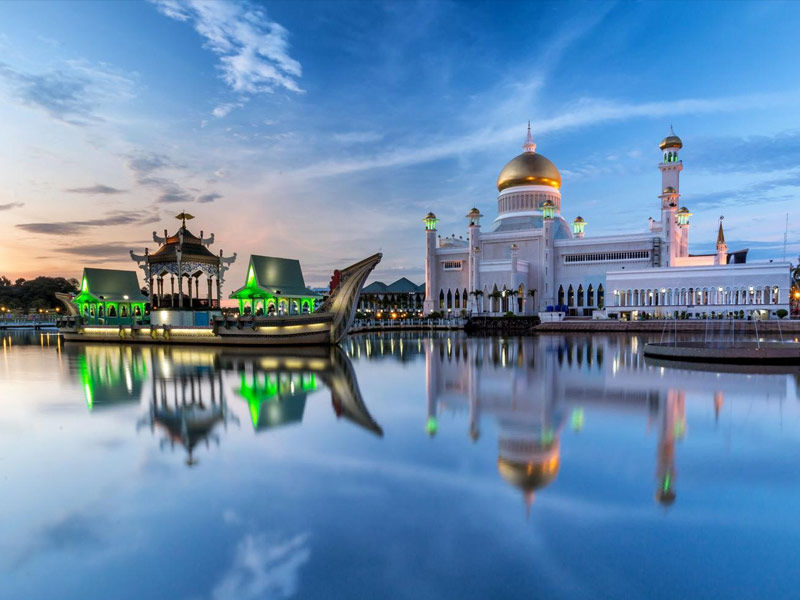 Which is the Richest Country in the world? Here is your answer!

Some extremely small and highly prosperous countries, such as Luxembourg, Singapore, and Hong Kong, benefit from sophisticated financial sectors and tax regimes that help attract foreign investments and professional talent. Others, such as Qatar and Brunei, have substantial reserves of hydrocarbons or other valuable natural resources.

All the data is taken from World Bank, Click here 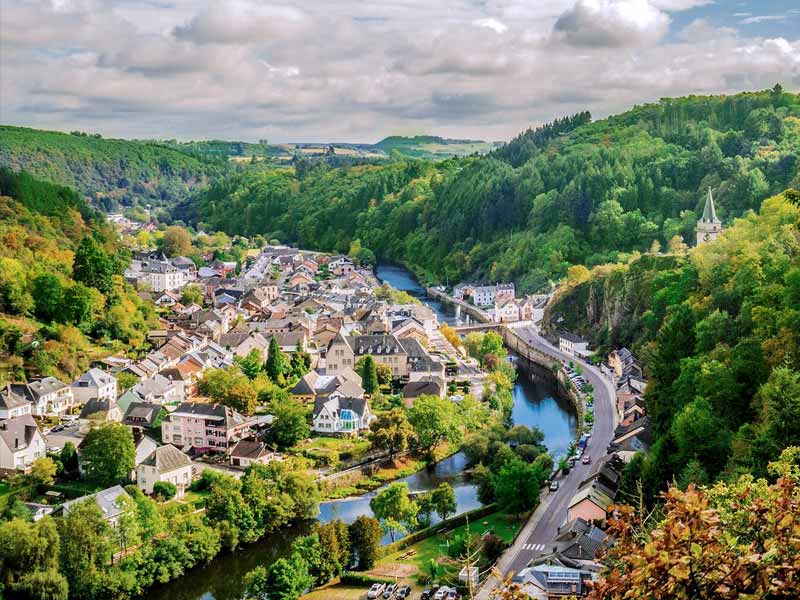 It is worth a visit for its castles and gorgeous landscapes, as well as its cultural festivals and gourmet specialties. You may even open an offshore account with one of its banks and never leave, as many people do. It’s a shame because a tiny nation of around 625,000 people, located in the center of Europe, has a lot to offer both tourists and locals. Luxembourg devotes a considerable portion of its income to providing better housing, healthcare, and education to its citizens, who have by far the greatest standard of living in the Eurozone.

Nonetheless, while the global financial crisis and EU and OECD pressure to decrease banking secrecy had little effect on the economy, the coronavirus pandemic prompted several firms to close and people to lose their employment.

Luxembourg has fared better than most of its European neighbors due to robust testing and contact tracking mechanisms. As a result, the grand duchy’s GDP will increase by 4% in 2021, up from -1.3% in 2020. In 2014, the country surpassed $100,000 in per capita GDP and had never looked back since. Even a pandemic wouldn’t be able to change it. 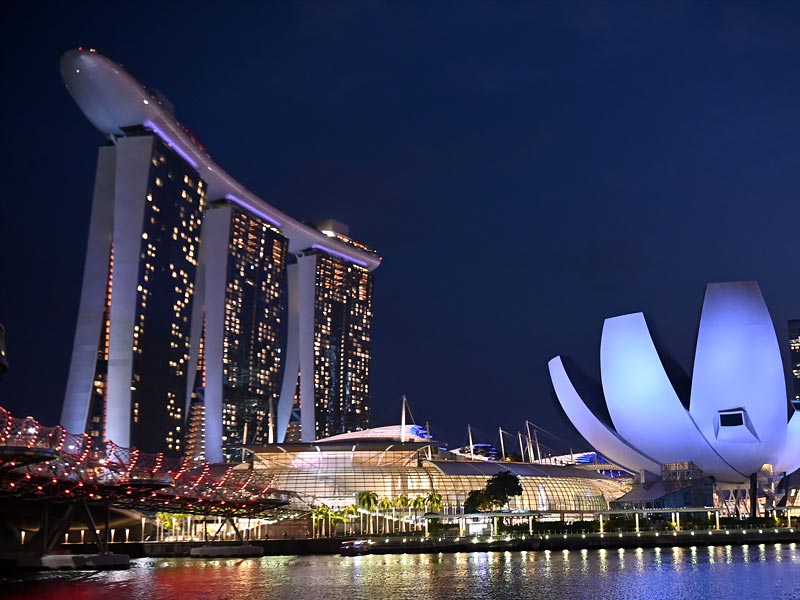 With a net worth of $23 billion, restaurateur Zhang Yong is the richest person in Singapore; 93-year-old Goh Cheng Liang, the founder of one of the world’s largest paint manufacturers, comes in second with a $21.7 billion fortune. Eduardo Saverin, the co-founder of Facebook, who departed the United States in 2011 with 53 million shares of the firm and became a permanent resident of the island nation, comes in third place with assets of roughly $15 billion (much to the surprise of some). Saverin chose Singapore not only for its metropolitan attractions or natural wonders but also because it is a wealthy fiscal haven where capital gains and dividends are tax-free.

One-half of the city-population state was illiterate when it gained independence in 1965. With almost no natural resources, Singapore pulled itself up by the bootstraps through hard labor and clever legislation, becoming one of the world’s most business-friendly places. Singapore is currently a booming trade, manufacturing, and financial center (most importantly, 98 percent of the adult population is now literate). That is not to suggest it has been immune to the impact of the global downturn: the GDP fell 5.4 percent in 2020, plunging the country into recession for the first time in more than a decade. 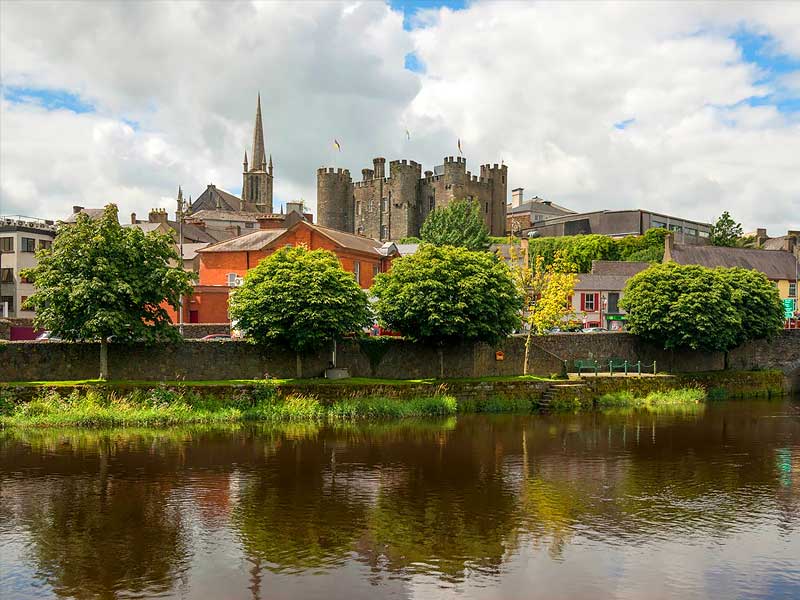 Ireland appeared to be unstoppable. While the rest of Europe was dealing with various uncertainties (Brexit, trade tensions with the United States, refugee and migrant problems, to mention a few), the Irish economy just kept humming along: in 2019, while the Eurozone grew by just 1.2 percent, Ireland expanded by more than 5.9 percent, cementing its position as the continent’s fastest-growing country. All of that changed in 2020 when economic growth was more than halved compared to prior levels. Still, it is anticipated to return well this year.

Ireland, a country of fewer than 5 million people, was one of the hardest hit by the 2008 financial crisis. Following politically challenging reform measures such as severe salary cutbacks in the public sector and reforming its banking industry. The island nation regained fiscal health, increased employment rates, and saw its per capita GDP nearly double in a short period. 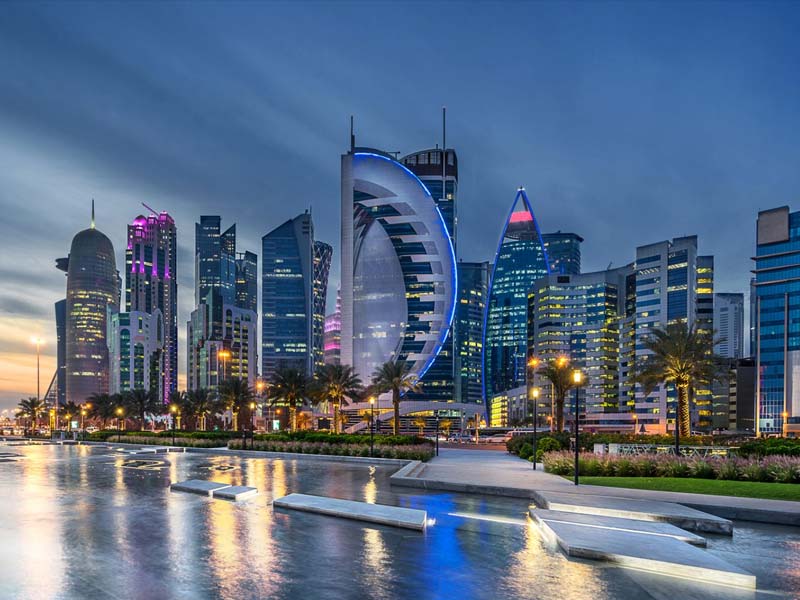 Qatar is one of the wealthiest countries in the world, with a GNP per capita of $116,799, more than $20,000 greater than any other country. The country has greater oil reserves than all but two other countries globally, accounting for 13% of the global supply. Every year, this natural resource brings tens of billions of dollars for the country of fewer than 3 million people. Oil income helps to support the country’s government services. Petroleum accounts for nearly all of Qatar’s exports, accounting for 87 percent of total exports. 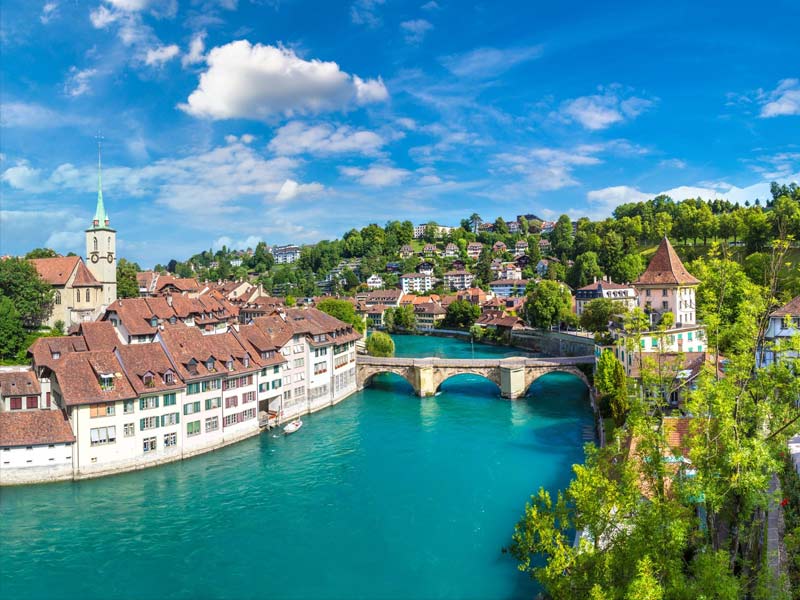 Switzerland, one of the world’s richest countries, has a GNP per capita of $58,138. Despite Switzerland’s varied economy, gold accounts for the vast majority of its exports. In 2017, gold accounted for over a quarter of the country’s $285 billion in exports. Despite its small population of fewer than 8.5 million people, Switzerland is one of the countries that control a significant portion of the world’s gold.

Switzerland mostly depends on innovation to generate economic growth, investing the equivalent of 3.4 percent of its GDP in R&D – the world’s third-highest rate. 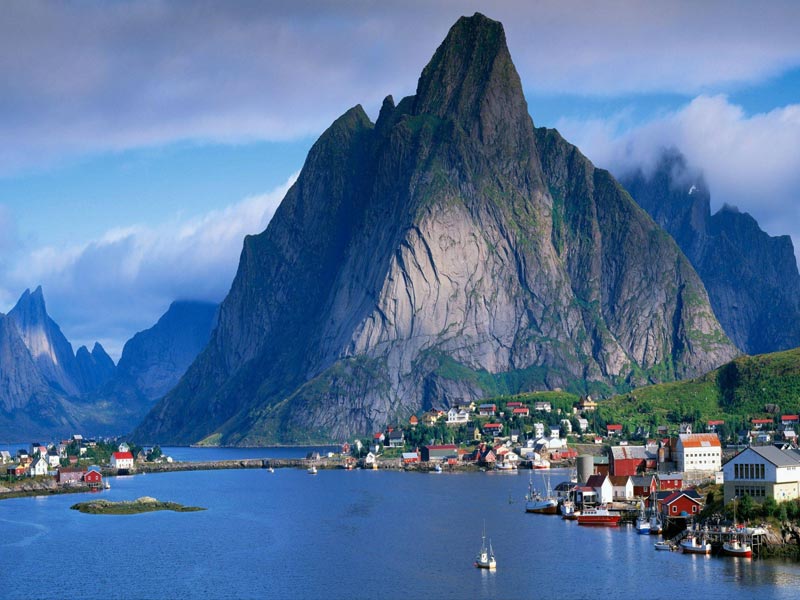 Norway has one of the best healthcare systems in the world. Life expectancy in the country is 82.5 years, which is more than a decade higher than the worldwide average. Norway also boasts one of the lowest maternal and child mortality rates for children under the age of five. 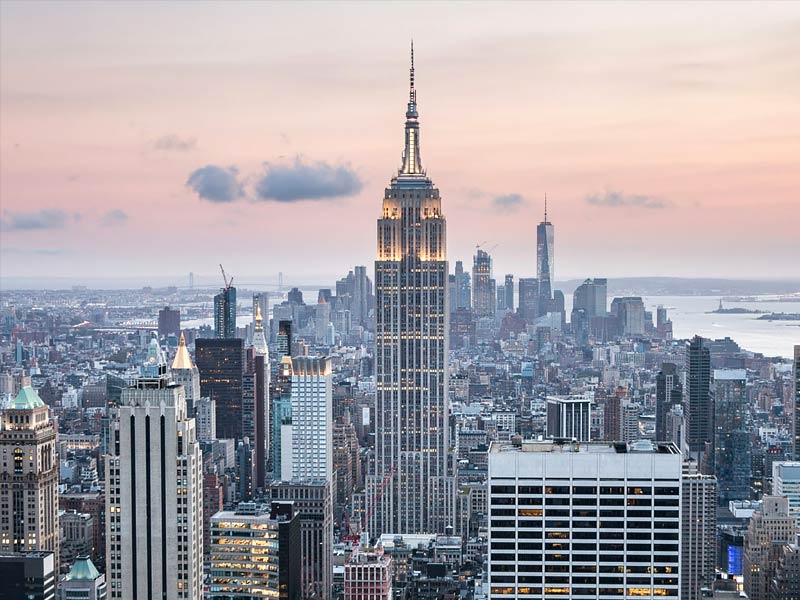 The United States is one of the wealthiest countries in the world, with a GNP per capita of more than $55,000. With such relative wealth, the United States has been a popular destination for immigrants. The country reported net migration of 4.5 million individuals in 2017, the largest amount of any country globally.

The US does not rely greatly on exports. The entire value of US exports of goods and services is only 12.1 percent of GDP, the lowest percentage on this list and one of the lowest in the world. To put this in context, exports account for an average of 29.4 percent of world GDP. The United States has the highest level of income disparity among the 25 richest countries for which data is available.

In 2017, petroleum accounted for more than 90% of Brunei’s exports. The relatively small Southeast Asian country has grown as one of the world’s wealthiest due to its rich precious resources, with a GNP per capita of over $76,000. Citizens of the nation do not have to pay taxes and still receive excellent public-sector services.

However, the country is not without economic and social challenges. Citizens can be stoned for adultery and have a limb severed for offenses such as theft under Sharia law. Brunei also has the highest unemployment rate (9.2 percent) among the 25 richest countries. Globally, the unemployment rate is less than 5%. 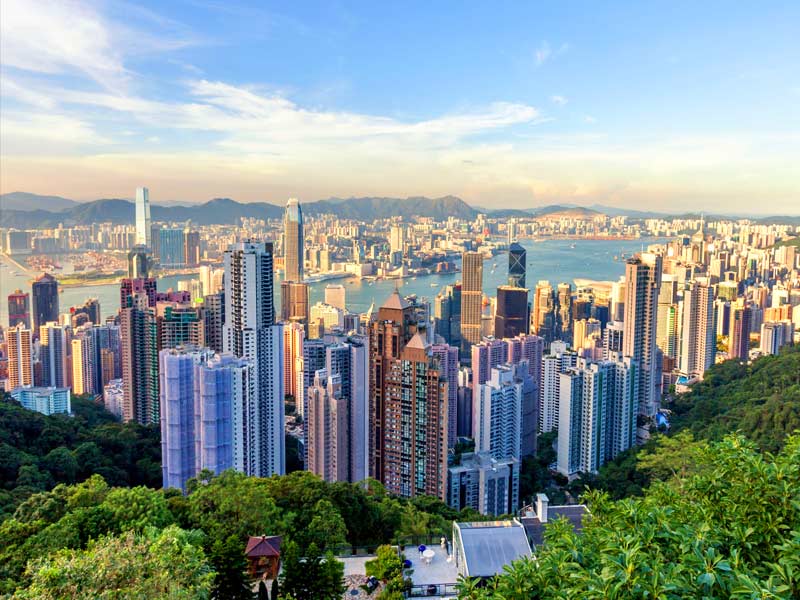 Hong Kong is not a fully autonomous country but rather a Chinese special administrative area. However, it has its own robust economy, with a GDP of $414.3 billion and a GNP per capita of $58,420 per person. Hong Kong is not only one of the wealthiest countries in the world, but it is also one of the healthiest. The country’s average life expectancy at birth is 84.7 years, which is more than 12 years longer than the worldwide average and roughly six years longer than that of the United States. 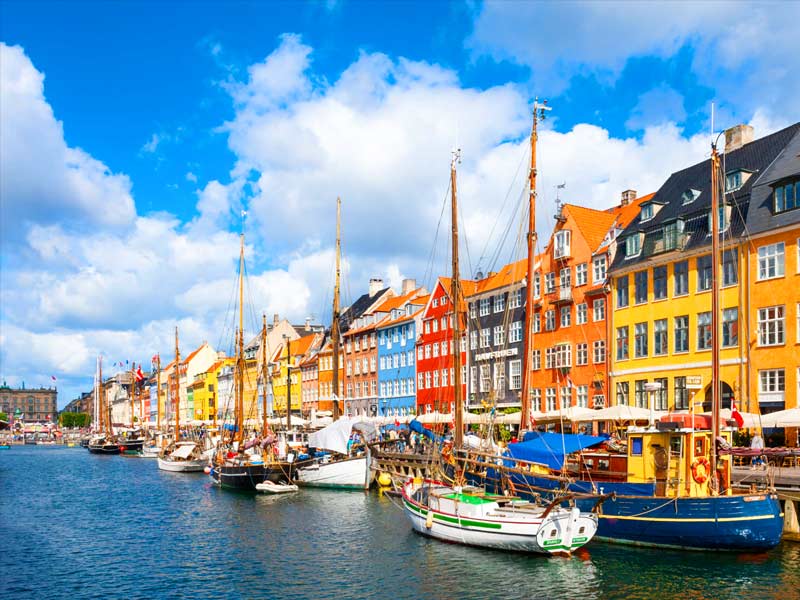 Denmark has one of the greatest per capita GDPs in the world, at more than $48,000. The country’s economy is varied, with billions of dollars in exports of equipment, chemicals, animal products, and other consumables. Denmark’s exports are dominated by packaged pharmaceuticals.