Home Society Environment Plastic Pollution; The Earth is suffocating, and it’s our fault 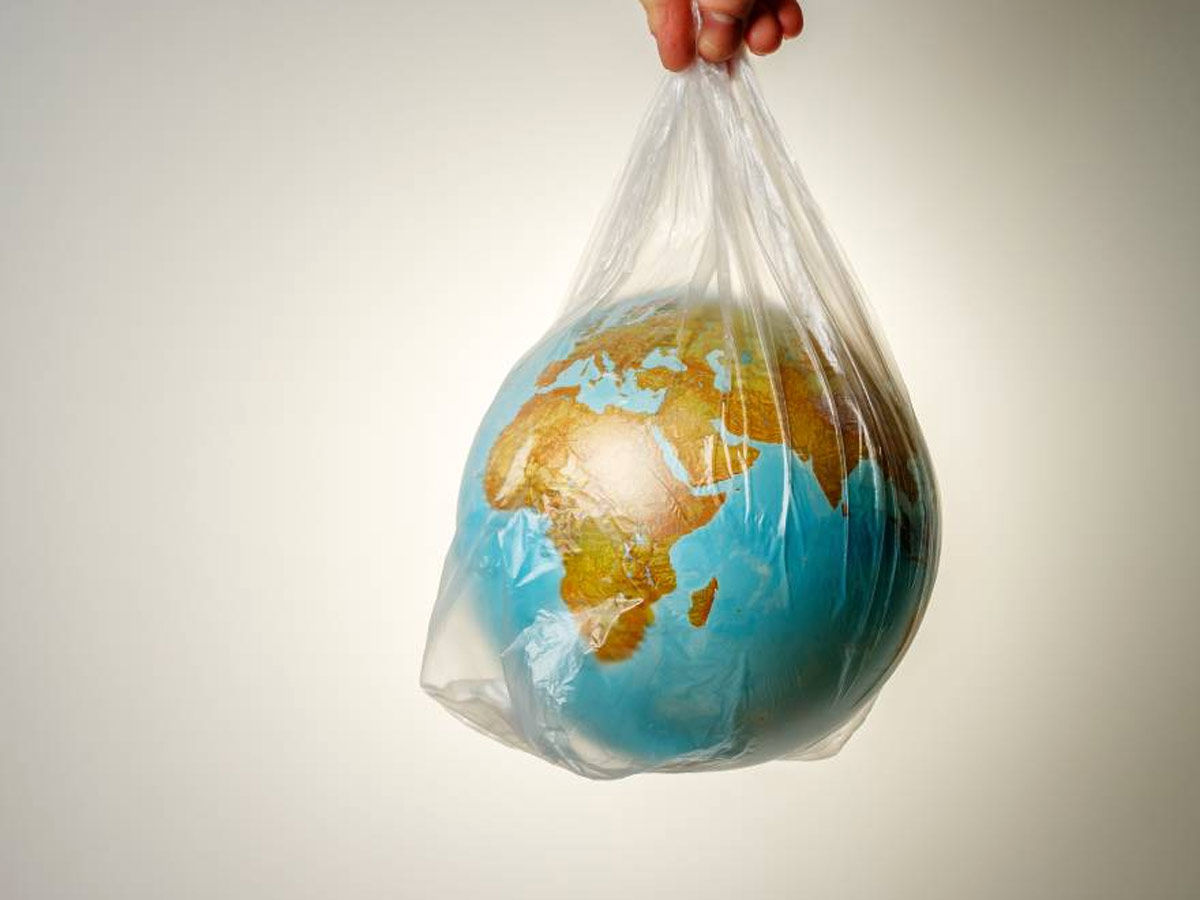 Plastic manufacture is predicted to account for 15% of worldwide carbon emissions by 2050. Can we take control of the situation? Can we control Plastic Pollution?

The buildup of plastic items and particles in the Earth’s ecosystem harms animals, animal habitats, and people. Much of the globe is covered in waste plastic, endangering animal and potentially human health. Yet, a solution to this pollution is within our control.

On the other hand, plastic was discovered to be a chronic pollutant that affected numerous environmental niches by the end of the twentieth century. They could be found from the peaks of Mountains to Ocean beds. And eventually gained increased attention as a large-scale pollutant. Whether they are mistaken for food by animals, low-lying flood regions block drainage systems or create hindrances to a city’s cleanliness. It is universally agreed that plastic pollution is one of the top 3 pollutions present on our Planet.

What caused this problem? 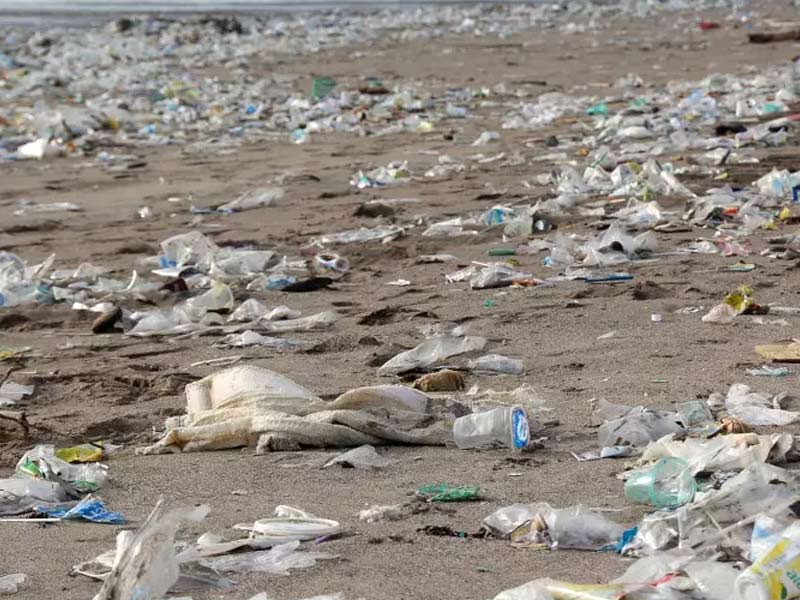 Following WWII, the production and creation of hundreds of new plastic goods skyrocketed, altering the modern period to the point that living without plastics would be unrecognizable today. Plastics changed medicine with lightened vehicles and airplanes, reducing fuel use and pollution, and saved lives with helmets and equipment for safe drinking water. However, the comforts that plastics provided have resulted in a throwaway mentality that exposes the material’s dark side.

Now, single-use plastics account for almost half of plastic pollution each year. Although many of these goods have a short lifespan, they can remain for hundreds of years on the Earth’s surface. So, the cause of this disaster can be attributed to the laid-back attitude that human society has adopted (the throwaway mentality). 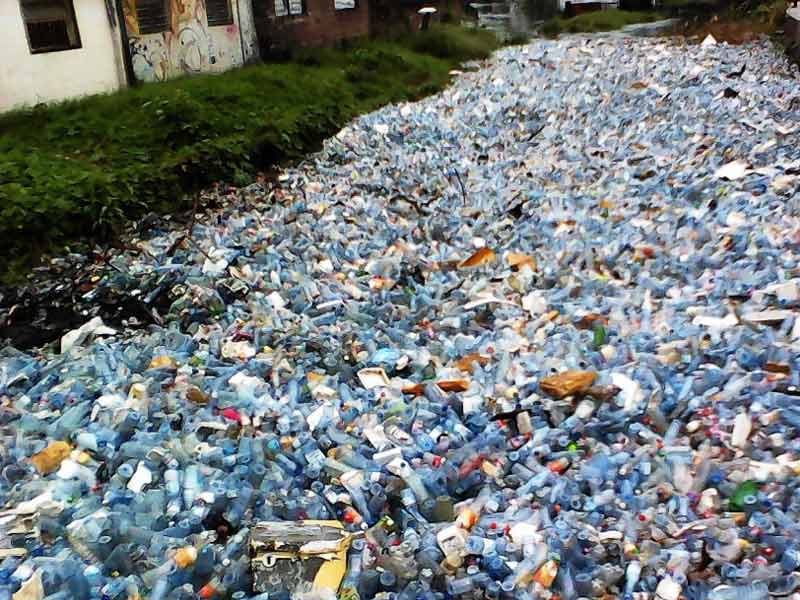 Plastic pollution has both terrestrial and aquatic consequences. Regarding terrestrial plastic pollution, it is observed that plastics cause things like flooding when drainage systems get blocked with plastic bags, films, and other objects. Plastic pollutants have also been detected in the stomachs of land birds, such as the California condor, and animals that habitually eat on trash dumps, such as India’s cows, who developed intestinal blockages caused by plastic wrappings that they had eaten on the roadside. Plastic does not have a higher mass than other primary waste components.

Still, it takes up a disproportionately big volume due to its durability. The scavenging poor are commonly found living close to or even atop mounds of remnant plastics as rubbish dumps extend into residential areas. With Mumbai having the largest garbage slum globally, plastic pollution on Land is largely found in India; specifically, in cities like Delhi and Mumbai. The ‘Garbage Mountain’ that greets the netizens of Faridabad is the largest garbage dumping zone in the whole country and has ironically garnered many tourist attractions. 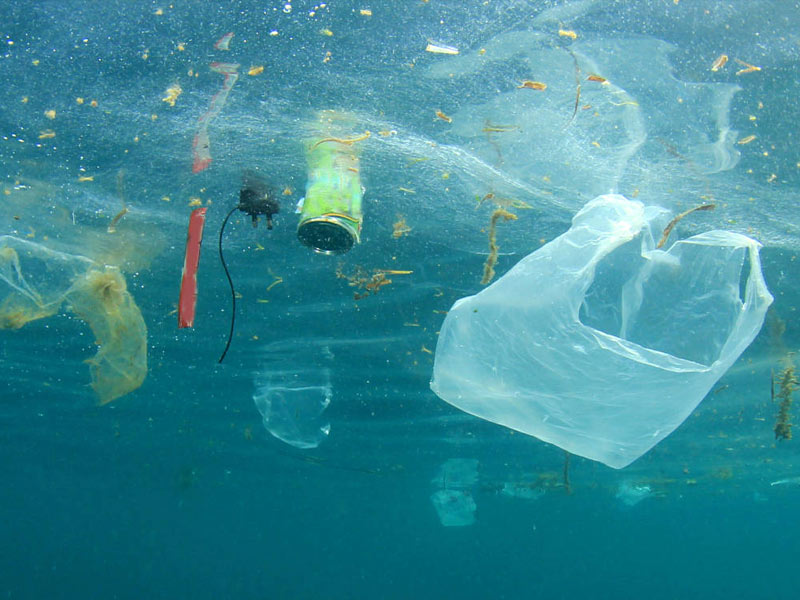 Living organisms like small zooplankton, big cetaceans, seabirds, and marine turtles have been discovered to consume plastic fragments and waste such as cigarette lighters, plastic bags, and bottle caps to recent studies. It was also observed that bigger plastic pieces eventually broke down into microplastics, making them available to zooplankton and other small marine organisms for harmful consumption.

It is also horrifyingly note-worthy that Microplastics had also been discovered in the organs of over 114 aquatic species by 2018, including those that could only be found in the deepest ocean abyss. By 2020, scientists anticipated that at least 14 million metric tons of microplastic were present on the seabed, a very speedy but dangerous increase in numbers. Researches have also observed how levels of polychlorinated biphenyl (PCB), a lubricant and insulator which is now largely prohibited, has been shown to have grown considerably in the organs of streaking shearwaters (a seabird species) due to the plastic pollution in their environment.

We can also see many YouTube videos where animal activists scout beaches to help marine creatures that have become entangled in plastic objects; Organizations like Green Peace are a major contributor to these rescue operations. 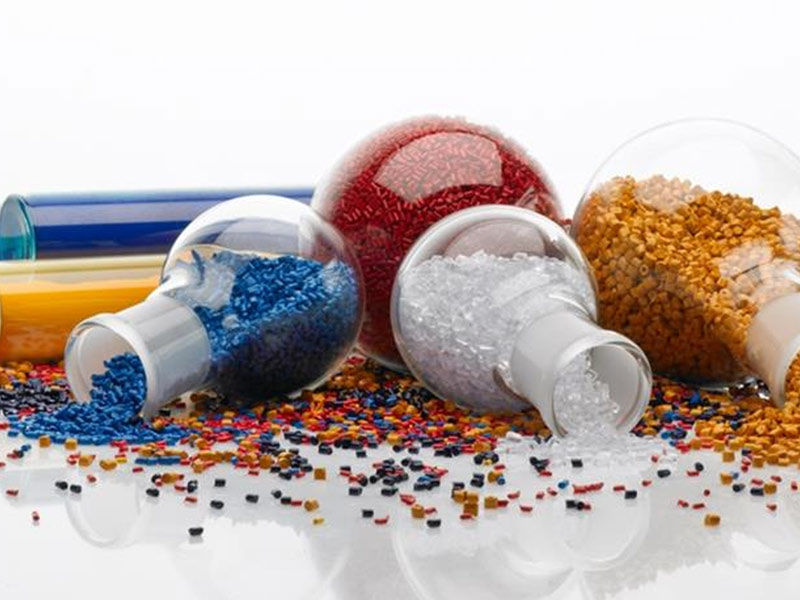 Plastic pollutes even when it is not discarded, especially by releasing chemicals utilized in its production. Contamination of the environment caused by chemicals leached from plastics into the air and water is a growing problem. As a result, several plastics chemicals, such as phthalates, bisphenol A (BPA), and polybrominated diphenyl ether (PBDE), have been subjected to increased scrutiny and regulation. And much to our horror, all of these chemicals have been found in people and are known to cause endocrine system disruptions. Phthalates are anti-androgens because they work against male hormones.

BPA mimics the natural female hormone estrogen; PBDE has been found to affect thyroid hormones in addition to being an anti-androgen. Children and women of reproductive age are the most sensitive to such hormone-disrupting substances. These substances have also been linked to hormone disruption in animals living in terrestrial, aquatic, and marine environments. In laboratory animals, effects are apparent at blood levels lower than those observed in the average developed-country inhabitant.

Solutions for Plastic pollution are easily achievable and within our grasp as well. We just need to emphasize avoiding incorrect disposal and banning the usage of certain plastic objects. Littering fines are very difficult to execute because of the unruly nature of some people. However, different surcharges or outright bans on foamed food containers and plastic shopping bags, and bottled water to recycling centers have become highly common and practiced, with Japan being the leading country to strictly follow recycling rules and regulations. 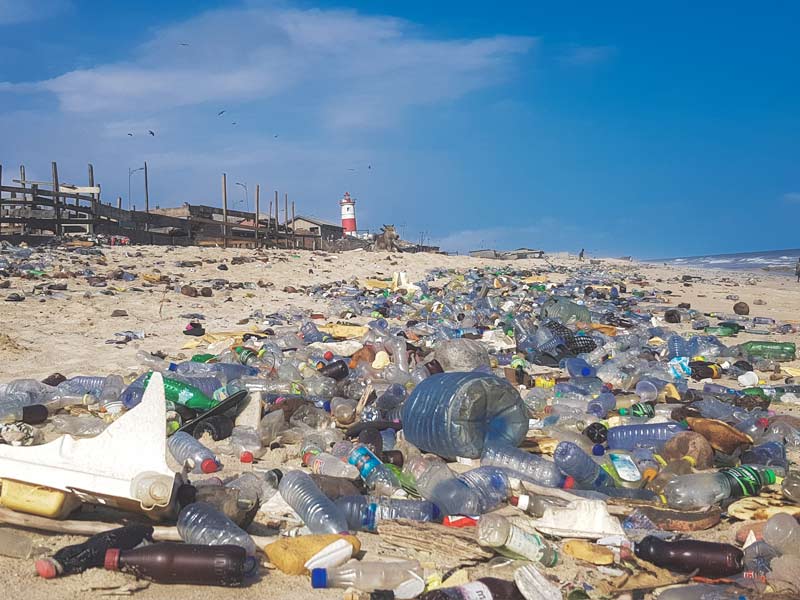 There’s also the recently proposed extended producer responsibility, or EPR, which holds producers of specific plastic goods accountable for developing a marketing strategy to collect and recycle the plastic or non-biodegradable goods they’ve distributed. Companies have also begun to use their brands to raise awareness about plastic waste. According to companies like Innisfree, customers may get a discount if they return their skincare products’ plastic containers. Other solutions to plastic pollution include:

Although Plastic pollution is still rampant today, Governments and the general public worldwide are becoming more aware of the terrible repercussions of plastic pollution. Innovative solutions, such as increased usage of biodegradable plastics and a “zero waste” attitude, are being accepted.

We have to Stop laminating the Earth!