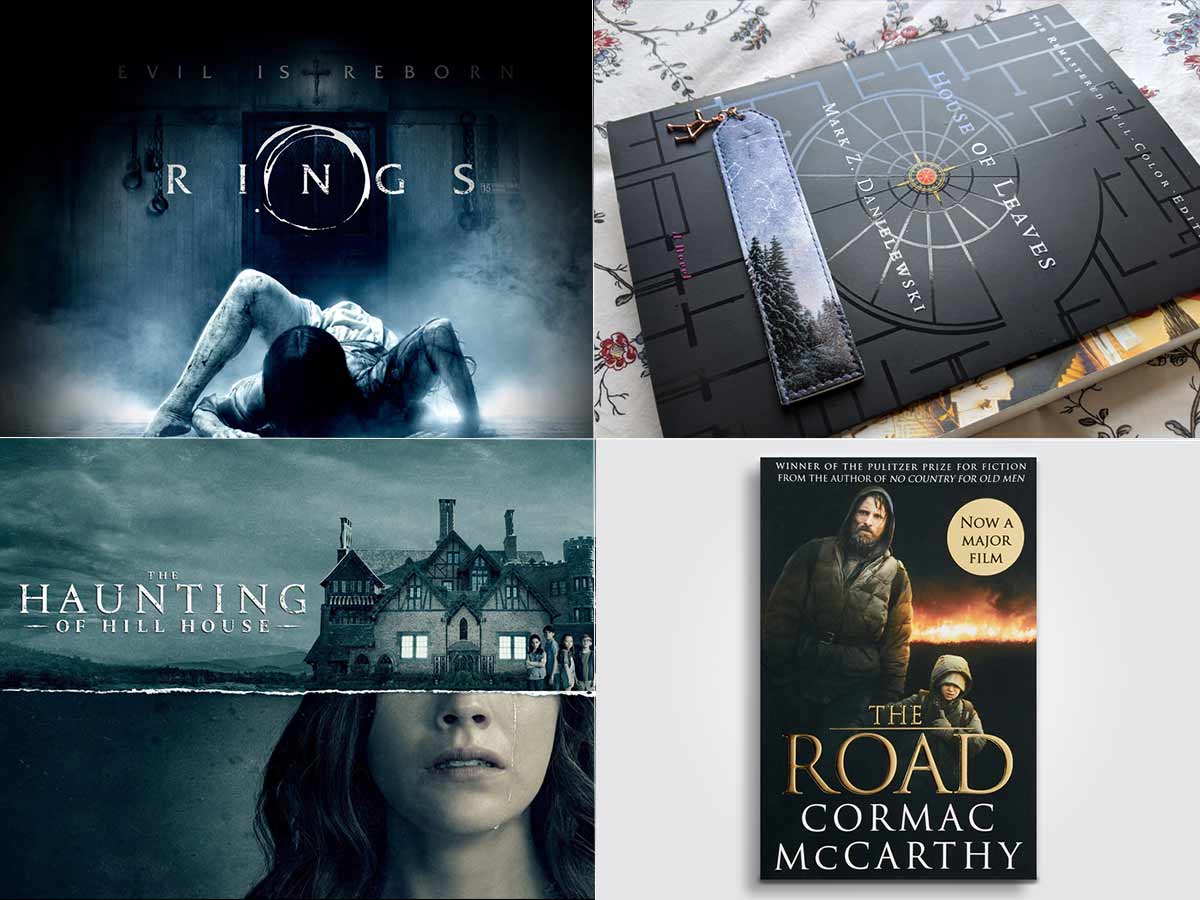 Readers are taken on a chilling journey by Horror Books. The genre is purposefully dark and designed to frighten those who immerse themselves in it. Instead, they plunge into the depths of their own emotions, traversing the boundaries of their own hearts. This fiction style draws readers into the depths of their own brains by traversing humanity’s deepest concerns. And who knows what they’ll discover within! The best horror books have a smooth delivery that allows readers to forget about their daily life.

Horror books aren’t for the faint of heart. They’re eerie, unsettling, and occasionally downright disturbing. The finest ones stay with you long after you’ve finished the last page, frequently because they get into our most primal fears as humans. While many of us mistake thriller and horror literature for the same thing, they’re actually siblings, not twins.

Here is the list of the 6 best horror books to cold your heart, mind, and body with fear.

1. The Haunting of Hill House

Shirley Jackson’s The Haunting of Hill Home is a classic horror novel largely regarded as the best-haunted house story of all time. This 208-page book, published by Viking in 1959, was a National Book Award finalist.

The protagonists in The Haunting of Hill House include Eleanor Vance, Theodora, Luke Sanderson, and Dr. John Montague. He has asked the others to spend some time with him at Hill House, a historic house. Dr. Montague hopes to collect scientific proof from backing up his supernatural beliefs. The guests experience unusual events as their stay at Hill House progresses, albeit Eleanor appears to observe most of these occurrences. The horror book was commended for delving into the minds and psyches of the folks that came to visit Hill House. Rather than focusing on outwardly frightening events,

Mark Z. Danielewski’s House of Leaves is a truly unique and, at times, mind-boggling horror novel. Pantheon published this 709-page book in 2000. It contains a perplexing layout and an honest and often humorous critique of academics.

The story of House of Leaves is delivered by numerous narrators, each of whom is identified by a different typeface. These narrators frequently converse with one another. The story opens with Johnny Truant, a LA tattoo artist looking for a new place to live. Truant chooses to go to the apartment of a recently deceased elderly man after hearing about it from a friend. Mark Z. Danielewski’s Mansion of Leaves creates a tight and claustrophobic environment. While most people believe this horror book is solely horror and dread, the author has emphasized that it is also a love story. Regardless of genre, this horror novel is a literary masterpiece.

Bram Stoker’s Dracula is unquestionably one of the most iconic horror novels of all time. This 336-page book, printed in 1897 by Archibald Constable & Company, is told as a succession of documents, including letters, journal entries, and articles. Dracula portrays Jonathan Harker, an Englishman solicitor dispatched to Count Dracula’s castle in Transylvania to provide legal support for a real estate transaction managed by Harker’s company.

Although Dracula was not an instant success, some critics felt that Stoker was on par with Mary Shelley and Edgar Allan Poe. After the stage and film adaptations were released, audiences began to read the original book to better grasp the plot. Bram Stoker’s Dracula not only introduced the world to the renowned character of Count Dracula, but it also established the vampire horror fiction genre. If you want to get your feet wet in the horror genre, we recommend starting with this classic.

Also Read, Compelling Books that will Ignite your Wanderlust…

Cormac McCarthy’s The Road is a tragic post-apocalyptic horror novel. This 287-page book, published by Alfred A. Knopf, Inc. in 2006, received the Pulitzer Prize for Fiction. The Road depicts a father and son as they strive to survive in a post-apocalyptic North America. It is revealed that the boy’s mother committed herself in the aftermath of the tragedy, which coated the land in ash and killed many living things.

Cormac McCarthy’s The Road has won acclaim for its unique father-son story and disturbing premise of existence after the world’s end. Although some parts are exceptionally violent and tough to read, the novel is eventually worthwhile. This is without a doubt one of the best horror books ever written.

Toni Morrison’s Beloved is an achingly beautiful work of literature. This 321-page horror book, released by Alfred A. Knopf, Inc. in 1987, received the Pulitzer Prize for Fiction and was a finalist for the National Book Award. Beloved follows Sethe, a former slave, and Denver, her 18-year-old daughter. Even after Civil War, the couple flees in captivity. It finishes up in Cincinnati, where they live in a house that has been haunted for years by an abusive and vindictive spirit.

Toni Morrison’s Beloved is not only a great work of literature, but it is also a vital one, as it tackles the emotional horrors of slavery. Though some commentators have questioned whether this novel is horror or drama, it is undeniably unsettling and harrowing.

The ring is a scary and frightening supernatural horror book by Koji Suzuki. This 282-page Japanese book, published by Kadokawa Shoten in 1991, inspired the film The Ring. The suspicious deaths of four teens in Tokyo set the tone for Ring. Kazuyuki Asakawa, a journalist and a cousin of one of the teens, begins his investigation into the peculiar circumstances.

The Ring just gives the basic story of Sadako and her plan for retaliation against those who have harmed her. Beyond pure terror, the book reads like a mystery novel, with the protagonists delving into the cassette’s secrets.

Koji Suzuki’s Ring creates a tight and dramatic environment and generates deep sentiments of dread and anxiety. With such a fascinating premise, it’s understandable that other artists would want to adapt it into several films.