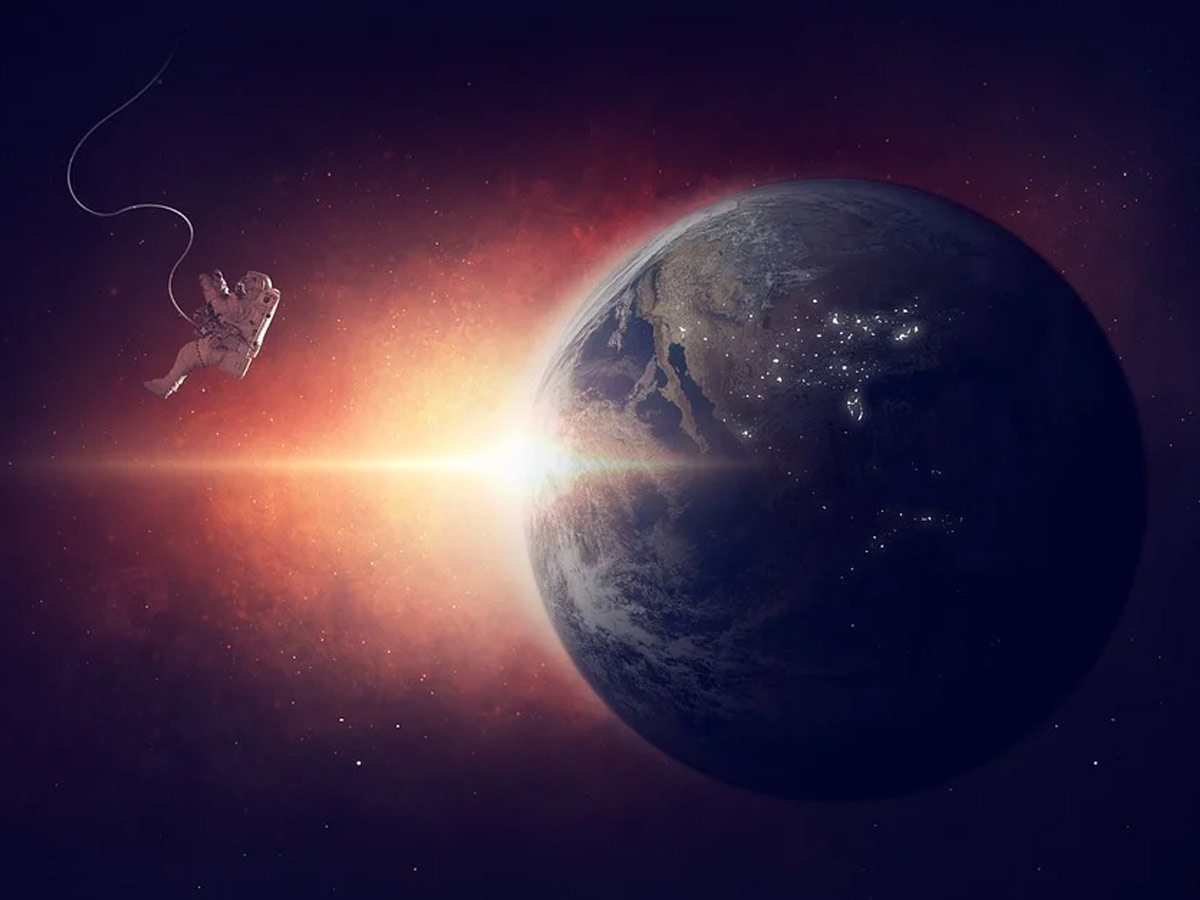 The Earth is the third closest planet to the Sun and the only known astronomical object to support life. Land, which consists of continents and islands, covers approximately 29 percent of the Earth’s surface. The remaining 71 percent is filled by water, mainly in the form of oceans, seas, gulfs, and other saltwater bodies and lakes, rivers, and other freshwater bodies, which comprise the hydrosphere. The polar regions of the Earth are often frozen in ice. The Earth’s outer layer is divided into many rigid tectonic plates that move over the surface over millions of years. The Earth’s interior remains active, with a solid iron inner core, a liquid outer core that produces the magnetic field, and a solid iron outer core. As well as a convective mantle that propels plate tectonics.

The majority of the atmosphere on Earth is made up of nitrogen and oxygen. Tropical regions gain more solar energy than polar regions, redistributed by atmospheric and ocean circulation. Greenhouse gases are also critical in controlling the surface temperature. The climate of an area is determined by latitude and elevation and proximity to moderating oceans, among other factors. Harsh weather, such as tropical cyclones, thunderstorms, and heatwaves, occurs in almost every region and significantly affects life.

Earth’s gravity interacts with other objects in space, especially the Sun and the Moon, Earth’s only natural satellite. The Earth orbits the Sun in around 365.25 days. Seasons occur on Earth since the Earth’s axis of rotation is rotated concerning its orbital plane. The gravitational interaction between Earth and the Moon induces tides, stabilizes the Earth’s orientation on its axis, and eventually slows its rotation. Earth is the most massive and densest planet in the Solar System and the largest and densest of the four rocky planets. 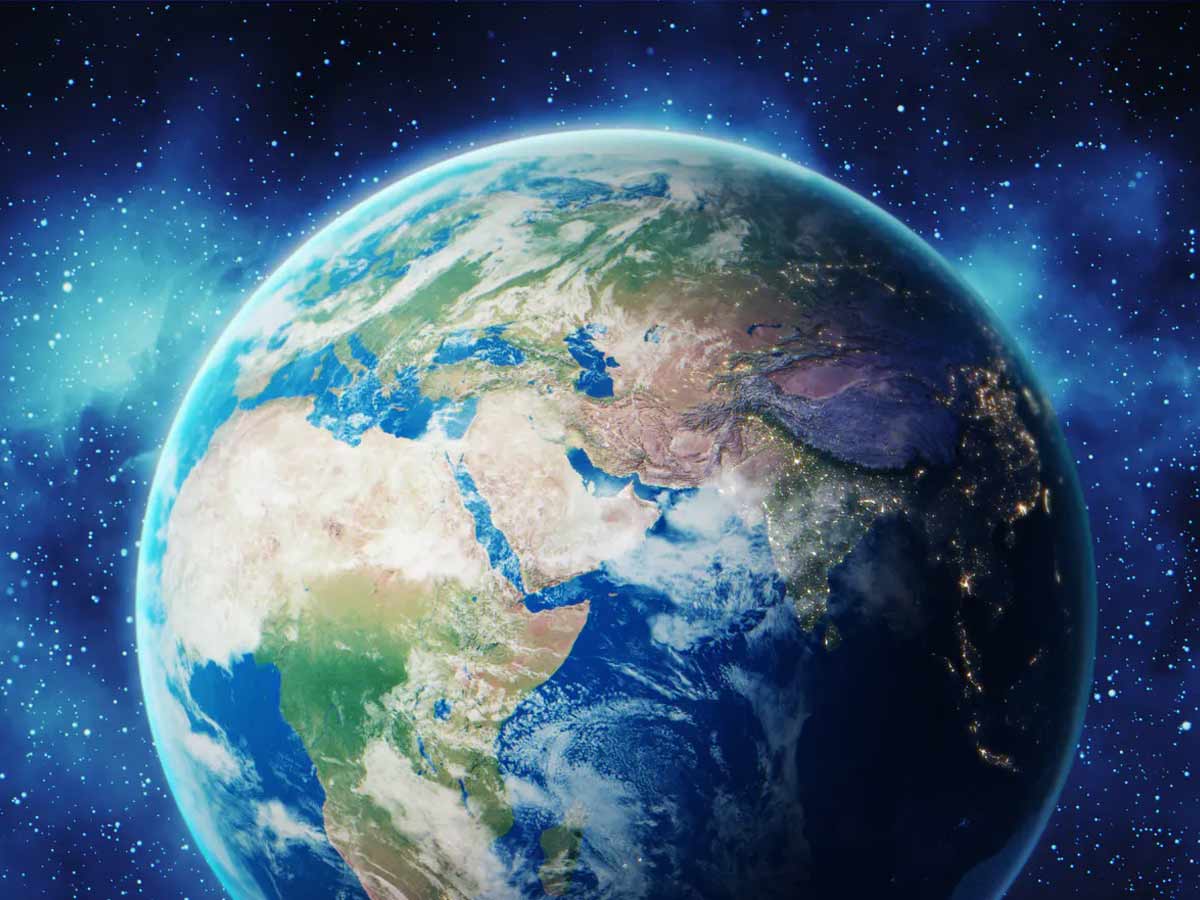 Earth developed over 4.5 billion years ago. Within the first billion years of Earth’s existence, life emerged in the oceans. It started to influence the atmosphere and soil, resulting in anaerobic and, later, aerobic organisms. Some geological evidence suggests that life could have emerged as early as 4.1 billion years ago. Since then, a combination of Earth’s distance from the Sun, physical properties, and geological history has enabled life to evolve and grow. Throughout the history of life on Earth, there have been long periods of expansion, punctuated by mass extinctions. About 99 percent of all animals that have ever existed on Earth have become extinct.

10 interesting facts about the Earth!!!

Earth is not flat, but it is also not perfectly round

The Earth has never been completely circular. Since the Earth rotates on its axis, it bulges by an additional 0.3 percent around the equator. The Earth’s diameter from the North to the South Pole is 12,714 kilometers (7,900 miles), while it is 12,756 kilometers through the equator (7,926 miles). The distance between them is 42.78 kilometers (26.58 miles), or around 1/300th the Earth’s diameter. Since this difference is too small to be seen in space images of Earth, the world looks round to the human eye. According to new findings from NASA’s Jet Propulsion Laboratory, melting glaciers are causing the Earth’s waistline to expand.

Also read, Do you know this about the origin of the Planet we live on- Earth

The days are lengthening

The length of the Earth’s day is lengthening. Earth’s day would have been about six hours long when it formed 4.6 billion years ago. This had risen to 21.9 hours by 620 million years ago. The average day is now 24 hours long, but it grows by around 1.7 milliseconds per century. What’s the reason? Via the tides it helps to produce, the moon slows Earth’s rotation. Because of Earth’s spin, the direction of its tidal ocean bulges is pushed slightly ahead of the moon-Earth axis, creating a twisting force that delays Earth’s rotation. As a result, our day is getting longer — but not long enough to affect your hectic schedule.

There weren’t always many continents 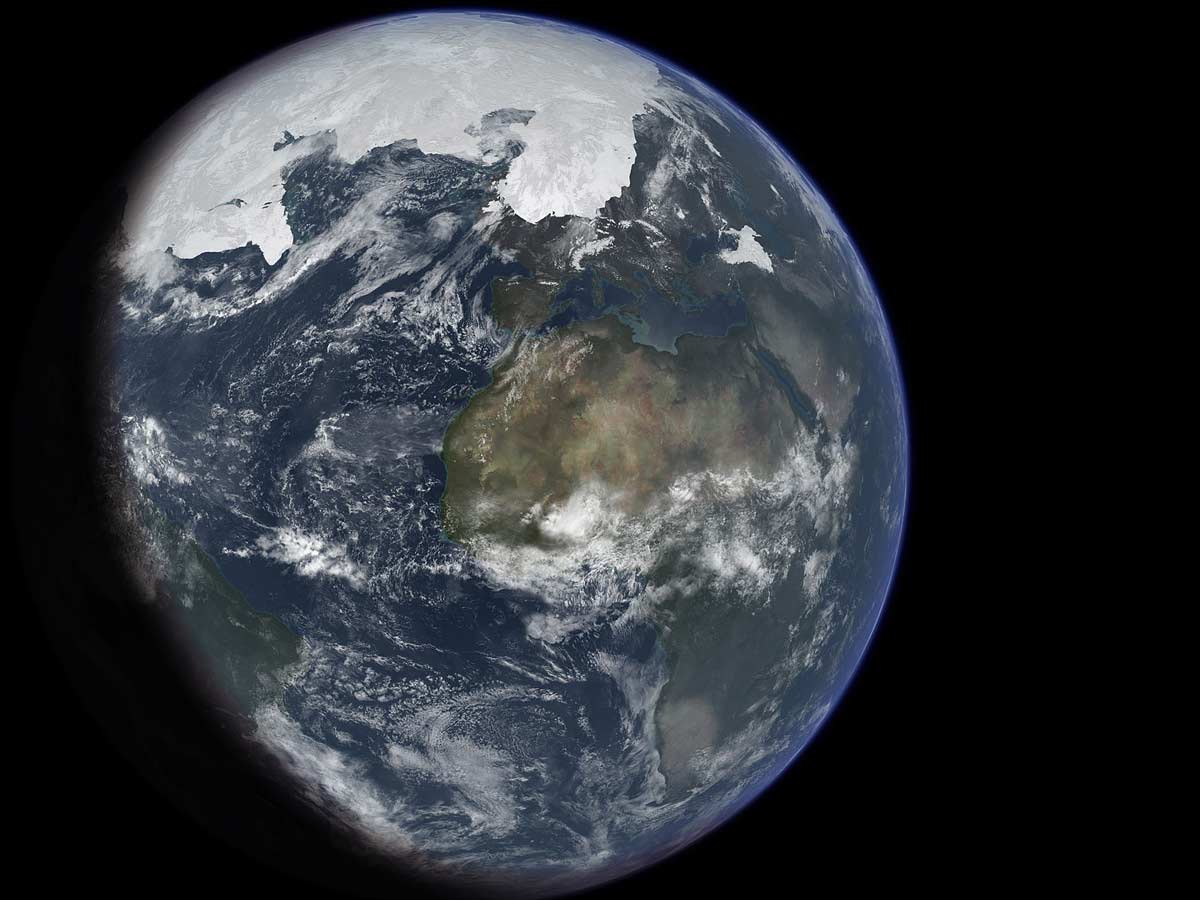 Earth experienced many drastic climate changes known as ice ages 600-800 million years ago. The atmosphere became so cold that some scientists assume the Earth nearly or fully froze many times, a theory known as the “snowball Earth.” There may have been four such cycles of alternate freezing and thawing caused by decreases in greenhouse gases, including methane and carbon dioxide. The Earth would have been covered in glacial ice from pole to pole. Since ice would have reflected the majority of the Sun’s energy into space, The surface temperature of the Earth would have been around -50 degrees Celsius (-74 degrees Fahrenheit), with the equator similar to Antarctica today. If snowball Earth existed — a point of contention — we wouldn’t have been able to feel the chill because only microscopic and basic species existed at the time.

The driest place on the planet 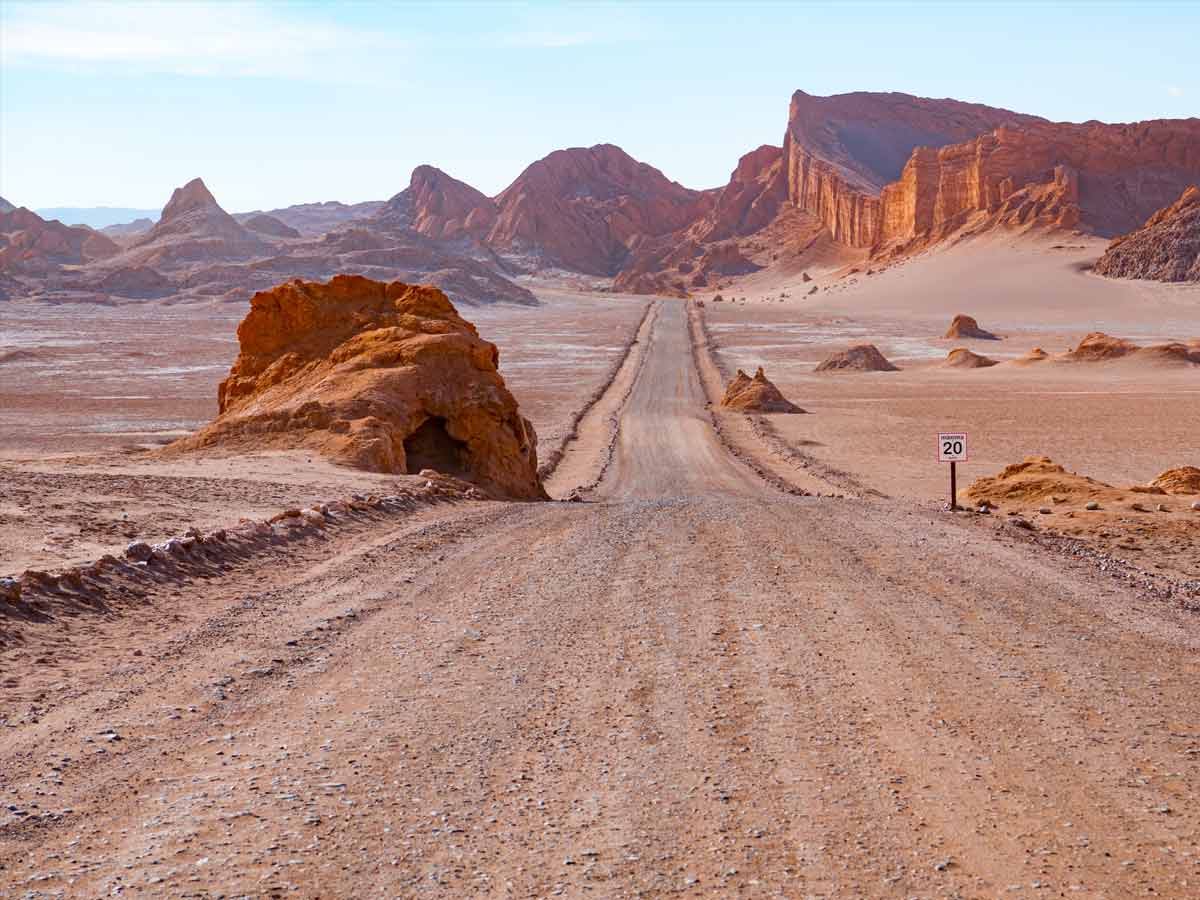 Ironically, the world’s driest location, the Atacama Desert in northern Chile, is located next to the world’s largest body of water, the Pacific Ocean. In Arica, Chile, the average annual rainfall is just 0.8 millimeters (0.03 inches). It is known that no rain fell in Atacama’s Calama city for 400 years until a sudden storm hit in 1972. Unlike other deserts, the Atacama is comparatively cold. Even in its most arid areas, it does not even support cyanobacteria. These green photosynthetic microorganisms live in rocks or under stones. NASA astrobiologists fly to the Atacama Desert in search of microorganisms that can survive in such harsh conditions, aiming to learn more about how life could exist on other planets.

The gravity on Earth is not uniform. 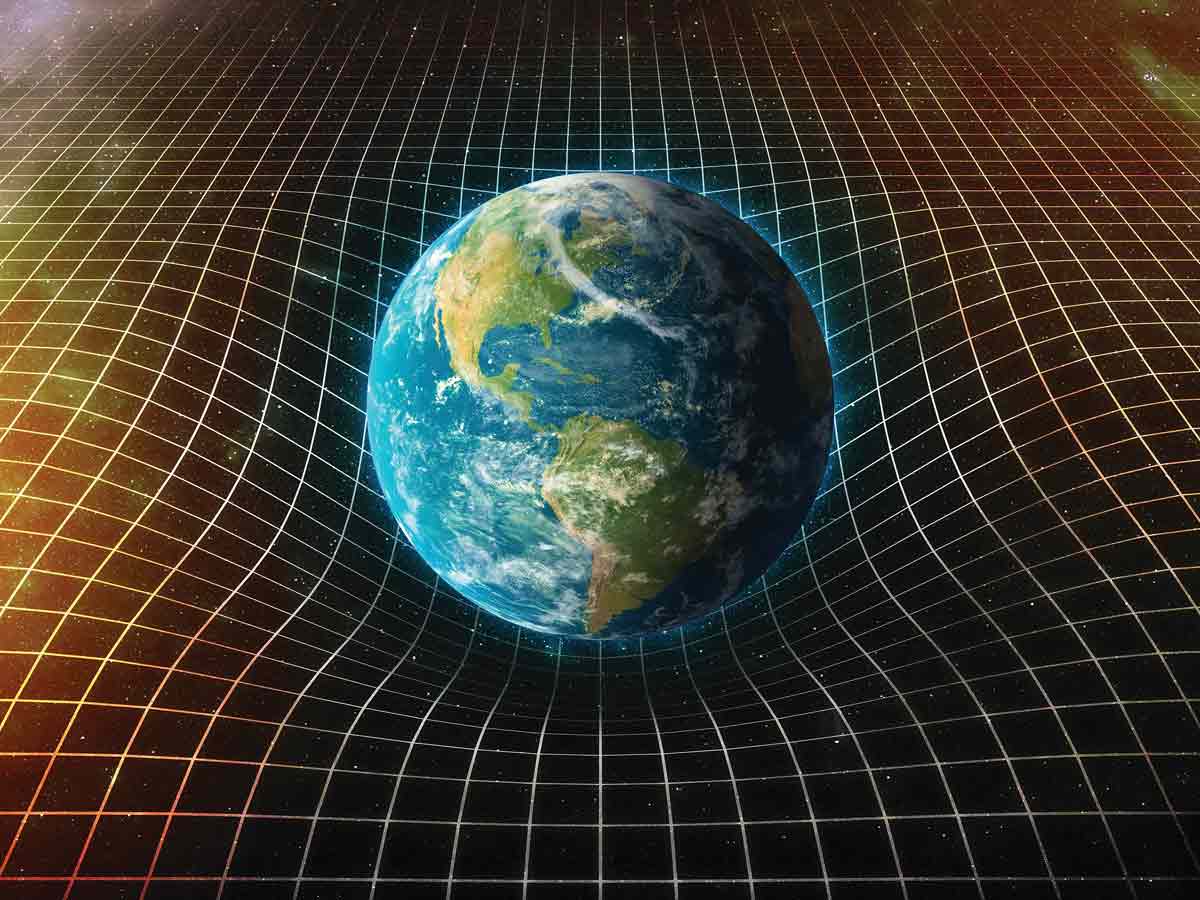 If Earth were a perfect sphere, the gravitational field would be the same everywhere. However, the planet’s surface is bumpy, and water flow, ice drift, and the shifting of the tectonic plates under Earth’s crust all alter the pull of gravity. Gravity anomalies are the name given to these variants. A mountain range, such as the Himalayas, creates a positive gravity paradox, in which gravity is stronger than it would be on a featureless, perfectly smooth earth. Negative gravity variations are caused by the emergence of ocean trenches or land dips caused by glaciers millennia.

The most recent ice advance on Earth started approximately 70,000 years ago, ended 11.5k years ago, and reached its greatest extent 18,000 years ago. During this time, glaciers and ice sheets carved out the basins of the Great Lakes. They blocked rivers, diverting the Mississippi and other rivers in the United States. Since too much water was frozen as ice, sea levels fell by up to 120 meters (390 feet), exposing sections of the ocean floor. The Earth’s sea level has also risen by up to 70 meters (230 feet) in the past. The sea was 5 to 7 meters (16 to 23 feet) higher than it is today during the last interglacial phase.

Our Sun has an insatiable appetite. 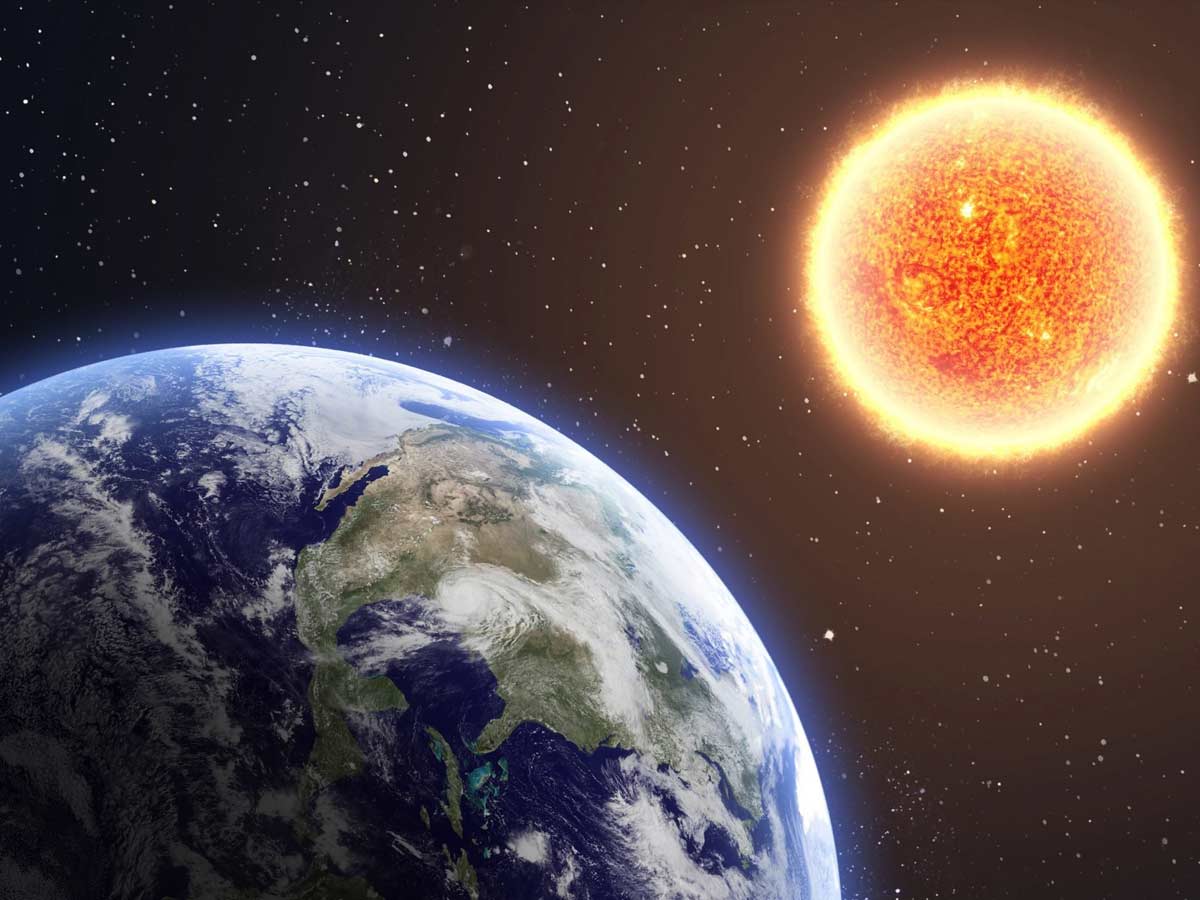 All-stars, including our Sun, age and die. Suppose the Sun’s hydrogen supply runs out. In that case, it will collapse under gravity, eventually ballooning into a red giant 100 times larger and 2,000 times more luminous, vaporizing Earth in the process. But don’t worry; that won’t happen for another five billion years or so.

One solution is to leave the Earth before this occurs, but this would necessitate previously unimagined technologies and a habitable destination. Another possibility is that a moving star will disrupt Earth’s orbit and push it away from the Sun over the next billion years.

The moon is not the only friend of Earth. 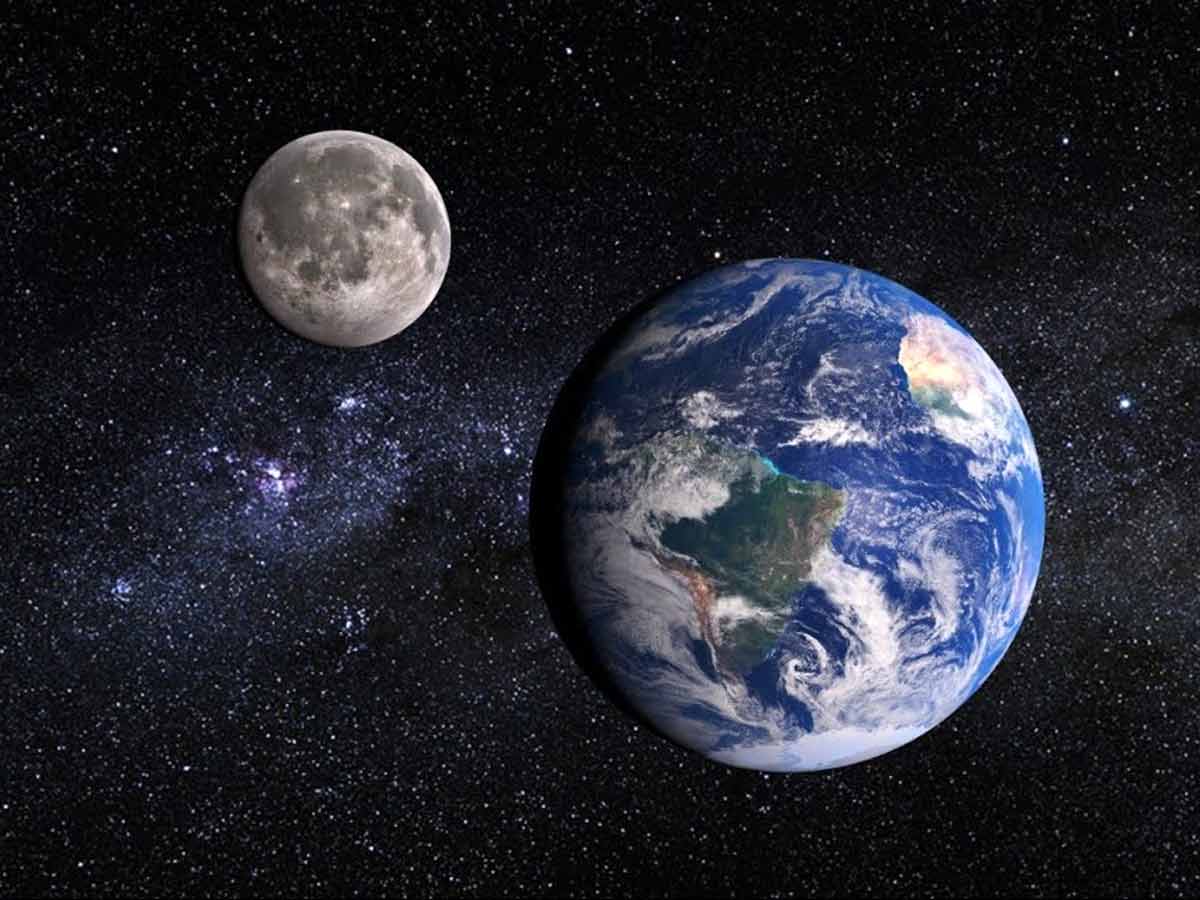 Two other bodies orbiting close to Earth are often referred to as moons. Still, they are not specifically deserving of the designation. 3753 Cruithne, discovered in 1986, is an asteroid that orbits the Sun. Cruithne seems to be pursuing our world because it takes the same period to orbit the Sun as Earth. As viewed from Earth, its orbit appears to be bean-shaped. Asteroid 2002 AA29 orbits the Sun once a year, taking a more unusual horseshoe-shaped course that takes it within 5.9 million kilometers (3.7 million miles) of Earth every 95 years. Due to its proximity to us, Scientists have proposed gathering samples from AA29 and returning them to Earth due to its proximity.

The tranquillity preceding the storm

It’s not just a myth: under the right circumstances, the calm before the storm does exist. When a storm draws humid, moist air from the surrounding atmosphere to fuel itself, it leaves a low-pressure area behind. Air is carried up into the storm cloud, with some of it being pushed upwards by strong draughts. These updrafts drain hot air and force it out over the sides of the highest storm clouds, which can reach heights of 16 kilometers. When the air descends, it becomes warmer and drier, becoming more stable. It clouds the area below and stabilizes the weather, allowing people in that area to feel calm before the storm.