Home Life Visit Chiplun: A Town Near Mumbai | A Must on your Post-Covid... 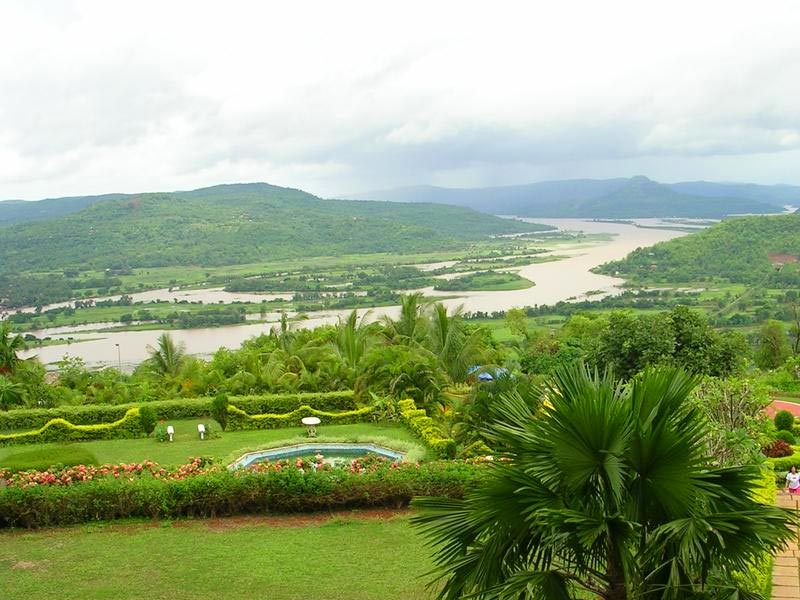 Chiplun is a city in the Ratnagiri district of Maharashtra, India. It is Ratnagiri’s financial and commercial hub, as well as the taluka’s headquarters. It is located around 320 kilometers south of Mumbai in Maharashtra’s Konkan area, on the Mumbai–Goa route (NH-66). It has a lengthy history and a rich cultural heritage. Chiplun’s name means “Lord Parshuram’s dwelling,” and it and its neighboring areas have undergone significant industrial development in recent decades. 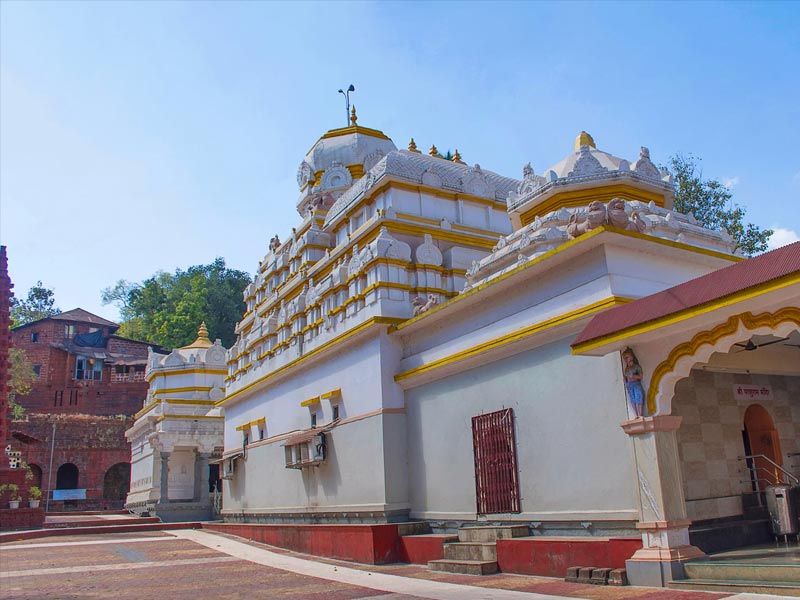 The Parshuram Temple is devoted to Lord Parshuram, Lord Vishnu’s sixth avatar. It is one of the most important Chiplun tourist attractions. Because Parashuram created Konkan territory, he is considered the Konkan region’s presiding deity. The Portuguese built the temple, while Janjirekar and Siddi contributed finances to its development. Swami Paramhansa Brahmendra renovated the temple. He was the Guru of Janjira’s Siddi Yakut Khan, Kolaba’s Kanhoji Angre, Pune’s Peshwa, Chhatrapati Sahu Maharaj, and Kolhapur’s Tararani.

Lord Vishnu’s immortal avatar is Parashurama. Parashuram waged twenty-one wars to defeat harsh Kshatriya Kings who had abandoned dharmic values. Janak or Ikshwaku, Kshatriya rulers who ruled with ethics, were not damaged. Parshurama, after that, donated the entire earth to Maharshi Kashyap. Thus he could no longer live in that area. As a result, Parshurama shot an arrow into the Arabian sea to force it back and recapture Konkan. Parshurama made the Mahendragiri mountain his permanent residence. This is where the temple may be found. Lord Parshurama is said to leave for the Himalayas at daybreak to undertake penance and return to the shrine at dusk. 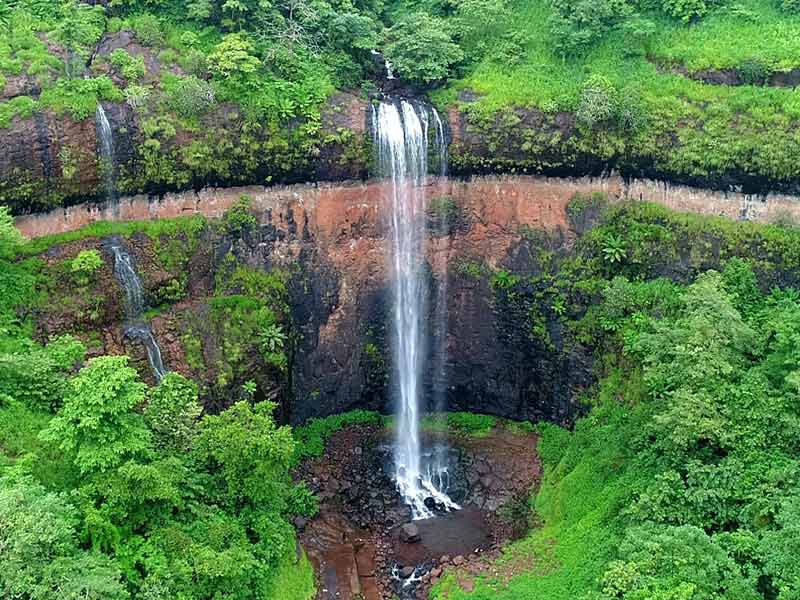 Sawatsada Fall is a seasonal waterfall located near the town of Chiplun in the Ratnagiri region of Maharashtra, India. It is 4 kilometers from Chiplun Bus Station and 4 kilometers from Parshuram Temple. It is one of Chiplun’s monsoon tourism attractions.

The Maharashtra region of Ratnagiri has numerous hidden jewels that are a joy to discover. Its natural and wild beauty catches the heart and is a visual joy, from a stunning beach to deep forests. Sawatsada Waterfall is a natural phenomenon worth seeing as part of a Chiplun tour. This massive waterfall can be seen from the Mumbai-Chiplun Road. So, if you’re short on time, you can make a brief stop here and snap a few shots. 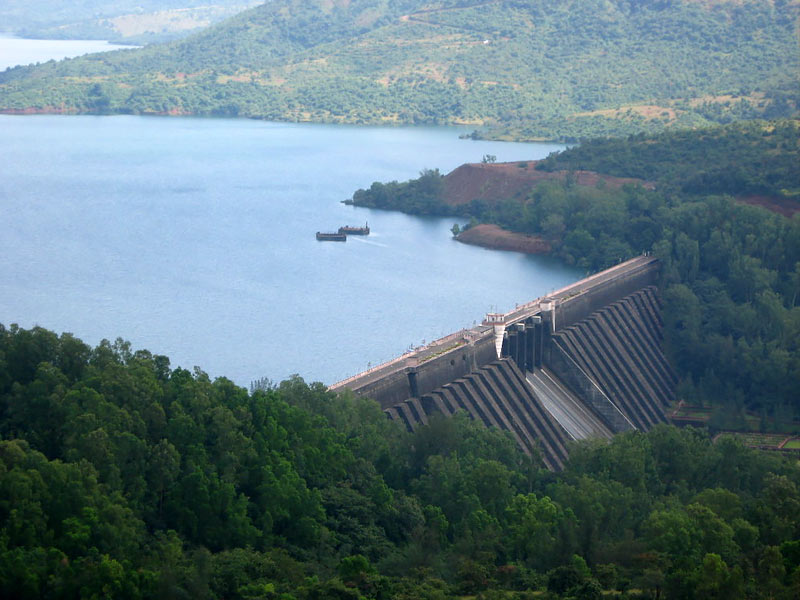 The Koyna Dam was built on the Koyna River, a significant tributary of the Krishna River. This dam was constructed in 1963 and is one of India’s most important civil engineering achievements built after independence. The catchment area of the Koyna Dam dams the Koyna River, resulting in the 50-kilometer-long Shivsagar Lake. The dam’s spillway is in the center and has six radial gates. During the monsoon season, the dam serves an important role in flood management.

Also Read, What to do in Saputara Hill Station 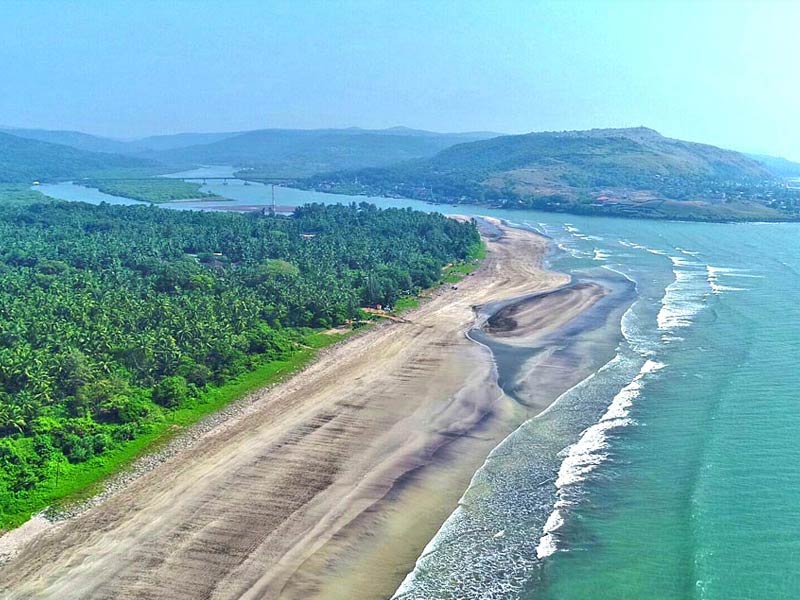 Anjarle Beach, one of Dapoli’s most gorgeous and quiet beaches, is fascinating with its tall palm trees and crystal blue waves. The beach is located near the lagoon of the river Jog, which is roughly 2 kilometers long, and the beach’s coastline is likewise smooth. The highlight is the white sand, which is stunning in the sunlight when the sun’s rays fall on it and shine brightly like a diamond. Overall, the turquoise waters and white sand give the area a pure appearance, and the mood is ideal for a holiday. It is one of the most popular Chiplun tourist destinations. 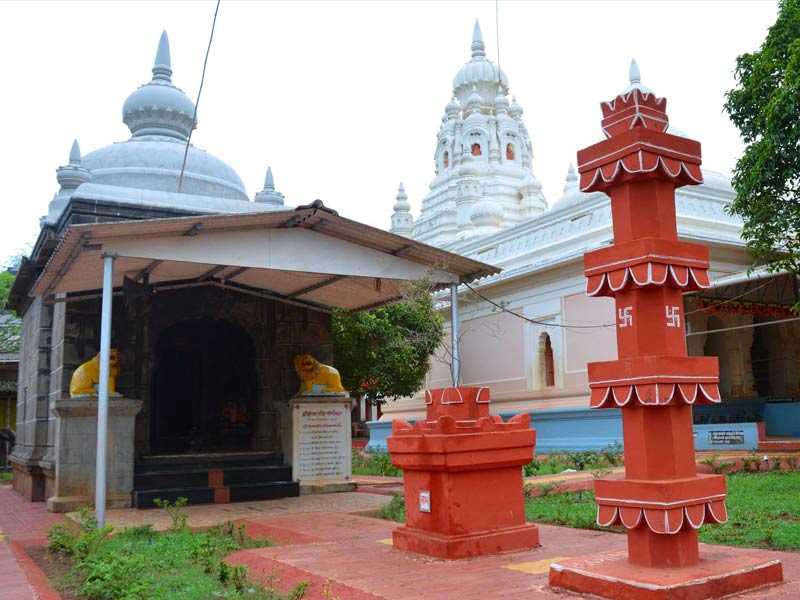 The Kadyawarcha Ganapathi Temple, dedicated to Lord Ganesh, is thought to have been built in 1150 AD with wooden pillars. It is a three-tiered edifice that was restored in the 18th century. Ganapathi in this temple has a trunk that curves to the right, as opposed to other idols, which have a trunk that curves to the left. Devotees believe that Kadyawarcha Ganapathi is a living deity who will rescue them whenever they are in distress. 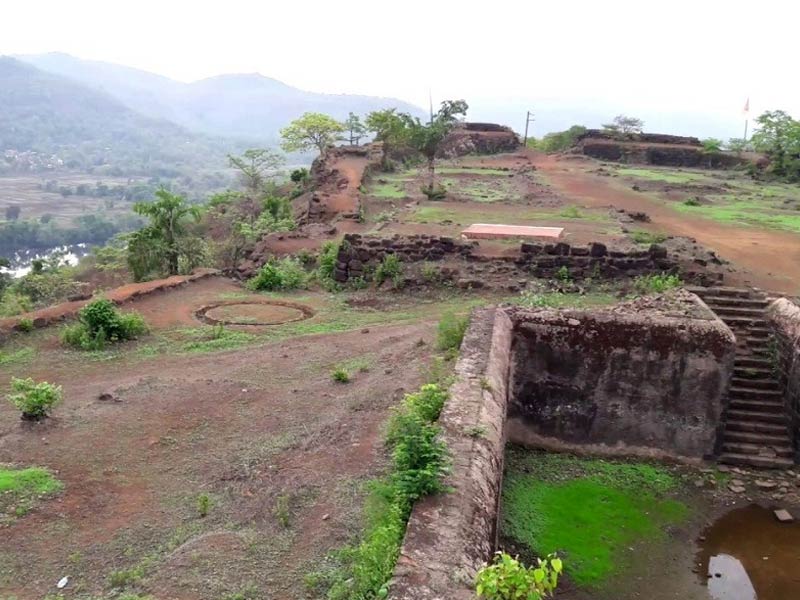 The Gowalkot Fort is a small hill fort located in Gowalkt near the town of Chiplun in the Ratnagiri region of Maharashtra, 5 kilometers from Chiplun Bus Station. It is one of the historical forts in the Konkan region and one of the must-see tourist attractions in Chiplun, located on the southern bank of the Vashishti River.

Gowalkot Fort is spread across 2 acres of ground and is flanked by the river on three sides and a trench on the fourth. This fort is claimed to have been built by a king named ‘Chougle.’ In 1670, Chhatrapati Shivaji Maharaj seized it and christened it to Govindgad. His son, Chhatrapati Sambhaji Maharaj, however, lost the fort to the Siddis. In 1736, Chimaji Appa, Peshwa Bajirao’s younger brother, murdered King Siddi Sat in combat and took over Gowalkot Fort. Tulaji Angre took control of the fort in 1745 and held it for a decade. The Peshwas reconquered the fort in 1755. The British took control of the fort in 1818. 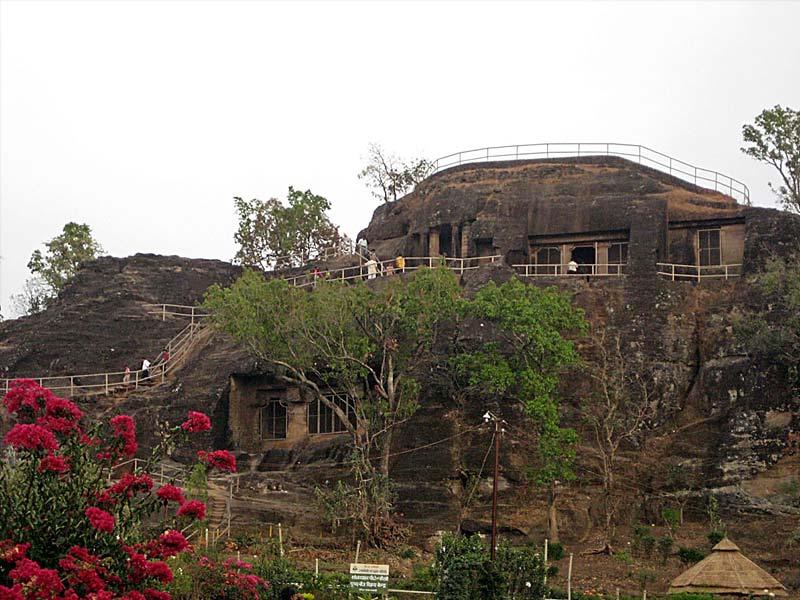 Pandav Caves is a series of Buddhist caves located in Chiplun, 2 kilometers from Chiplun Bus Station. It is a historical site in Maharashtra and one of the most popular locations to visit in Chiplun.

Pandav Leni, also known as Chiplun Caves, has three caves associated with the Buddhist religion, as evidenced by the building. The main cave houses a Mahadev temple. The left cave houses a trunk, a photograph of the goddess Lakshmi, and an antique idol. The stupa inside the first cave appears to have been smashed and later turned into the Mahadev temple. The laterite well near the Datta temple is supposed to have been erected by the Pandavas, giving rise to the caves’ name.