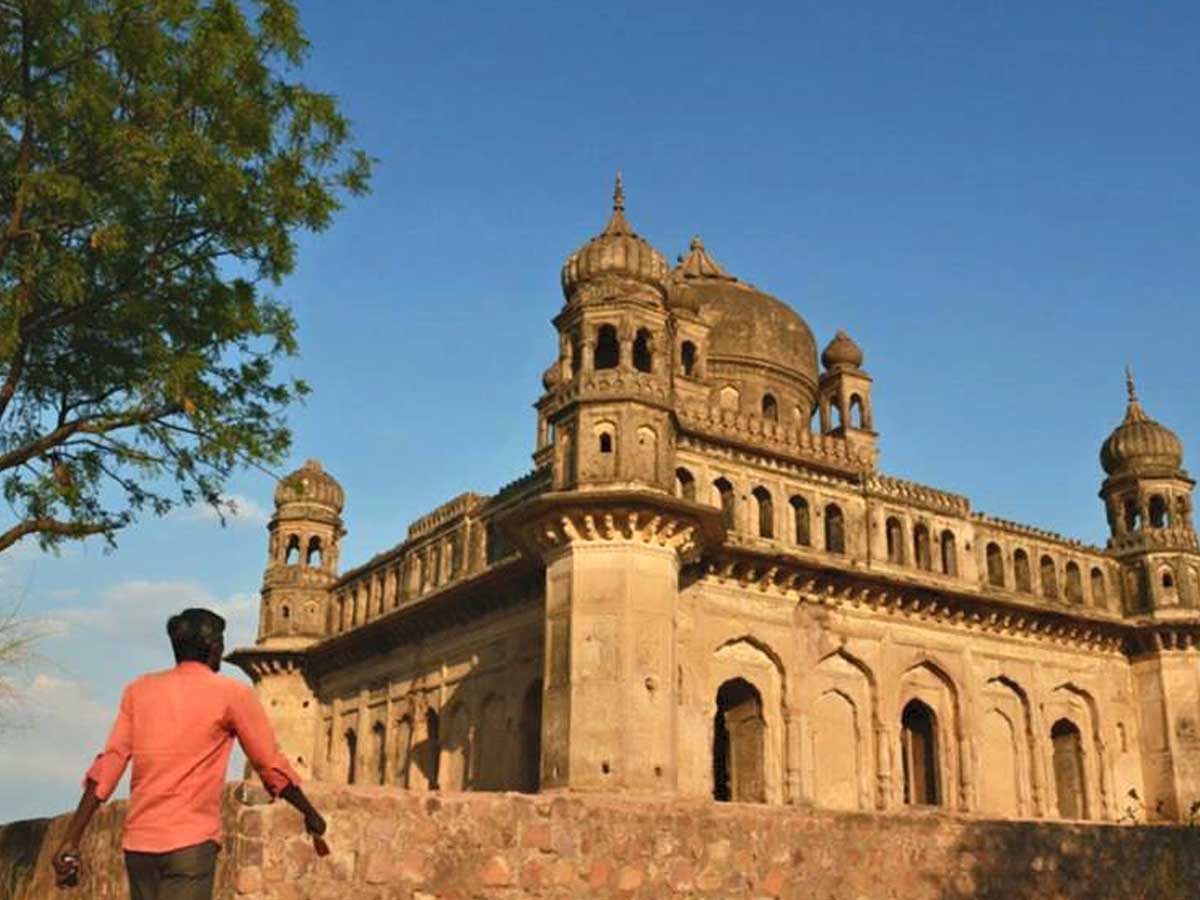 After the Bollywood film Bajirao Mastani, the gripping story of the romance between Mastani Bai and Peshwa Bajirao gained fame. But we had no idea that the story, as old as time itself, had a history in the city of Pune as well.

There is a historic building right in the city that proves the fairytale of the stunning warrior princess and the valiant heart king existed. Did you know that the enthralling Raja Dinkar Kelkar Museum owns a portion of Mastani Mahal? No, we’re not joking. According to historians, there used to be a Mastani Mahal in Kothrud once upon a time.

Dr. Dinkar G. Kelkar retained some of the Mahal’s remains and recreated the palace’s glory at the Raja Dinkar Kelkar Museum after it was destroyed. 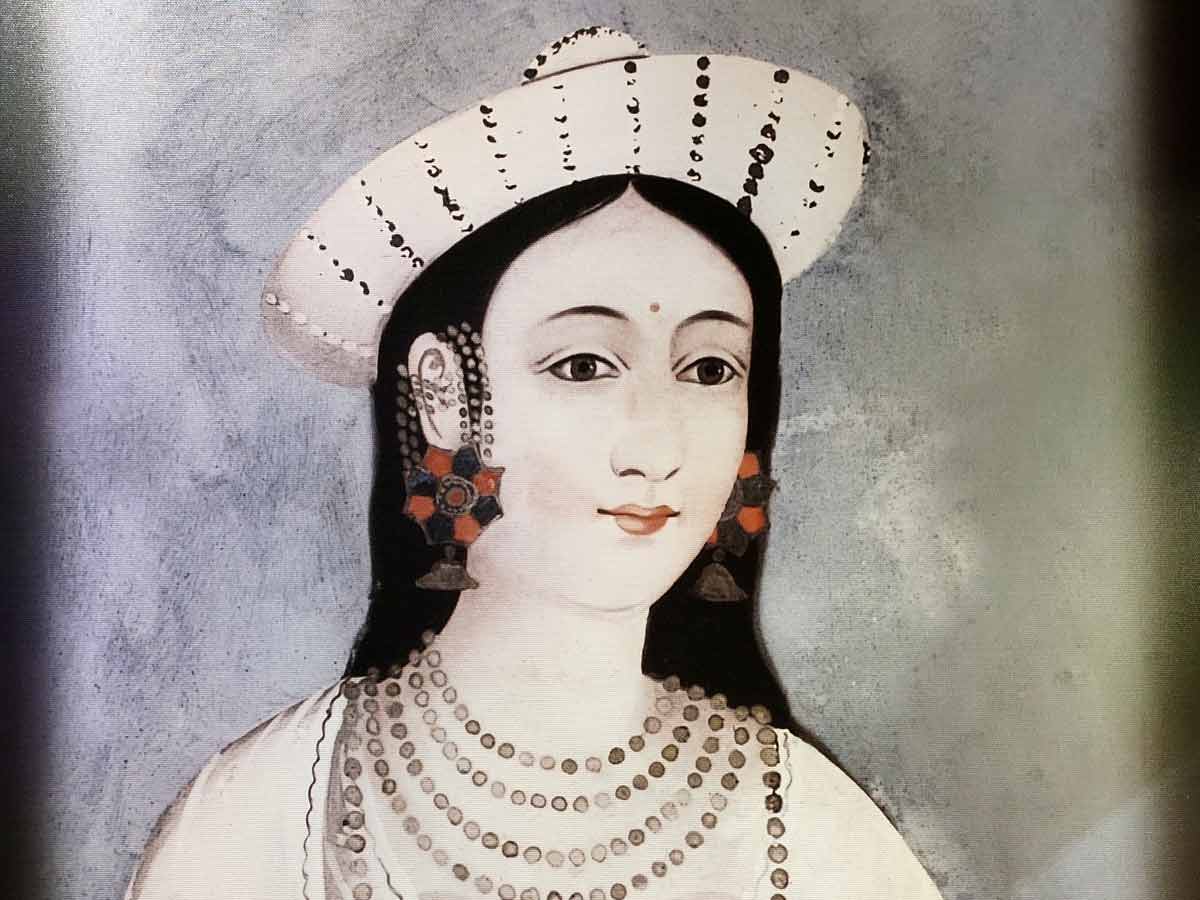 As the stones and woodwork installed in the Mastani Mahal (Kelkar Museum) were retained from the original site, a piece of history still breathes in the museum. The fact that what remains of the Mastani Mahal is merely a symbolism and reproduction of the actual site, the museum has managed to retain the poetic vibe of the location.

Although space has been redesigned and resigned, those in charge have continued to maintain the poetic vibe of the space.

The impeccable and elaborate architecture, vivid sculptures, and massive chandeliers are enough to capture the 17th century’s grandeur. 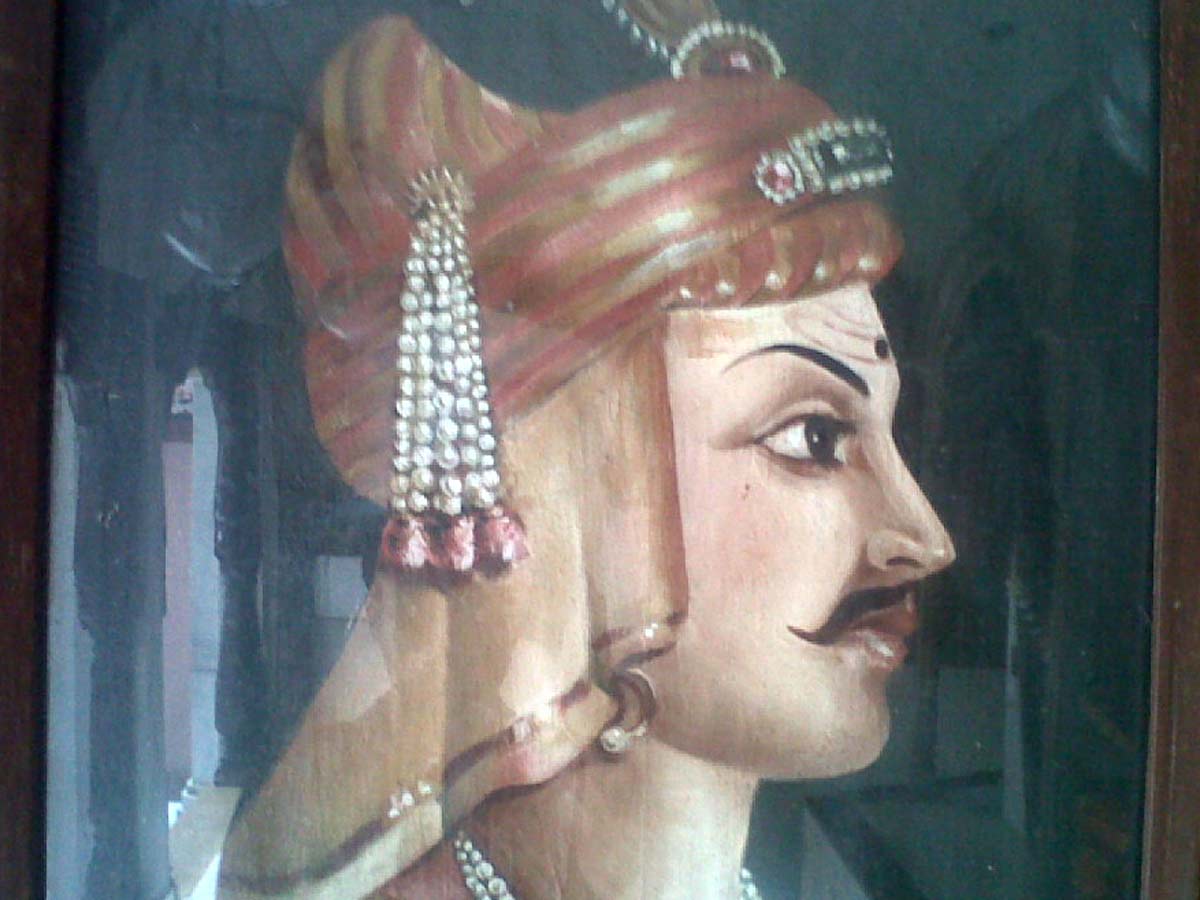 It is undeniably a reminder of Pune’s glorious past, and visiting this palace would be nothing short of a time machine for you. The antique look of the wooden panels running along the halls will leave you speechless. It would not be unfair to conclude that the romance of Bajirao and Mastani has stood the test of time, and its presence can still be felt in the palace, also known as the Raja Dinkar Kelkar Museum.

5 Reasons you Must Visit Mastani Mahal

While the museum only houses a small portion of the grandeur of Mastani Mahal, its supposed past is what draws the most visitors. Mastani Bai was Maharaja Chhatrasal Bundela, the king of Bundelkhand, and a court dancer. She was Peshwa Bajirao I’s rumored, lover. Peshwa Bajirao I designed Mastani Mahal in Kothrud as a home for Mastani Bai because she could not live with the rest of his family. 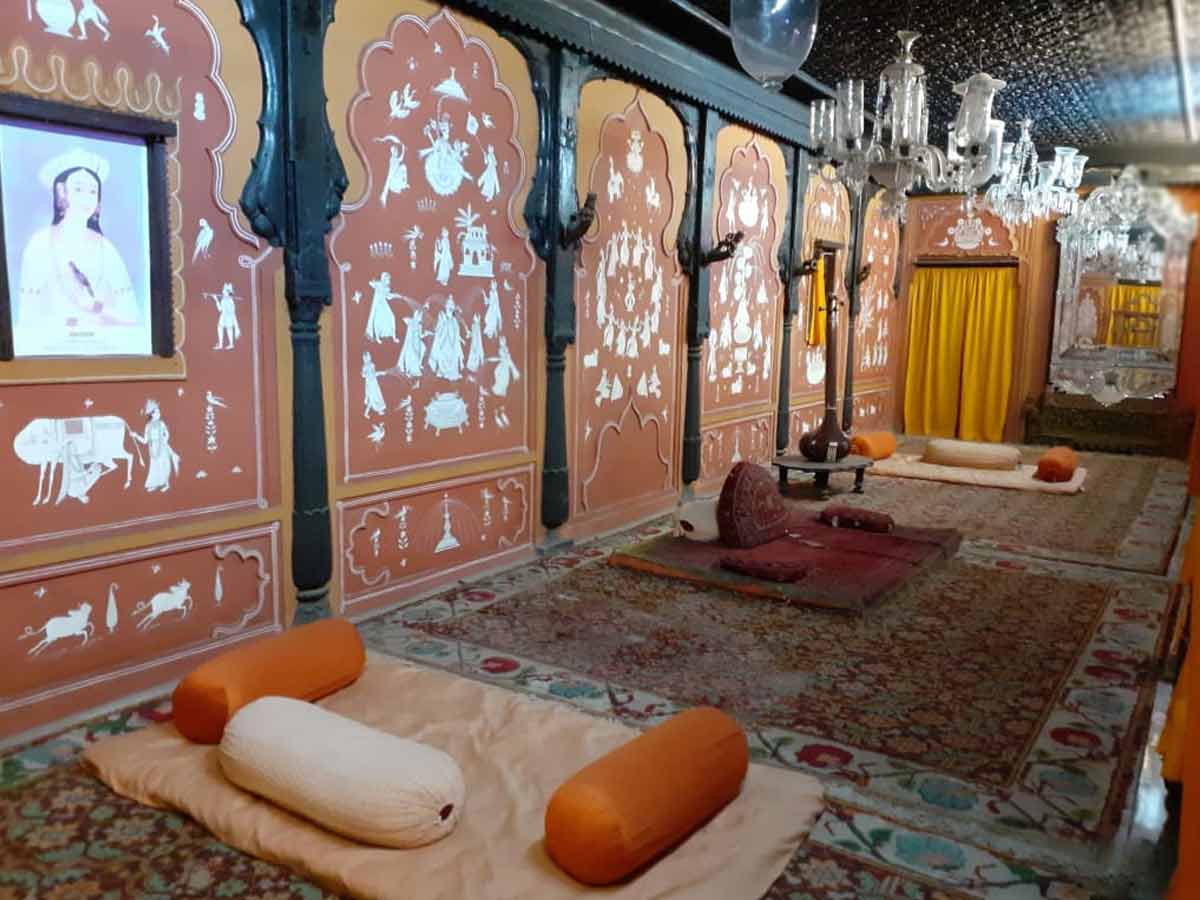 The heritage that has been preserved

Mastani Mahal was originally in Kothrud, but it had been neglected and disappeared along with its past for several years. Dr. D. G. Kelkar, the museum’s architect, destroyed the historical palace with the aid of artisans and rebuilt a portion of it in the museum. However, this brief snapshot will allow you to imagine the palace’s grandeur.

Parts of the Original Palace

Space has been recreated with floor seating and cushions. The ceiling is adorned with beautiful chandeliers, and artwork is displayed on the walls. Mastani Bai’s musical instruments are also on display. The woodwork behind the seating arrangement, on the other hand, is from the original Mastani Mahal. The elaborate patterns and carvings could have only been made during the Peshwa period. Imagine Mastani Bai getting ready in front of the silver mirror, carried in from the original Mahal.

Intricately carved wood panels extend along the corridors, providing an insight into what life was like in the corridors of Mastani Mahal. The ceiling is also adorned with decorated woodwork and antique chandeliers, which are typical in Maratha monuments. And you might get lost here, imagining Mastani and Bajirao wandering down the Mahal’s then-endless halls. 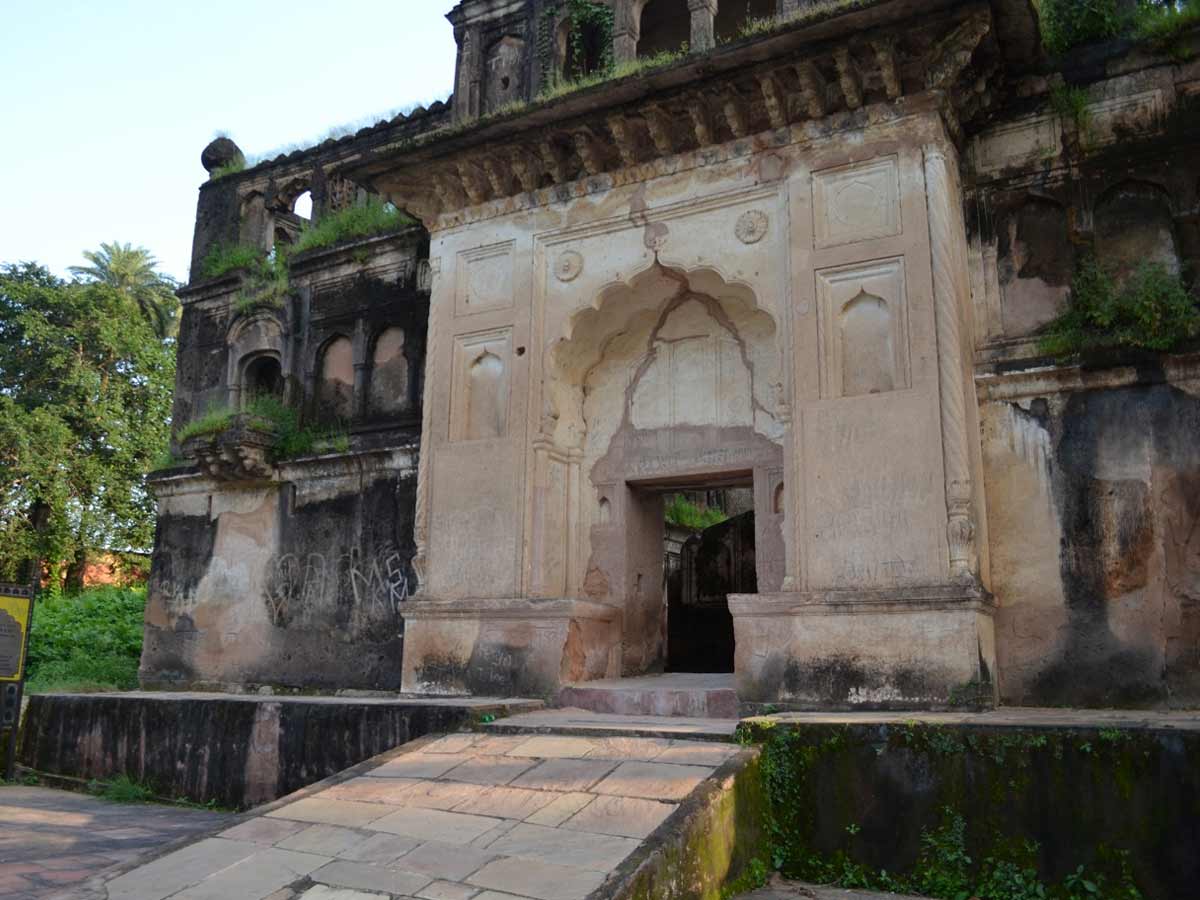 While there are many examples of Maratha and particularly Peshwa architecture in Pune, Mastani Mahal was also designed along similar lines. During the Peshwa reign, the Wada architecture, also known as courtyard architecture in modern times, was introduced. However, the architecture was influenced by the Mughals, Gujarat, and Rajasthan. You can see a lovely amalgamation in what is left of the Mastani Mahal if you look closely.